Tatsuo Miyajima / Numbers: the key to the universe

Tatsuo Miyajima / Numbers: the key to the universe

The visual repertoire of Japanese artist Tatsuo Miyajima embraces an amalgamation of technology and philosophy entwined in an intricate way that pronounces aspects of life cycle and spiritualism. Born in Japan in 1957 and having completed graduate and postgraduate studies at the Tokyo National University of Fine Arts and Music in 1986, the artist initially developed an interest in performance, which was soon taken over by sculpture and installation.

With direct references and influences from the natural environment of his home country and reflecting upon environmental issues across the planet, his work focuses on notions of life, death and re-birth. At the same time, Buddhism has had a major impact on his perception of the world as seen through the filter of meditational realm and esotericism. Since almost the beginning of his career, the countdown of numbers from 9 to 1 has been playing a pivotal role as these appear in all forms and shapes through the employment of digital Light Emitting Diode (LED) counters in multitudinous combinations. 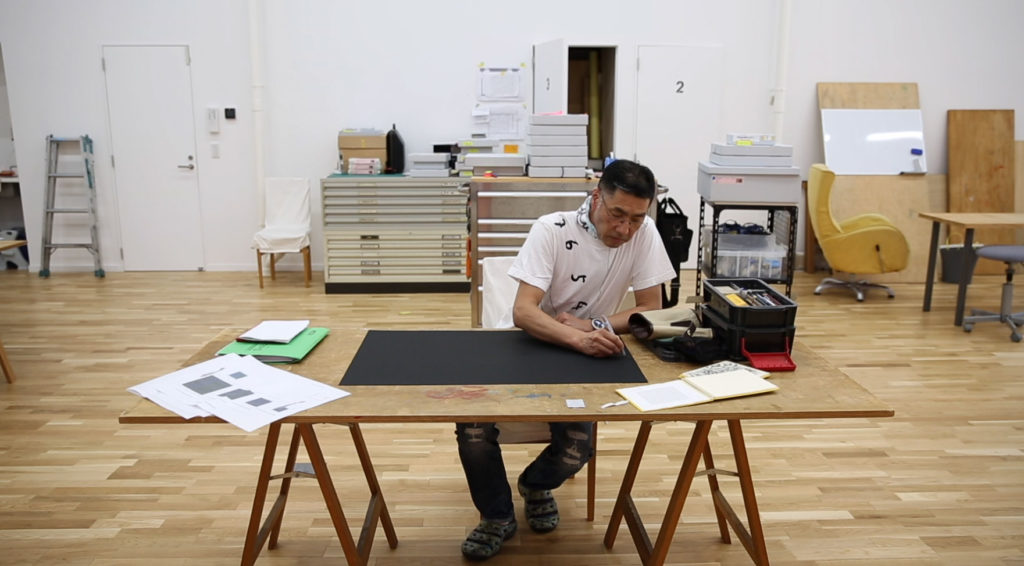 For Miyajima, the significance of time and space, not just within the context of every day life but also with regards to the continuation of existence and human life, impregnates an omnipresent performative element. It is not coincidental that he believes his works do the performing instead of him, hence the reason he stopped his ‘performing installations’ and ‘performing objects’ that he engaged with earlier in his career and, aligned with his opinion, only last a brief moment in time as opposed to the longer duration of an installation. The utilisation of digits from 9 to 1 – a recurring pattern in his practice – establishes a symbolism of continuity, flux, eternity and a never-ending pulsating energy whose source is unlimited and unexpendable. Zero never appears in his visual language. It represents the end and termination and according to Buddhism this may happen only when reaching the state of nirvana leading to nothingness, emptiness and non-self; an undesirable condition for most. Miyajima consequently omits zero from his countdown, concurrently placing emphasis on three concepts that characterise his modus operandi: ‘keep changing’, ‘continue forever’ and ‘connect with everything’. These principles articulate an ontological determination imbued by the process of understanding the fundamentals of being and non-being. Miyajima’s works range from smaller scale wall pieces to room size works such as Mega Death presented at Venice Biennale in 1999 (commissioned by Shiota Jun’ichi) as well as colossal site-specific installations. 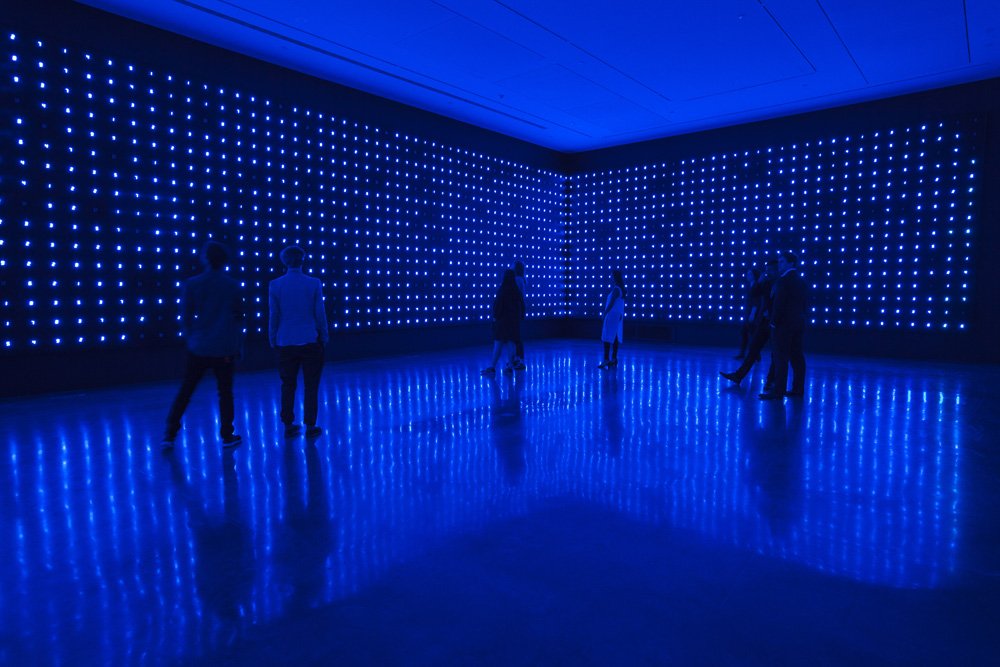 Some of these are Time Waterfall shown at the International Commerce Centre in Hong Kong in 2016, where numbers of different sizes appeared on the façade of the 490m high building and, a few years earlier, Counter Energy and Market (Blowin’ in the Wind) (2012) that covered the surfaces of Hyosung Corporation building again with numbers of variable sizes and colours. The presentation of such works in immediate dialogue with intense urban surroundings automatically turns them into social sculptures echoing the vibrations of fast pace life while seeking to register and embody the architecture of life itself.

Colour embraces its own importance and gravity in the visual vocabulary of Miyajima. It is a symbol of an idea, of a hidden meaning, of a principle. Another very important element for him is the presence of the viewer who activates the work, giving life and purpose to it. An artwork cannot exist on its own without the viewer’s interaction, therefore an artist is not a real artist if the audience is absent. This ongoing conversation between the two is what drives the artist. Like communicating vessels, they are destined to co-exist and feed each other with energy and spirit 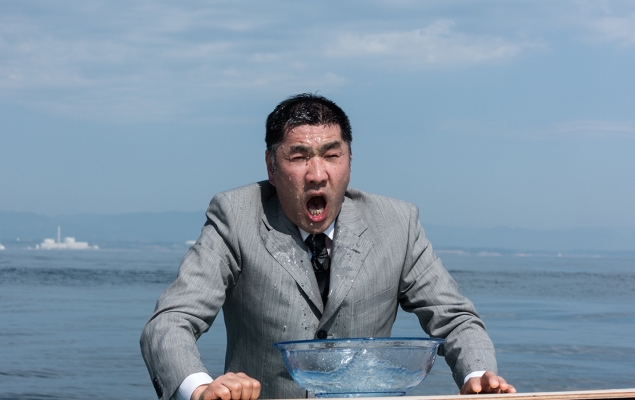 Technology could perhaps appear as an oxymoron in Miyajima’s oeuvre. What would one least expect from a trained oil painter is to use wires, robotics, gizmos and LED counters instead of canvases, paints and brushes. But for him, these are the only possible tools of expression, the ways he can develop his own discourse on our universe, the cosmic balance and the connection with the human spirit and soul. Miyajima’s practice is a self-portrait of life itself. It conveys an awareness of selfhood and society, simultaneously extending his perception of being by allowing the viewer to subconsciously enter another level of reality beyond the physical.