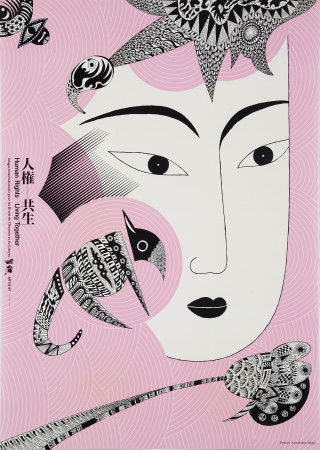 The exhibition ‘Colorful Japan’ shows 226 Japanese posters in the Gallery of Honor of the Stedelijk Museum – from floor to ceiling.

The exhibition showcases a cross-section of Japan’s unique graphic design with work by designers such as amongst others Hiroshi Ochi, Kazumasa Nagai, Ikko Tanaka, Yusaku Kamekura, Mitsuo Katsui, Shigeo Fukuda, U.G. Sato, Ken Miki and Eiko Ishioka. The oldest poster dates from 1937, the most recent from 2018. One wall of the exhibition is devoted exclusively to the internationally-famed graphic designer and artist Tadanori Yokoo. In 1974, with the help of Watano, the Stedelijk was the first European institute to display his work.