Walead Beshty´s artwork takes on the archetype of a traveler as they acquire meaning in their journey around the world. The somewhat damaged outcomes of his work are co-produced through largely globalized systems that concern the crossing of borders. These include packaging standards, global distribution methods and border control systems. 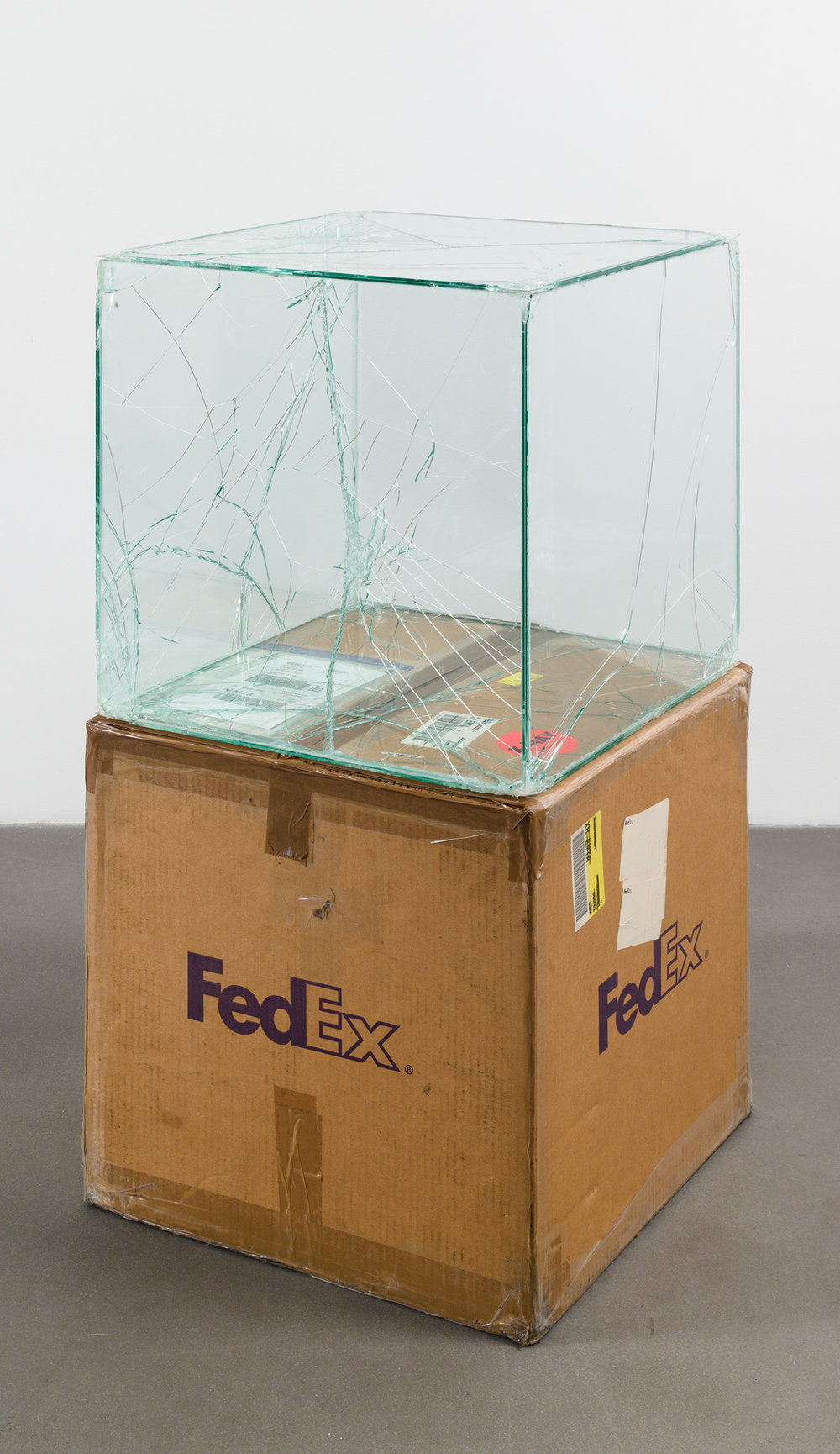 If you read the above as a shipping document, you are not mistaken. Indeed, this descriptive fragmented sentence is both a shipping label and the name of one of the artworks in Walead Beshty’s most iconic series, FedEx Glass Works. A living project, comprised of several laminated see-through glass boxes of different sizes and dimensions displayed next to their corresponding FedEx shipping box in which they were transported. The names/labels which can run three lines long serve as both a historical record of the artwork’s journey and a linguistic manifestation of the relational aesthetics embedded in Beshty’s art practice.  Certainly, if one could sum up the wide range of Walead Beshty’s artistic oeuvre in a few words then “tangible transparencies” would be a fitting definition.  Whether it is via “flat”  outputs like his photograms or three-dimensional artefacts like the FedEx boxes, Beshty’s work is a reflective poetic acknowledgement of the entire creative process.  His full disclosure of the creative output doesn’t regard just the relational aesthetics during the set-up and display stages but also accounts for the materiality and the procedural development of the object creation. His photograms may be viewed as an artistic investigation of the medium itself.  They reflect his interest in the material components of photography rather than in the final image and its composition.  They are made by exposing photographic paper to light using predetermined set of rules which Beshty changes and adjusts while in the darkroom.  He explains “I think of it kin to game or gambling where a game is important not because of the outcome … parameters of that game are what make that game significant or create possibilities and I am more interested in these forces and how these forces can play out”. 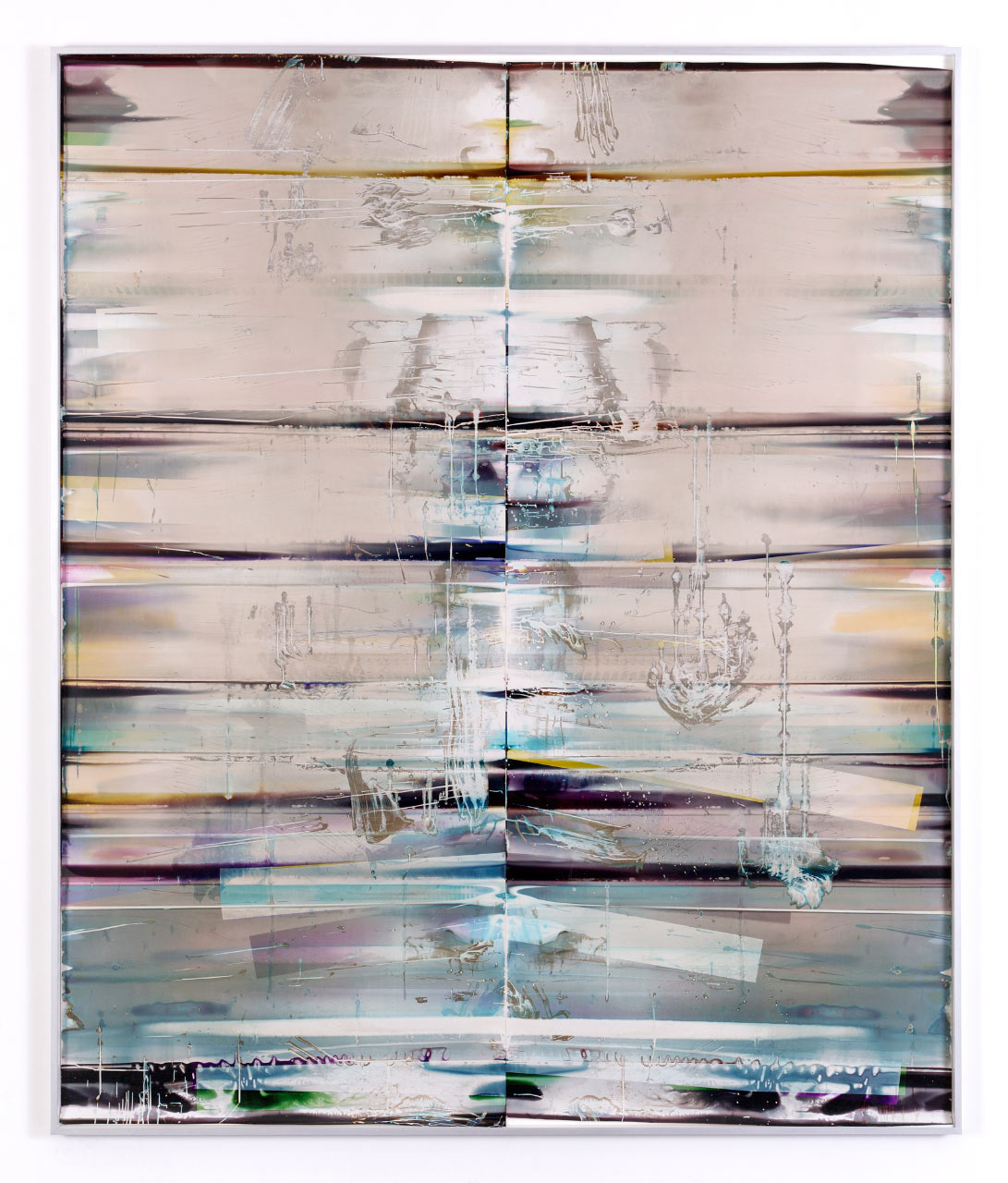 Beshty’s photographic examination of the medium can be traced to a long lineage of experimentation starting with Man Ray’s rayographs in the 1920s and continuing with Beshty’s contemporaries such as James Welling and Liz Deschenes. However, unlike them, Beshty does not limit his artistic inquiry of medium materiality to photography alone. In his recent works which were displayed at Regen Projects gallery in Miami in 2018, Beshty experimented with ready-made sculptures and copper. He explains that “a meandering set of questions found a kind of form within an art context for me.”  These questions revolve around the same persistent theme of his practice, that is the analysis of the creative process and material transparency. Why and how do things appear the way they are to us? What is the relationship between an object and its frame or support structure? Stemming from the belief that all the forms of reception and production are fluidly integrated, Beshty’s latest artworks attempt to compose a narrative to showcase “how objectes were integrated into the systems that generated them”. For example, in his 2014 Transparencies photograms, Beshty exposed photographic film to airport security x-ray machines obtaining unplanned blue colour variation planes. It was the journey of the reactive photographic paper to its surrounding environment that shaped the outcome. 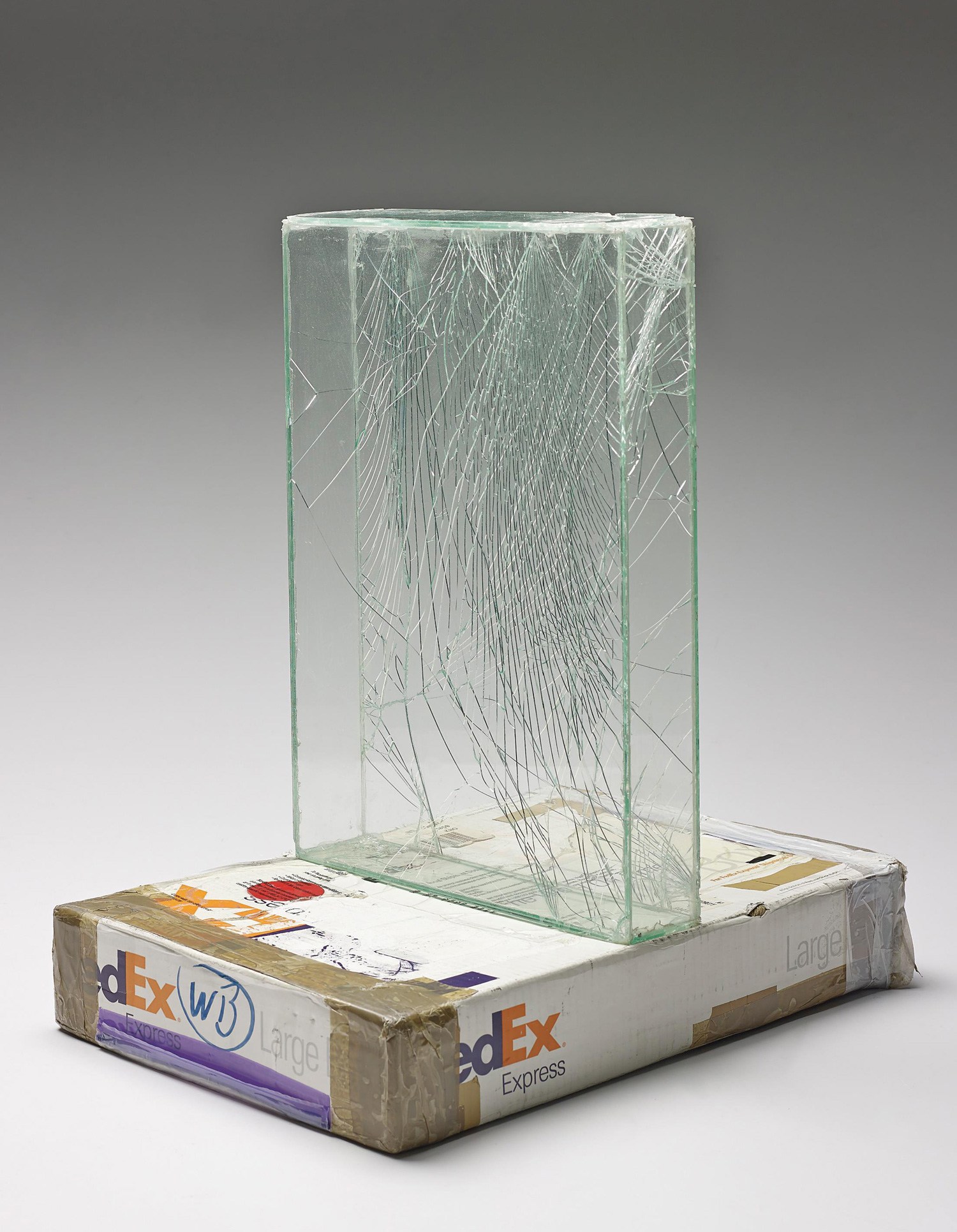 Similarly, the high reactive quality of copper is what prompted Beshty to use it in his 2017 Surrogates modular artwork and subsequent metal sculptures thereafter.  He explains, “what initially intrigued me about copper was the way it was so reactive to its physical circumstance … reflective and mirror-like … it casts an image of its surroundings as it absorbs the effects of those surroundings”. Beshty’s unwavering fascination with the materiality of the object, its production process and its contextual reception continues to be the driving factor of his artistic inquiry.  He may work across different forms from photography to performance art (Mirrored Floor Works, 2009) and he may produce artworks of different sizes, shapes and colour, but the essence of his work always remains the same.