Mexican artist Gabriel Dawe takes his first steps in the field with an academic background in design, graduating in 1998 in Graphic Design with honors at the Universidad de Las Americas, in Puebla, Mexico and then earning a Master in Fine Arts specializing in Art and Technology in 2011 at the University of Dallas, Texas, where he now lives and works. Through exploration and experimentation he develops an interest for textile artifacts and embroideries, then beginning his artistic investigation involving the threads, the fabrics, the materials and their environment. As he points out himself, it was his grandmother, who dedicated herself to this practice, that caught his attention from an early age but, despite this, he never found the courage to ask her about sewing lessons, held back by social conventions. When Dawe talks about his work he never misses the opportunity to reiterate that this type of activity is generally associated with women and is not intended to be suitable for the small children of Mexico City and therefore his artistic work begins by examining the complicated construction involving gender and identity in his native Mexico and attempts to subvert the notions of masculinity prevalent today. 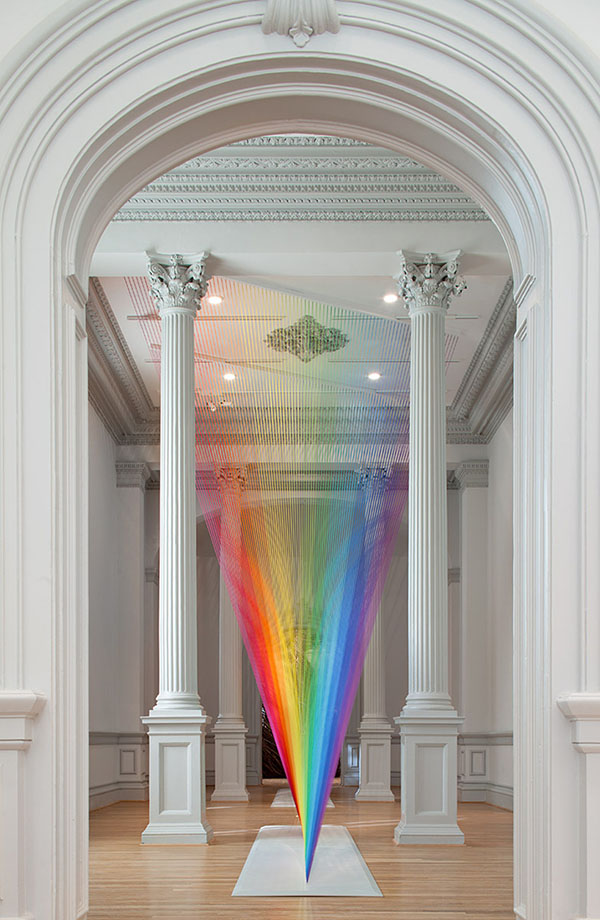 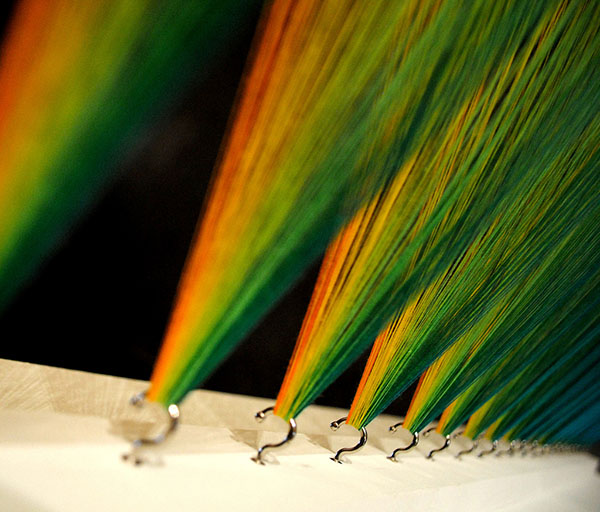 In the presence of an installation by Gabriel Dawe one is immediately pervaded by a feeling of wonderment, immersed in the vision of a spectrum of light magically materialized in front of us, the multicolored thread captures our eye and the complex structures challenge our perception of space. Moving from the bigger picture and investigating the details of his pieces, one immediately realizes that Dawe’s practice is a meticulous work and that the color does not come from a projection, but that the “rainbow”, the “material prism”, is a complex structure composed of individual parts that interact with the environment in which they’re placed, from the walls to the floor; thousands of individual strands saturated with bright colors are mounted through hooks and create intricate multi-color forms of sewing threads that dominate the space. Stunning installations and complex compositions that can also be intended as metaphors for social structures and the restrictions that often govern our daily lives.