Where to find artistic research? The OP_FAME conference in Wroclaw

Where to find artistic research? The OP_FAME conference in Wroclaw

There is one specific feature connected with debates about art – they need constant updating. During their continuance, relevant goals appear, but are usually forgotten. For several years, the sphere of smart and skillful self-promotion and the functioning of visual artists in the world of art became a key theme. The dynamic development of this need has led to the moment when the artist is required to keep track of and improve his promotion strategies. The Openheim institution located in Wrocław Old Town turned out to be a new platform of ideas conducted by this concept. 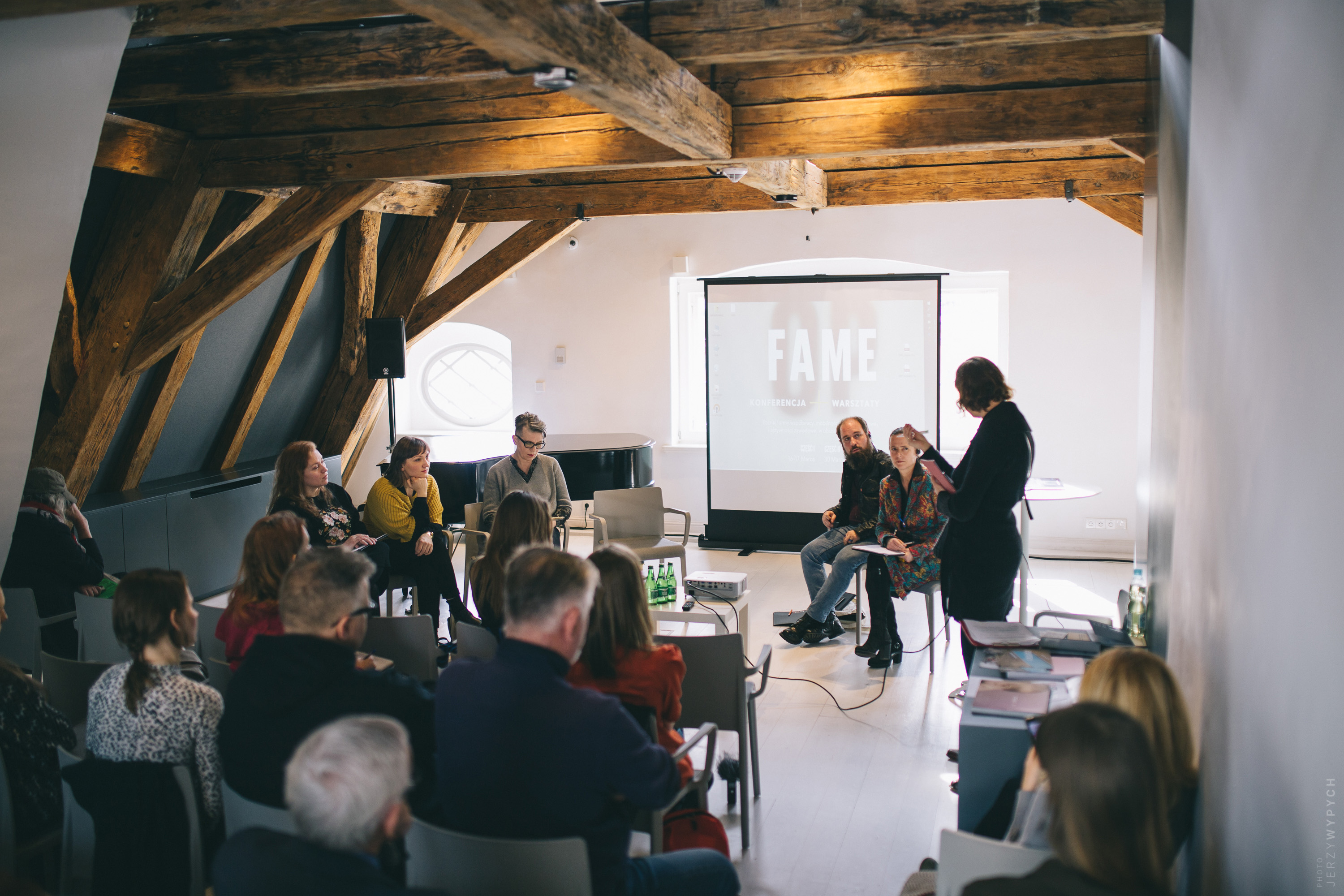 It is worth considering what distinguishes it from the other contemporary cultural institutions, courageously promoting various dogmas of art. Openheim is the first gallery in Poland that introduces artistic research actions to a wider audience (it should be known that outside the country it is an extremely common form of contemporary institutional activities, while in Poland it is just fledgling). The founders consciously use knowledge and tools from the border between science and art to promote intercultural understanding between different heritage such as Jewish, Polish and German. Since the inaugural opening after the revitalization in 2018 in the walls of the historic building, series of meetings from many scientific and creative areas are organized, including non-artistic ones. The owner provides a space filled with free and experimental activities. One feels the space is open to many possibilities, spontaneous summaries, bold conclusions resulting in the formation of a strong community of friends of the institution. Gathering the empirical experience of many representatives of the world of art, Openheim creates its own new knowledge. Everything under the need to communicate, understanding and openness to setting up new artistic relationships with people. 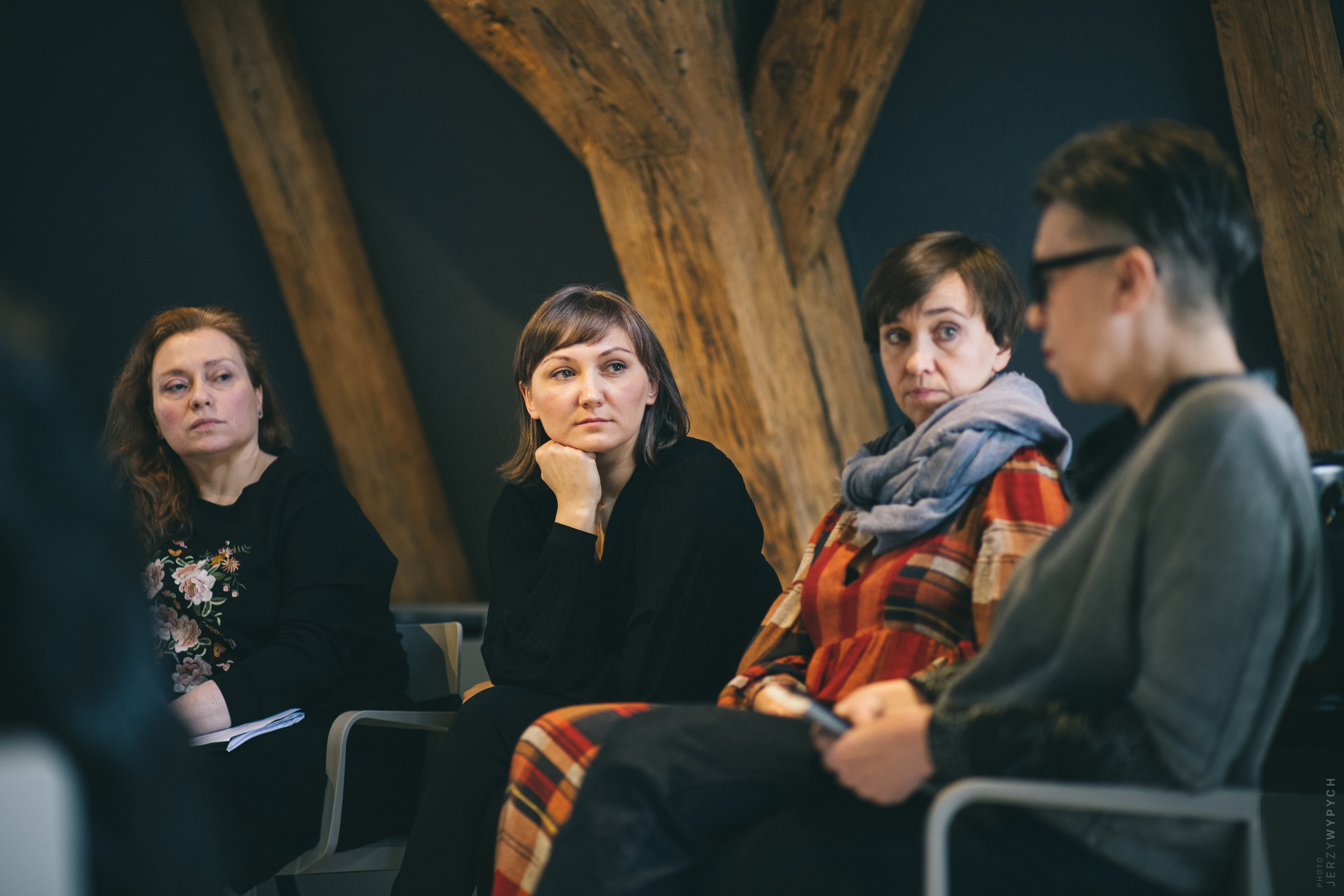 At the end of the previous year the exhibition of the outstanding Polish artist Mirosław Bałka was inaugurated. Sooner not later, a lover of archives and research practices, a representative of the Polish trend of critical art – Dorota Nieznalska leaded workshops for professional and emerging artists. She talked about her artistic practice based on cooperation with various institutions and their historical documents. It was also the first meeting that felt actually worth mentioning in the context artistic research, which Polish professionals need more than ever. Preparation of the project, called basic research in general, was to prove to be the key moment in creating art. Artists shared their experiences, defined the research area of ​​their own activities. Dorota Nieznalska emphasized the need to organize thoughts and respect for thought processes that support the structure of well-prepaired artistic concept. 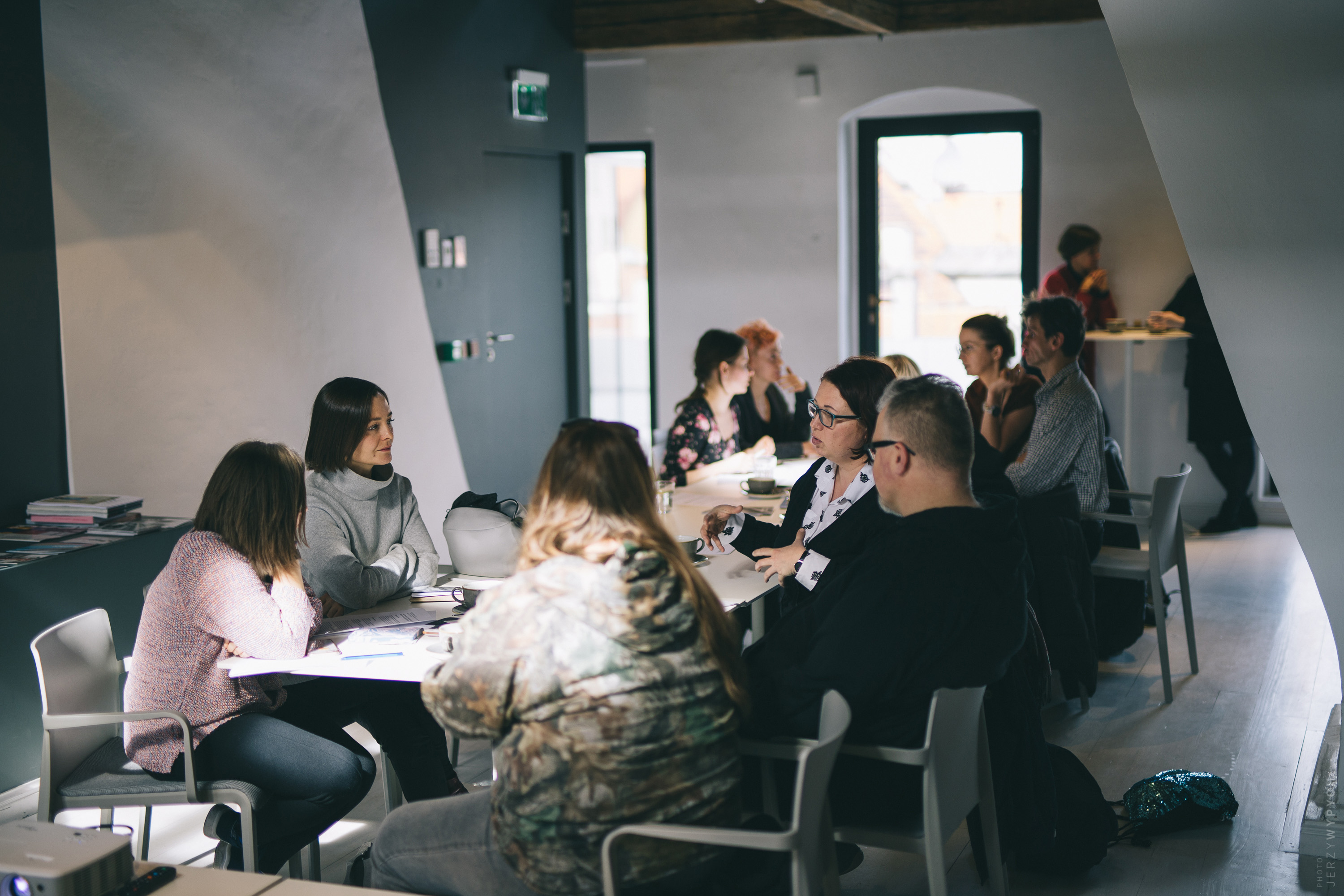 In the new March two-part conference program called OP_FAME, the organizers – Kama Wróbel and Mira Skrudlik – prepared a series of meetings around the topic of functioning in the art market. There was experts in the field of art criticism, artists, gallery owners and people responsible for the implementation of residency invited as well as a numerous local art world members. The decisive advantage of shaping collective know-how was an open dialogue between invited panelists and participants.

One of the more engaging meetings turned out to be a Saturday workshop with Joanna Żak, the owner of commercial gallery Żak Branicka from Berlin. The panelist showed the honest and current state of the Polish art world from the perspective of an observer promoting Polish art behind the western border. Earlier, however, thanks to the critics Stach Szabłowski’s conversation with Joanna Żak and Marta Kołakowska, we learned about the key differences between the Berlin and Warsaw Gallery Weekend. The last reality this time, was presented in more critical light. The discussion drew attention to huge differences in the education and development of individual art markets. “Warsaw is ten years younger than Berlin” we have heard many times from the invited guests. The only thing that actually the two capitals have in common is the difficult economic situation of artists who, in the pursuit of career development, flee from smaller cities such as Wrocław to Warsaw. The same situation happens with artists based in Warsaw who decide to make international career in Berlin. All this is happening under the banner of a strong need for active functioning in the global circulation, in which the artist must cooperate with at least a few commercial galleries to stay in the profession learned at the academy. 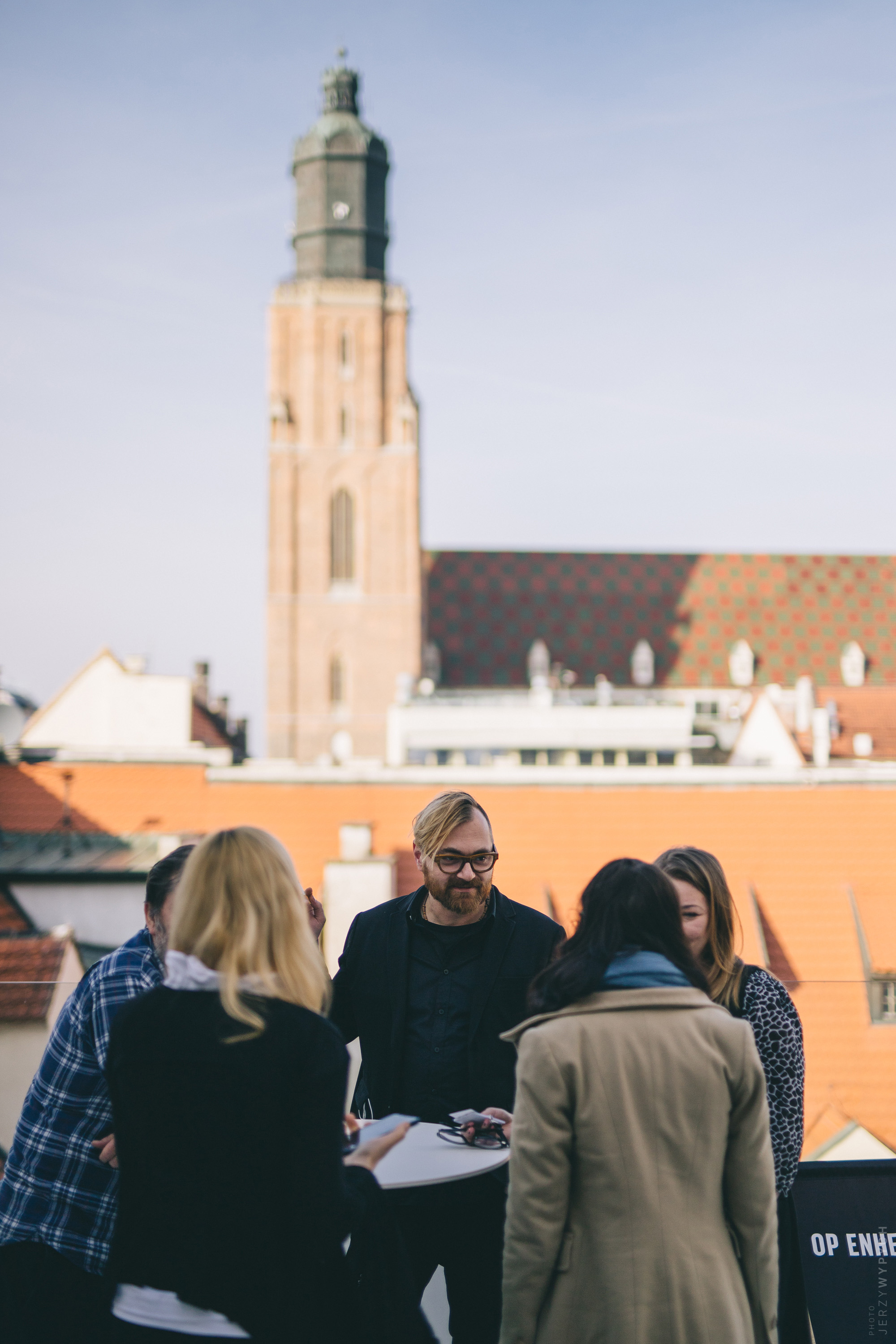 This is not the “off” moment

The idea of creating a cyclical “gallery weekend” event, which was widely discussed during the OP_FAME conference, was supposed to be a commercial event. As we learned from a Berliner, this is a meeting place for collectors from Europe and the world. In Poland, this trend is just at its early beginning. Curious art lovers visit the event – Warsaw Gallery Weekend – although they still do not put it on “must be list”. It is an opportunity to see the largest number of galleries in one place, although, as noted, German culture shuns off the alternative “off art” at commercial events. Such solutions have never been maintained in the history of the structured Berlin Gallery Weekend. It is definitely opposite to Polish reality, but let me ask this question once again: Is this really the proper time for “off” moment, for Polish early bird art market? 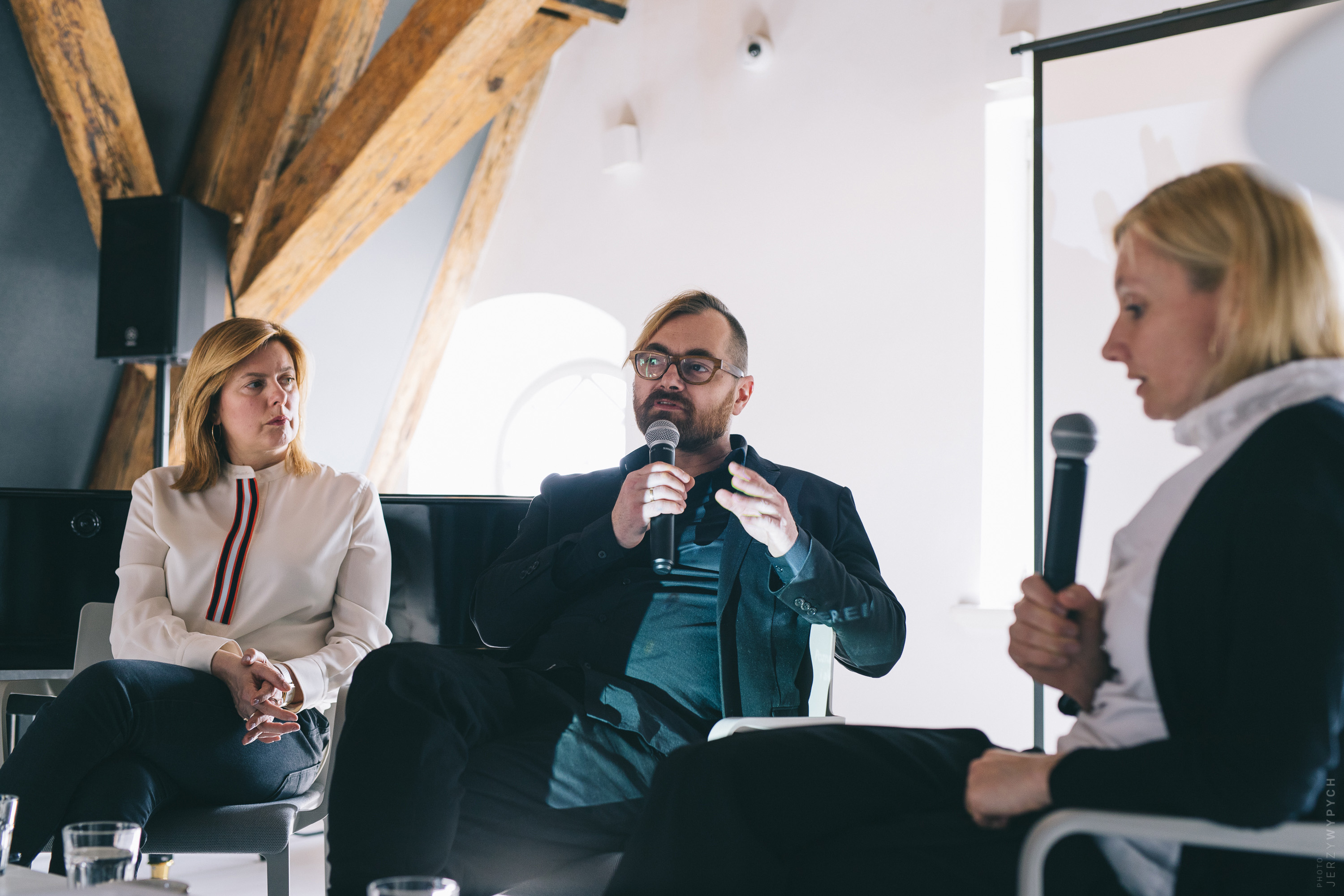 Soon after all the discussions around the artistic self-promotion, the recipients were brought down to earth. It turned out that the internal need for the emergence of Warsaw as a gallery weekend power still has a long way to go to achieve real perfection. The current formula of the commercial gallery itself seems to update without knowing in which direction it is going. The substantive discussion on the borderline between privatization and the factual conference fully met the internal research need, the above text is a temporary record of the most important topics that had the opportunity to become a new knowledge. 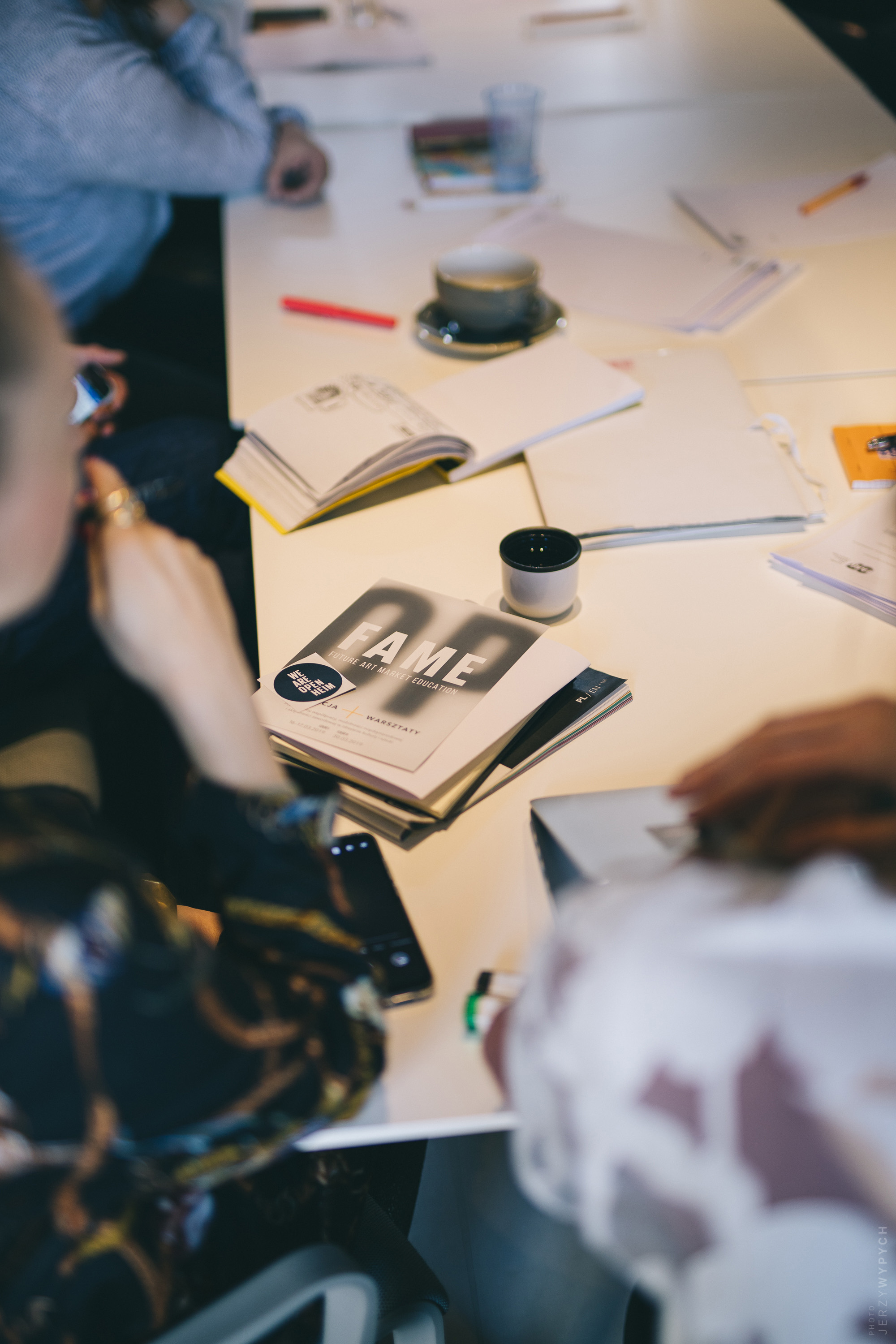