My Garden of Eden – curated by Bob van Orsouw with many works of his collection at Galerie Christophe Guye, Zürich

My Garden of Eden – curated by Bob van Orsouw with many works of his collection at Galerie Christophe Guye, Zürich

My Garden of Eden 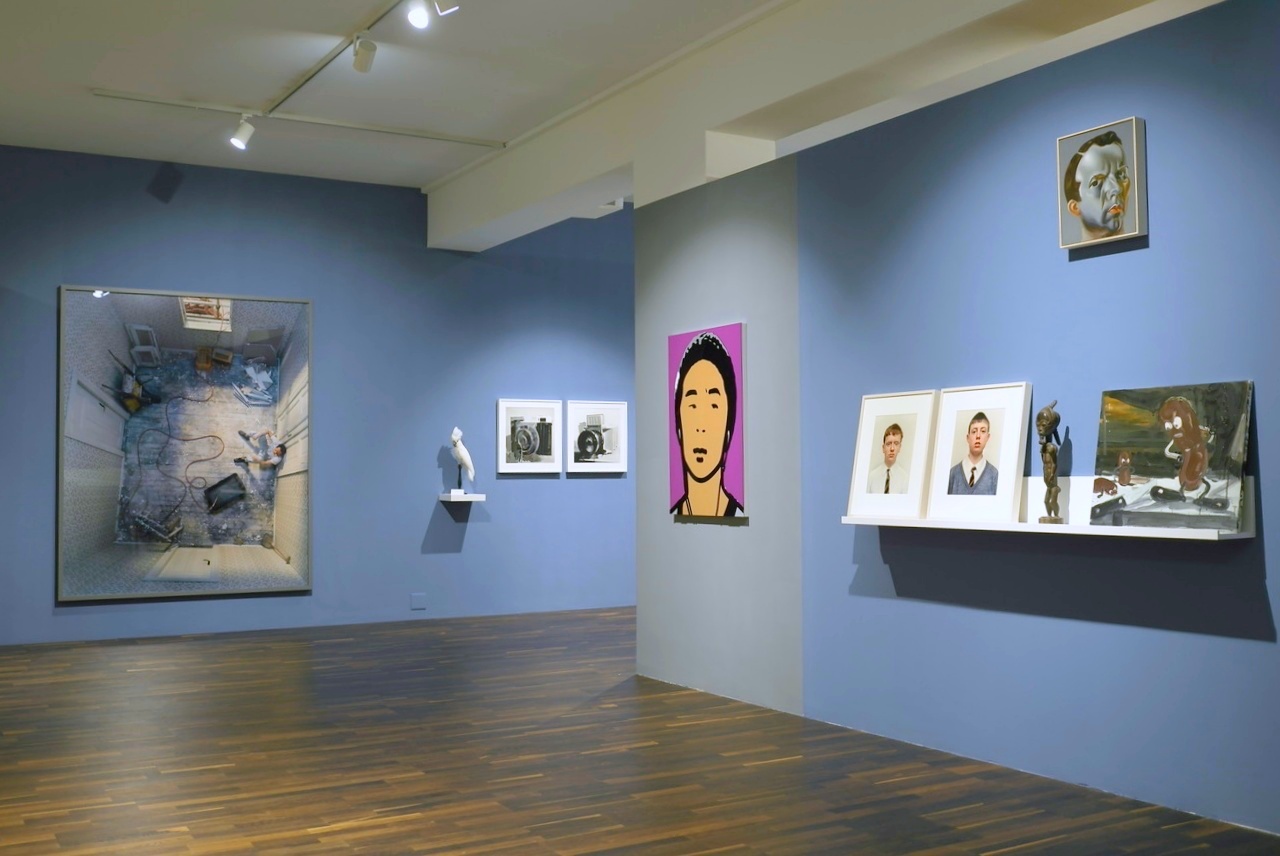 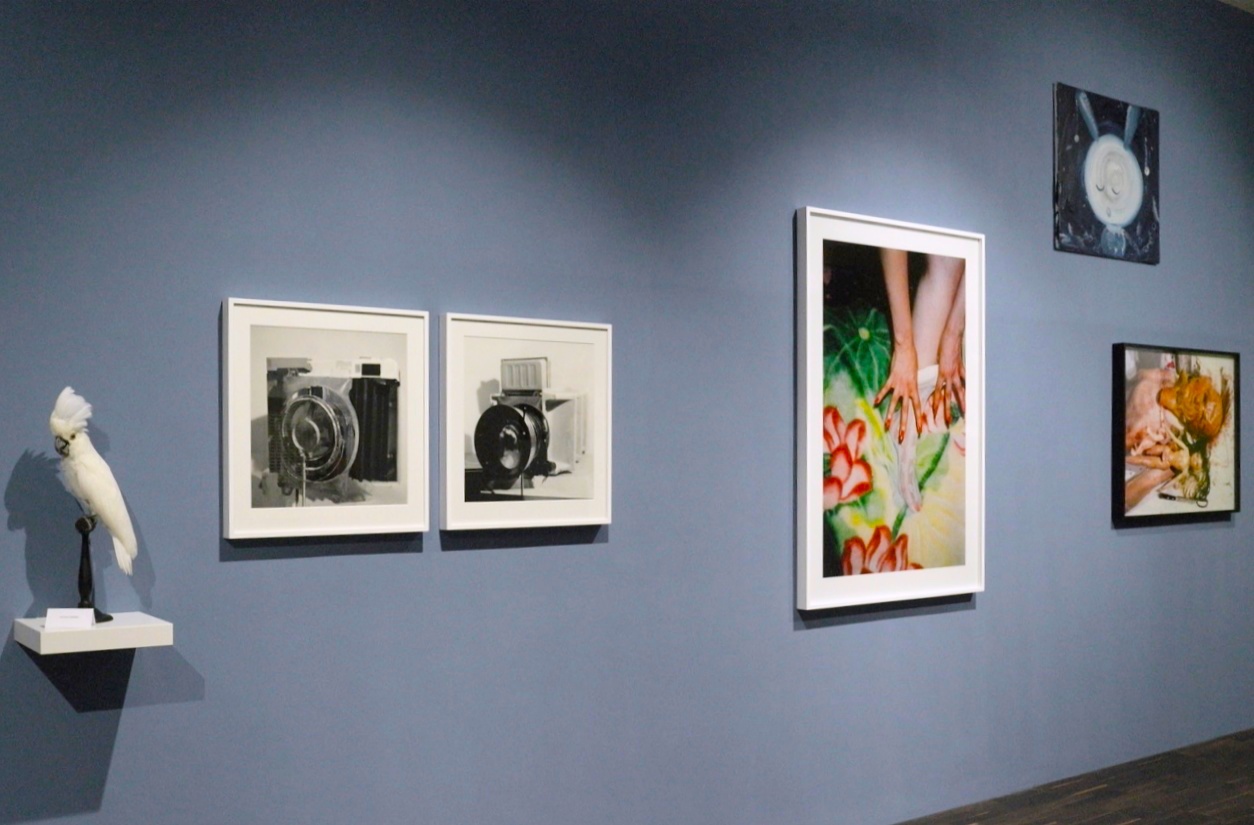 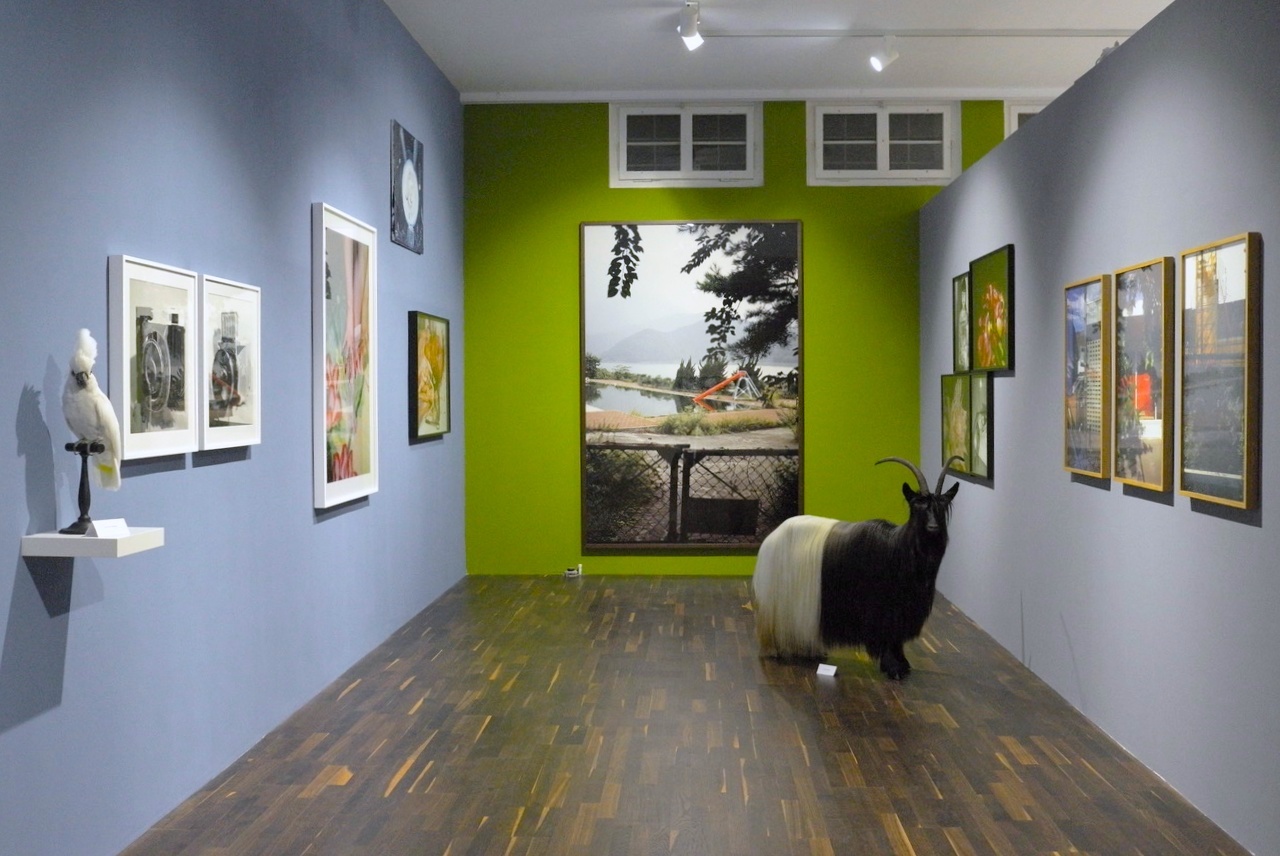 On the occasion of the exhibition My Garden of Eden the art historian Tobia Bezzola interviewed Bob van Orsouw – curator and former gallery owner – and talked about the collaboration with the different artists:

TB: Where and how did you meet Nobuyoshi Araki for the first time?

BvO: That was 1995 when I was looking for a Japanese position in photography that I could include in my program. On the recommendation of “Camera Austria”, an Austrian magazine, I travelled to Japan. A former assistant of Araki introduced me to Japan. That was 25 years ago, and she still accompanies me and interprets. It was she who made it possible for me to get the prints and organise the transport.

TB: And did you do the first exhibition in Zurich with Araki?
BvO: That was in 1995. And I found out that in 1992 he exhibited in Europe for the first time ever. It all started with a travelling exhibition called “Tokyo Nude”, which I exhibited en bloc.

TB: How were the reactions to Araki in Zurich?

BvO: I received a lot of press inquiries and television also showed up. David Streiff, who was head of the Federal Office of Culture at the time, spoke on television. The next day there were 250 people in my gallery, although it was a Monday and the galleries are actually closed. However, it was partly a strange audience.

BvO: “Bondage” is unfortunately completely misunderstood here in the West by many. In Japan it is an ancient and very well-known tradition. But here it was suddenly open to the public and so many voyeurs came. For my assistant it was very unpleasant.

TB: Another important artist for you is Bustamante. You worked with him from a very early stage.

BvO: Yes, we worked together very early and for a very long time. We are still very good friends today. Bustamante has his own photographic position. In his photographs, he always selects individual sculptural elements, that could be a crane, a boat or a truck, or a billboard in the landscape. He always sees these objects as independent, found, discovered sculptures. He has also photographed construction sites or a cemetery from above. And he sees this cemetery, like the other objects, as a sculpture.

TB: Were you also directly involved in his Swiss project?

BvO: Bustamante had a private and a creative crisis. I invited him to come to Switzerland at that time. I financed his trip, the hotels, etc. to see what emerges from this. He really went and drove through Switzerland for ten days. This was the basis for these large-format Swiss photos, which were also shown in the Kunstmuseum Luzern back then.

TB: Another artist I remember seeing at your place very early on, before her works went around the world, is Rineke Dijkstra with her portraits of young people on the beach.

BvO: Yes, that was in 1996. That was the second exhibition I had at the gallery in the Löwenbräu area. It was Rineke’s first big solo exhibition ever. It hit big; but at the same time there was the big scandal about the pedophile criminal Dutroux in Belgium, and we got very antagonised. We had also made a book and mailed many of them. Several books, however, were returned in outrage. Also, the American museums, which wanted to show Dijkstra, cancelled all of them. But a few years later it was shown at MoMA and also by big international galleries. With her I also worked on a Swiss project, which finally didn’t materialise. It was about boarding schools, boarding schools that were to be demolished.

TB: Another artist with whom you are still friends and work today is Julian Opie.

BvO: Exactly. Julian was the first exhibition at Löwenbräu. I chose him because he occupies a significant, independent position, he starts from photography or video, only then is the computer used. He is one of the first to really use the computer, perhaps as one of the earliest, as a working tool. His visual language is truly phenomenal. It worked well; we’ve been working together for 25 years. It is still a very independent, wonderful position that appeals to young and old.

BvO: Yes, that actually happened at the same time as he had his exhibition at the Fotomuseum Winterthur. But I knew his works beforehand. There were a lot of people who smiled at his work and said that he couldn’t photograph at all. He stepped into commercial photography with the wonderful colourful imagery he had. Throughout his life he has always photographed with small-format cameras, and because he trembles a bit, this can only be done with a flash, from which he creates his own aesthetic. And the whole set with the models was mostly in his small apartment, he didn’t really have a studio. Now he has become some kind of star photographer, he will soon have a big exhibition in London in “The Photographers’ Gallery”.

TB: Architecture has always been a big theme for you. Frank Thiel comes to mind here. When did you start working with Thiel?

BvO: I’ve never really worked with Frank, but I’ve worked with him a lot. We were friends, I was in Berlin a lot for a while, got to know each other. I arranged various architectural projects for him. And Thiel is the one for me who captured the whole building boom in Berlin with his camera, e.g. Potsdamer Platz. Now he exhibits nationally and internationally everywhere. His oeuvre is extremely independent and today he not only photographs construction sites, but also people in South America, for example. In addition, he always works on a large scale.

TB: Artists I also have a vivid memory of from your exhibitions are Teresa Hubbard and Alexander Birchler.

BvO: The two of them came to me and absolutely wanted to exhibit at the gallery, that was also 1996, I think. Then I did a small trial phase in the back room or showroom. I wasn’t so sure, but I did a lot of exhibitions with them. Later they emigrated to the United States, where they still live. They also had their first big solo exhibition with me in the gallery. Two years ago, they were also at the Venice Biennale, where they received an award for their work in the Swiss Pavilion. For them, it’s always about film, cinema and language, and how to deal with them; that permeates their entire oeuvre.

TB: I remember the first exhibition I saw of you was still in the 1980s, in your apartment. If you look back now, what has remained of your interests? Are there also things that were temporary? Can you perhaps conclude by drawing a general summary of the many years in which you have worked and lived with artists and with art?

BvO: What has remained for me is the love for art. For me, it’s not just about the works, but also about sitting down with the artist and striving for something. I was very often in the studios, which I still do. That’s something wonderful. Because for me artists are often still pioneers in various fields and personalities that I don’t want to miss. And when I see what I have done, hundreds of exhibitions and fairs, I have to say that it was and is a great time. 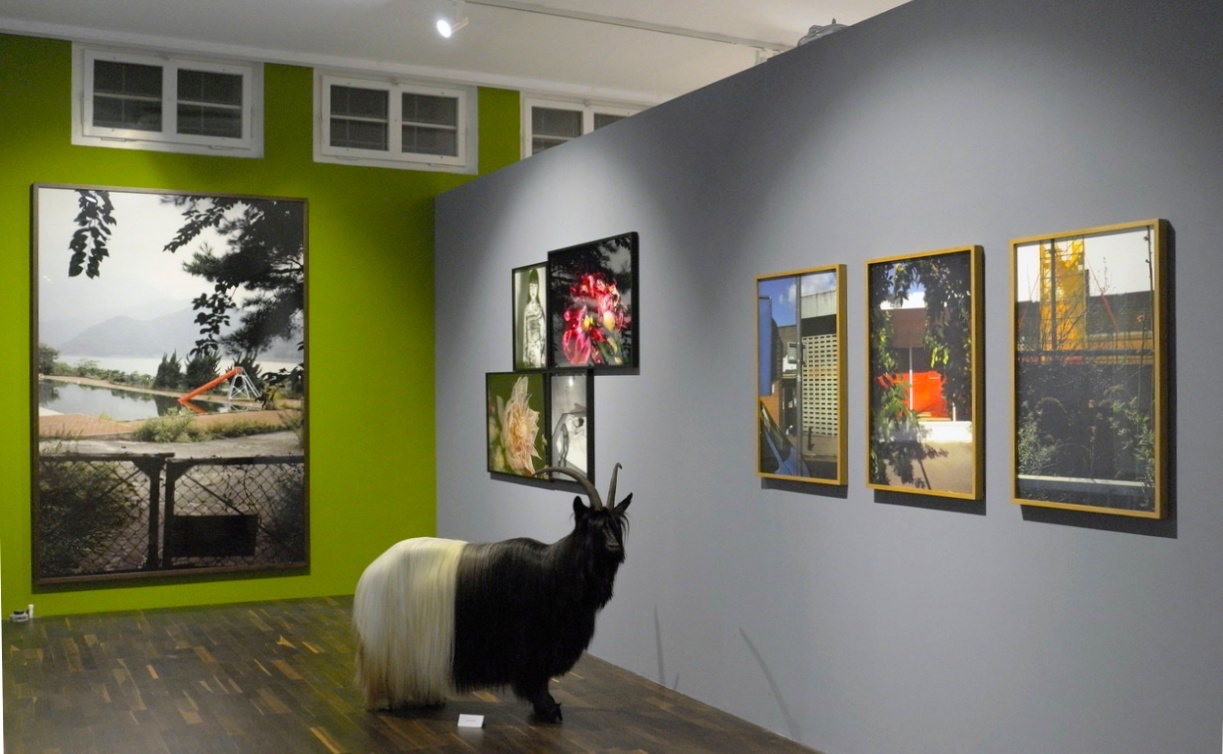 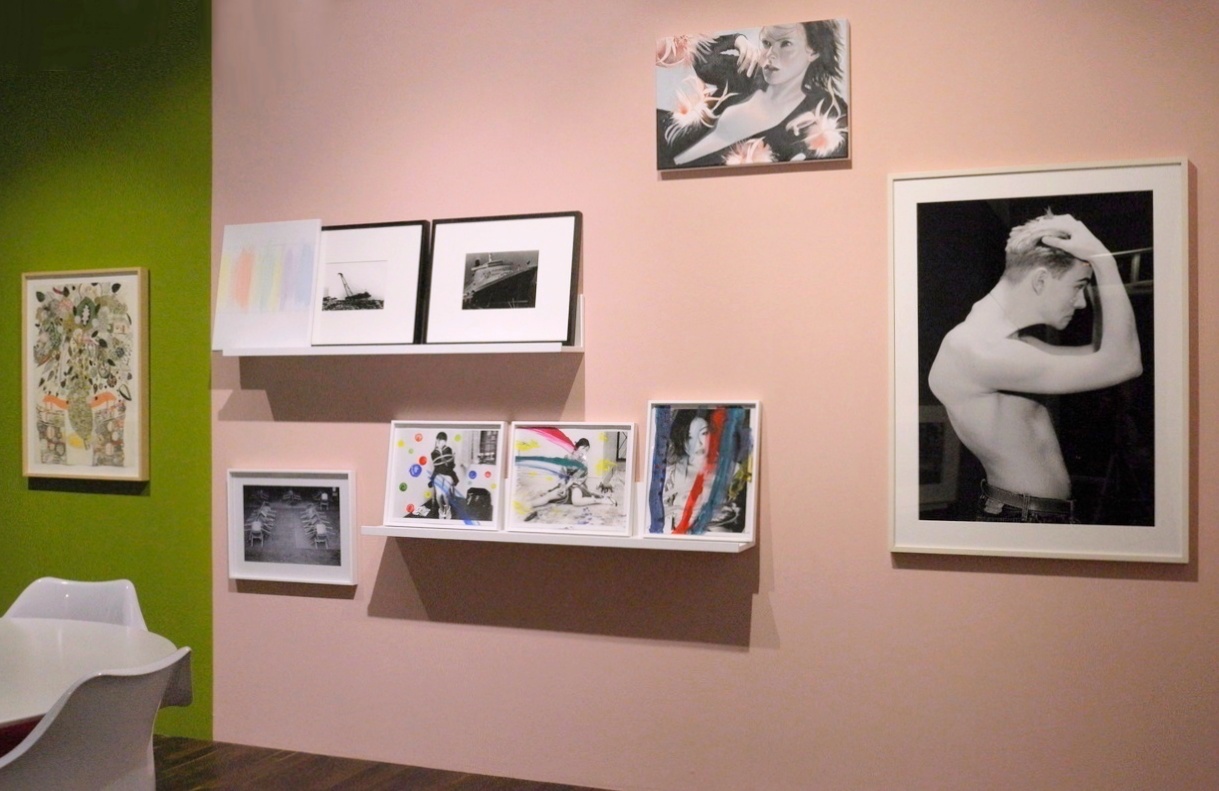