Urs Fisher’s Theater of the subconcious

Urs Fisher’s Theater of the subconcious

The artistic career of Swiss born and New York based artist Urs Fischer could be best described as an ongoing surreal play with more and more actors joining the stage. The elements on Fischer’s stage are always familiar and derivative of our everyday experience but never appear to be in a familiar state. Props and actors discolour, merge, melt, rot or disintegrate and thereby attain a visual and material outcome that is otherworldly and witty. In line with André Breton’s Surrealist manifesto, Fischer presents a world that is ‘more than real, surreal if one may so speak’ [1]. The sculptures and images appear as ‘a contradictory resolution of dreams and reality’ [1]. 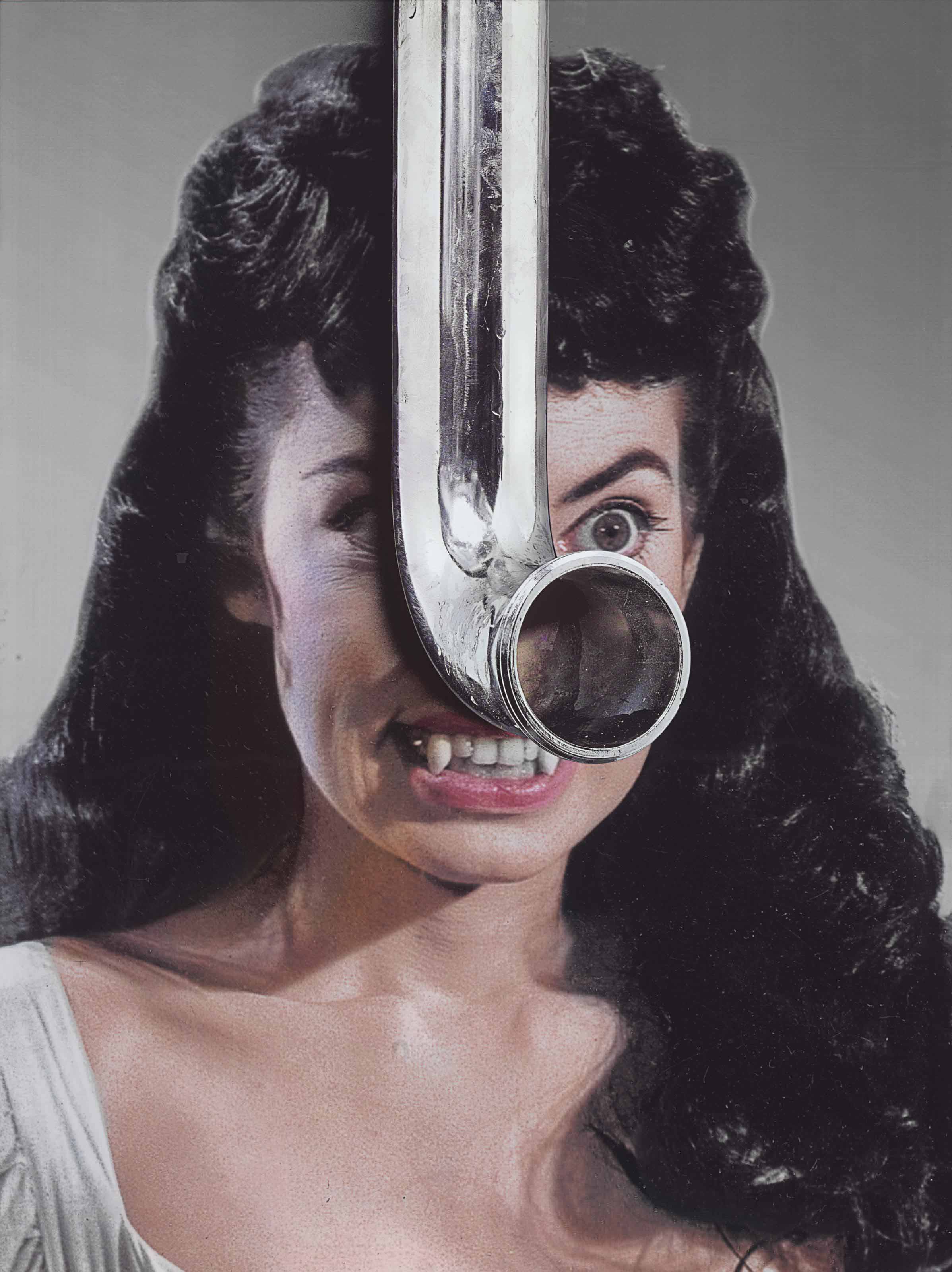 The experience of dreaming also seems to be relevant to the way we experience time in Fischer’s work. In our dreams we often only remember the most intense moments of a given event. Works like ‘Things’ from 2017 or ‘Cosmos’ from 2018 speak to that experience, however in totally opposing ways. In the work ‘Things’ we see a hybrid of a Rhino and several household appliances with a steel-like appearance. Observing this artwork is literally like seeing your domestic belongings being wrecked by a huge exotic animal. Something that could almost only appear within our dreams across the western hemisphere. However, there is a very real sense of physical intensity whilst encountering this work. Quite the opposite could be said about the work ‘Cosmos’ where we find a small bird on a branch sitting opposite of a silver egg. A work that is anything but physically threatening. However, the work does speak to the exact moment of being confronted with the age old question of ‘what came first?’ An inquiry that humorously charges the innocent scene with the intellectual weight of the previously mentioned rhino. 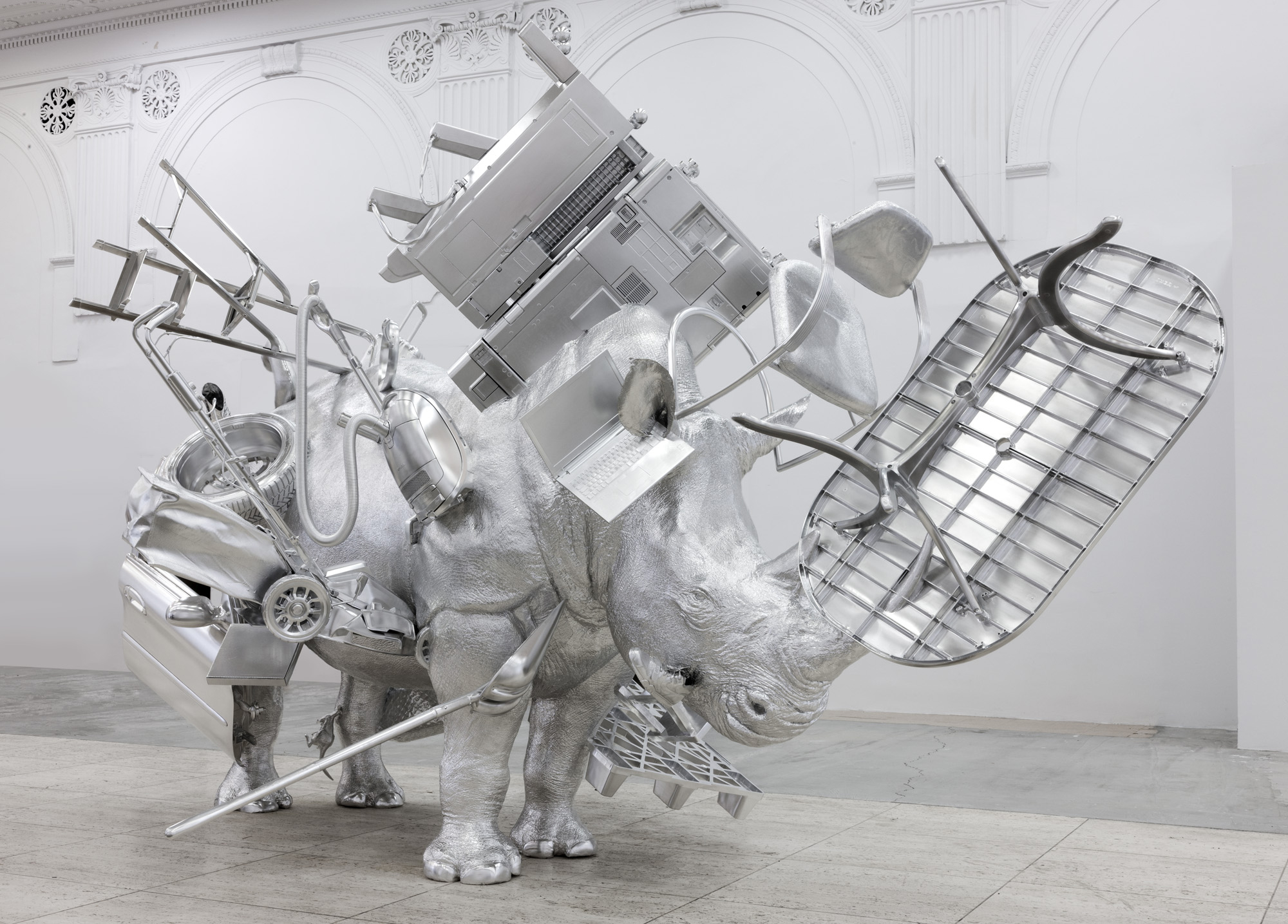 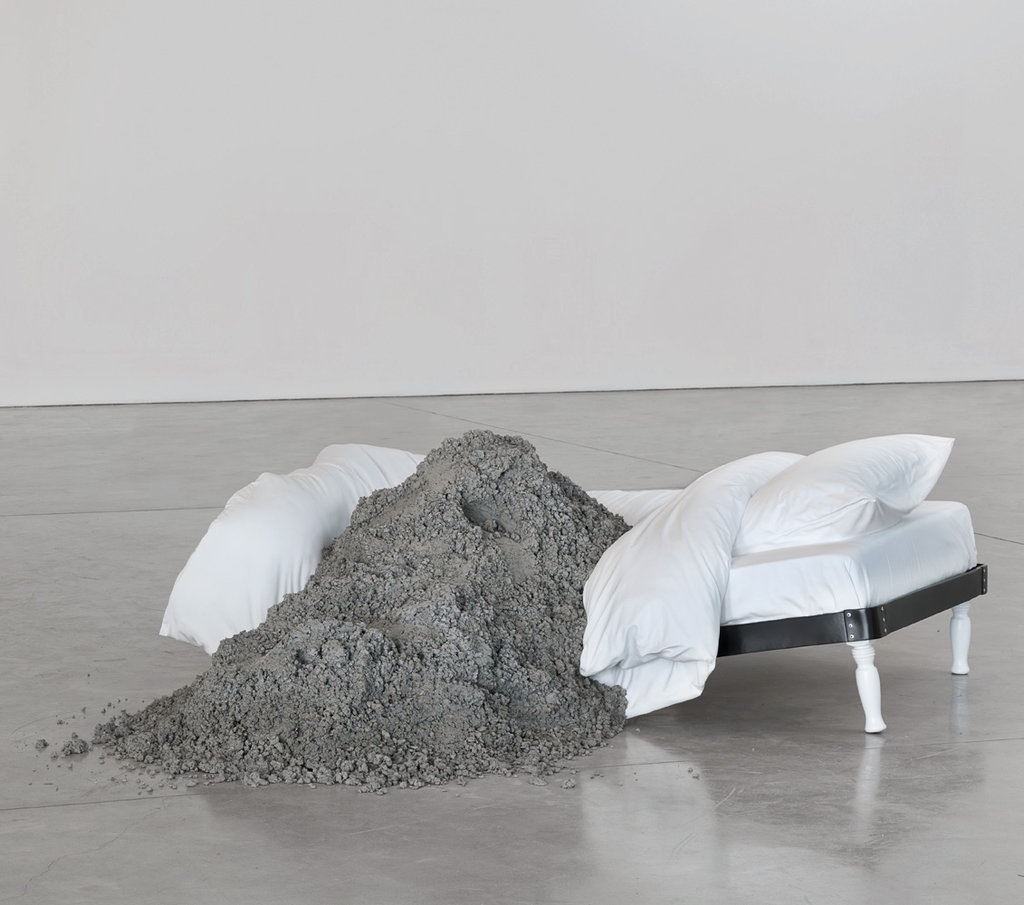 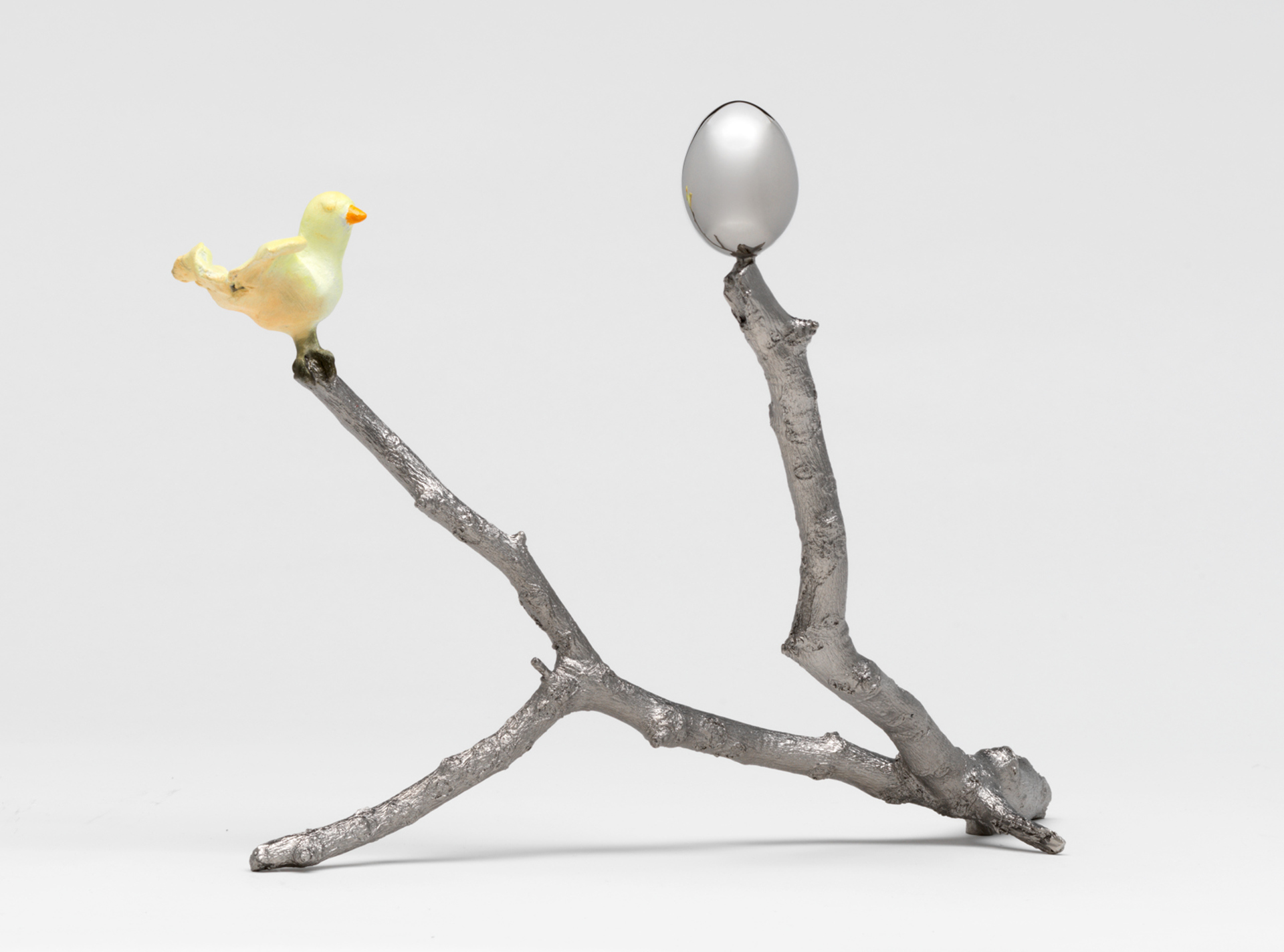 Scale remains in the eye of the beholder within Urs Fischer’s spectrum of sizes. We could quite possibly consider some of Fischer’s solo presentations to be a giant assemblage-like artworks in their own right. Fischer’s retrospective at MOCA Los Angeles provides a prime example of such seamless eclecticism. The exhibition space itself appears as surreal as the works situated within it. The white paint on the wall only partially reaches the edge near the floor which gives a real sense of motion to the enlarged rain drops made from vivid blue clay. This makes it appear as if the rain drops are about to obliterate the fragile ‘Untitled’ bread house from 2004. A work that could potentially be the continental breakfast version Hans and Gretel’s candy house. The precarious construction of this bread house subsequently connects to the visual language of the rough cut-outs in the wall. These appear as if Fischer had been able to resurrect and commission the legendary anarchist-architect Gordon Matta Clark.

Like any great showman, Fischer does not seem to be bothered by incorporating other creative forces in his work. His installation YES! from 2013, that was shown alongside his previously mentioned retrospective, included the clay modelling efforts of 1500 participants from Los Angeles. More generally, we find that Fischer enjoys the inclusion of other human subject in his work. Fischer seems to be particularly fond of forgotten Hollywood stars and art-world regulars that he befriended over the years. 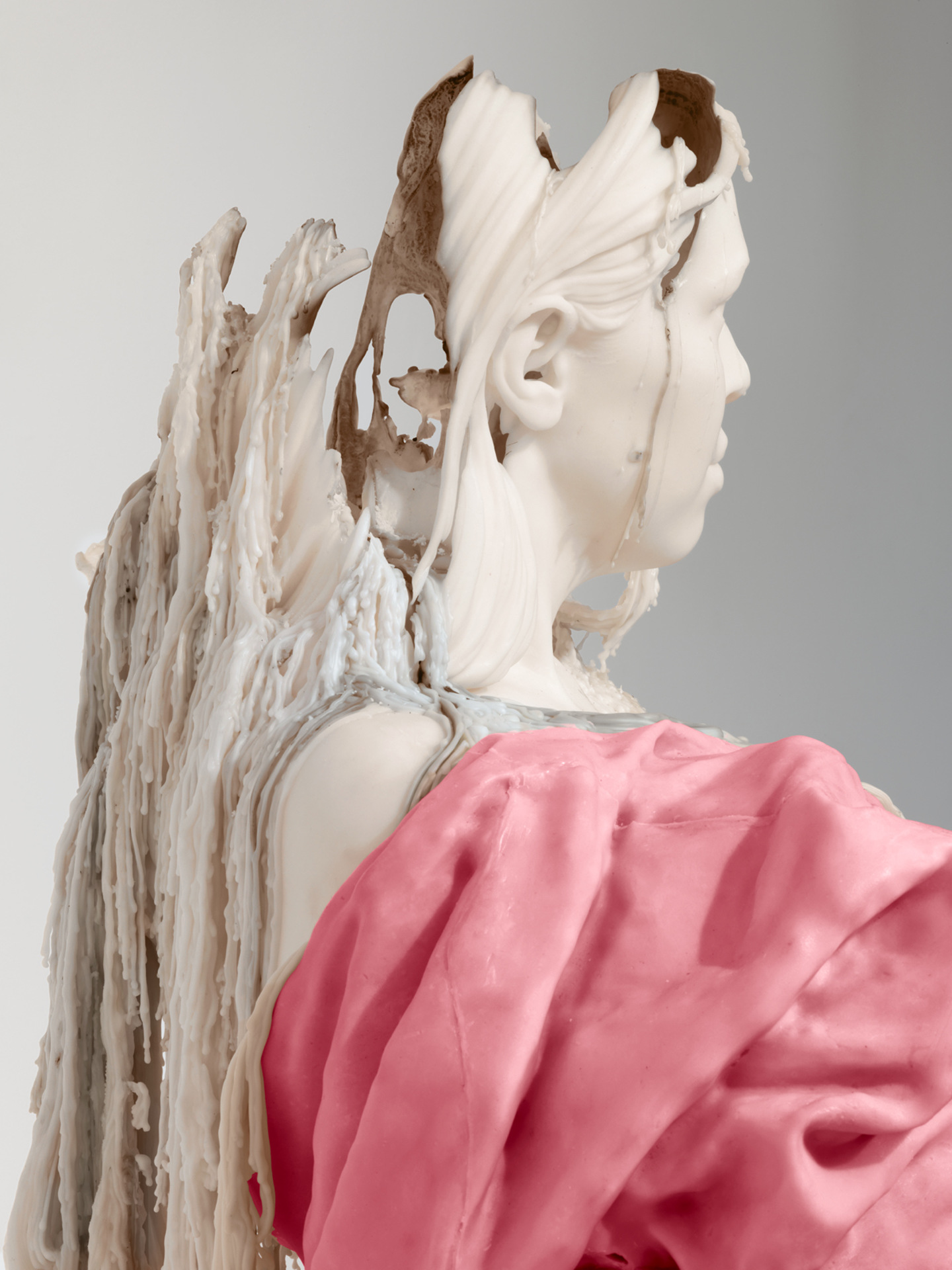 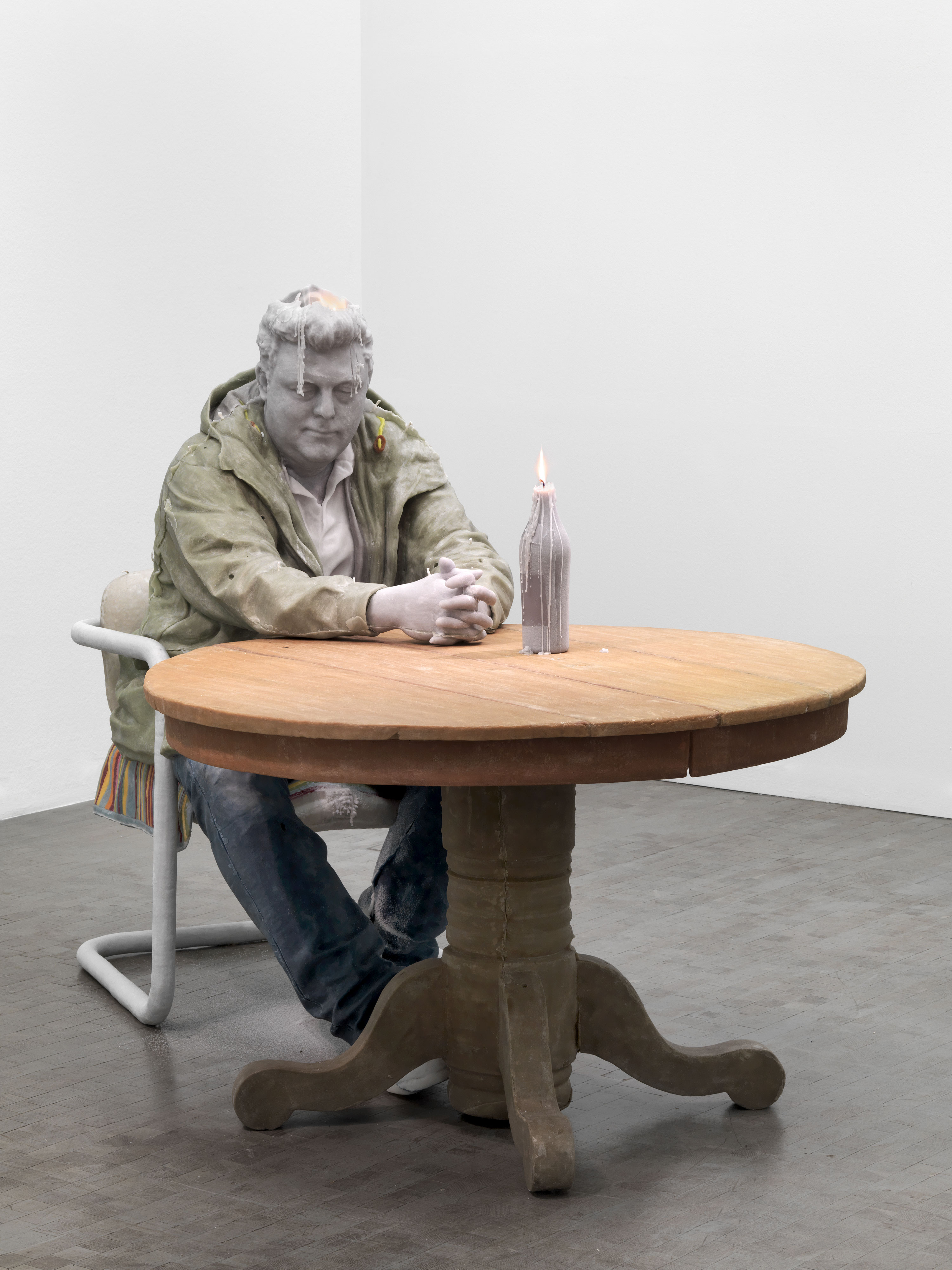 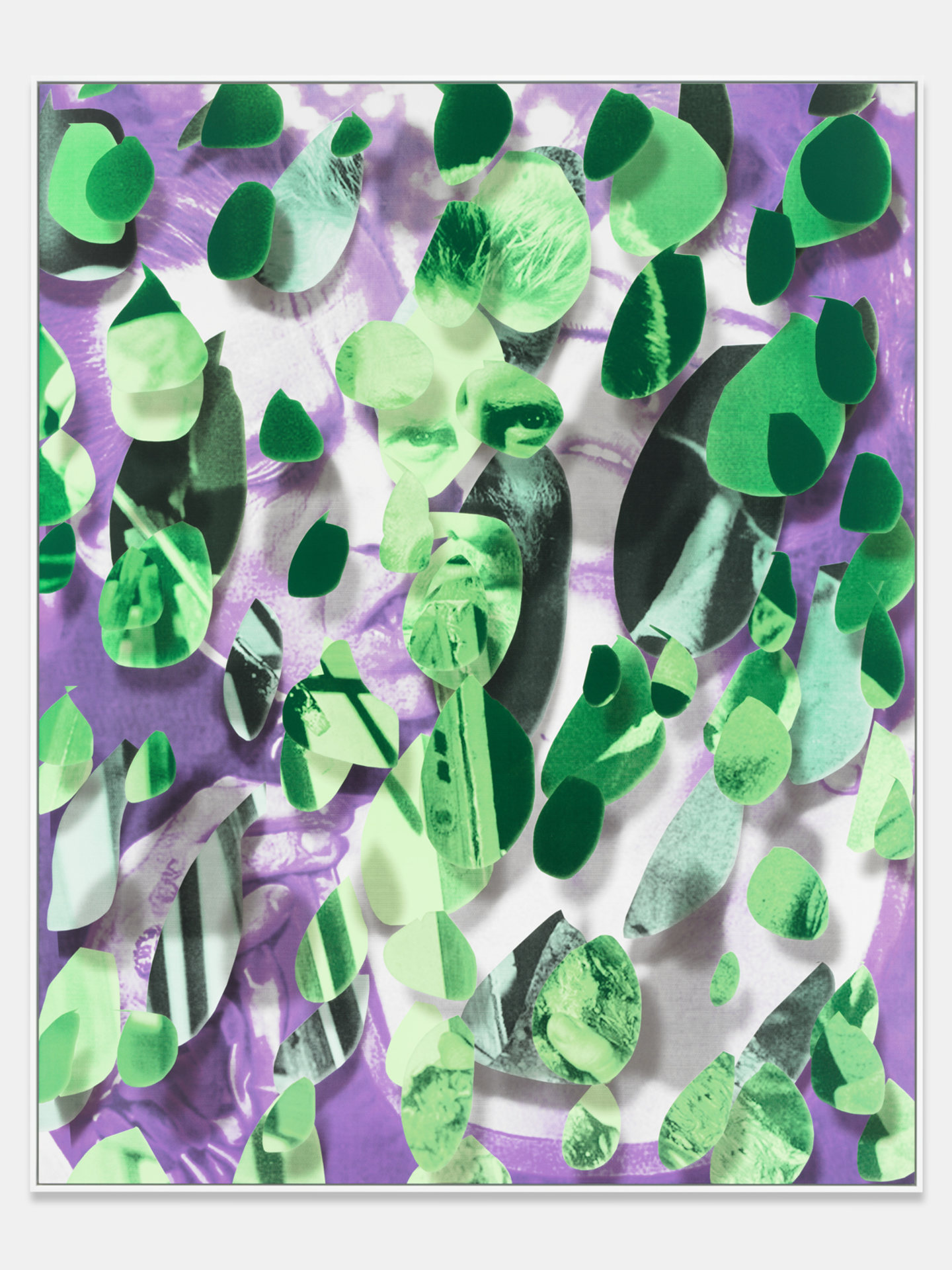 They re-occur in his life-size figurative candles, ‘Problem paintings’ and most recent landscape paintings shown at Max Hertzler in Berlin. Within this context Fischer tells us the archetypical story of celebrity, without resorting to the comfort of fairy-tale glamour. Instead we witness the rise and fall of his celebrity-subjects alongside the transformations, delusions and existential moments that are encountered on their journey.