Vibrant colours layering the surface of canvas feel like giant lollipops or candy bars rather than paintings. They reflect an unusual gloss and provoke our sensory perceptions. The German contemporary abstract painter Peter Zimmermann distinctly challenges abstraction to its core. He has imposed a revolutionary way of thinking about what painting is. His thought process behind painting stems from trying to answer the question of what could be new in the medium and its practice. 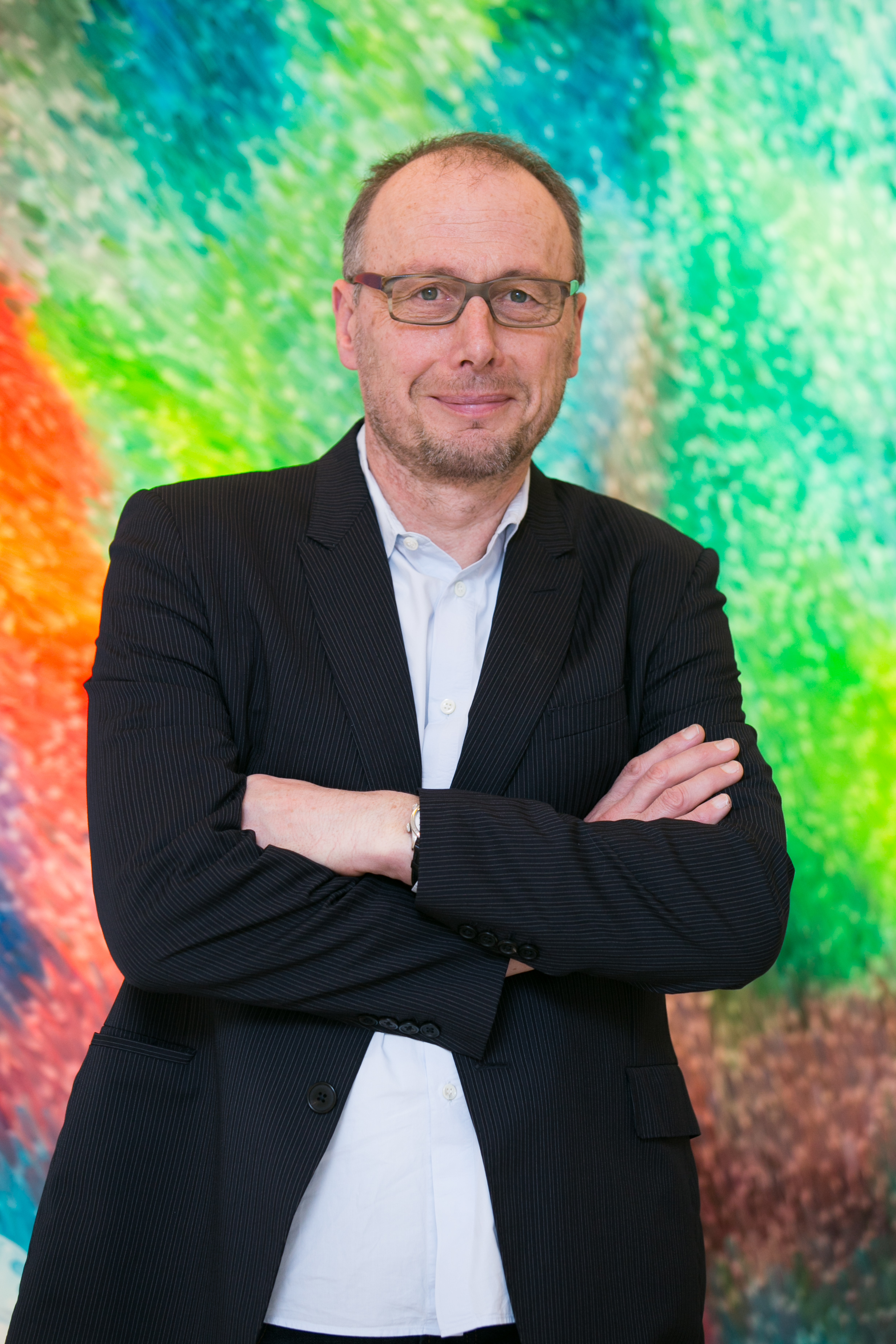 The artist suggests a vital question: how to transform a medium to reflect a new time?

Starting with ‘Book Cover Paintings” in the 1980s, which span from dictionaries to travel guides, Zimmermann had already challenged the relationship between text and images through spatial distortion. He began as a conceptual painter re-examining painting through theory. At times when computers were square boxes with tiny black and white screens, Zimmermann was already reinventing painting for the digital imagery. The artist started questioning the relation of representation to presentation, photography and reproduction. Often obtaining his material from texts, book covers and the internet, he imports chosen images into digital editing software, where he changes the pictures and distorts them. 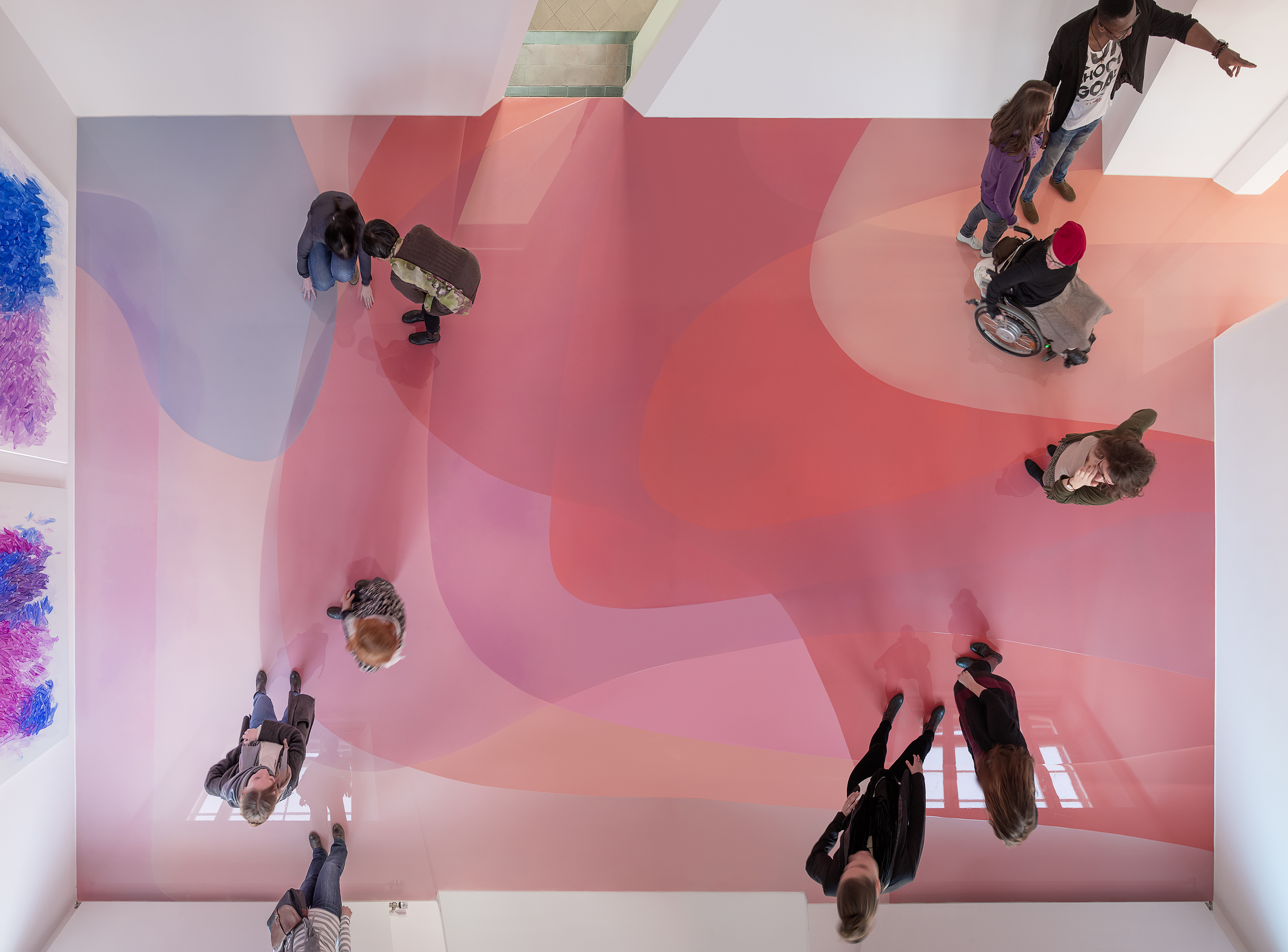 After using different graphics algorithms, Zimmermann modifies the former image until it becomes unidentifiable. The resulting image is then transmitted onto a canvas and bears nearly no resemblance to the source. He deforms his source material and creates a new piece, which often looks like a microscope examination of some life form or matter. “I do not want anyone to be able to trace it back to a particular picture. It is not critical for the enjoyment of an image”. The artist is familiar with small-scale formats of works like the book titles but he believes in the magic of large, so-called American formats. One can stand in front of them for hours and be overwhelmed by the colours and reflective surface. The artist also works better with his materials in large-scale surfaces as they have the ability to mirror people, objects and spaces. 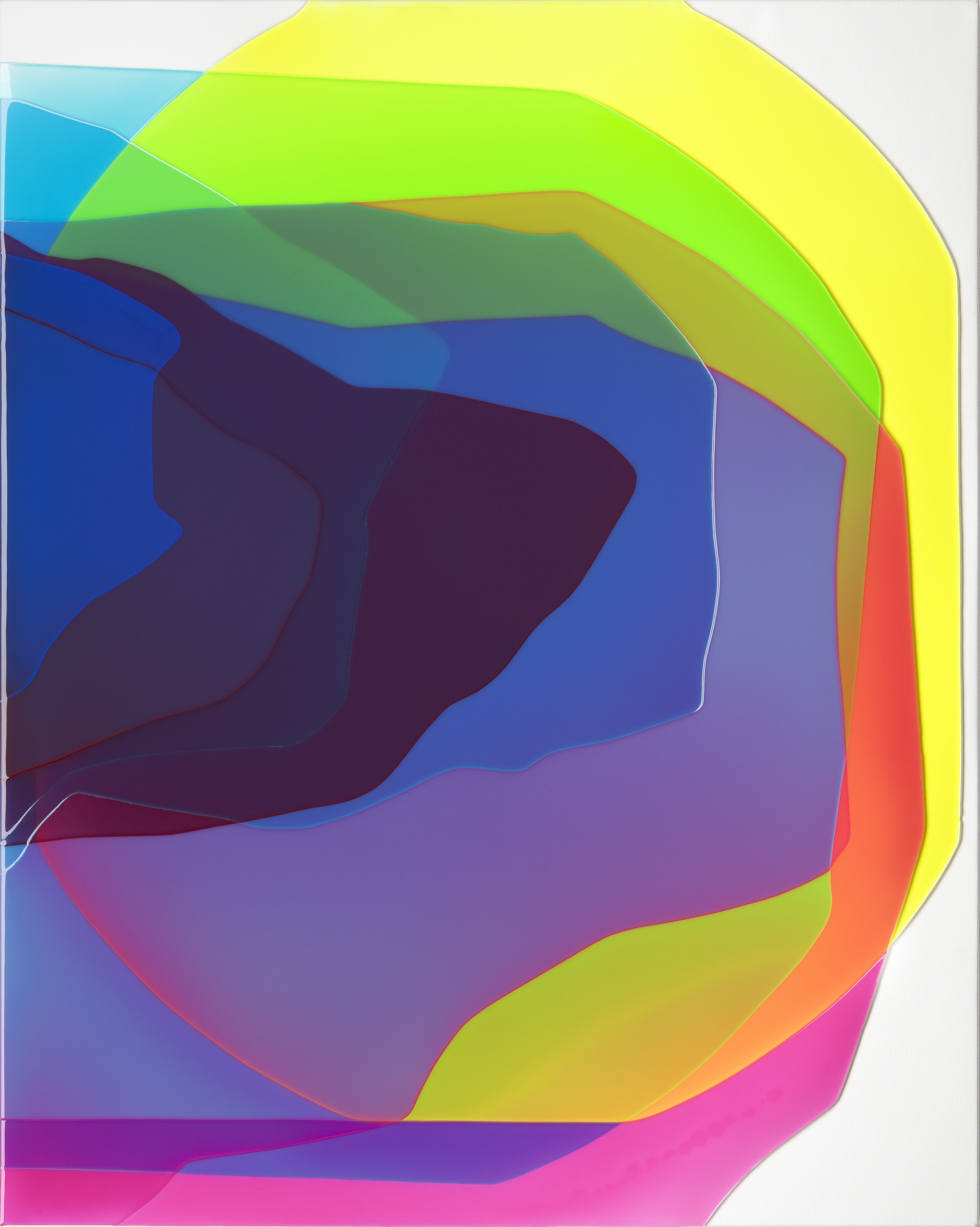 As well as rejecting the regular medium for painting, Zimmermann is also peculiar in the choice of materials. The artist transmits the final image on canvas by overlaying many translucent bright layers of epoxy resin colored with pigments. The liquid epoxy resin transforms itself during the curing process and before becoming solid. Regardless of the artist’s intentions, the result can never be completely predicted. While spreading over the surface of the white canvas, the solid epoxy resin gives the viewer a bright, almost opaque impression as the interior lights shine through the translucent layers and intensify the colours. The project featuring this technique and material application earned the name ‘Blob paintings’ and became one of Zimmermann’s most famous set of works. However, he has applied the same technique in other projects such as “Mekanism”, a special series of hand-painted skateboards. Zimmermann’s specific procedure prior to his painting might sometimes suggest influences or associations with art movements like Rayonism, Impressionism or Colour Field painting.

Zimmermann doesn’t deny cross-referencing, but he admits that such references lend themselves well to specific exhibitions. He inevitably engages play of light and shadow, which can lead to almost an impressionistic vibe. The artist argues though that is not his artistic aspiration but he is aware that an impressionistic aspect could be present or perceived by the viewer; after all, he is playing with luminosity and colour intensity when creating paintings. On the other hand, Zimmermann does quote specific artists. For instance, Jackson Pollock is Zimmermann’s reoccurring reference and an antithesis to his artistic approach, he dealt with him mostly in his book title phase between 1987-1999. In other cases, he turns to Sigmar Polke’s technique which he solely imitates using digital means. Among his other favourite artists we can mention Morris Louis, Paul Jenkins or Phillip Guston. 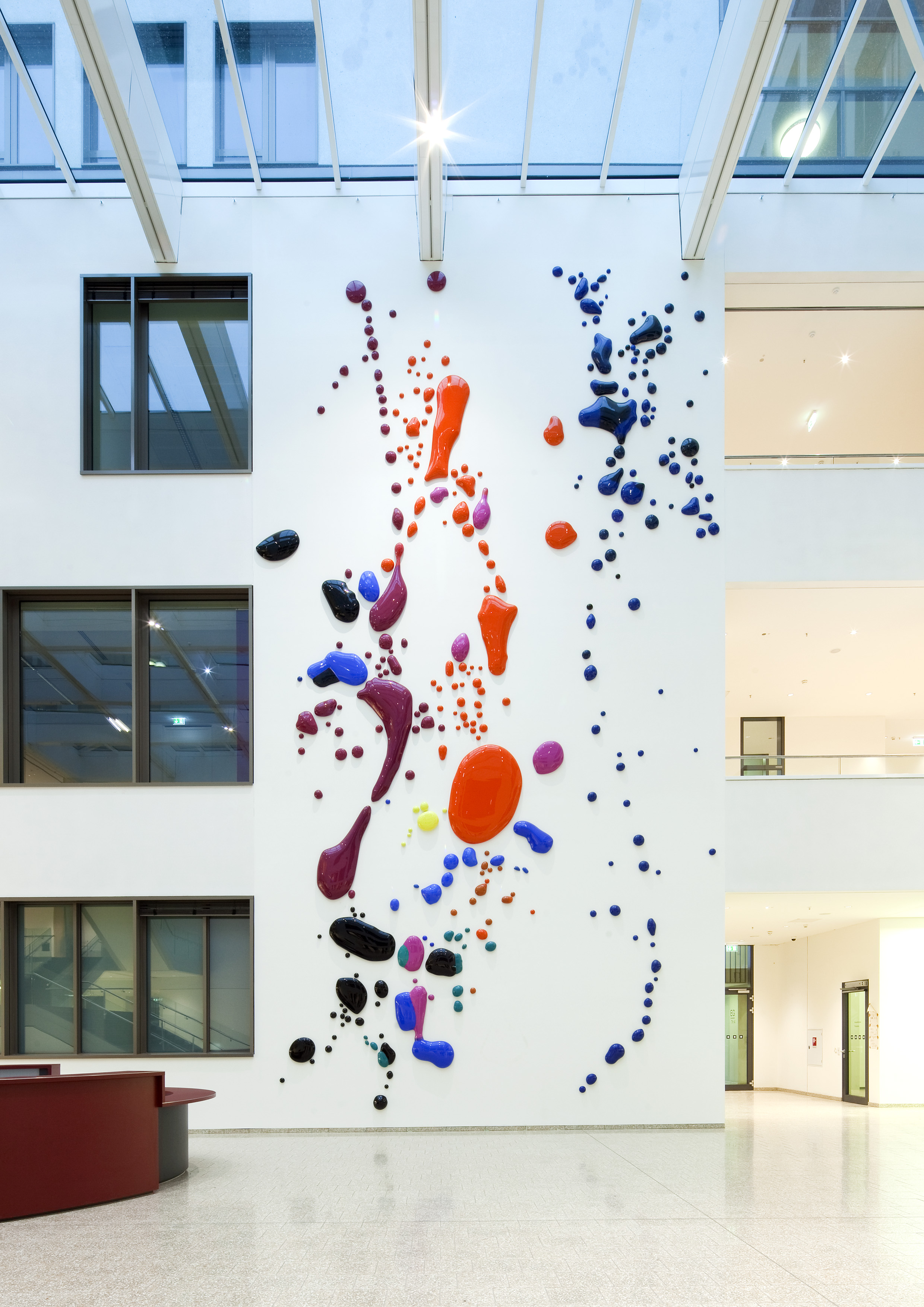 Zimmermann is aware that the viewer does not necessarily perceive his artistic intentions as he intended. In his eyes, paintings compete for attention and perception, and the way they are perceived depends on the viewer. He believes that his paintings lead their own life once they leave his studio, but at the end of the day, they are still observed within the framework of abstraction. Critiques often evaluate his works as “independent and highly seductive form of abstraction”. In his work Zimmermann has challenged the traditional take on painting practice and has blended the classic art making with the digital age to create a mutant version of what paintings can be.