Almine Rech presents a new exhibition of works by Jannis Kounellis. This is the Artist’s first exhibition in the United Kingdom since his passing, in February 2017. Comprising works Kounellis made between 1960 and 2014, the exhibition intends to act as an extensive overview of the Artist’s career. 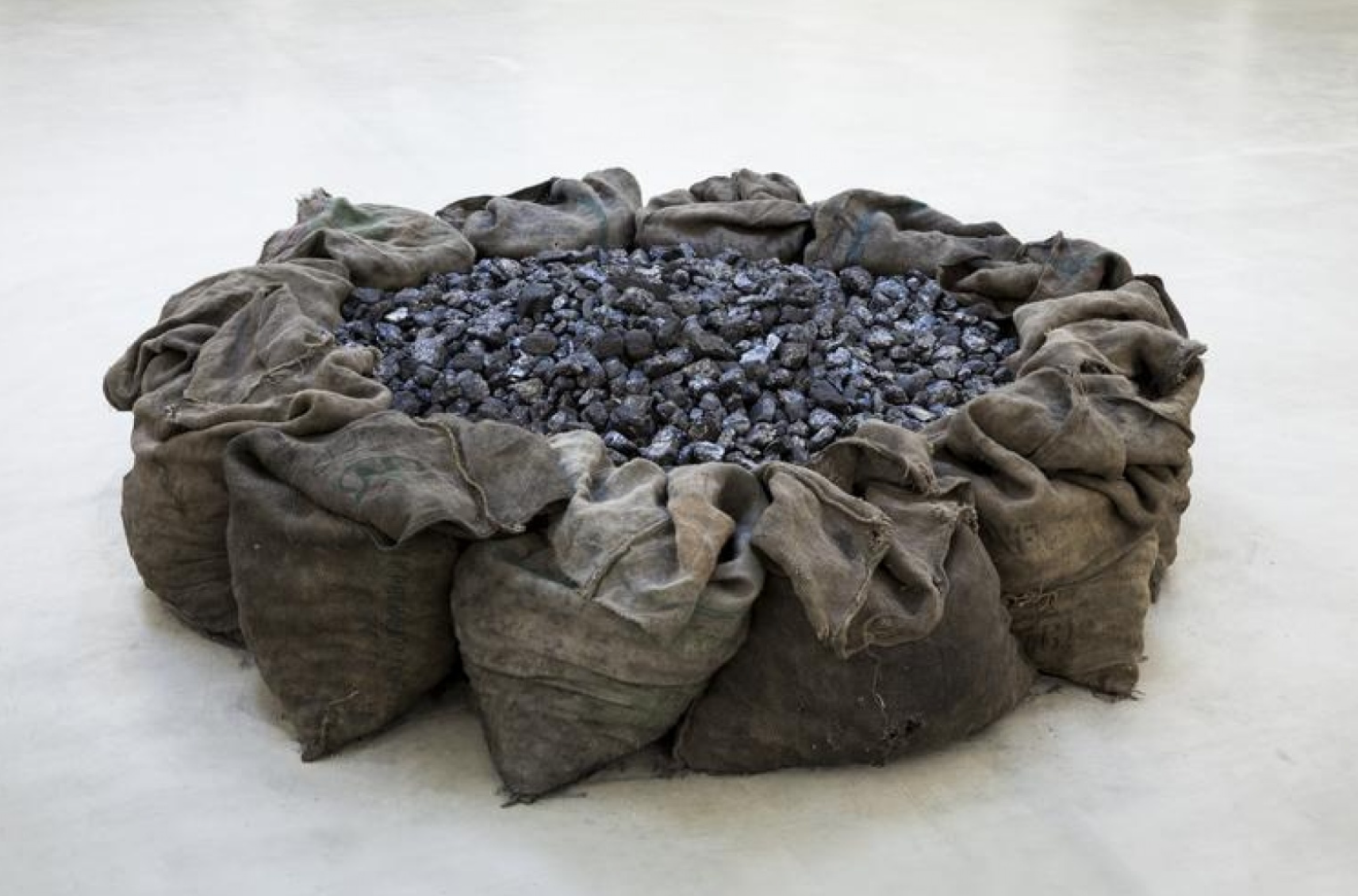 Jannis Kounellis moved to Rome in 1956, where he enrolled at the Accademia delle Belle Arti. While still a student, Kounellis was given his first exhibition, L’Alfabeto di Kounellis, at the “Galleria La Tartaruga”. There he exhibited monochrome works featuring large stencilled letters. Belonging to this series is Untitled, 1960, a work consisting of the letter Z repeated three times over. Referencing both the alphabetical signifiers and typefaces used on merchant ships for packaged cargo, Kounellis’ Alfabeti (Alphabet Paintings), are also concerned with the street signage the artist would have been exposed to in Rome, as can be noted in Remo, 1961. Decontextualising a letter, number or symbol through isolation, and placing it onto a white support, Kounellis’ intention was to focus the viewer’s attention on these marks, as if, by populating a surface, they were floating away, being cast adrift. In 1963, as the Alfabeti had become a recognised style, Kounellis began working with landscapes, and drawing his reference points from the physical world. This can be seen in Black Rose, 1965-66, a seminal work painted with Ducotone, a water-based wall paint, on large canvas measuring over two metres in length and width. Black Rose, 1965-66 emerges as a pivotal example of Kounellis’ role as a founding father of Arte Povera. Its organic shape is presented in matt black, reflecting Kounellis’ sculptural practice in painterly form. Compositionally, the work draws from the alchemical classification of elements, namely of fire, as well as demonstrating Arte Povera’s drive to abandon colour, perceived by Kounellis as alien to the context of post-war Italy. 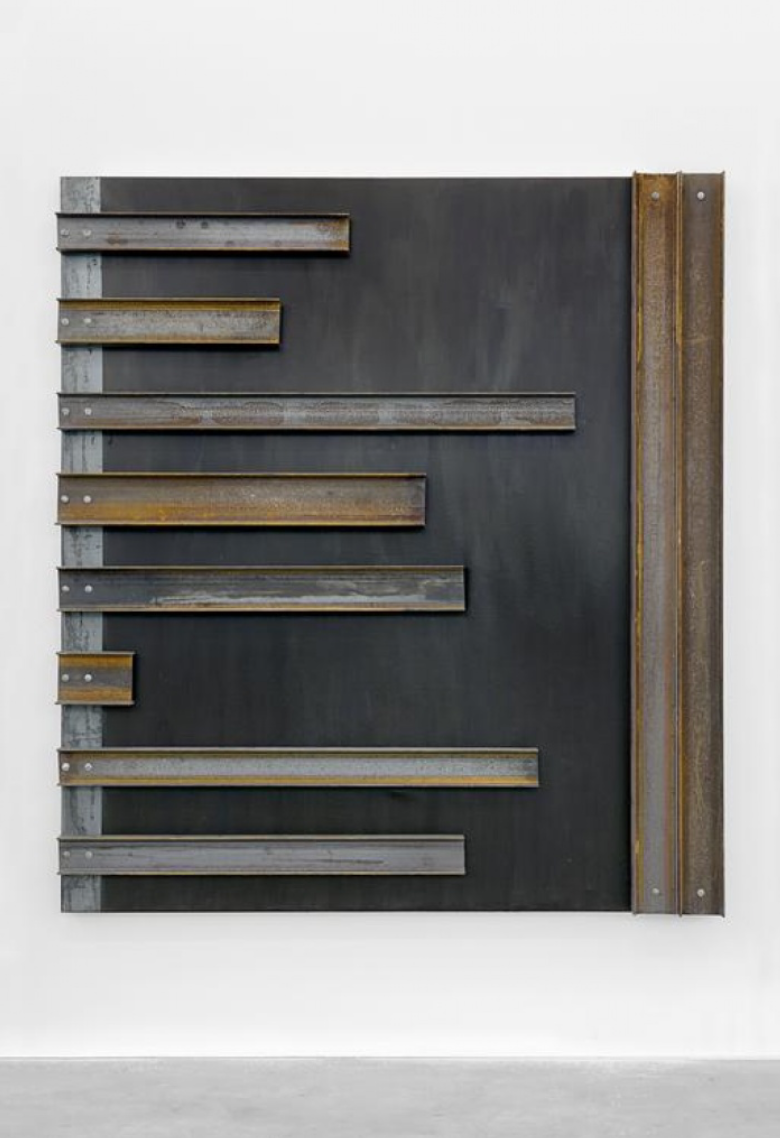 Acting as a testimony to Jannis Kounellis’ interest in everyday materials to denote natural elements, Untitled, 1991, is made out of a lightbulb, steel and lead, the first and oldest metal in alchemy, and a symbol of purification. In a dialogue with ancient scientific teachings and centuries-old systems of belief, Kounellis can be observed transcribing these cultures into his own visual language, one which places him in direct conversation with artists such as Cy Twombly, Joseph Beuys, Giuseppe Penone, amongst many others who, with him, had worked since the 1950s on creating a new approach to artmaking, following the Second World War. Characteristic of Kounellis’ installation practice, two steel and coal works from 2013 and 2014 demonstrate the artist’s exploration around the weight of energy points and how these may impact space. Indeed, the piles of coal framed by Kounellis’ identifiable steel supports also function as a link to notions of smoke, an ever-present subject in his practice, as well as fire and industry. A link can also be seen between these two works and Kounellis’ personal relationship with the sea and with peripatetic travelling, specifically the Homeric notion of Nostos, the journey of a hero returning home by sea from Troy. Throughout the artist’s career, references abound to his birthplace, the Greek port of Piraeus, the former heart of the Greek shipping industry, and to transportation vessels, with Kounellis emerging as an Odysseus-like figure, on a constant voyage. The exhibition is completed with a further three works from 2014. Featuring jute, red oil and painted eggshell respectively, these artworks are concerned with the juxtaposition of precariousness and fragility with the robust iron surface which they are each comprised of. These works, which are amongst Kounellis’ final ones conjure ideas of creation and destruction, and see the artist continue in his pursuit for art in everyday life. 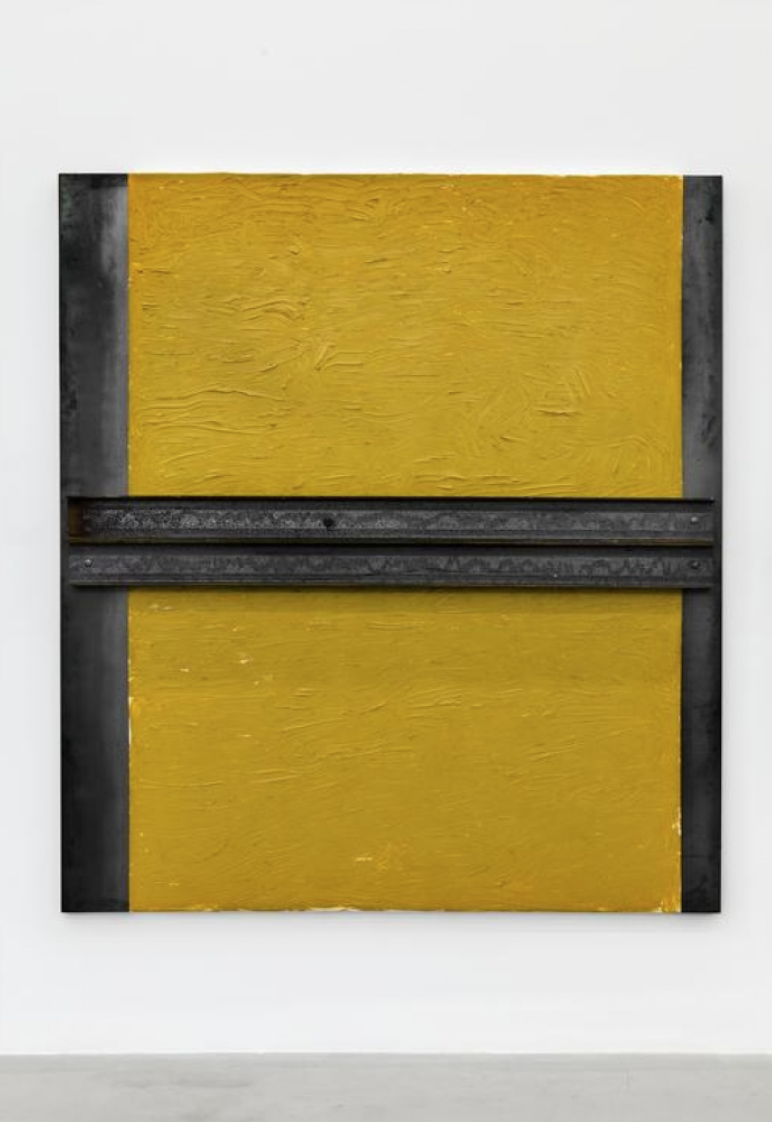 Jannis Kounellis (b. 1936, Piraeus, Greece, d. 2017, Rome, Italy) is regarded as one of the most influential figures in post-war art. With a practice spanning over sixty years, Kounellis is often referred to as one of the forefathers of the Arte Povera movement – one that arose in the 1960s and played a central role in redefining artistic practice with radical and highly original sculpture, performance and installation. Influenced by artists such as Alberto Burri, Lucio Fontana, Jackson Pollock and Franz Kline, and both within the context of Arte Povera and outside of it, throughout his career Kounellis interrogated and extended the boundaries of contemporary art, and in particular the possibilities of painting. Although most of his works are three-dimensional and comprised of ready-made objects (and sometimes even living things – horses, birds and humans), Kounellis always insisted he was a painter first and foremost. Works by Jannis Kounellis can be found in collections such as the Tate Modern, London, the Centre Pompidou, Paris, MoMA, New York, and Guggenheim, New York, to name but a few. Throughout his life, Kounellis was the subject of major retrospectives, including the Musée d’Art Moderne de la Ville de Paris in 1980, the Museum of Contemporary Art, Chicago in 1986, and the Museo Nacional Centro de Arte Reina Sofía , Madrid, in 1996. Kounellis presented at international exhibitions such as the Paris Biennale in 1967 and in 1969, the Istanbul Biennial in 1993, the Sydney Biennial in 2008, and the Venice Biennale, where his work was exhibited nine times, in 1972, 1974, 1976, 1978, 1980, 1984, 1988, 1993 and 2015.