Between nature and artifice, reality and fiction: the possible archaeology of Nicolás Lamas

Between nature and artifice, reality and fiction: the possible archaeology of Nicolás Lamas

Human traces of a hypothetical archaeology leave a mixed sense of familiarity and estrangement in the observers while they experience works of  Nicolás Lamas. The Peruvian artist based in Belgium tries to make interact everything that belongs to the natural order with structures that belong to contemporary culture, deforming their spontaneous coexistence. Result of this process are multifaceted and heterogeneous objects that go beyond not just natural logic but also the logic of present day society. While science orders, measures, creates and arranges models, Lamas looks for cracks in what we try to define as reality, analyzing the relationship between knowledge and power and how these determine the way we interact with what we know. 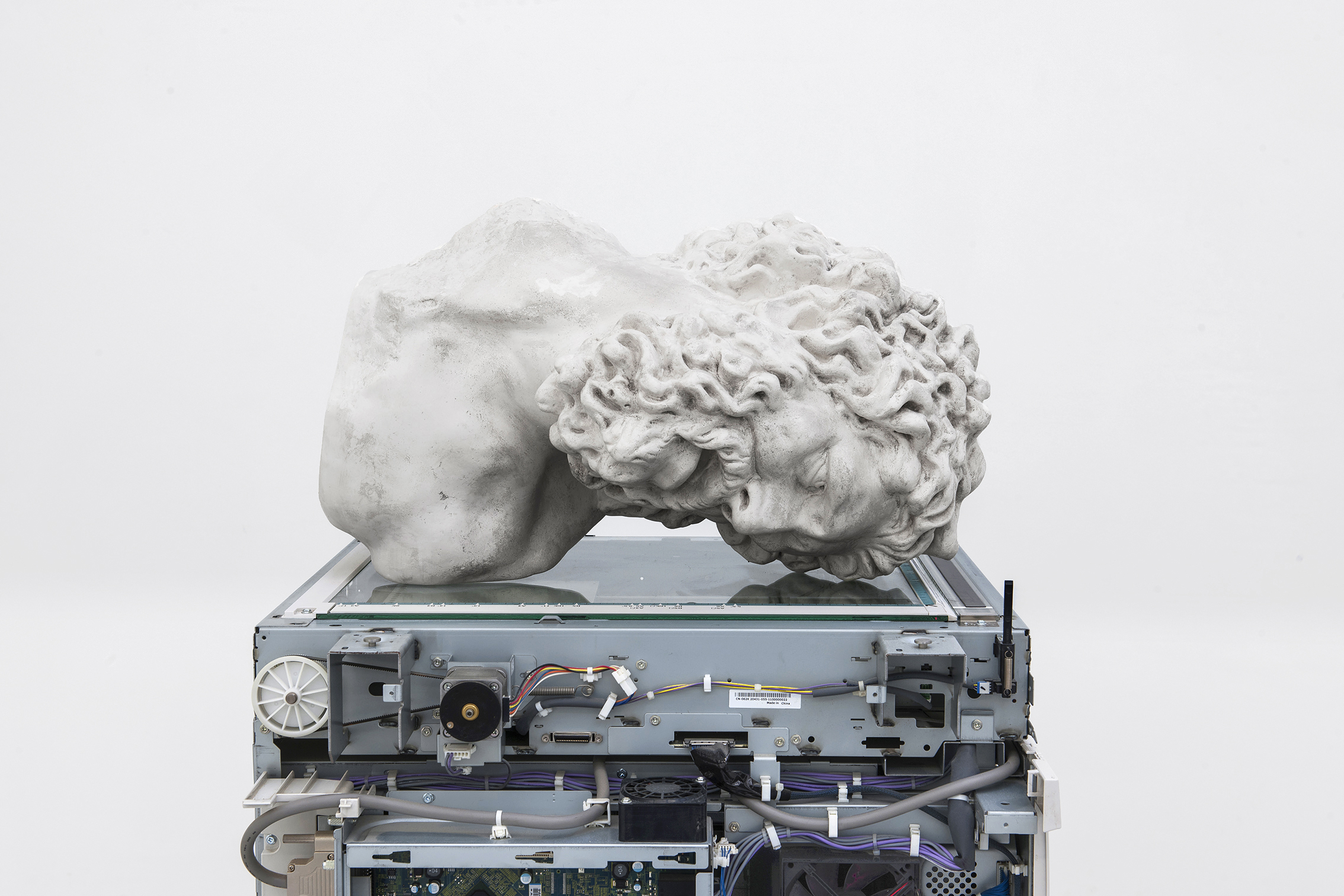 In his latest project,  Archaeology of the Darkness, exhibited at Meessen De Clerq in Brussels, Lamas analyzes the phenomenology of the modern way of living drawing his inspiration from the dynamics of archaeology and those of the biosphere, building a relationship between objects that belong to different realms. Organic remains and technological remains establish a dialogue and create possible entries in the archive of humanity. Lamas seems to be inspired by the theories of post-processual archaeology, negating any historical determinism and emphasizing the subjectivity of archaeological interpretations and the dichotomy between subject and object. He writes, deletes and rewrites data which appear as exercises that overlap layers of meaning that changes as time passes. Lamas manipulates the norms of time logic and creates an original iconography. For example he links a 6000 years old Sumerian tablet with fragments taken from a modern computer, opening up a dialogue about the contradictions between the omnipotence and obsolescence of new technologies. He reflects on information, its transmission methods, its learning process and its storage. 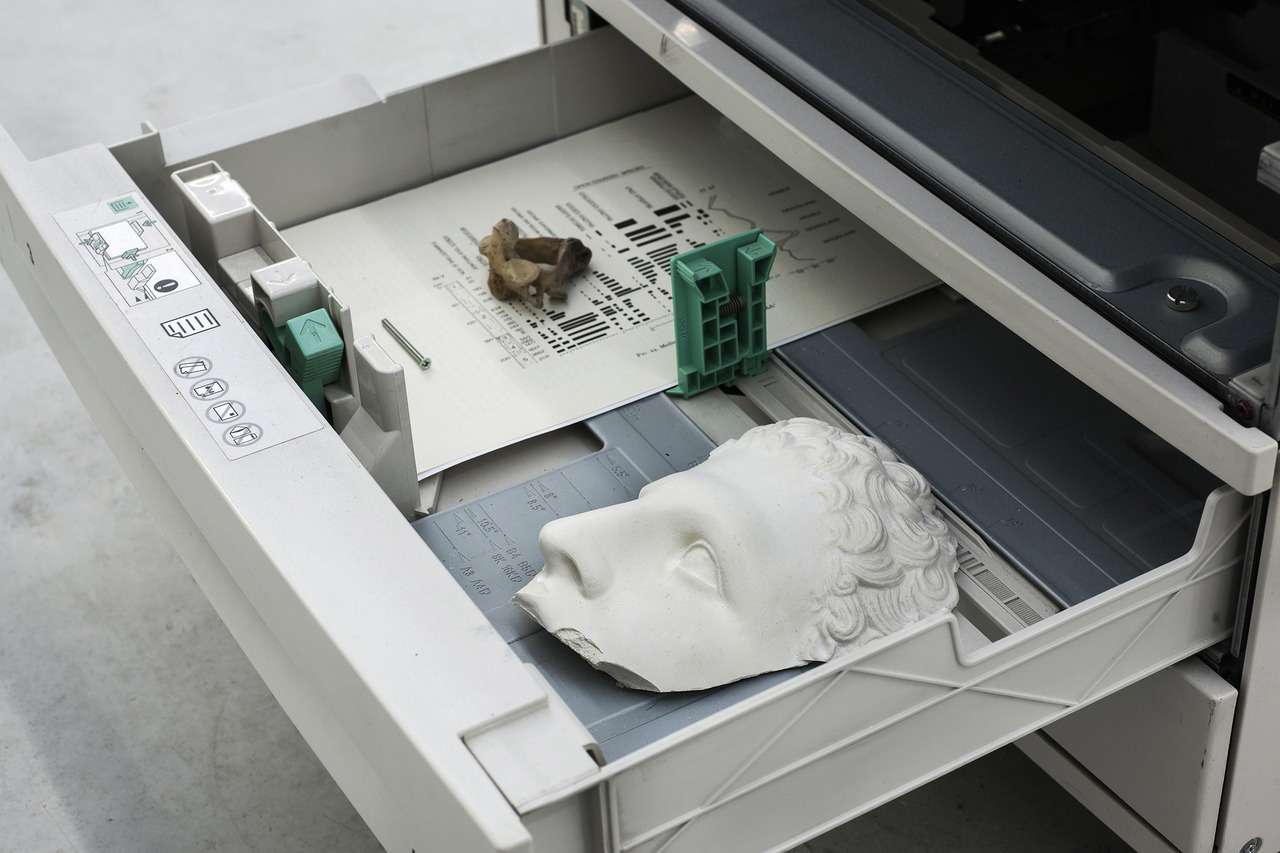 Photocopy machines, useless and nowadays obsolete, serve as a stand for copies of ancient statues. The theme regarding memory and the transmission of information, through the concept of the copy, brings to light the limitations of the hyper-technological society. The photocopiers are manipulated by the artist, they are opened and dissected and, like lifeless and amputated bodies, are testimony of the struggle of a technology that could not keep up with the pace of progress.  The copies of the classical ancient statues are symbols of a contemporary humanism and of stylistic and cultural canons that shape us and define our way of interacting as individuals in our society. The hybrid objects created by Lamas in some ways communicate an apocalyptic and post-human scenario. They are what is left of a reality that has disappeared, they document our obsessions, our wanting to leave our mark, and our need for cataloging, for conservation and classification and the traces and the proofs of our presence disappear and fall victim of the fragility of the medium, an old, obsolete copy machine. 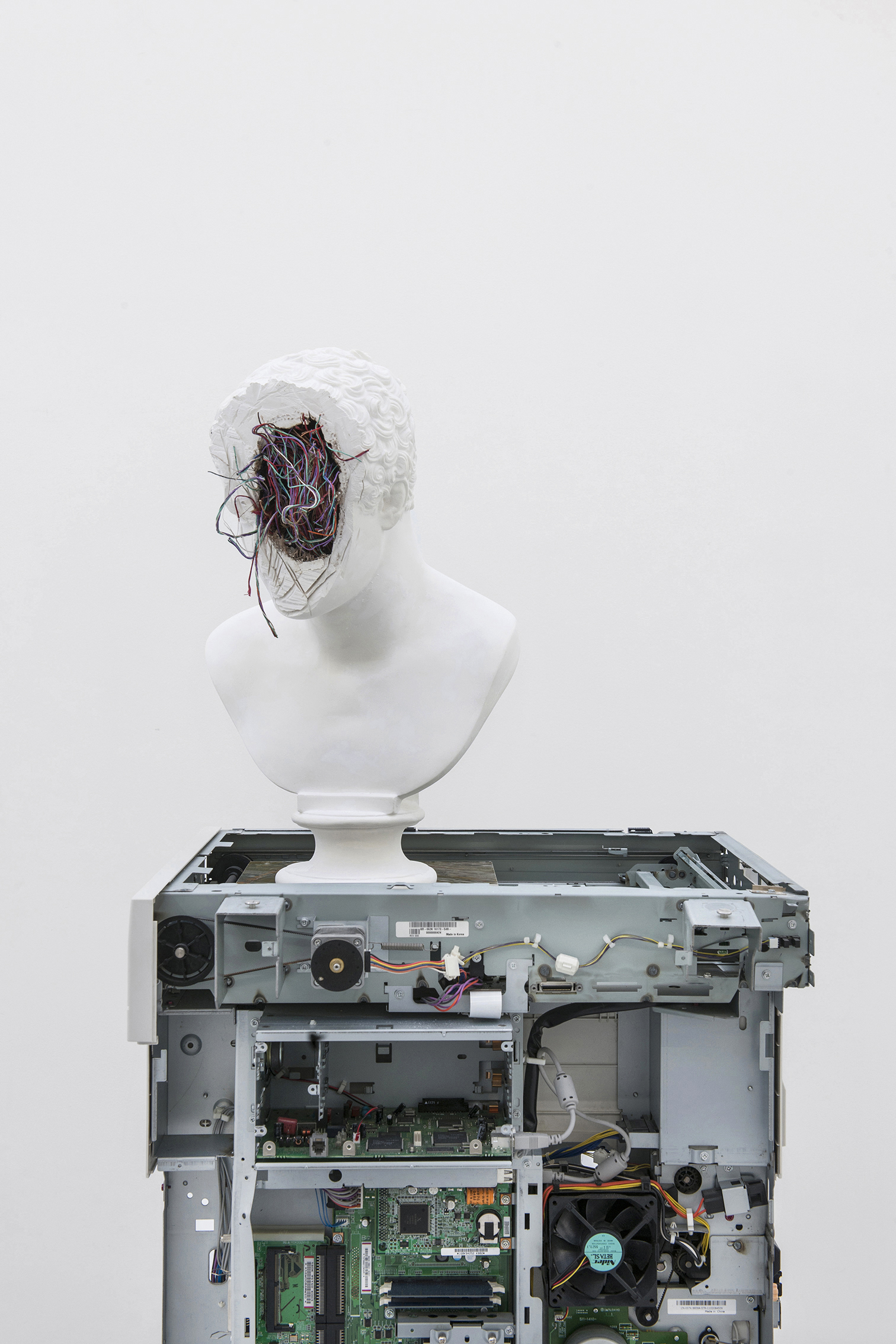 Nicolas Lamas was born in Lima in 1980, he lives and works in Brussels. Lamas studied at the Hoger Instituut voor Schone Kunsten (Ghent, BE), attended the Facultad de Bellas Artes at the Universidad de Barcelona, (ES) and the Facultad de Artes Plásticas at the Pontificia Universidad Católica del Perú in Lima. His works have been exhibited in various spaces, worth a mention are his solo-show: Becoming Animal, Tenderpixel (London); The Form of Decay, (P/////AKT, Amsterdam); Solo Project, Artissima (Turin); Before Disappearing, Design Museum (Gante); Ocaso, Galería Lucía de la Puente (Lima); Dysfunctional Links, Meessen De Clercq (Brussels); Potential Remains, DASH (Cortrique); To Contain is Not to Possess, Lokaal 01 (Antwerp); The Value of Formlessness, SABOT (Cluj-Napoca). He has also been part of international art fairs represented by the gallery Meessen De Clercq (Brussels). 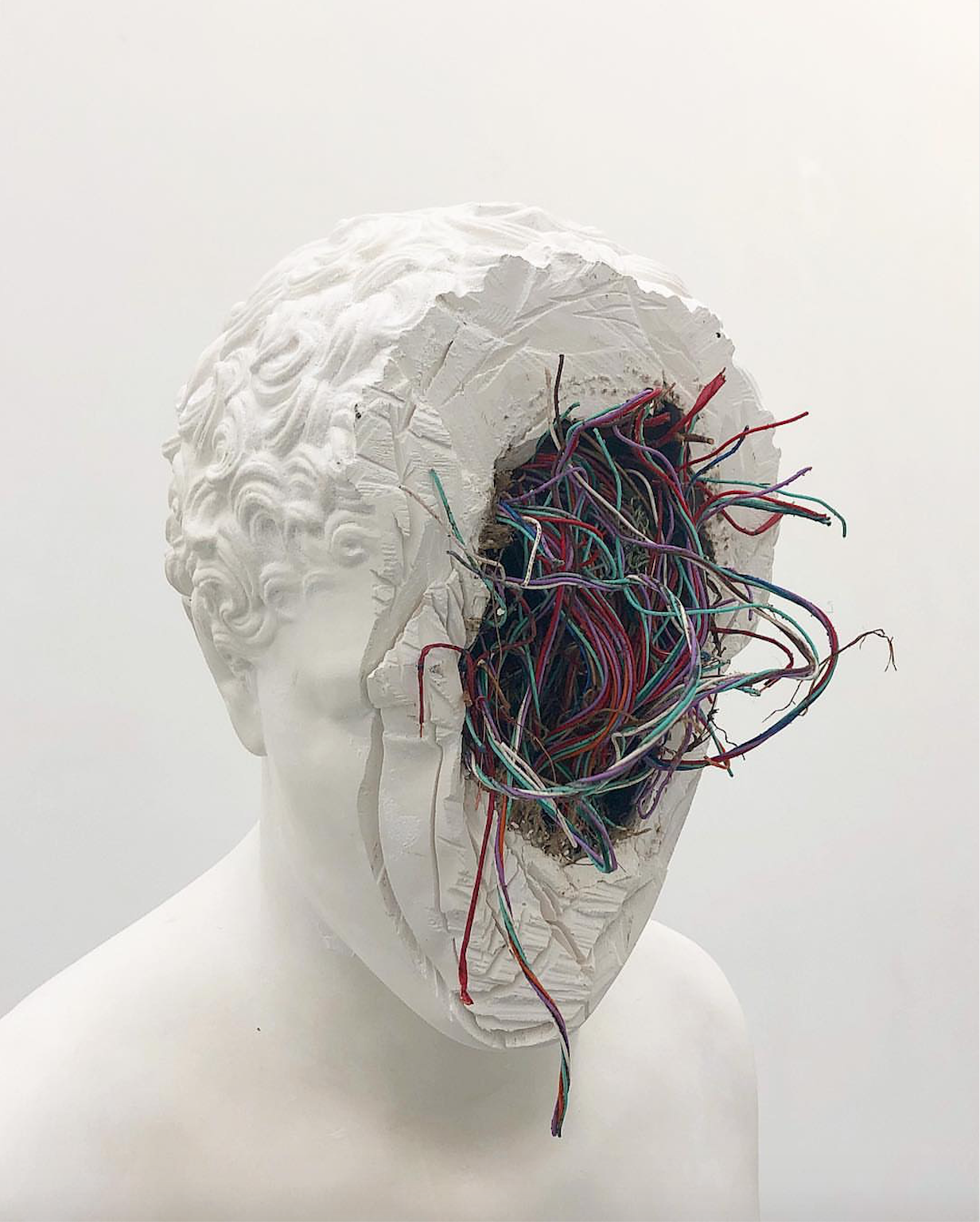