Joseph Gross Gallery presents “Intuition”, the first solo show of French artist Yann Houri in Los Angeles, curated by Casey Gleghorn, with a selection of new grand scale works conceived specifically for the space of the gallery in the historic Chinatown location. 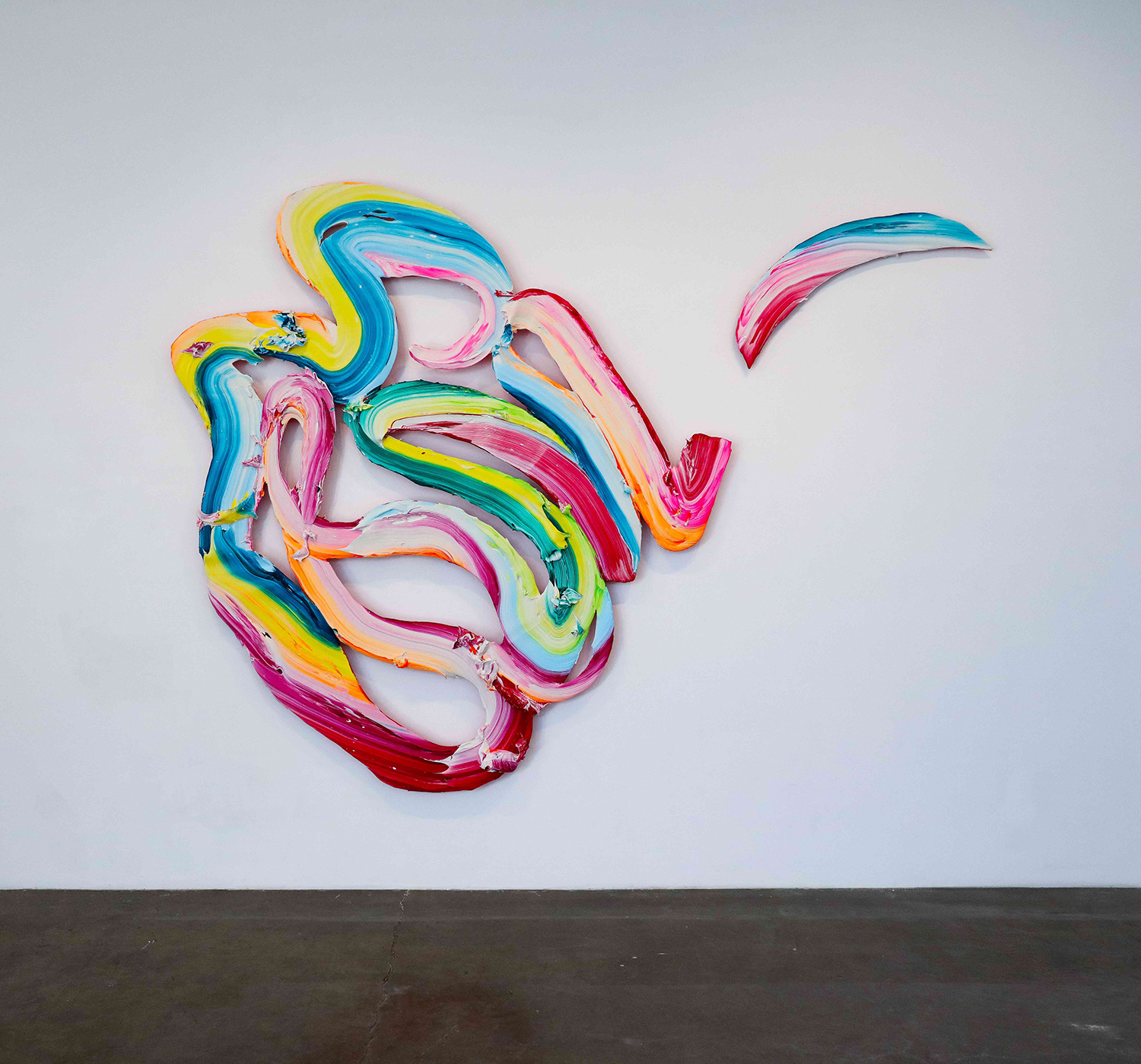 Recognized for his unique style and his mixed media pieces which merge balance and discontinuity in a visual explosion through the use of color, Yann Houri summarizes and extends, with his peculiar figurative rendition, the concepts of fluidity and movement derived from the analysis of the complexity of the human condition, his vital energy and the implications which affect him as a man of our time. Yann focuses his artistic research on the unavoidable flowing of time in which the human being is immersed as a vital part of the frantic contemporary society in the digital era, the manner in which the subject is influenced, and practically involved, in this incessant and overwhelming process and the relationship between representation and abstraction of the emotional stages that engage it. 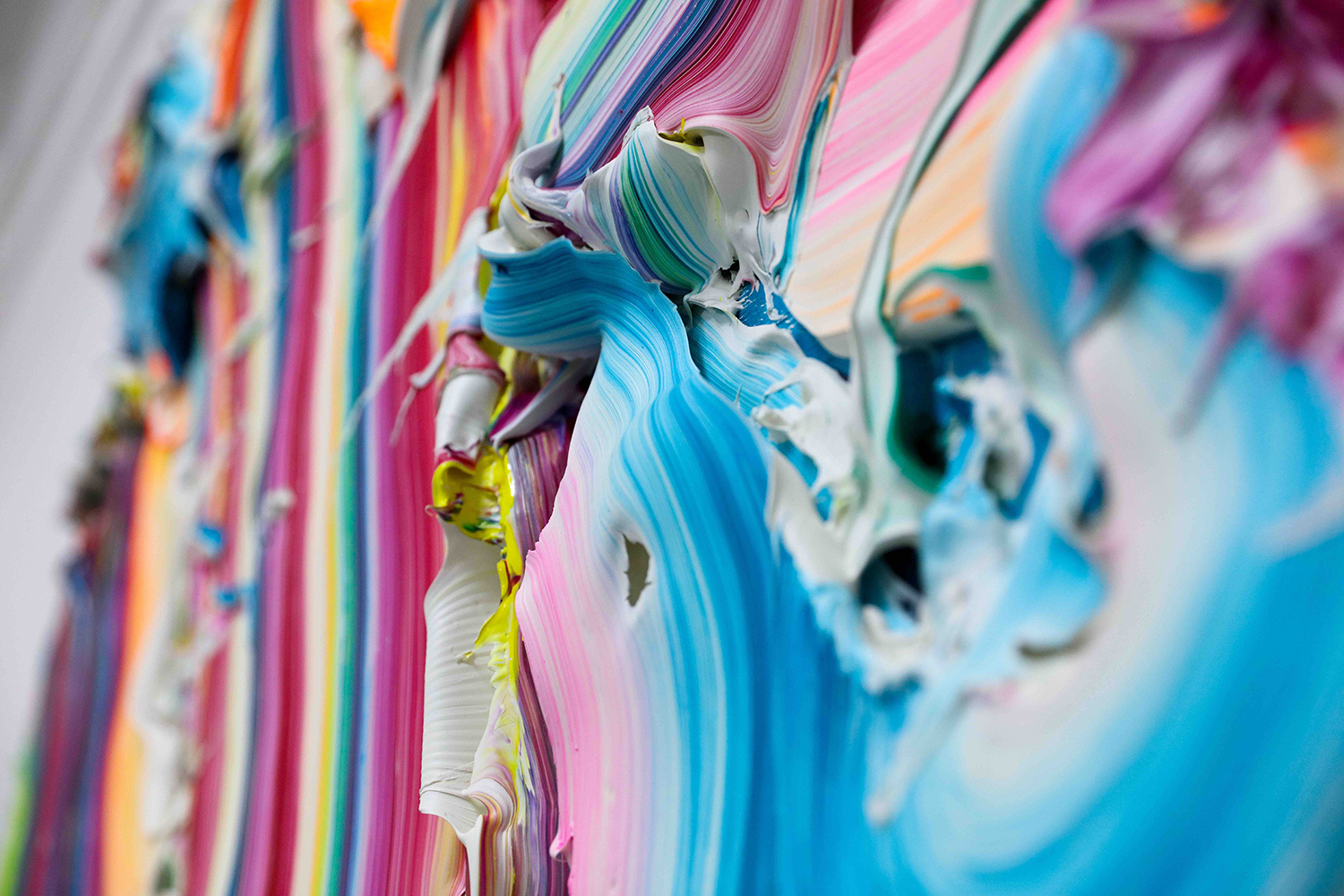 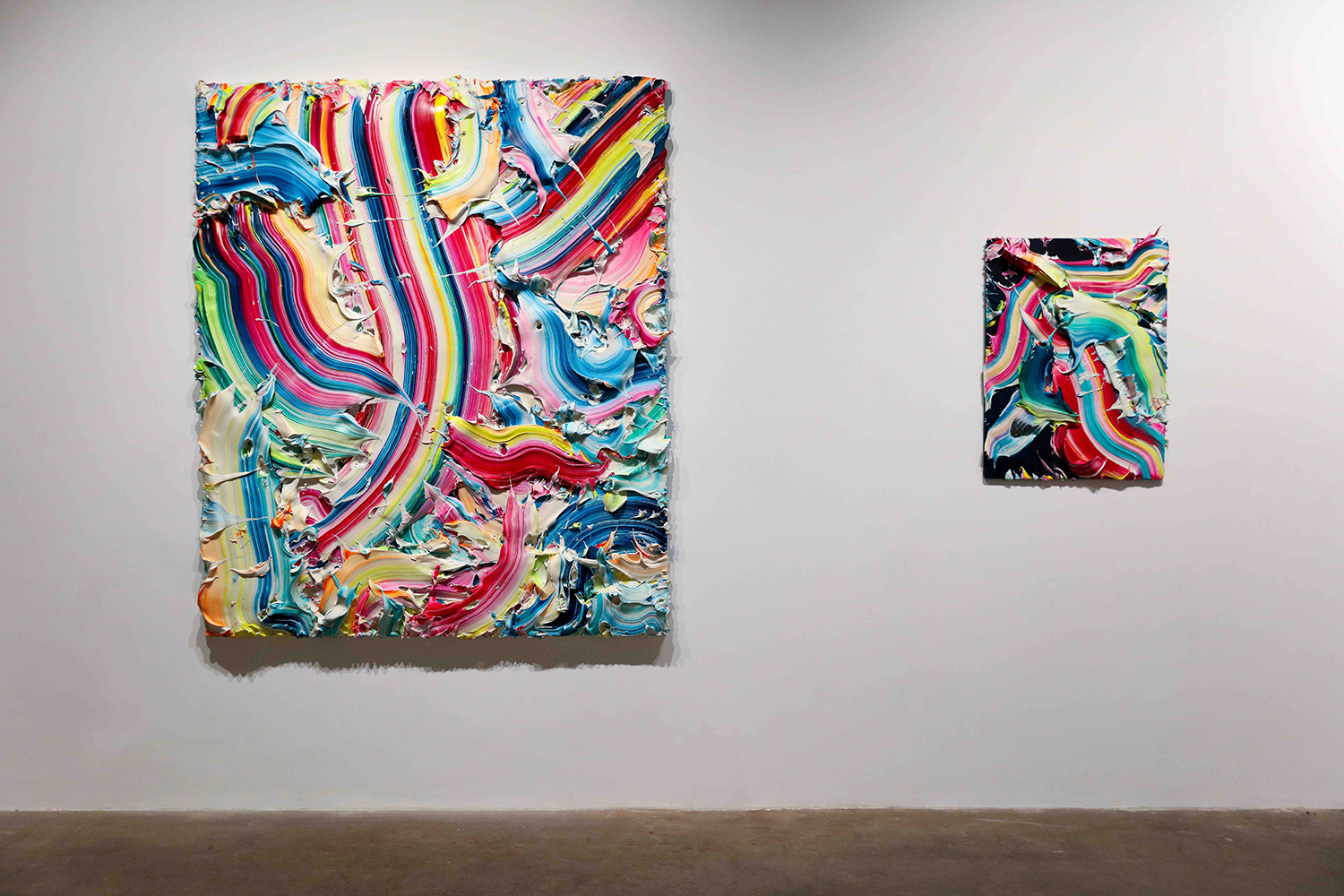 How humans live in their environment and the temporality of their condition are key concepts of Houri’s research, he investigates the mechanisms and the possible variants of these relationships and the way in which these elements combine, explode, interfere and merge with each other, influencing and transforming one another. The movement, the fast pace of flowing time and the desperate attempt of mankind to contrast its force, visually find a metaphysical quality here and display a collection and a variety of sensations and behaviors to which the human being is subordinate in the act of everyday living. This condition is skillfully translated into the works on display, composed by the lively and swirling mass of colors which like energetic vectors, with motifs that at times can be undulating or linear, embody the fluctuating and invisible nature of the vast and contrasting range of human emotions. 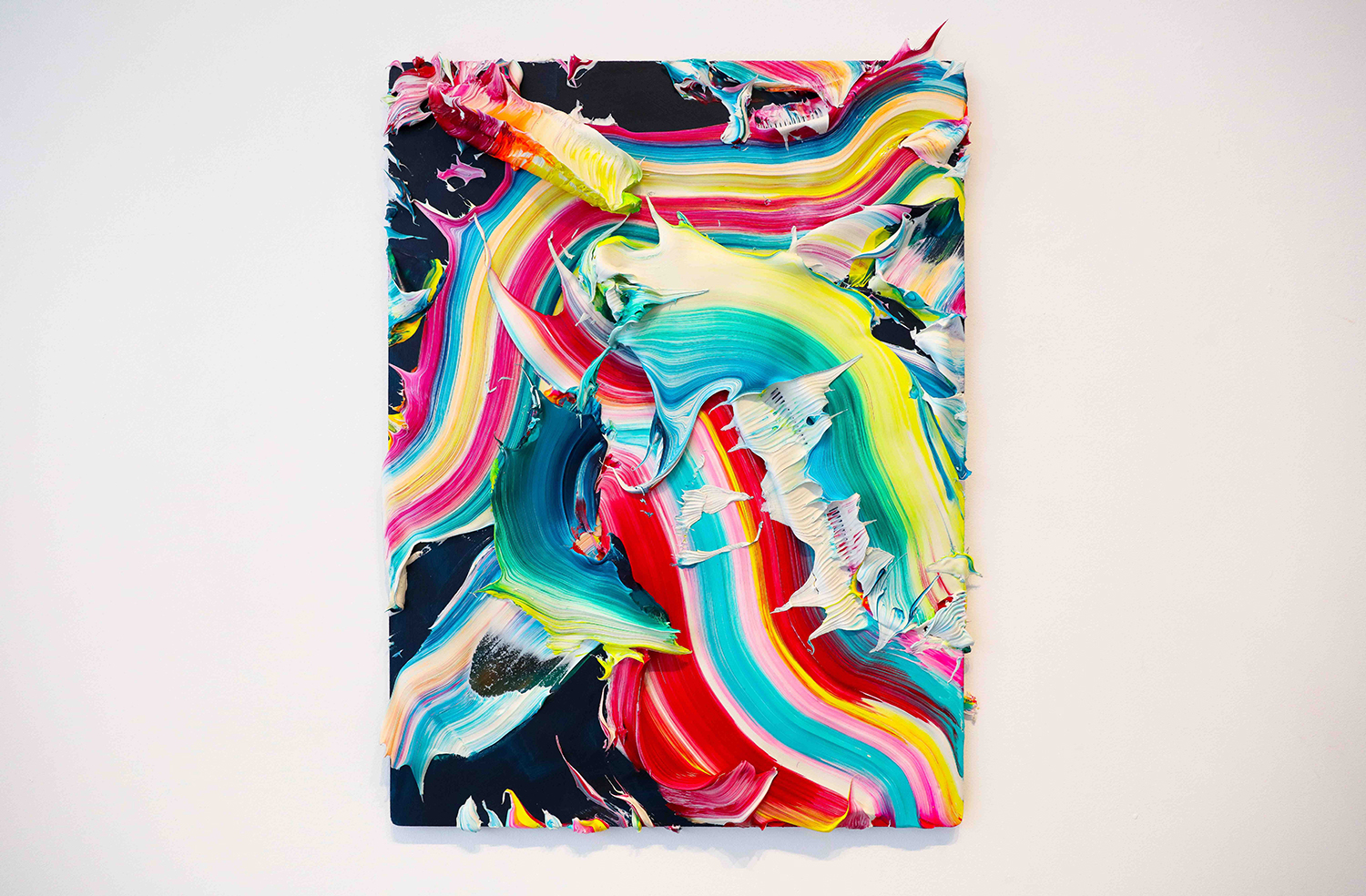 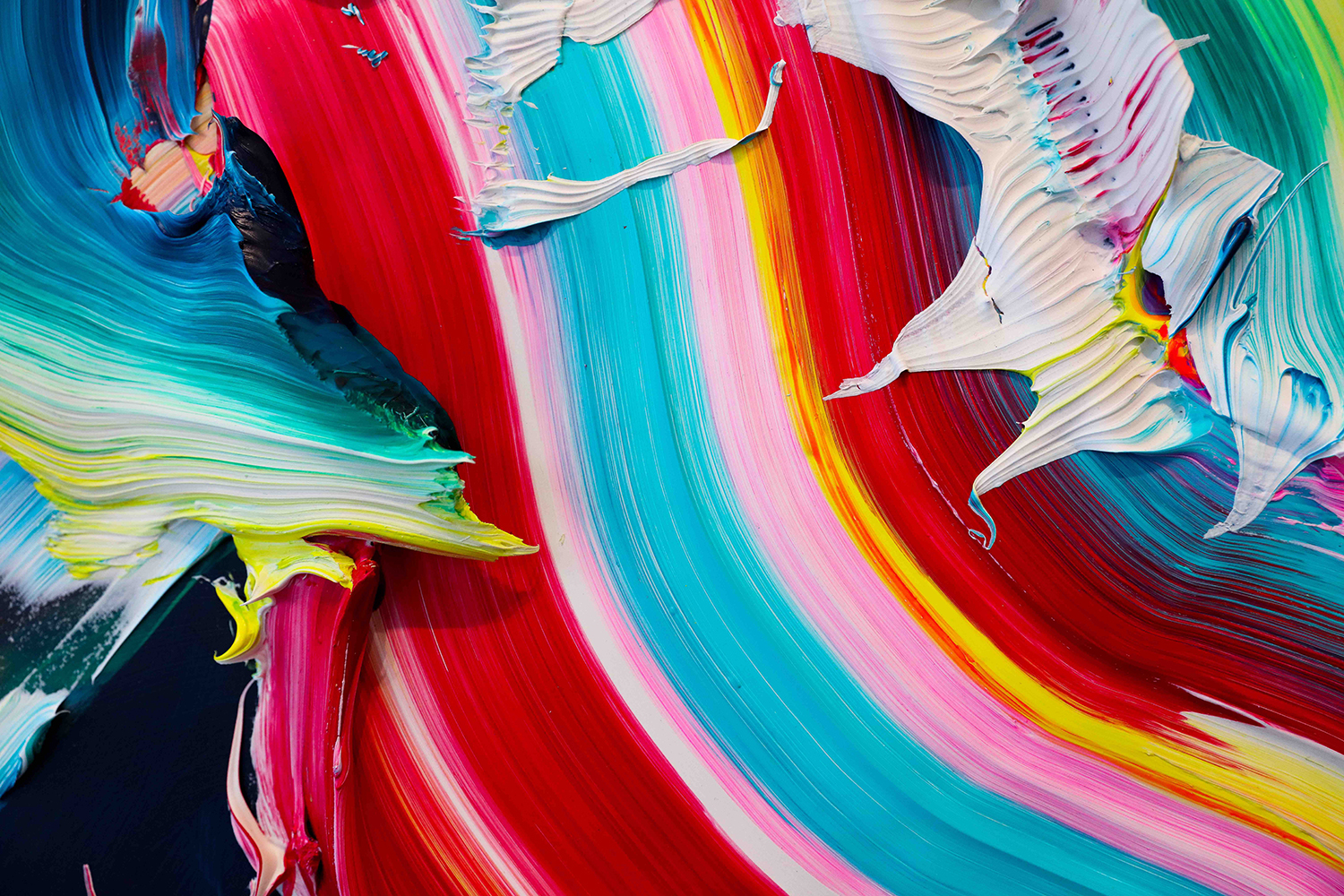 In an oxymoronic explosion Houri tries to capture the instantaneous through the movement, the flowing of emotions through the static nature of a color that erupts and blends into the potentially infinite plurality of vivid shades present (like feelings) in a whirl of movement and pigment, symbolizing mankind fighting itself, its own existence, its own presence in the world as a sentient entity with its own sentiments. The ambitious project of eternalizing time, human behavior and emotions in a body of work implies a critic of modern society and its constant fight against the uncontrollable dynamism of the events and the approach that society itself has when it reacts to negative situations. The artist accomplishes this by focusing on positivity, on that feeling of hope that is innate and instinctively intrinsic in the human nature and that guides the will to live. 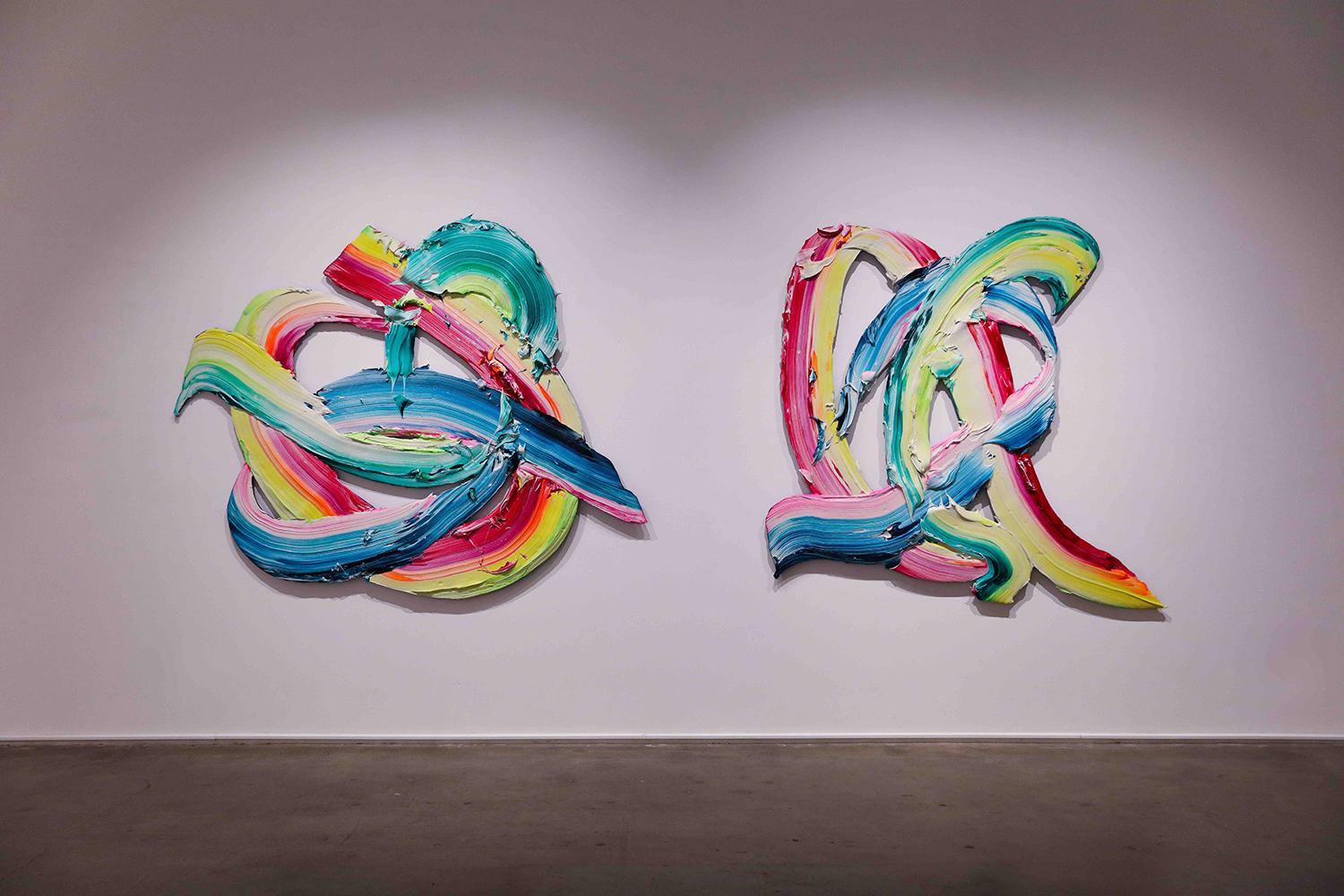