The irrational rationality in the photography of Philippe Ramette

The irrational rationality in the photography of Philippe Ramette

Parisian but native of Auxerre (1961), Philippe Ramette after finishing his studies at Villa Arson in Nice, stops painting and devotes himself solely to plastic arts, inventing unusual and humorous objects to which later he will accompany his photography. Even though he remains a sculptor, he uses photography to “trace in reality” the sceneries he imagines and which defy the laws of physics and gravity. It’s in 1989 that we have the first photographic work by Ramette, with “Object for seeing the world in detail” the young artist portrays himself with an optical device which he describes as a “point of view on the world”. Ramette will constantly use photography for about twenty years (mostly after the 2000), producing a series of images that try to rationalize the irrational through staging his sceneries which are studied in detail and that take shape in the sketches he immediately crafts as soon as the idea or the “dream” enters his mind. 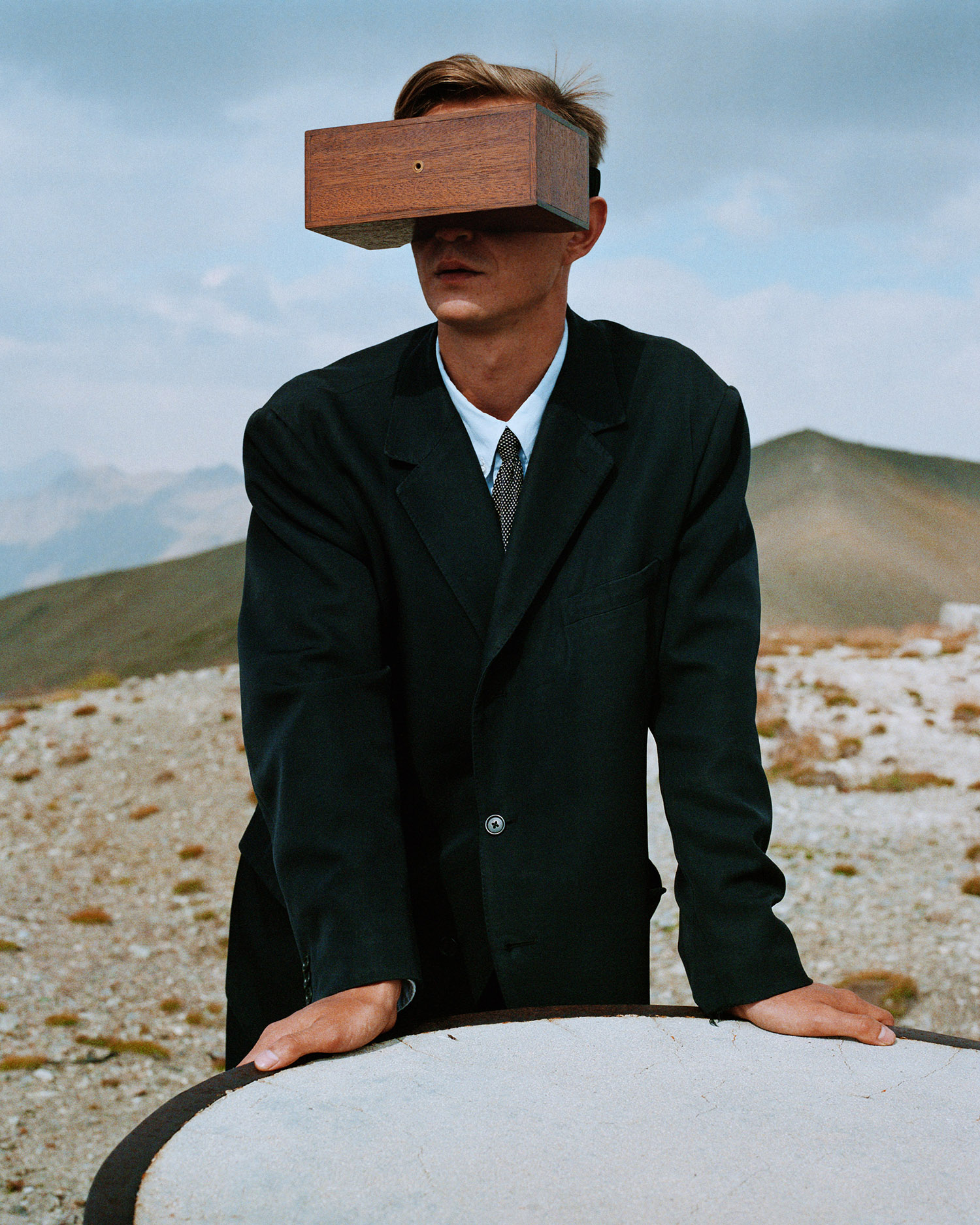 Ramette takes the role of the director but the shots are materially realized by Marc Domage, a photographer who with him concretely creates the sets that were previously conceived. In this case it’s important to stress that the bizarre reality he develops in his shots is not achieved through digital editing but it’s the result of real “missions” sometimes even accomplished in dangerous conditions. 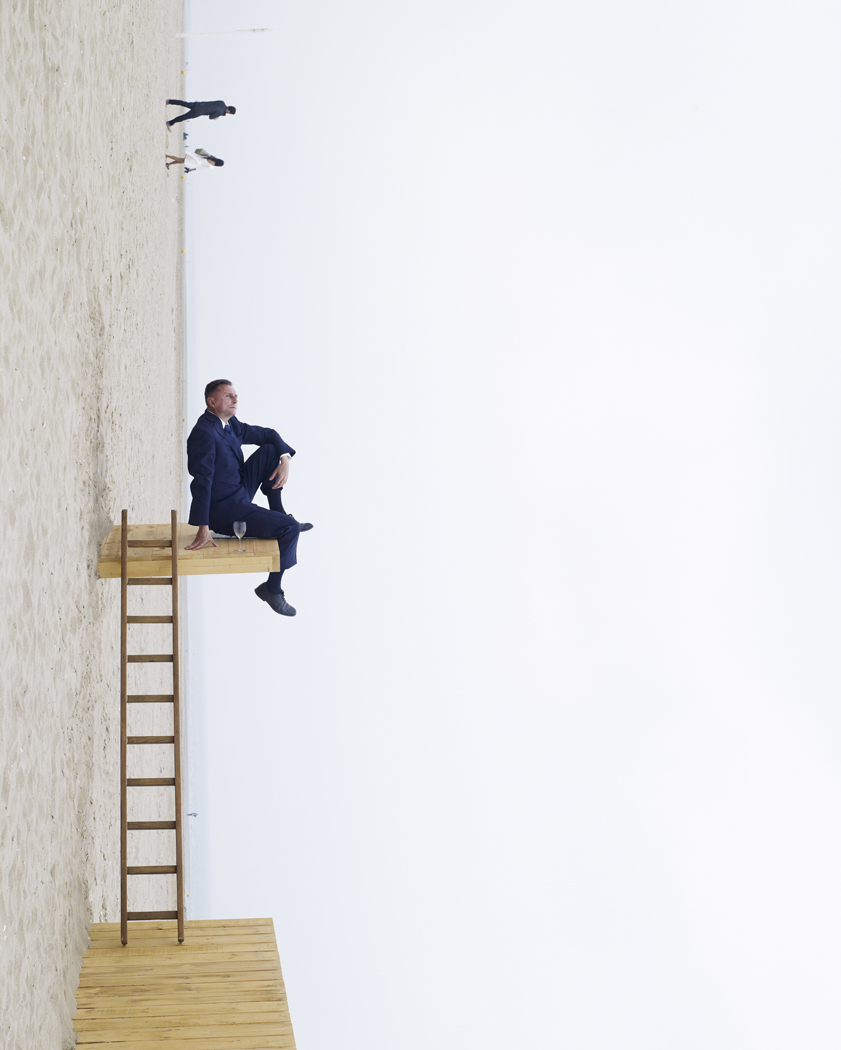 It’s 1996 when Philippe Ramette produces his first “zero gravity” photograph with “Balcon 1” where he is looking out of a wooden balcony, where the artist and the balcony in question are in reality are not positioned vertically but they lie horizontally in the middle of a park. The same scene is repeated in “Balcon II (Hong Kong)” made in 2001, where this time the balcony with Ramette is coming out of the water of the Hong Kong bay. This series was then followed by many others, like the “Irrational Contemplations”, the “Irrational Walks”, the “Rational Exploration of Underwater Funds”, the “Pedestals for Reflection”, all collections of images which recall the the characteristic  leitmotifs of the artist, such as the use of what he calls “prosthetics”, that are: the tricks which enable him to hold certain positions during the shots; the self representation, always in a black suit like a man made by Magritte; the idea of defying the laws of physics and the contemplative dimension which is always present in his works. The result is surreal but not at all disturbing, if anything it appears poetic and melancholic like “Wanderer above the Sea of Fog” (1818) by Caspar David Friedrich. 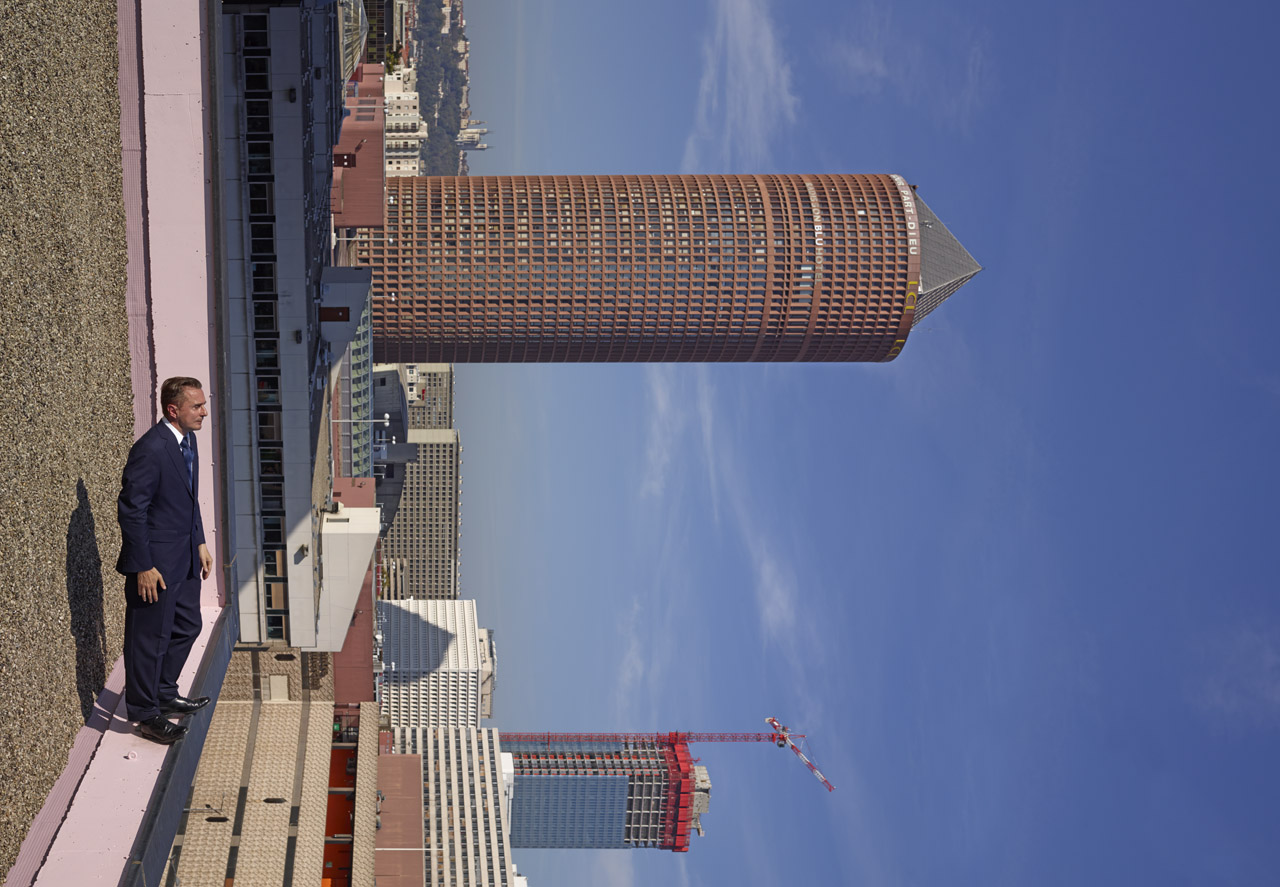 What is surprising about Ramette’s photographic works is that, even though we are aware of the physical strain the artist underwent during the production of the shots, the results do not suggest any tension but instead it they advocate a sense of calm, as if the scene we are seeing is natural and absolutely rational, permeated by a tranquillity and a “metaphysic suspension” skilfully orchestrated by the mind of an illusionist who is able to translate into images the words of André Breton: “The imaginary is what tends to become real”.

Ramette exhibited internationally and his works are in the collection of the Centre G. Pompidou and of the Maison Européenne de la Photographie in Paris, of the Musée d’Art Contemporain in Marseille, and the MAMCO in Geneva. He is represented by the Xippas Gallery in Paris located in the historical Marais area.