No face? You mean like this? – Lia Kimura’s faceless figures.

No face? You mean like this? – Lia Kimura’s faceless figures.

Big cities are usually interesting common denominators of developing the newest ideological trends or popular motifs. Artistic societies are gathering and discussing such issues incessantly. One of the basic topics still focuses on the traditional form of painting, redefining an old approach to undefined creation.  In this context, it’s interesting to consider an exhibition of promising Polish artist Japan-born which has opened a few days ago at the Gallery Nanazenit, in Warsaw. The paintings are supposed to start a specific intercultural communication. The exhibition titled “Lia” tells a story of a young woman Lia Kimura who drew inspiration from the spiritual world. The real, innermost feelings of the author were hidden in numerous faceless beings. The mysterious apparitions of beautiful women are presented as entangled bodies arising from the darkness. Though it is a fact that emerging artists are very often smuggling valuable content, in the case of these works, the intriguing truth is discovered only when we delve into the symbolism of the artist’s native culture. 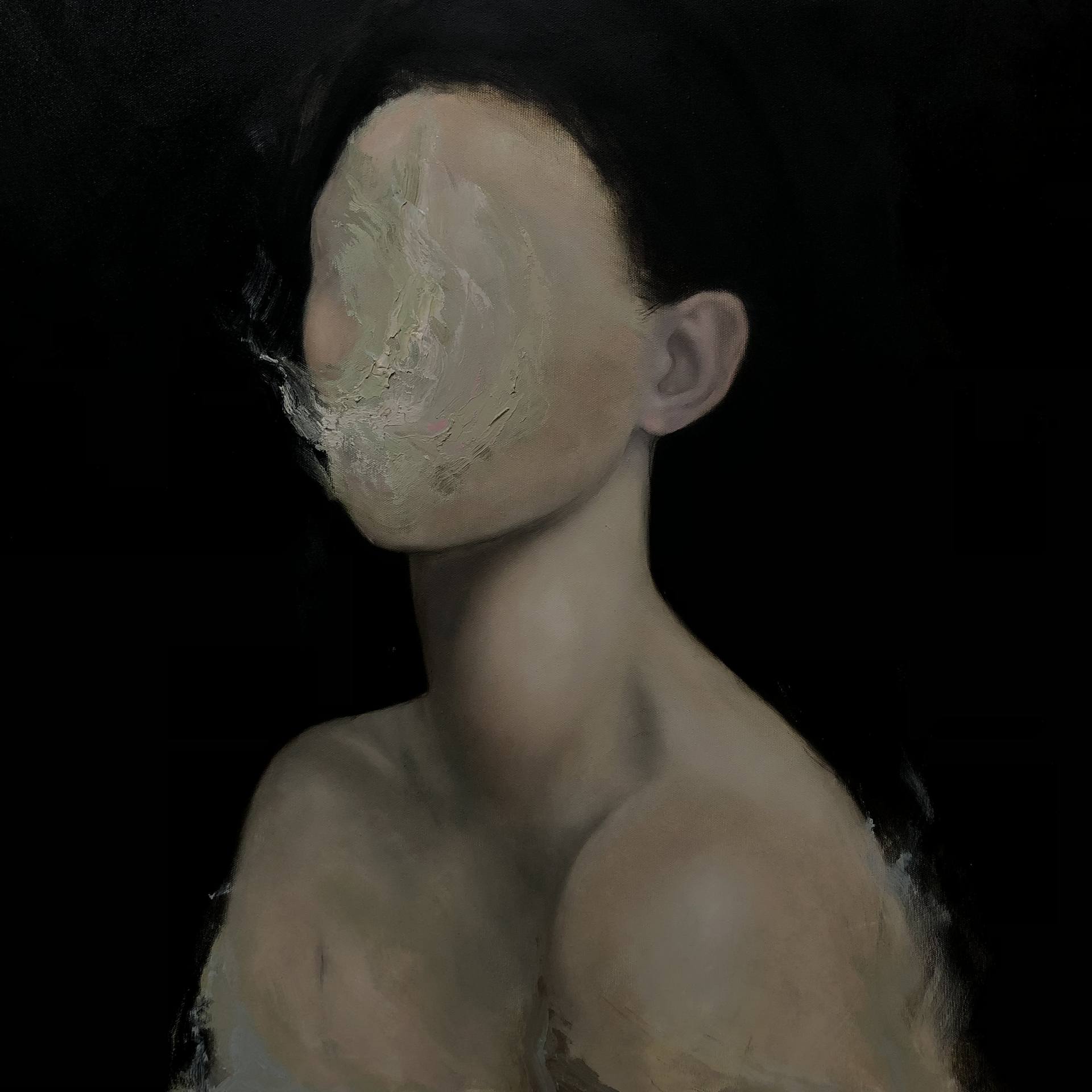 Lia Kimura’s works in the context of Japanese folklore

In Japanese folklore, faceless beings obtained a well-established, legendary position. They belong to the group of yōkai, ghosts, and beings very similar to people (at first glance), whose role is to cause sow fear, and even death. The unknown identity of creatures painted by Kimura is compounded by the lack of expressive facial features. It turns out that the prototypes from the books – without eyes, nose, and lips with pale skin color – are called noppera-bō. This motif appeared in many Japanese publications, including the book Lafacadio Hearn entitled Kwaidan: Stories and Studies of Strange Things (1903). Currently, the spooky theme is also used in pop culture. The well-known character Slender Man – the hero of the urban legends – or Kaonashi (from the anime), “My Neighbor Totoro” are just some examples. 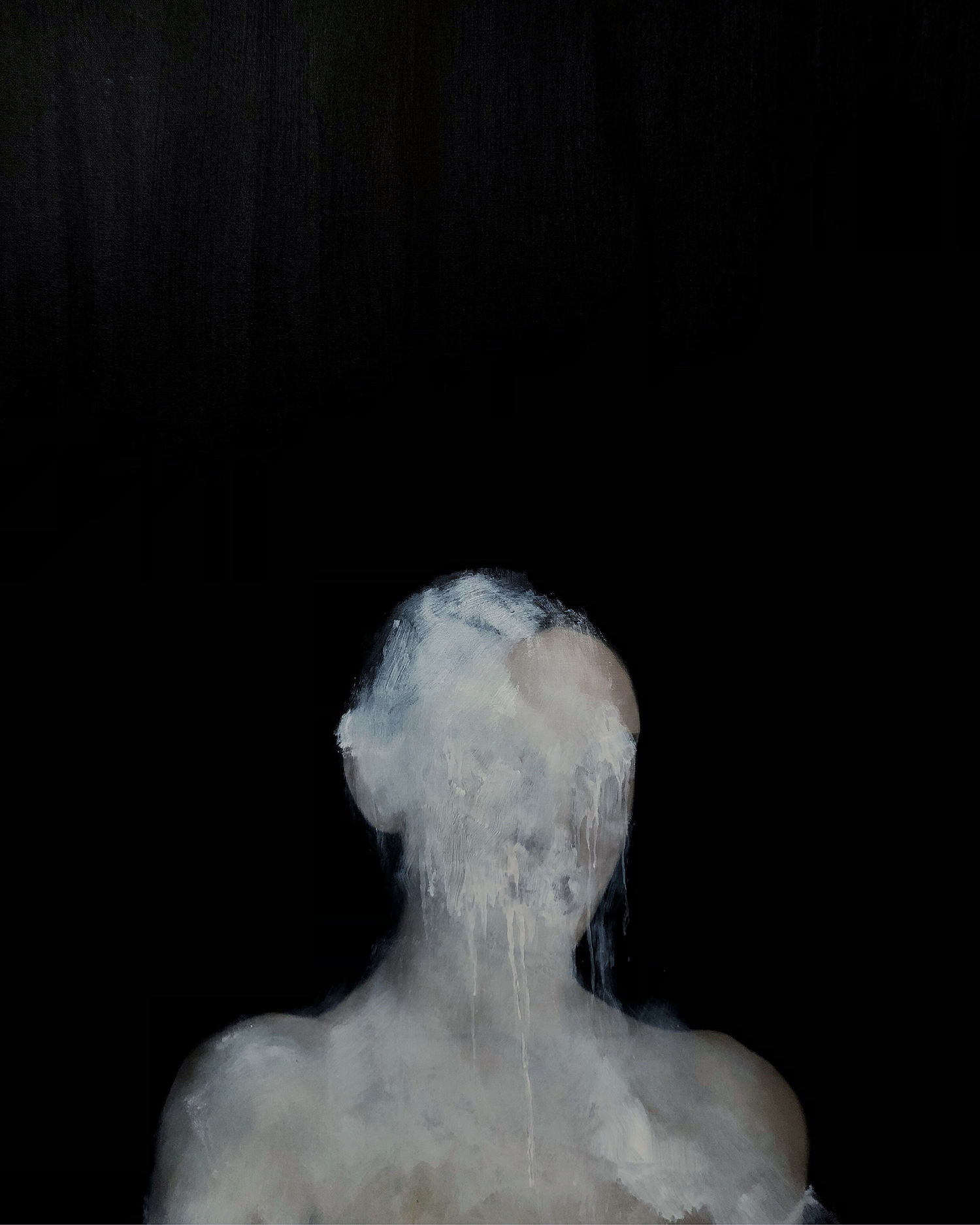 According to the first stories, the mysterious characters usually would take female form. An important role is played by the moment of exposure, when the face is about to be revealed it appears as incomplete. The element of surprise is extremely ghastly for the protagonists of such stories. In contrast, Kimura’s paintings present creatures directing their attention to the recipient. In a large number of paintings, silhouettes are presented en face as if the artist herself was confronted with the emotion/person she encountered. As she says, painting allows her to cleanse herself from the excess of emotions and external stimulations. Kimura also enforces an analogous duel with the recipient of her art. A black background suggests that a body bathed in dark endlessness comes from a slightly different reality. It is very important in the case of the noppera-bō haunting a person during his stroll along the street. 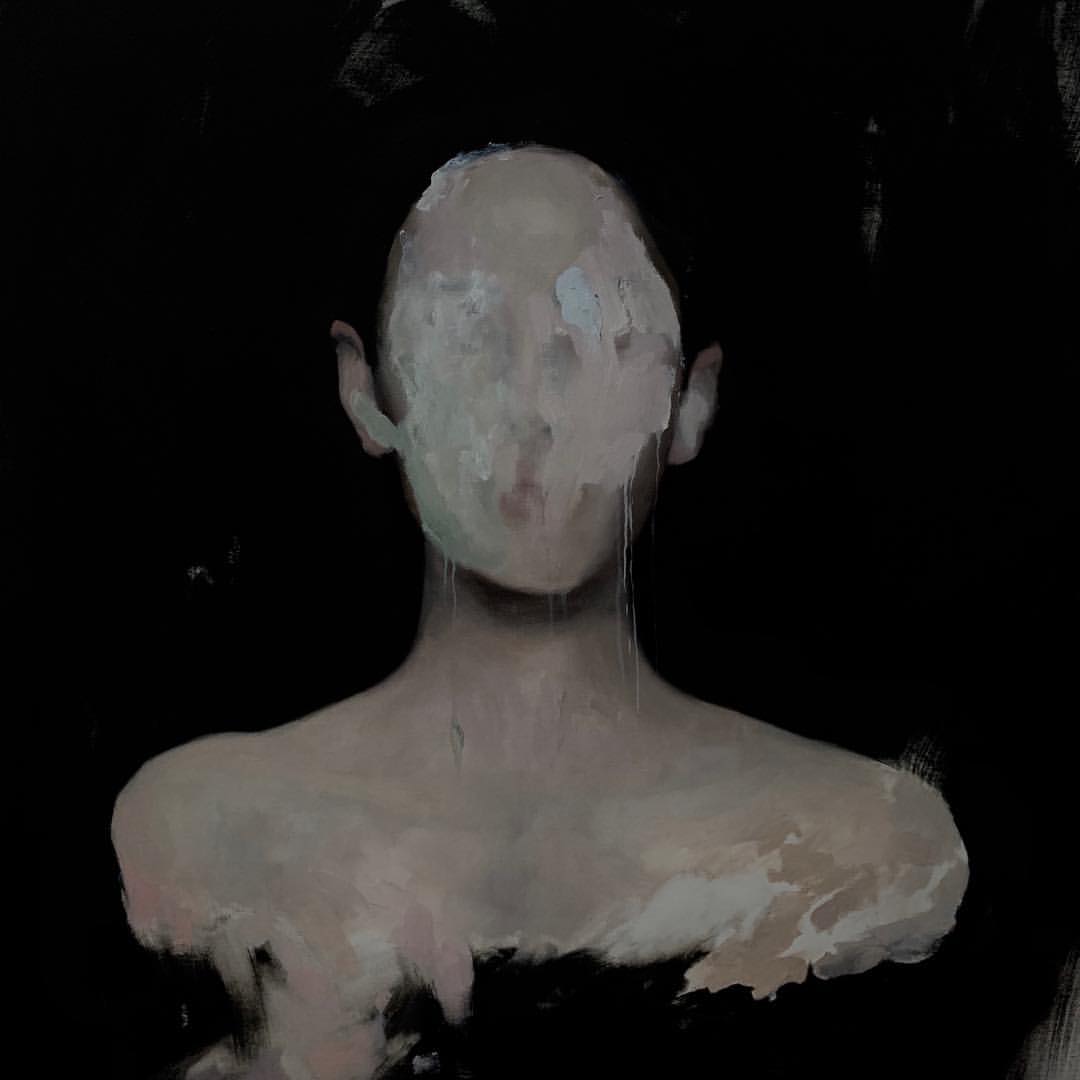 The gesture of wiping a face

Another important aspect that speaks for the apparent similarity of Kimura’s nameless representations to the mythical Japanese creatures is the gesture of wiping the face. When the hero wants to look in the face of the unknown creature, yōkai washes off parts of its own face using its hand. The painter captured this movement in a dynamic way with a thick layer of paint placed directly on the carefully created body. It is not only partially or completely devoid of individual elements, but also symbolically stopped at the time of revealing irregularities. The artist thus attempts to modernize the literary genre of horror rooted in Japanese culture. An interesting fact is that it transfers them to the globalized reality, assigning a new quality to the original legend. In Poland, only a few will interpret Lia’s canvases as a direct reference to folklore coming straight from distant Japan. Because a man with an empty face is an image that strongly affects the psyche, it is not surprising that the other components of the body have been distorted. Kimura creates humanoid bodies that are supposed to remain unidentified and intriguing entities. 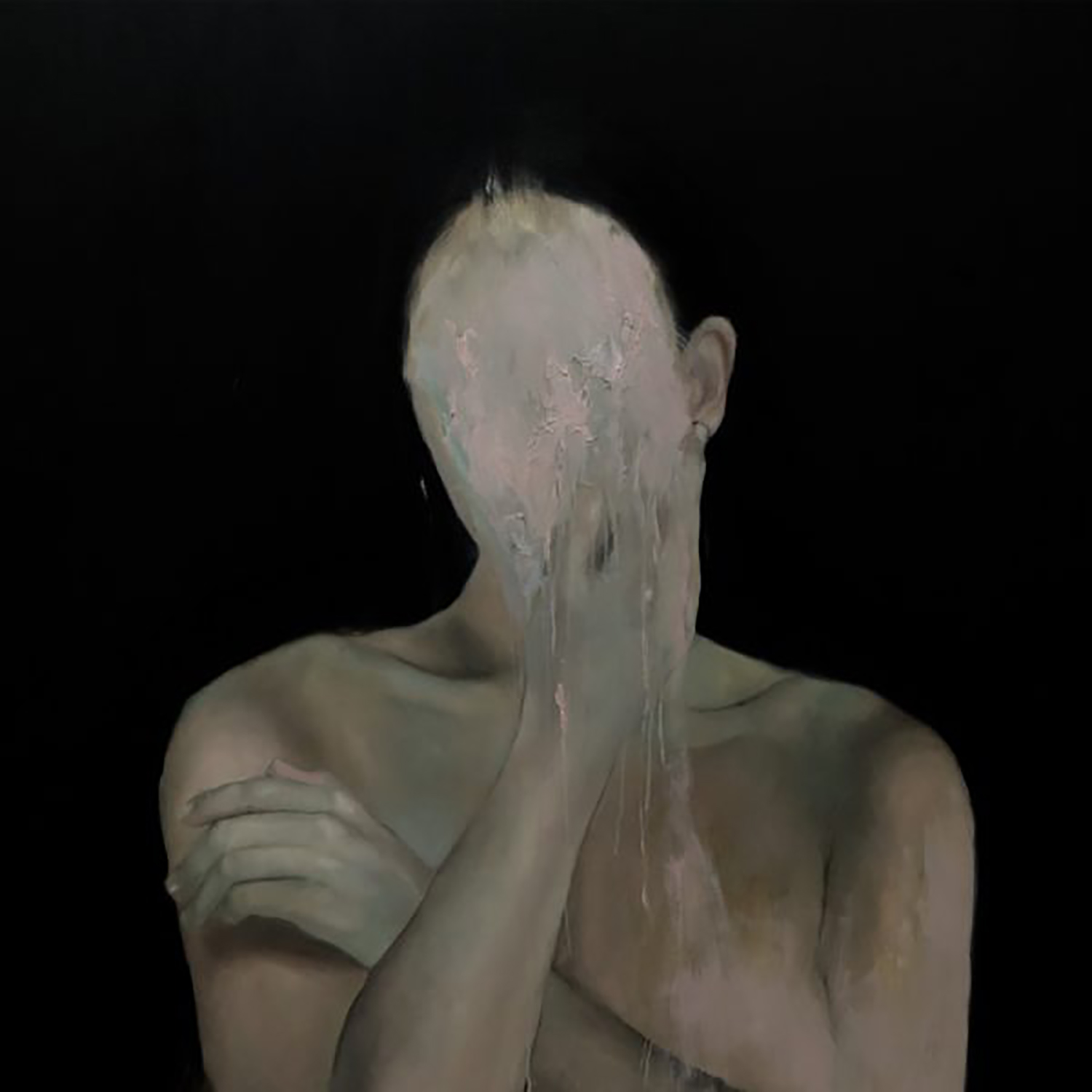 The title of the mentioned exhibition suggests that the profiles are the specific tangible self-portraits of Lia. However, at a closer look, each canvas seems to conceal a completely different emotion – fear, uncertainty, loneliness or affection – as the titles suggest. The cycle of works can be compared to the contemporary phenomenon of taking “selfies”. Kimura’s works, however, show in a sardonic way not the exterior, but the real spiritual face of a sensitive woman functioning on the edge of two distant worlds. As if the contemporary noppera-bō was to be the embodiment of emotions and a tangible album of feelings. The dicotomy between what is spiritual and what is real, is an attempt to reflect the author’s life experiences into two cultures. 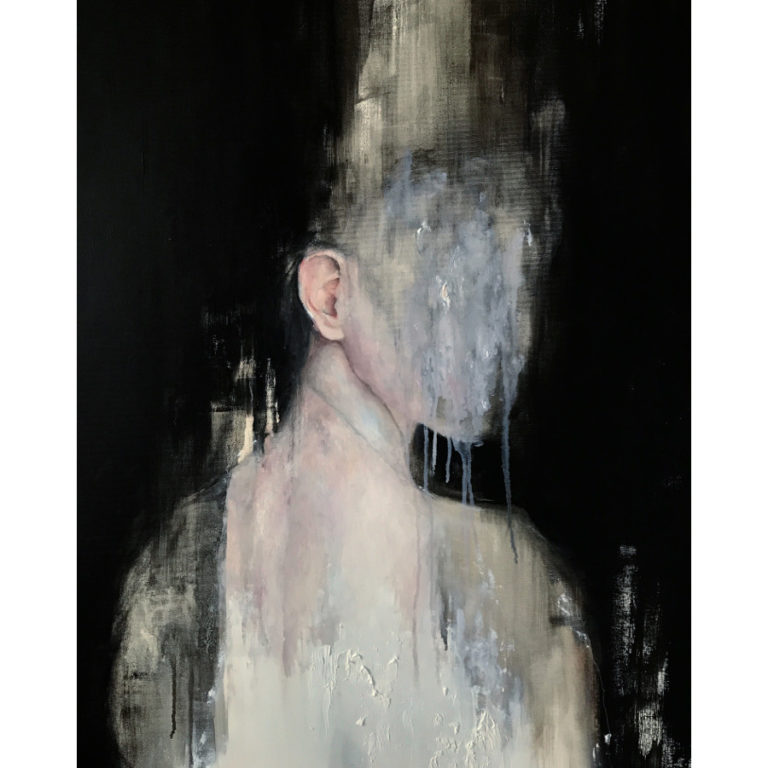 What about the Polish context?

You can ask what influence did the Polish reality have on the artist’s output? Lia admits that she associates it with loneliness, but in a positive sense. It is indispensable when creating images and working on concepts. It helps developing the right climate for creating her works, keeping the rest of the issues on the side.

Lia Kimura is a Japan-born Polish painter and fashion designer. Kimura’s work is mostly connected with her place of birth, her search for identity and intensive feelings: the experience of death, alienation, and hope. Her paintings represent both the traditional form of expression and the experimental approach, in which the figurative body together with the abstract matter become the key themes of creative approach. The artist currently lives and works in Warsaw, where in 2016 she started her career as a professional artist. Her paintings belong to private collections and appear regularly in listings at Polish auction houses.