Rhythm is the motto of the Austrian artist Gerwald Rockenschaub. He is an artist who works in both mediums, the visual art and music and his artistic spirit feeds on the intertwined relationship of composing music and creating visual arts. As an artist originated in the 80’s Neo-Geo movement (also known as neo-geometric conceptualism), Rockenschaub’s work makes him one of the revolutionary and innovative artists of his generation.The Neo-Geo movement, a post-modern art style, developed in contrast to regular figurative expressionistic painting. It defined a particular form of abstraction, applied as a social critique. 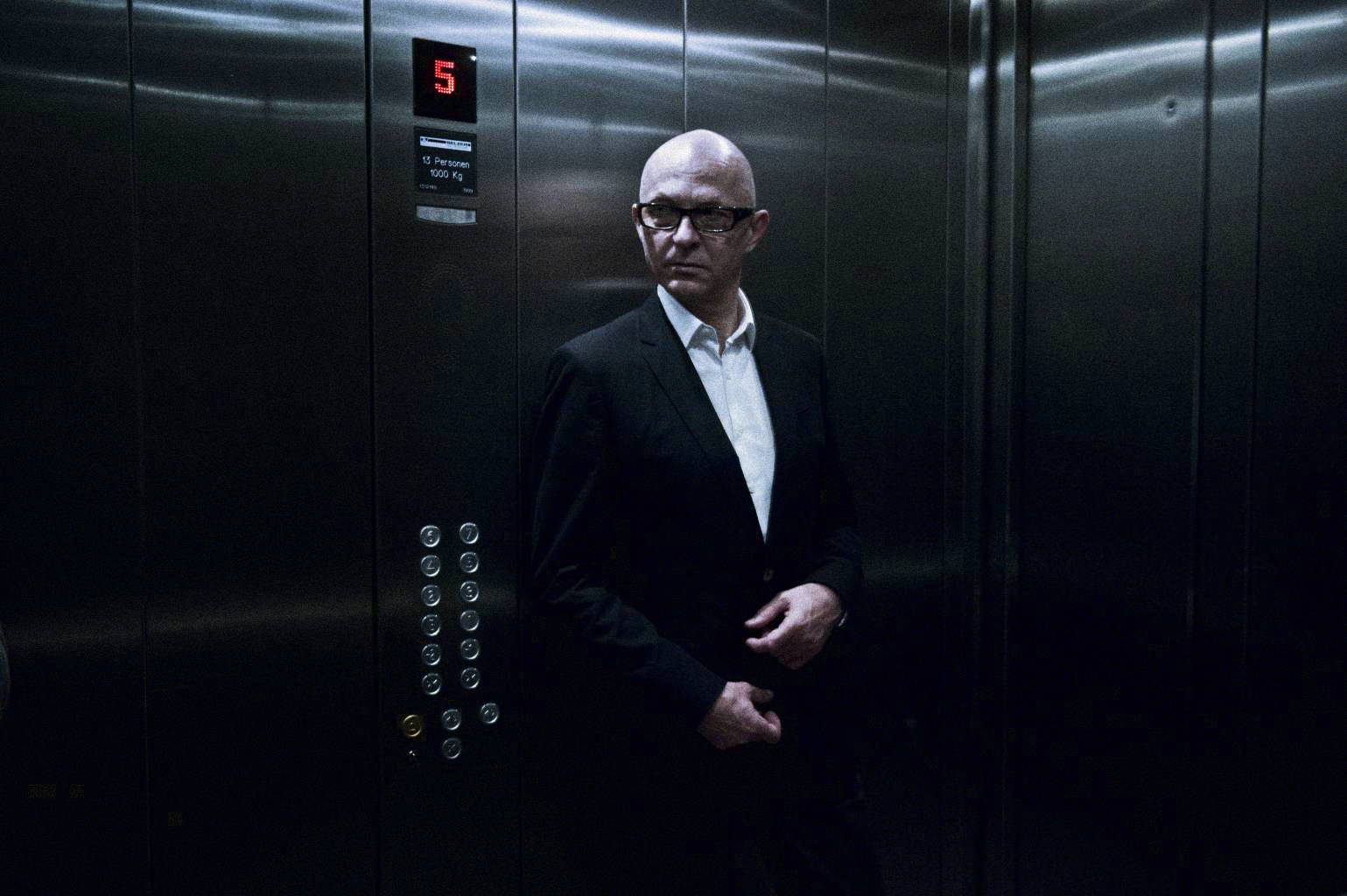 Rockenschaub’s paintings are based on abstract codes and patterns from everyday life instead of the social and metaphysical utopias of the preceding abstraction. He erodes the characterisation of the image by deliberately leaving out everything that might compose distinctiveness in a painting. Linear structures, individual geometric forms and colour fields show influence in the aesthetic system of Bauhaus, Kandinsky’s features and even elements of pop art. His composition of electronic music comes reflected in technoid aesthetics of his work and their titles.

“ I take a similar approach to create a painting, an object, a sculpture or an exhibition concept as I do in composing a piece of music. I think very musically. Choreography, dramaturgy, rhythm, etc. always play a crucial role, especially in developing an exhibition concept.”

Taking inspiration from the rhythm of music Rockenschaub plays with functionality and pseudo-functionality while blurring the boundaries between art, design and architecture. In his sculptural work, the artist comments on architecture and intervenes into the concept of the white cube. His work follows a linear thought process and rises dialogue between architecture itself, the artwork and spectator. His paintings as well as installations are often cooperating with the exhibiting space and are tailor-made to change the perception of it. His installations concern the structure, limits and questions of emerging spaces. In other words, he implements the accuracy and reduction of fundamental elements. The spectator is then challenged to new readings of situations raised by the artist’s gestures based on unapparent interventions with simple elements. The architectural and technical tendencies mirror in his use of materials, he is fond of industrial design material like aluminium, plexiglass, and PVC. 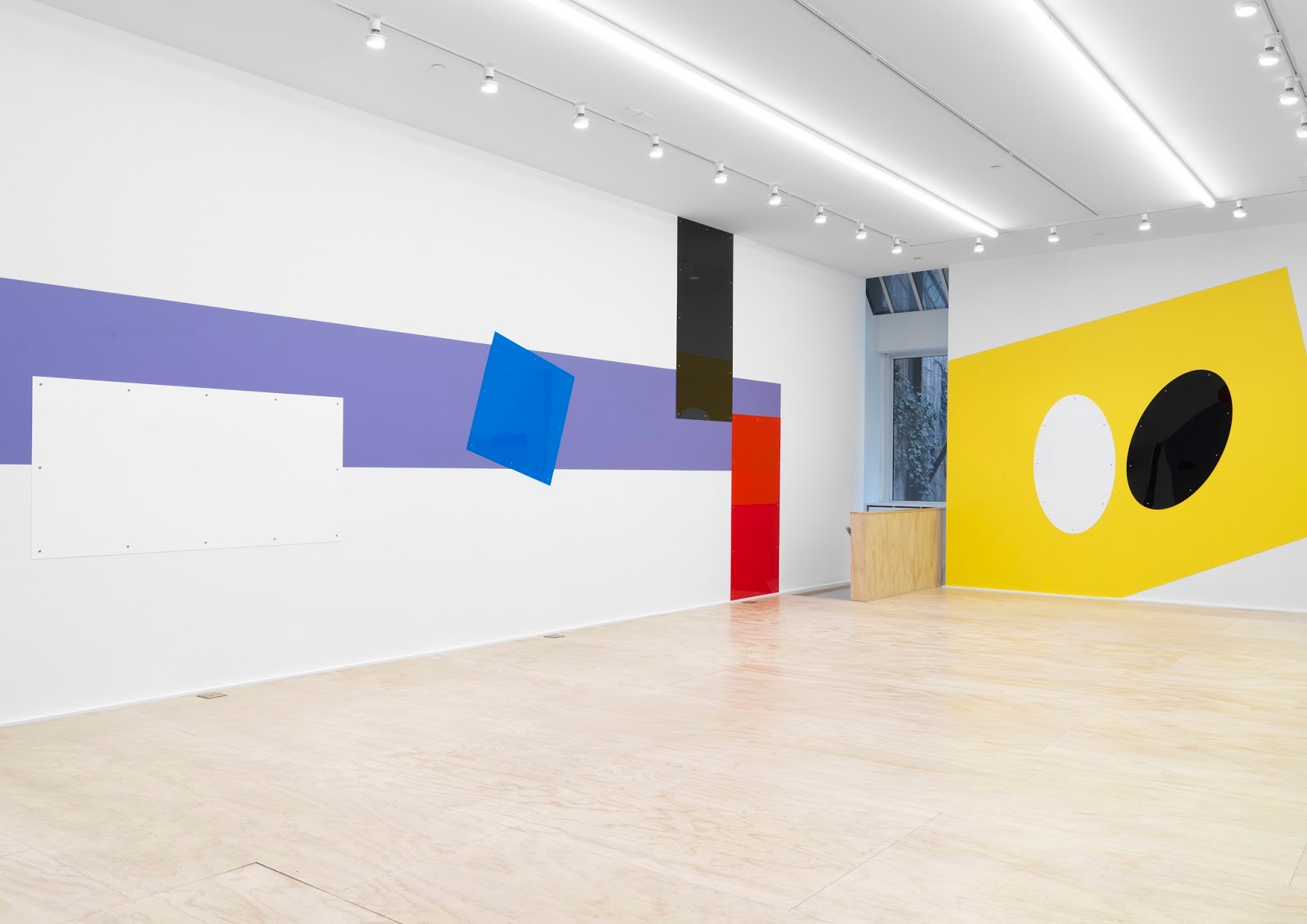 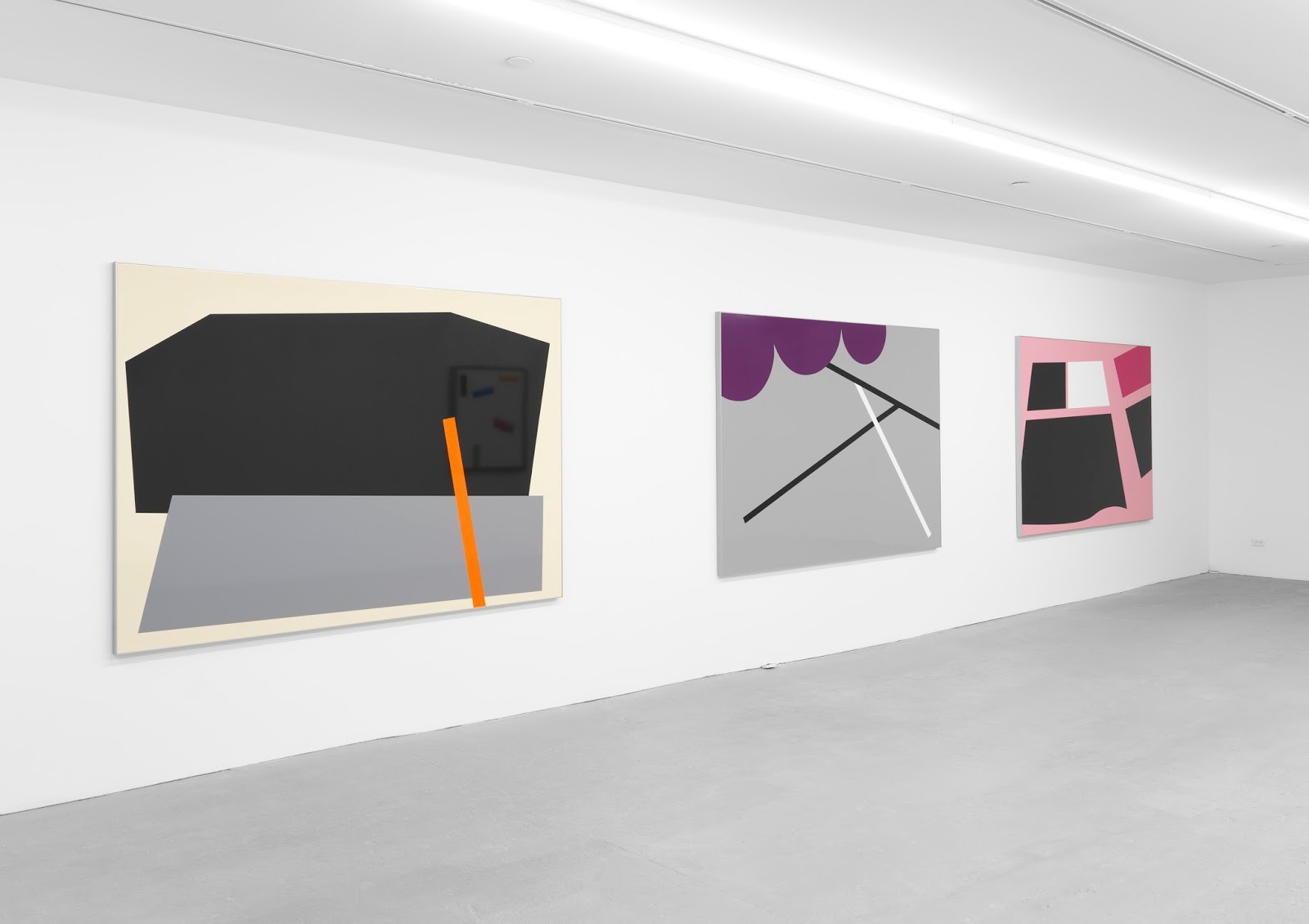 Rockenschaub was also one of the firsts to integrate the computer into his design process.He started shaping objects digitally and has also produced video installations. In Kunstmuseum Wolfsburg he, for instance, created a piece of shaking red dots as a metaphor for edginess and nervousness of our times. Notable are also his wall paintings which, according to Rockenschaub, also act as architectural installations made site-specific. The wall is scattered over with colourful geometrical shapes and random design elements that are minimal but don’t negate pop. The meaning is in the order in which all the features are perceived. It is like jumping from one motif to another across the wall according to the rhythm. Is Rockenschaub blurring the lines between music, interior architecture and art confusing us? Perhaps. But his unusual take on visual arts is what makes his work so engaging. Having to experience and explore the pragmatic context challenges the spectator and adds value to his work. As he says his work “always has to do with production conditions that lead to certain consequences and create a certain state of mind”.