extended until the end of March 2019

At the end of two years of renovation works, the Bullukian Foundation opens its art centre with the exhibition of Léon Tutundjian‘s art works linked with pieces of Alberto di Fabio. 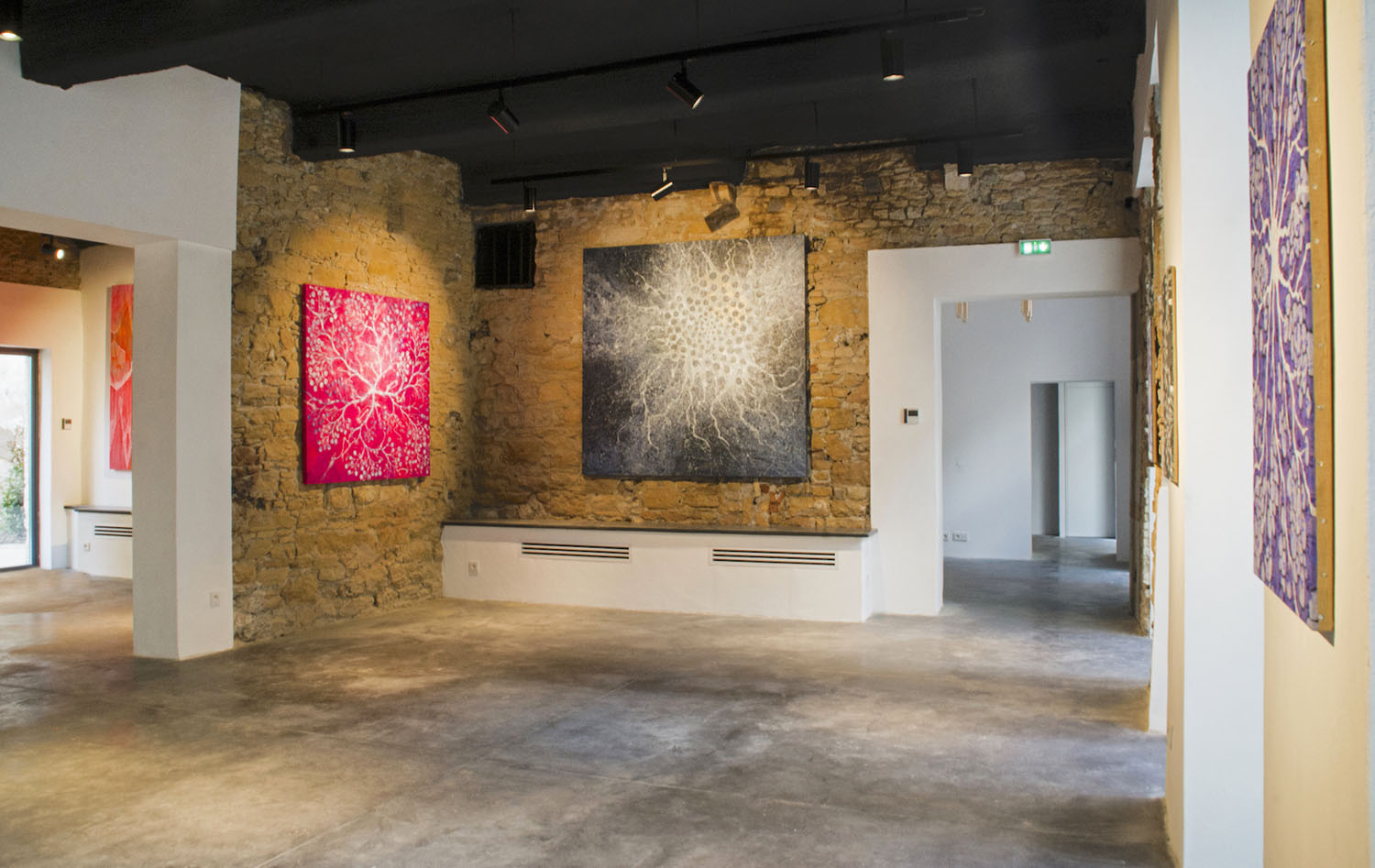 Present in great public and private collections, Leon Tutundjian’s artwork emerge as a major contribution to art history of the inter-war period. Founding member of Concrete Art (1930) and Abstraction Creation (1931) movements, he has actively participated to the geometrical abstract art development and was part of those rare artists open to the idea of synthesis between abstraction and surrealism, reason and emotion, geometric and organic shapes, which is giving life to fascinating biomorphic visions. 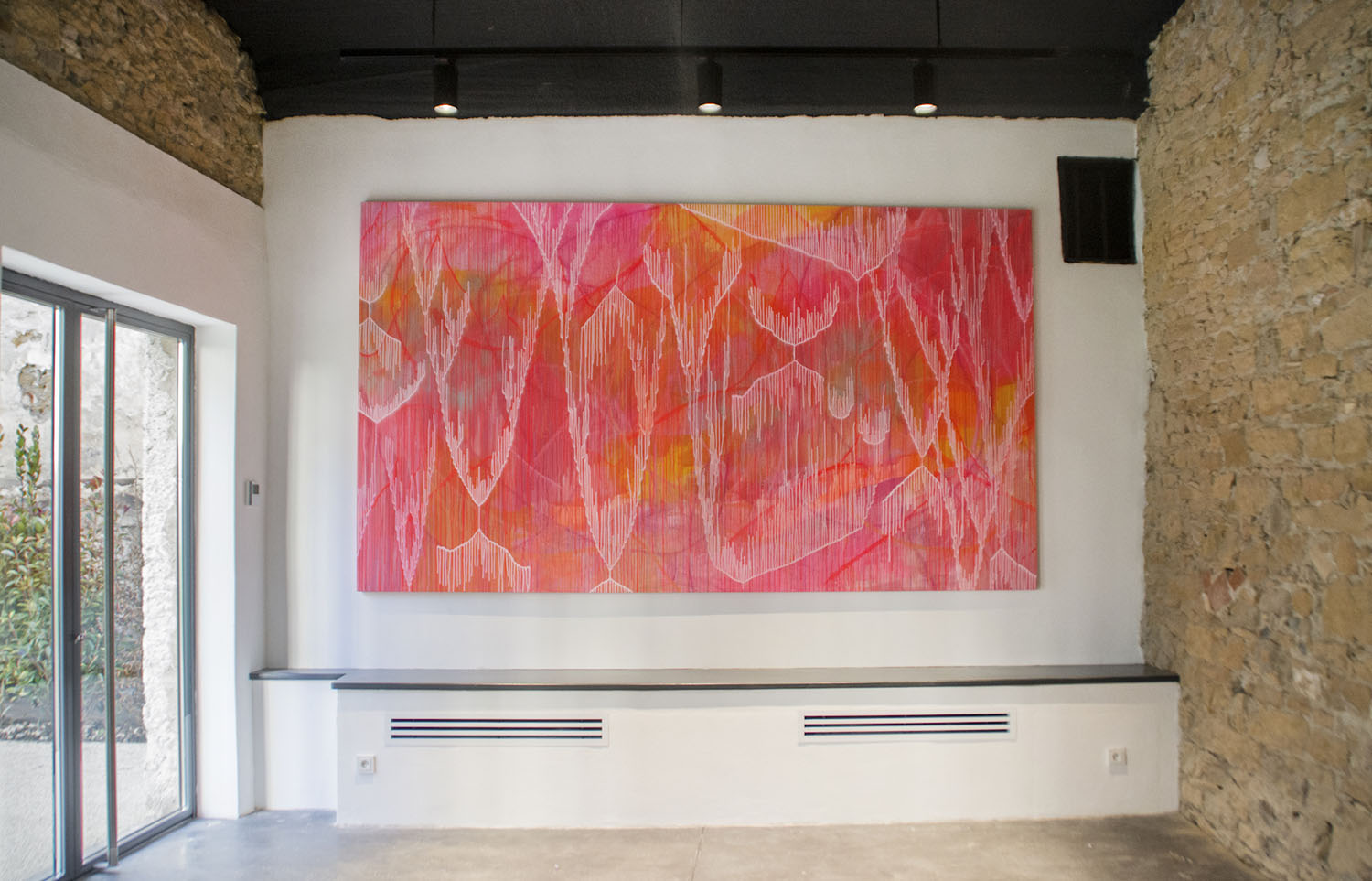 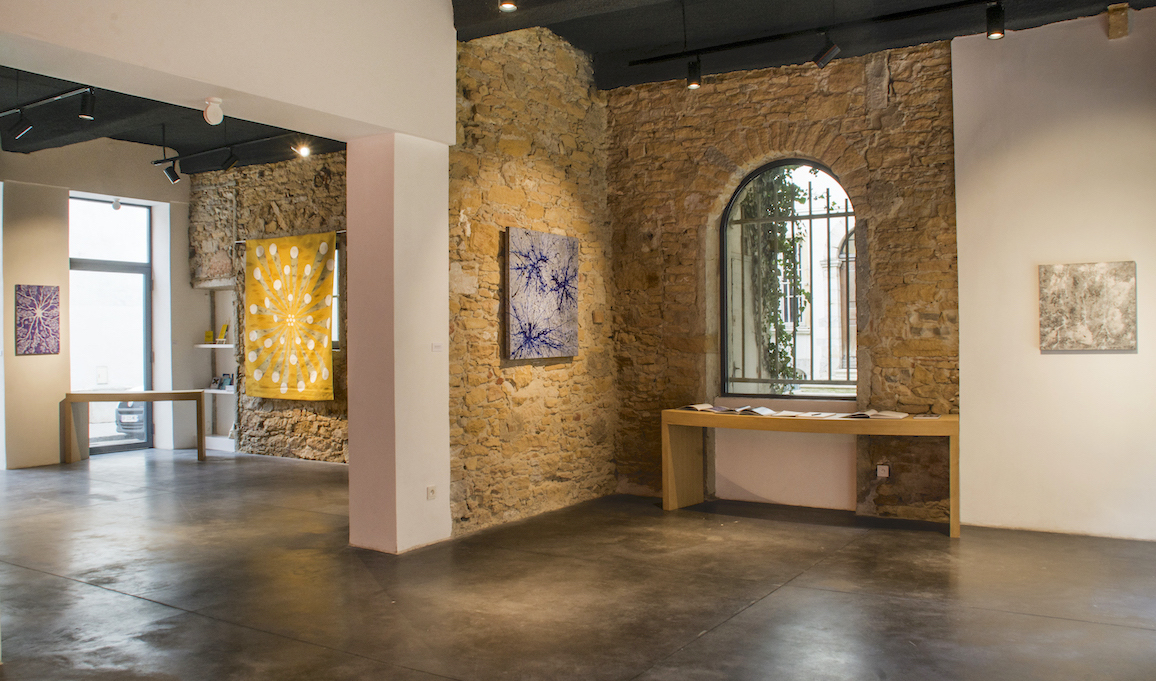 Like Léon Tutundjian’s works, Alberto di Fabio’s paintings come under abstract and gestural art and are full of scientific and concrete references, inspired by astronomy and biology or by macro and micro cosmos. 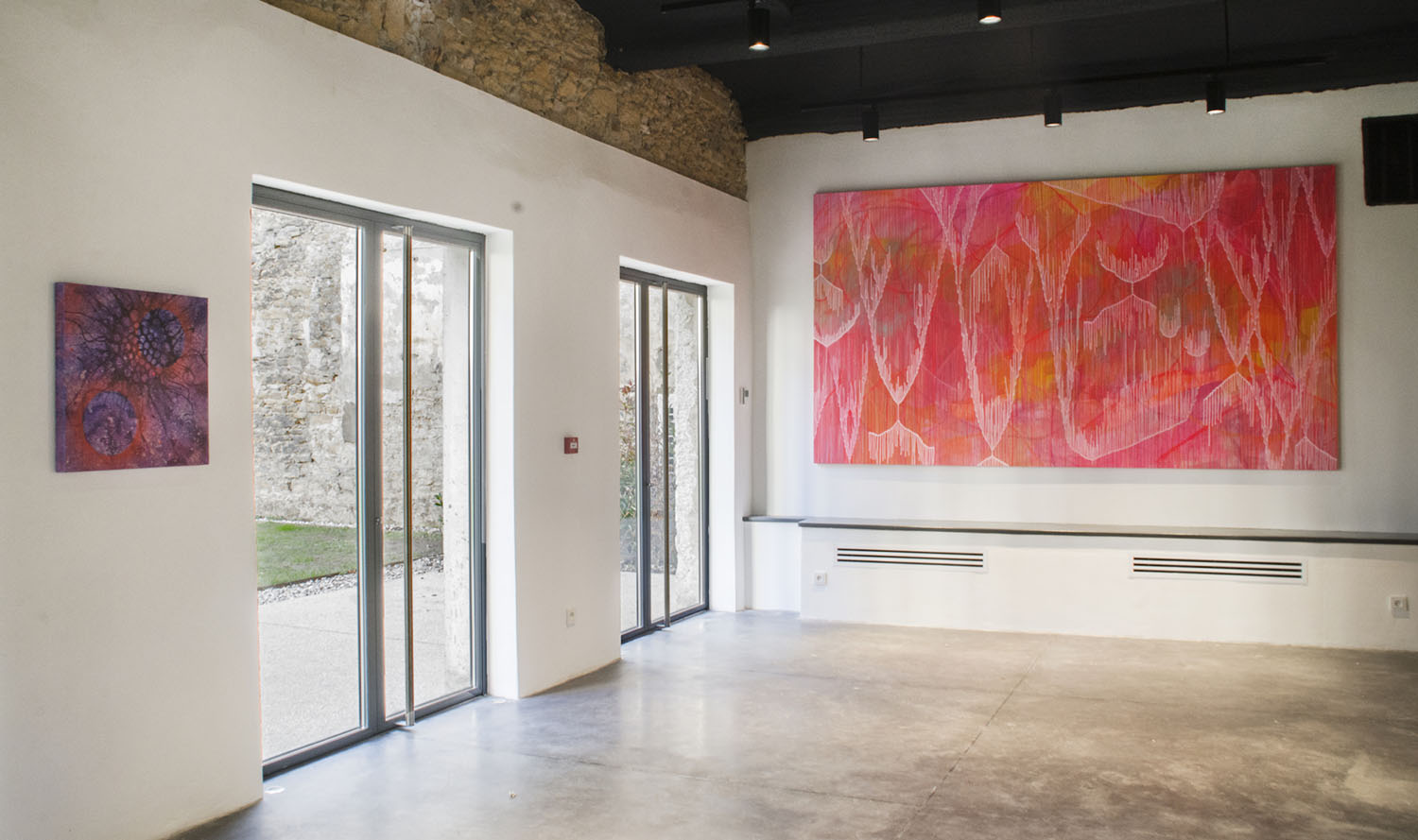 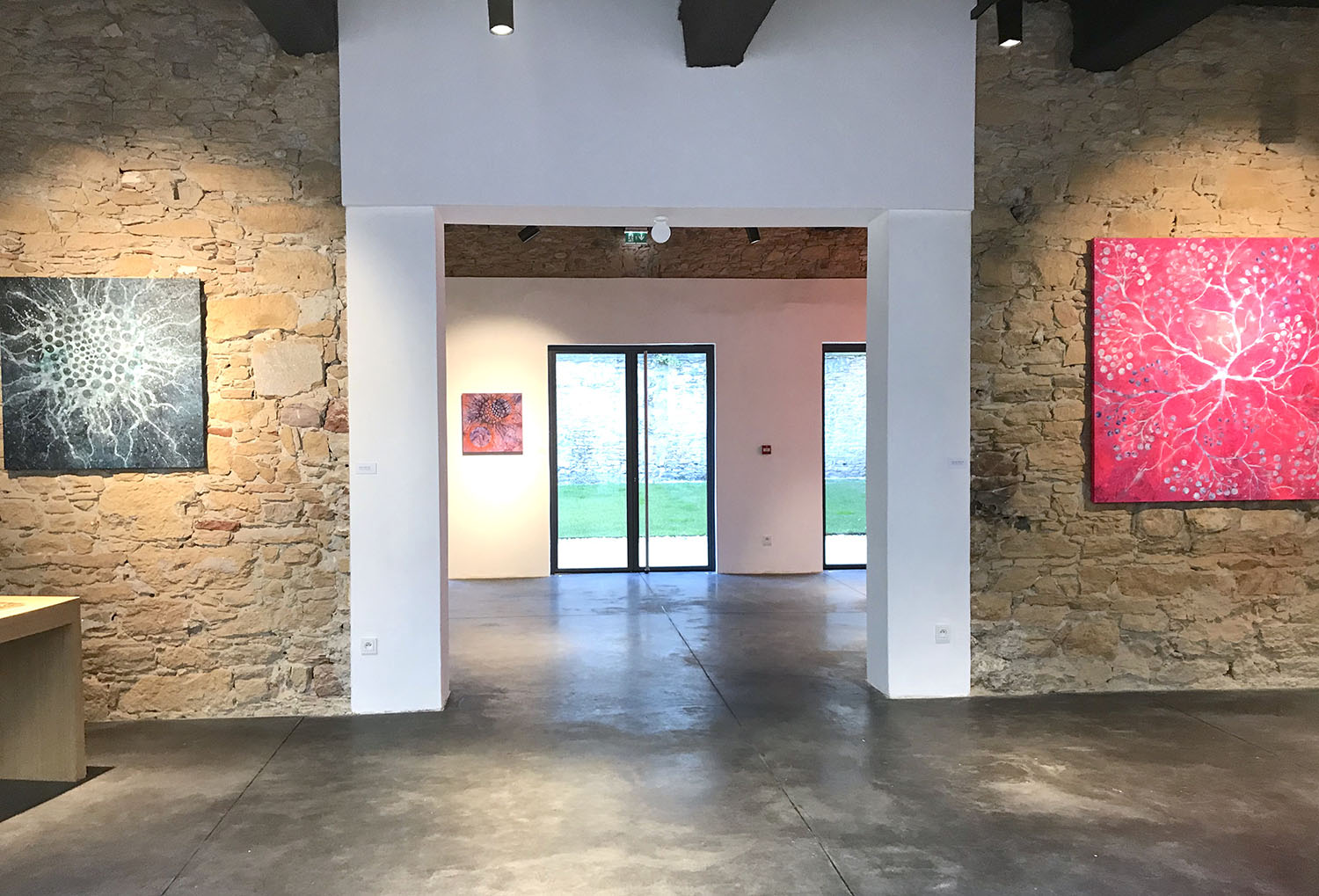 Since many years, Alberto di Fabio develops his own work in the constant searching for a cosmic breath, to let us see wonderful worlds where neurones and photons, stars and galaxies are mixing each other in vibrating, colourful and fluid combinations. At the meeting point of art and science, these two artists touch the enigmatic circle of life.

promoted by CRAMUM and GAGGENAU

Until the 1st of April

Gaggenau and Cramum are the promotors of the next soloshow of Alberto Di Fabio in Milan. The exhibition is entitled “Trascendenza” (transcendence) and it is curated by Sabino Maria Frassà, art director of CRAMUM. The soloshow will be open until the 1st of April at the Gaggenau Hub in Milan (Corso Magenta 2). The focus of the exhibition is the the bond between material and immateriality, that is one of the most crucial key code of Alberto Di Fabio’s artistic research. The artworks come from the private collection of the artist. 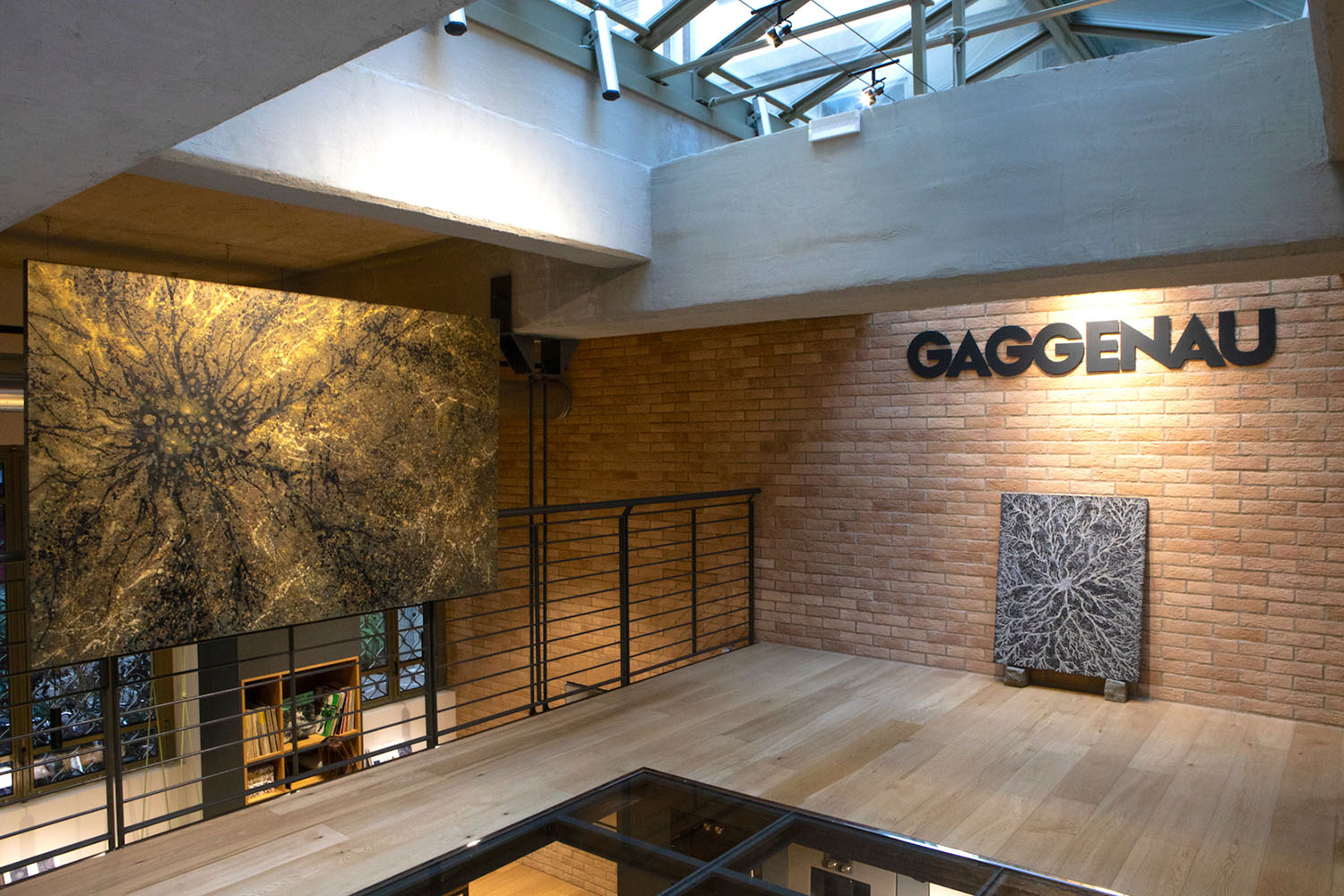 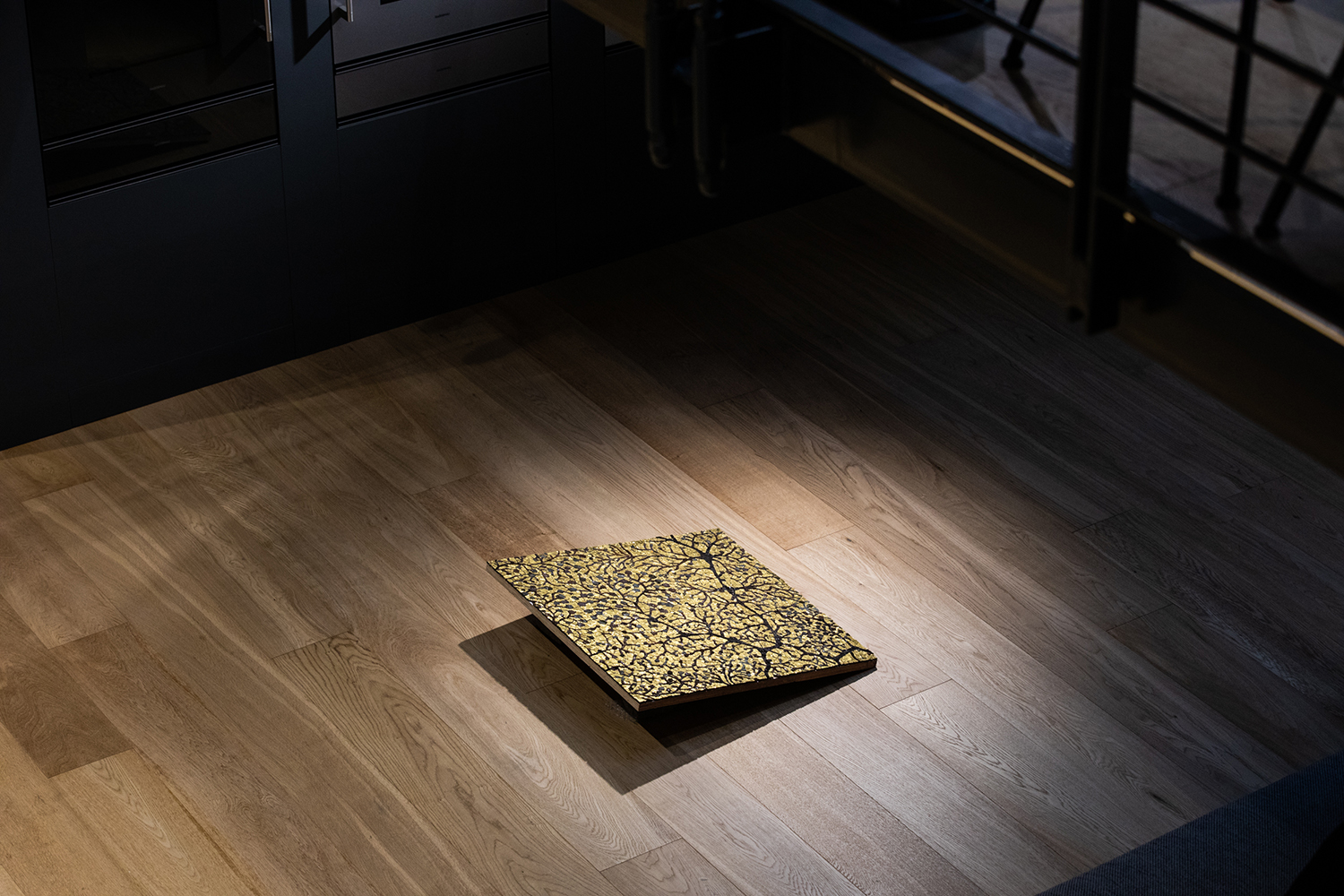 The curator introduces the exhibition with these words: “Alberto Di Fabio is the painter of the endless invisible. He is that kind of artist that is not satisfied by painting the sky as everyone look at it. He looks up and his mind goes beyond, looking for infinity. But for Alberto Di Fabio infinity is both inside and outside human being. Thus you can never understand if his paintings represent the astral infinity or the inner one[…] In golden and gold artworks selected for the solo show “Trascendenza” the artist represents the search for the light, fo the purity of the soul, that allows us to be detached from and transcend the materiality. This is the reason why Alberto Di Fabio calls these artworks: “Brain Stone”, “Body of Light”, “Astral Body”, “Vehicles of conscience”, “Magnetic Individual”. These titles help us to better understand the meaning of his artistic research: art can help people to get to a world of beauty, mathematical energy and spirituality. In front of these works the spectator succeeds in experimenting a sort of visual trance, to transcend the reality and to undertake a dreamlike trip toward distant parallel worlds far in the space and in the time.” 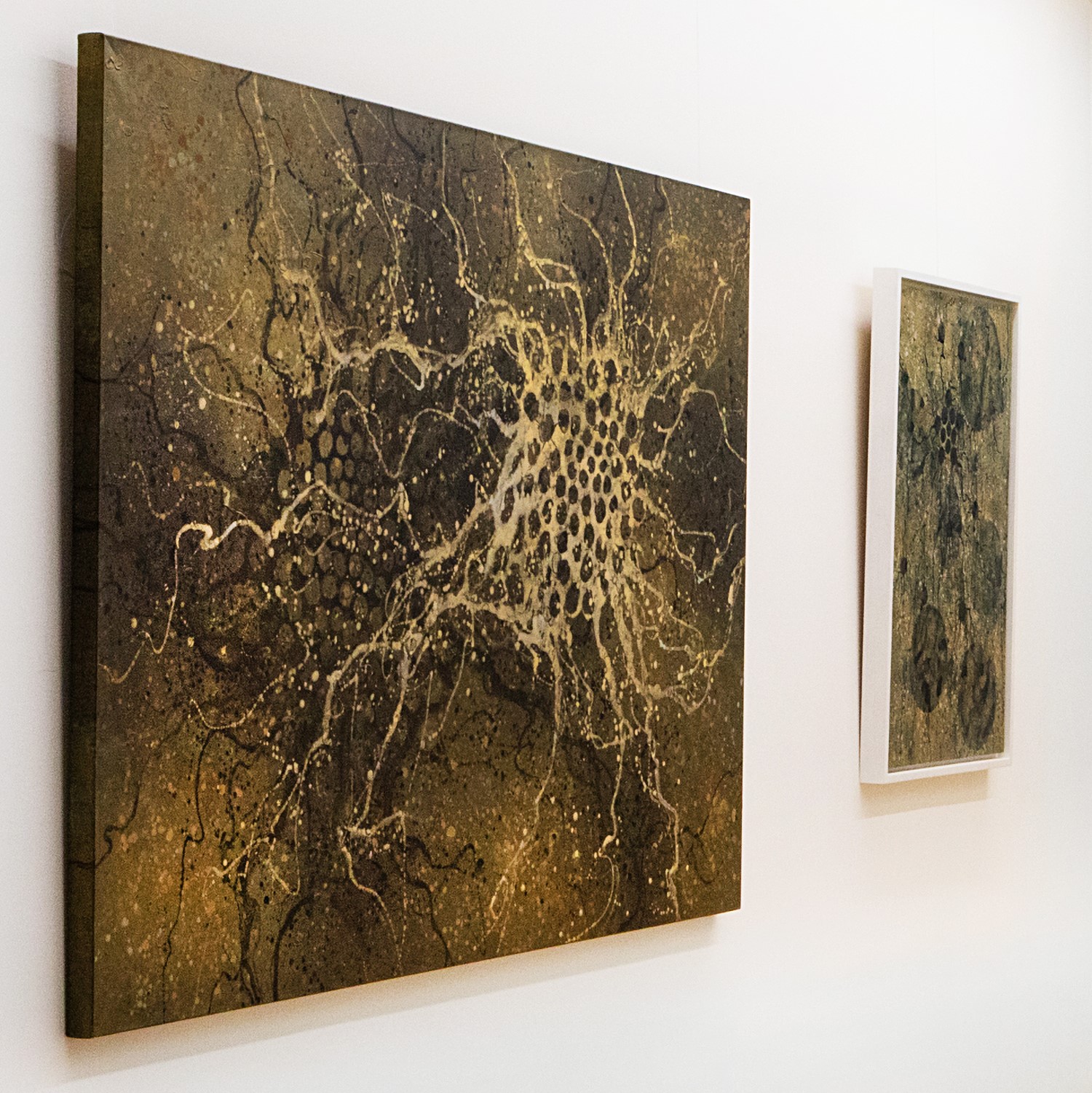 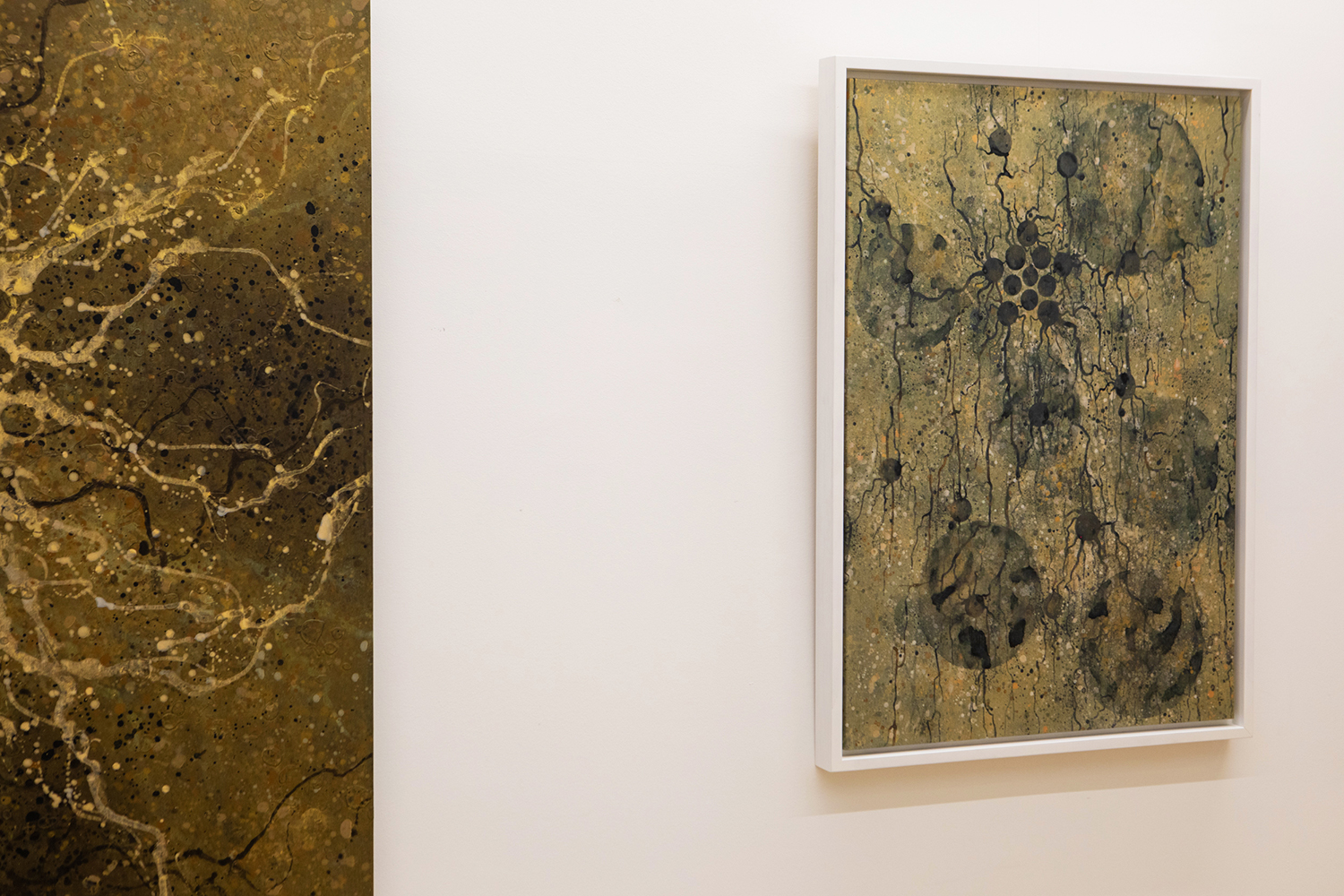