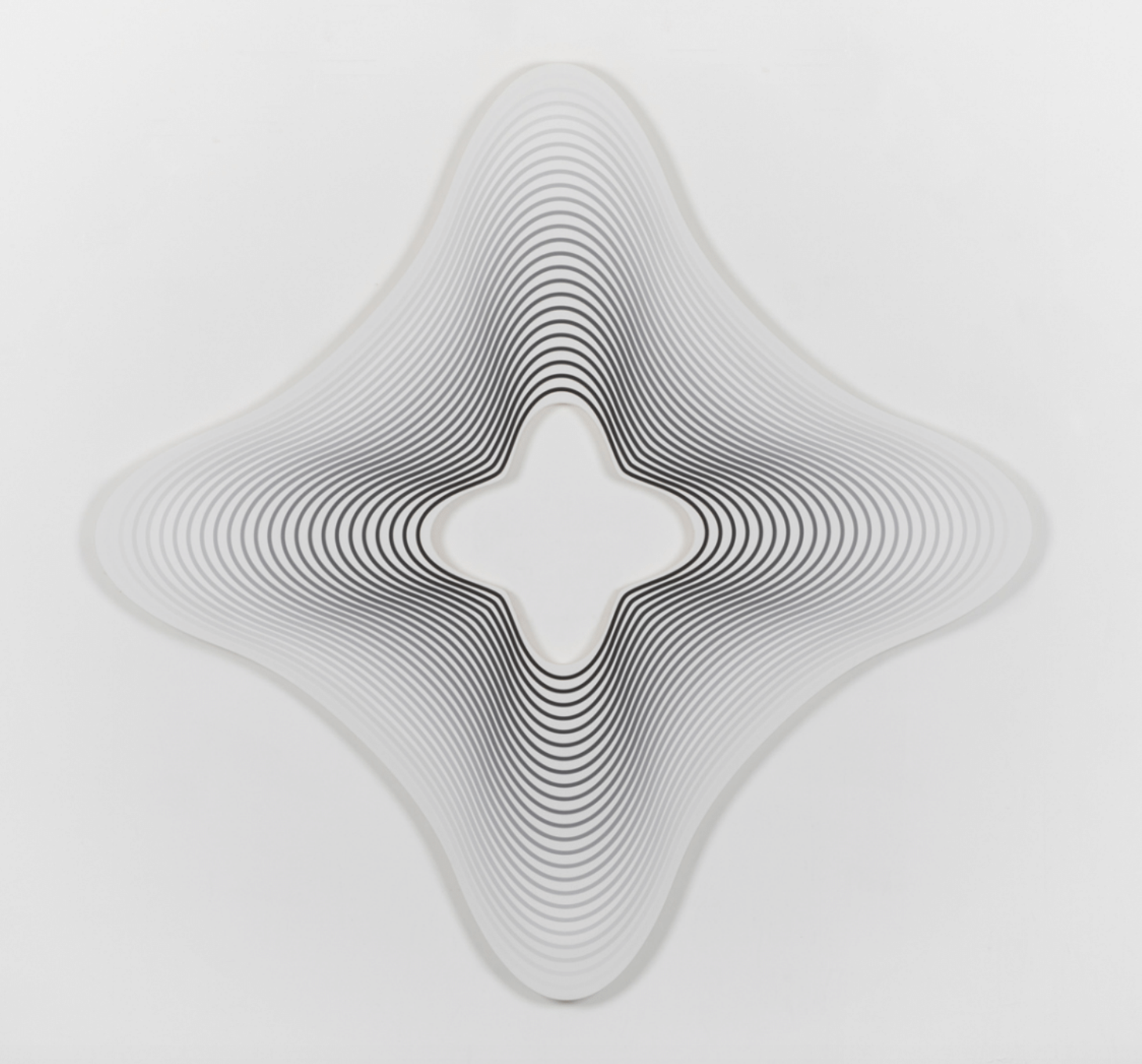 In one of the gallery’s spaces, Decrauzat presents Anisotropy Double Exposure (2014), a digitally transferred black and white 16mm film. The film takes one of Decrauzat’s objects as it’s subject, a metal sculpture that is based off of a structure used to study the movement of waves in a liquid medium. Filmed at varying speeds and camera angles while the sculpture is rotating on an axis, the resulting undulating shots and closeups are overlapped, creating a sort of visual moire where the highlights and shadows of the voids of the sculpture begin to interfere with one another. The film evokes the movement and light effects of a précinéma object like the Zoetrope or stroboscopic flicker of the Dreamachine by Brion Gysin and Ian Sommerville. 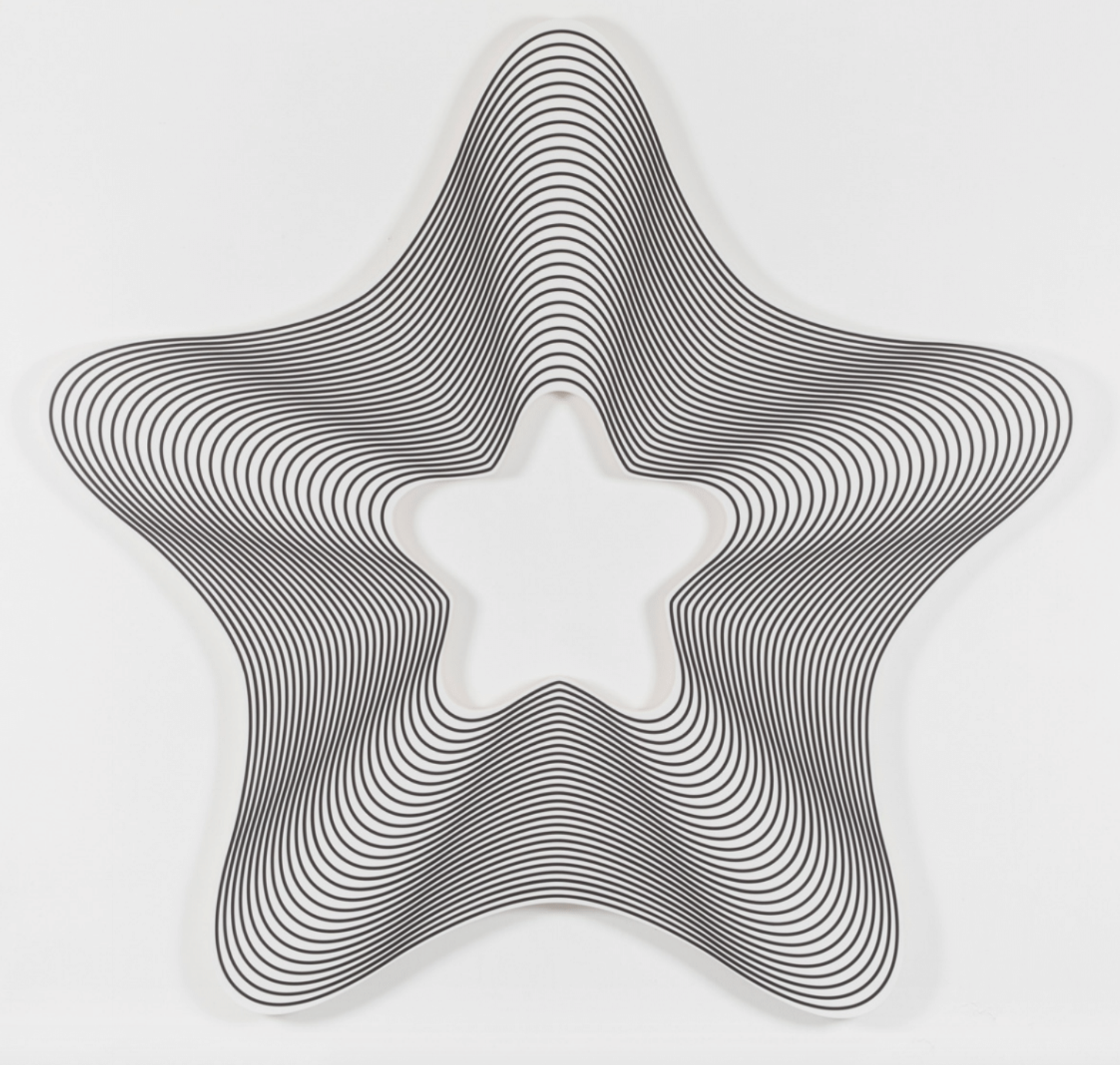 This film sets the tone for Decrauzat’s exhibition, where a series of paintings and sculptures are juxtaposed across both rooms of the gallery. At first glance, both rooms appear to mirror each other with identical works positioned in facsimile, but as the viewer narrows their focus it becomes apparent that the individual works are in fact different steps and gradations of a pattern or shape. With his shaped canvases, Decrauzat plays with the spectators gaze— the central viewpoint of the works being a shaped void that radiates it’s shape outward. In two works titled No Pussyfooting (delay), Decrauzat changes the movement of color gradation from inwards to outwards and vice versa, while his Delay (penta) works are mirrored and flipped versions of the same pentagon shape. 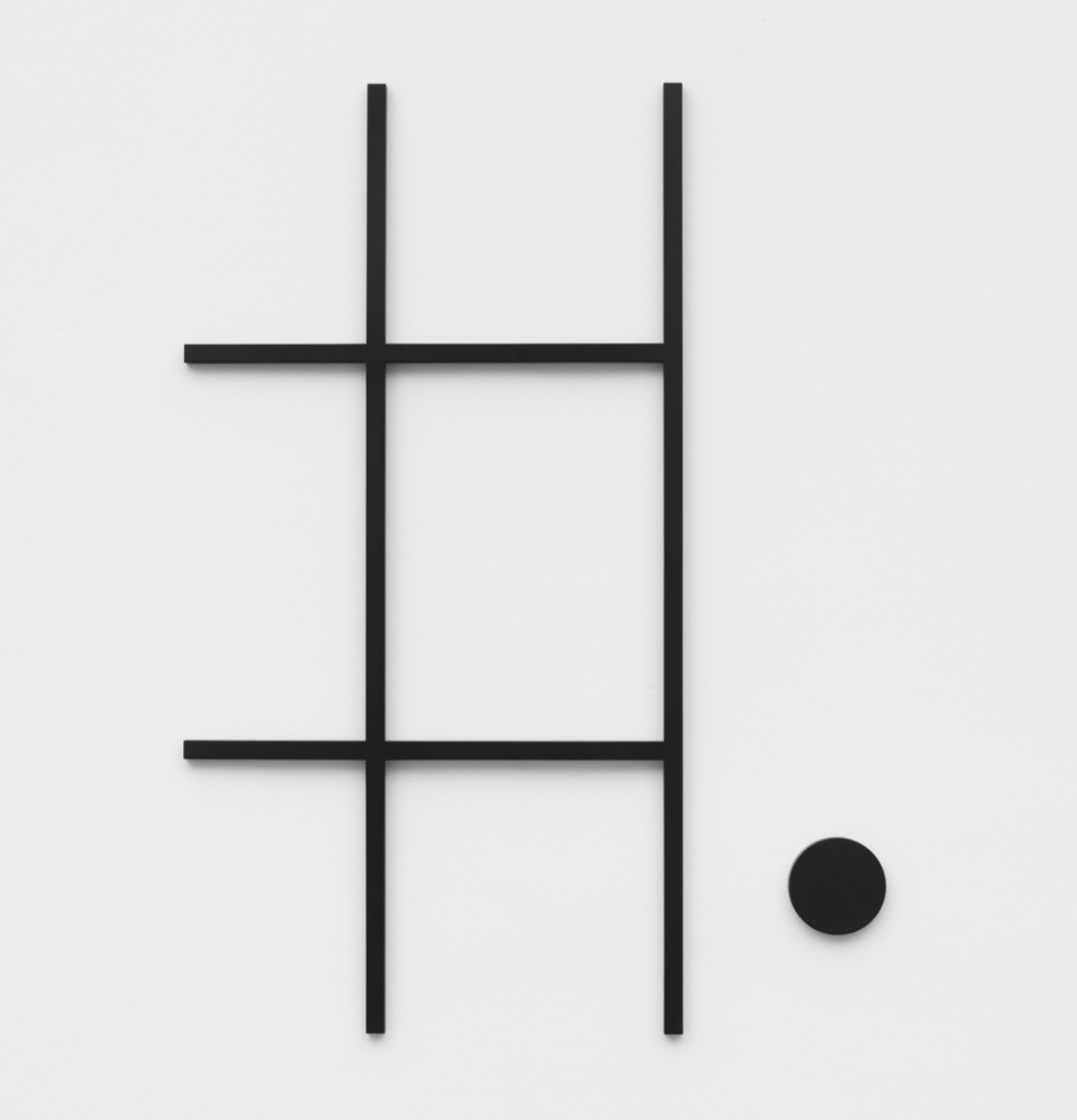 Philippe Decrauzat Fragment after a sketch, 2018

A new series of sculptures titled Fragment after a sketch, are made after visual elements found in Laszlo Moholy-Nagy’s Dynamic of the Metropolis. Moholy-Nagy used block elements as anchors throughout the book, creating voids and line elements for typography and images to be set harmonically on the page. Extracted as purely abstract shapes with the content left behind, they take on the appearance of a machine learning tool. Each sculpture is visually related to each other, with different steps and placement of the elements.