Aesthetic research related to technological mediums such as cinema, photography and video has been spreading for decades, since the middle of the 20th century, and it is still continuing thanks to experiments with interactive media and the Internet. In addition, it has been 40 years since we widely realized the potential of video and its relation to sounds, images, space, screens and museums. And since sixties, the relationship between the artwork and the viewer has become more and more crucial. 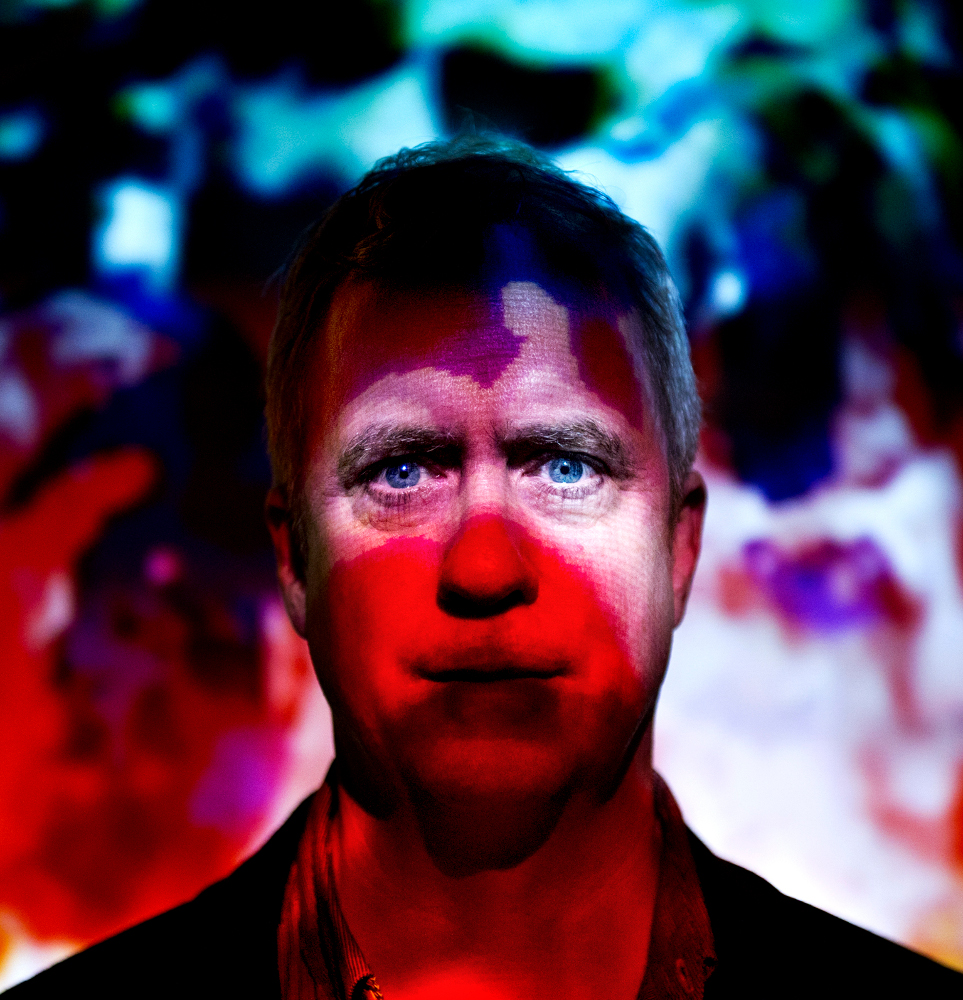 The American artist Tony Oursler belongs to the third generation of artists working with the video media and his approach is as much a performance of installation as sculpture, drawing or video itself. Thanks to his talent as a visual artist, he constructs in the economic and political context a place for a humanized video image with his manipulations associating video with other objects that he has often built himself or that he finds and integrates into the surrounding space with originality, in an intimate and judicious way. 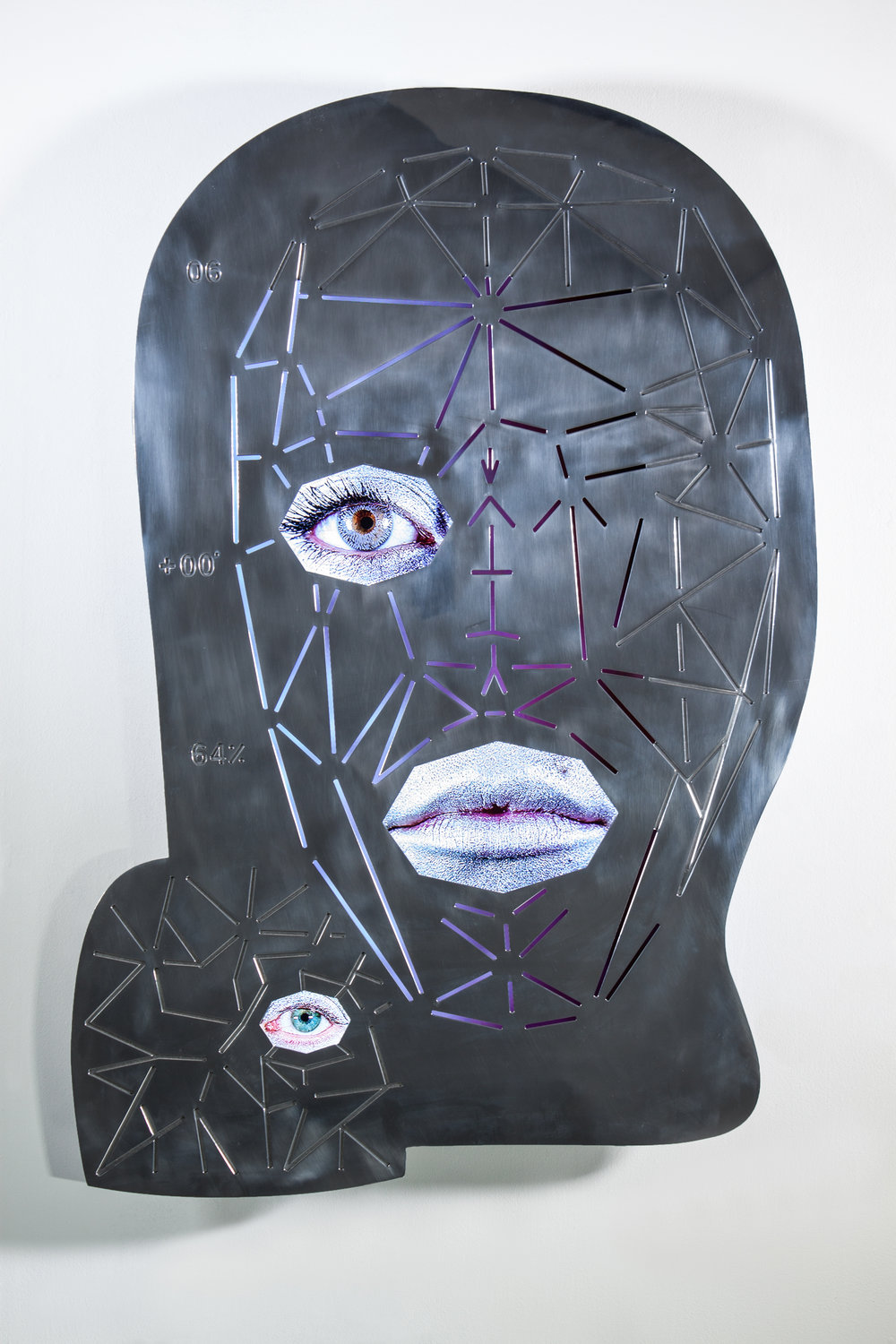 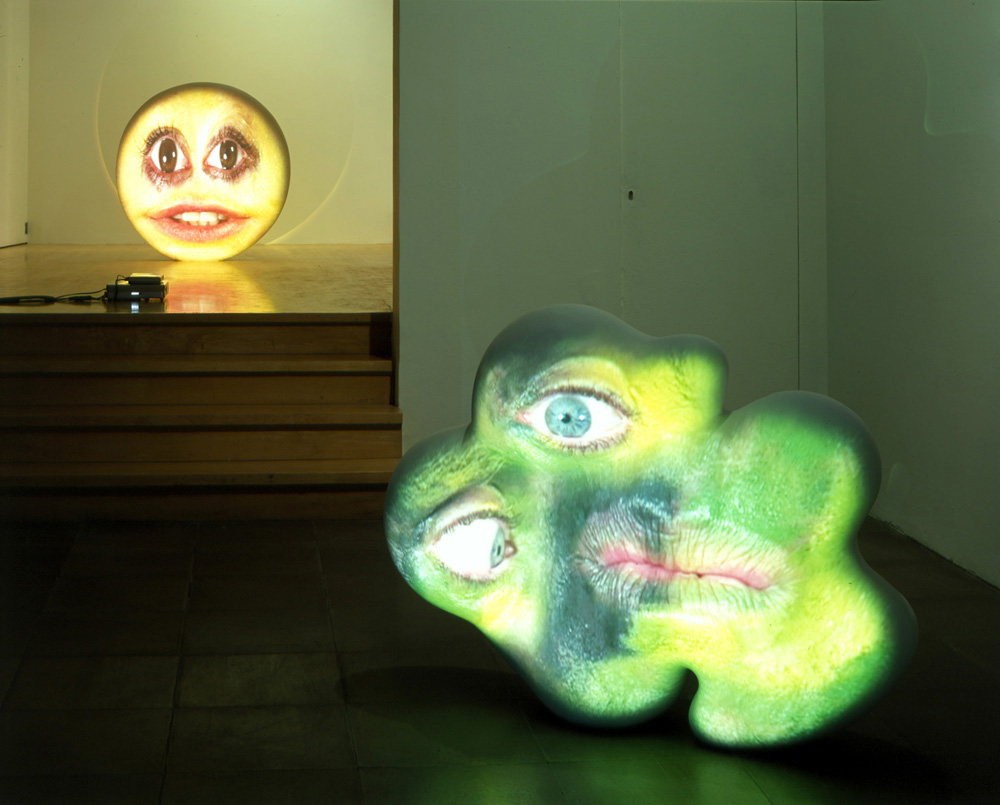 Drawings, paintings, films, installations, video-sculptures, musical and sound creations nourish a purpose at the service of the theme of humanity. In his works, we are lost between the real and the imaginary, the wonder and the fear.  It is a whole microcosm that Oursler generates, with its splendors and its monstrosities. We wander in a place where astonishing, caustic or disturbing works interfere with us. It is difficult to penetrate his universe and not be affected as the relation between the fictitious and the reality is striking. The interaction with the spectator is such that it is an integral part of the artworks. It is also surprising to see that we can alter the pieces with our presence by stepping in front of the projector while we wander around. However, in this unusual tête-à-tête, the works remain hermetic, thus giving the visitor the feeling of being impotent or of attending a play. 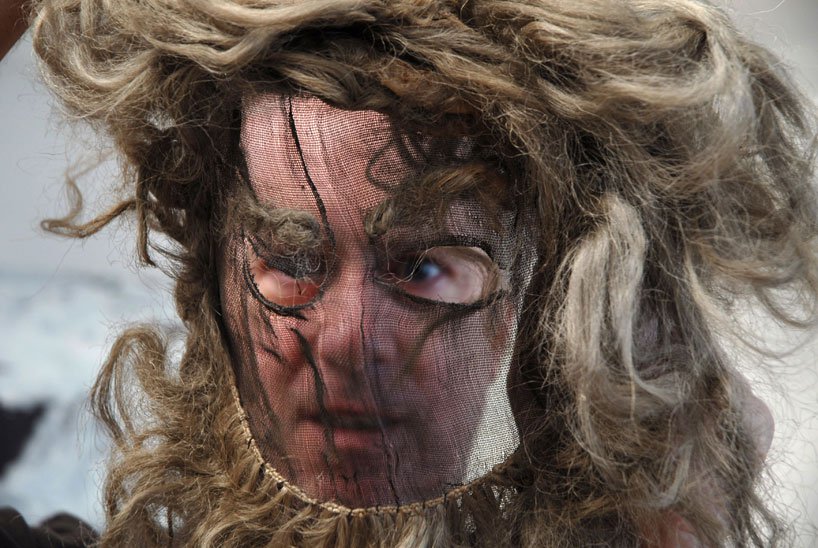 The spectator is perplexed by these anamorphic entities, these modern chimeras where he can see globular eyes, a distorted mouth, a screaming face on a piece of crumpled fabric. It is difficult at first glance to grasp coherence and yet the work of Oursler engages a reflection and carries a universal message. The body is mistreated, compressed, reduced, fragmented and disintegrates to take the form of a new effigy of the artist. Each has its own story, but all are similar in the way that what they express belongs to the palette of human feelings. The heads, the eyes, the organs, the ghostly creatures embody the combination of ordinary media and contemporary culture, even with their sound which is badly discerned by the ear. 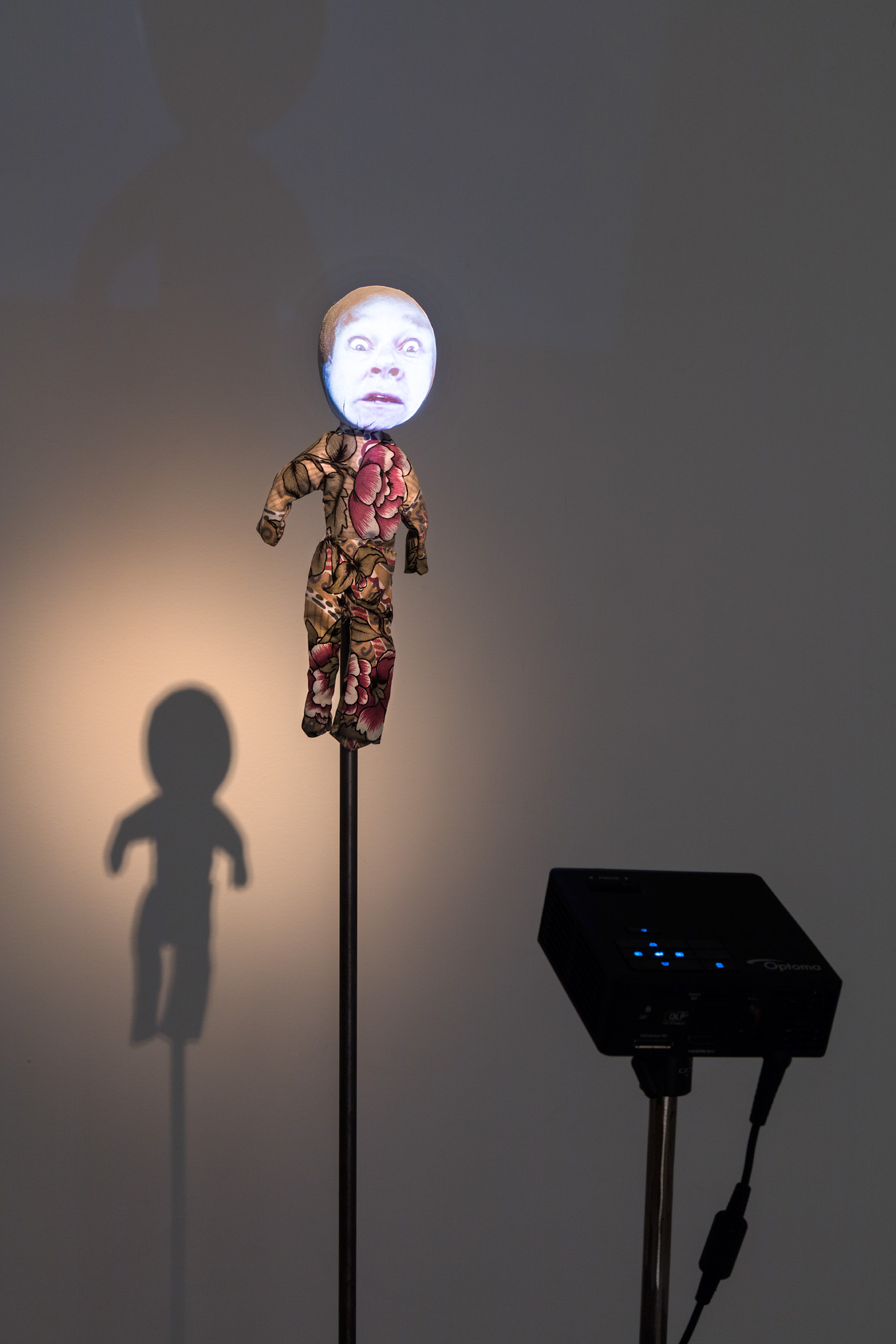 Oursler’s “Dummies” are dolls or mannequins with compressed bodies, they’re damaged, evanescent and often feature a massive head made of cotton that accommodates vibrant projections of pre-recorded faces. The eye is an omnipresent organ and embodies the projected look on the world. The artist creates his devices with spherical and penetrating eyes that like cyclops invade the space with their disturbing eyelashes that animate them, making them alive as their pupils roll. Some of the huge eyeballs are absorbed within the contemplation of the video that scrolls through them. But Oursler does not rely on the eye alone but he distorts whole faces creating monstrous creatures that strike you with the frankness of their smile, the articulation of their huge lips, the rhythm of their bulging orbits. 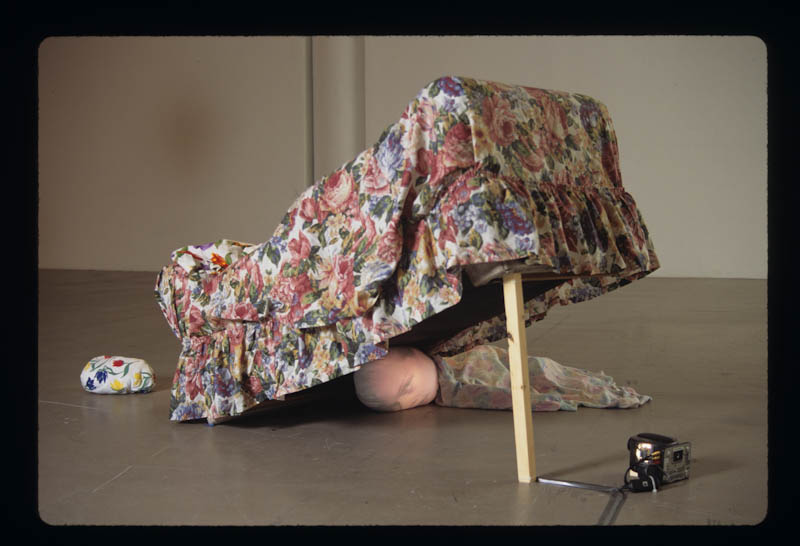 The art of Oursler is also targeted towards museums and public spaces which invite him and welcome his work, interested in its presentation and the reception of his projections in the space they offer. He has set up his devices in public places such as the Soho Square in London or Madison Square Park in New York. His works have also been used to feature important modern architectures like the Central Library designed by Rem Koolhaas in Seattle or the Museu Blau by Herzog & de Meuron in Barcelona. It’s amazing to see the relationship  between the small “Dummies” and their gigantic projections onto these buildings. 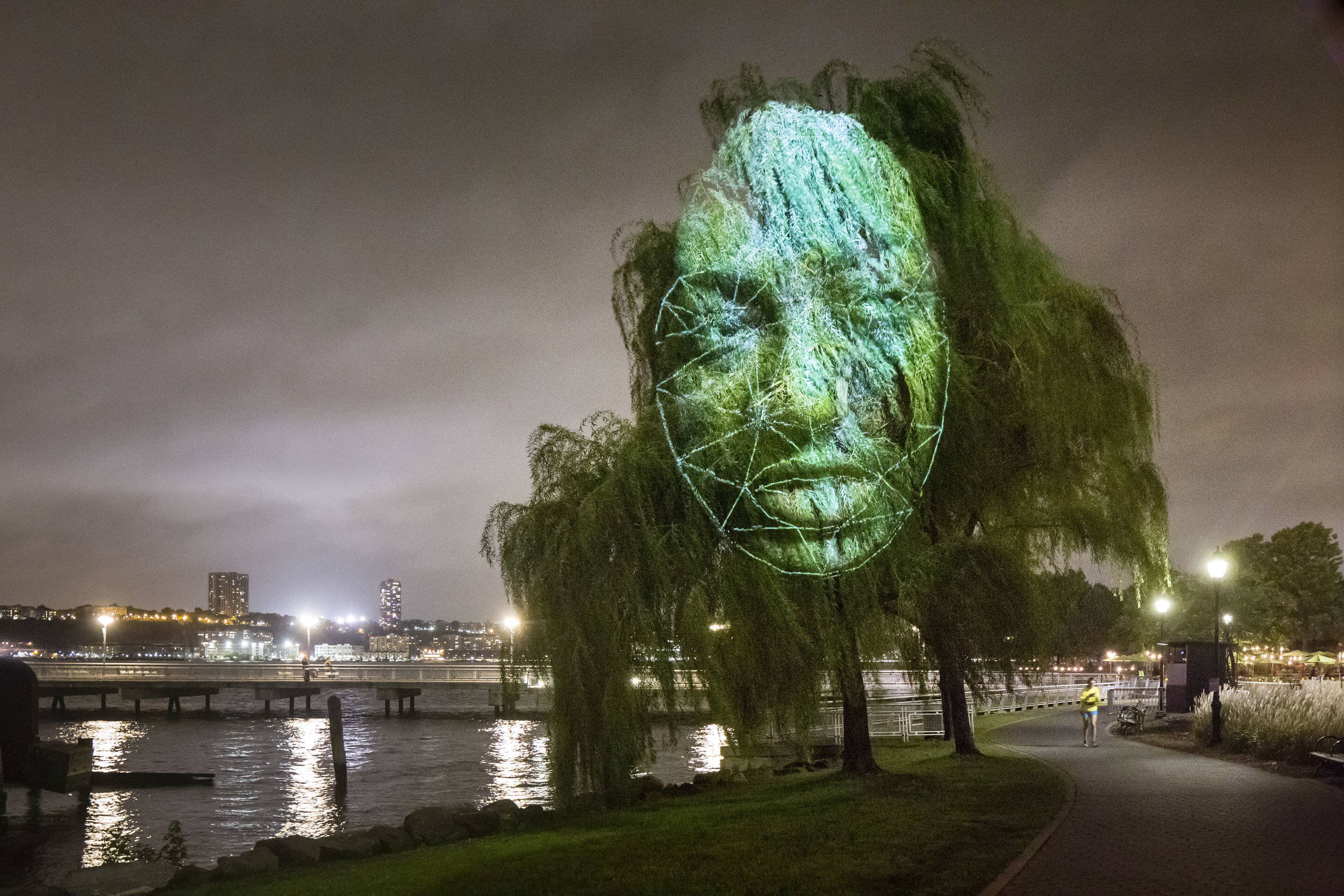 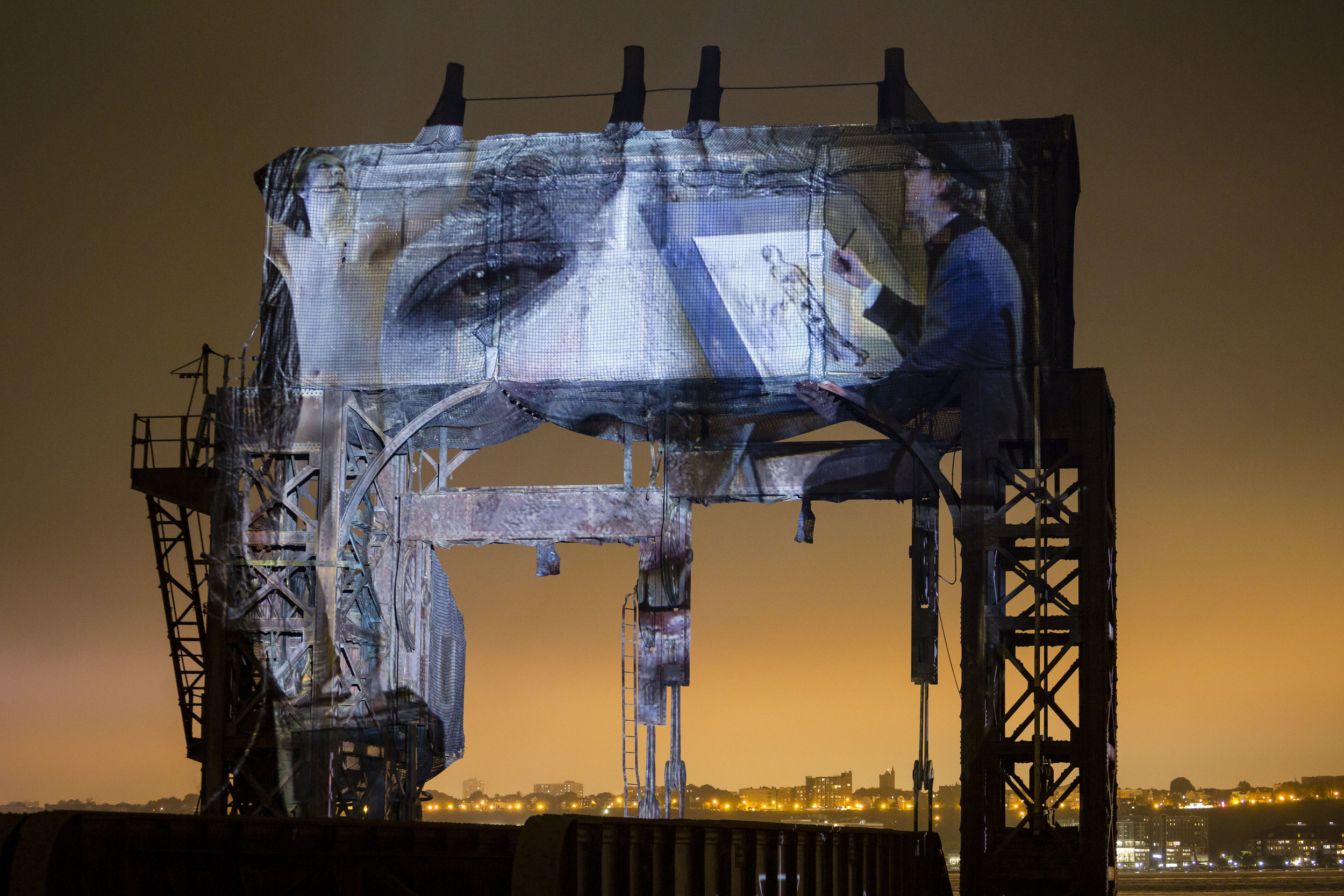 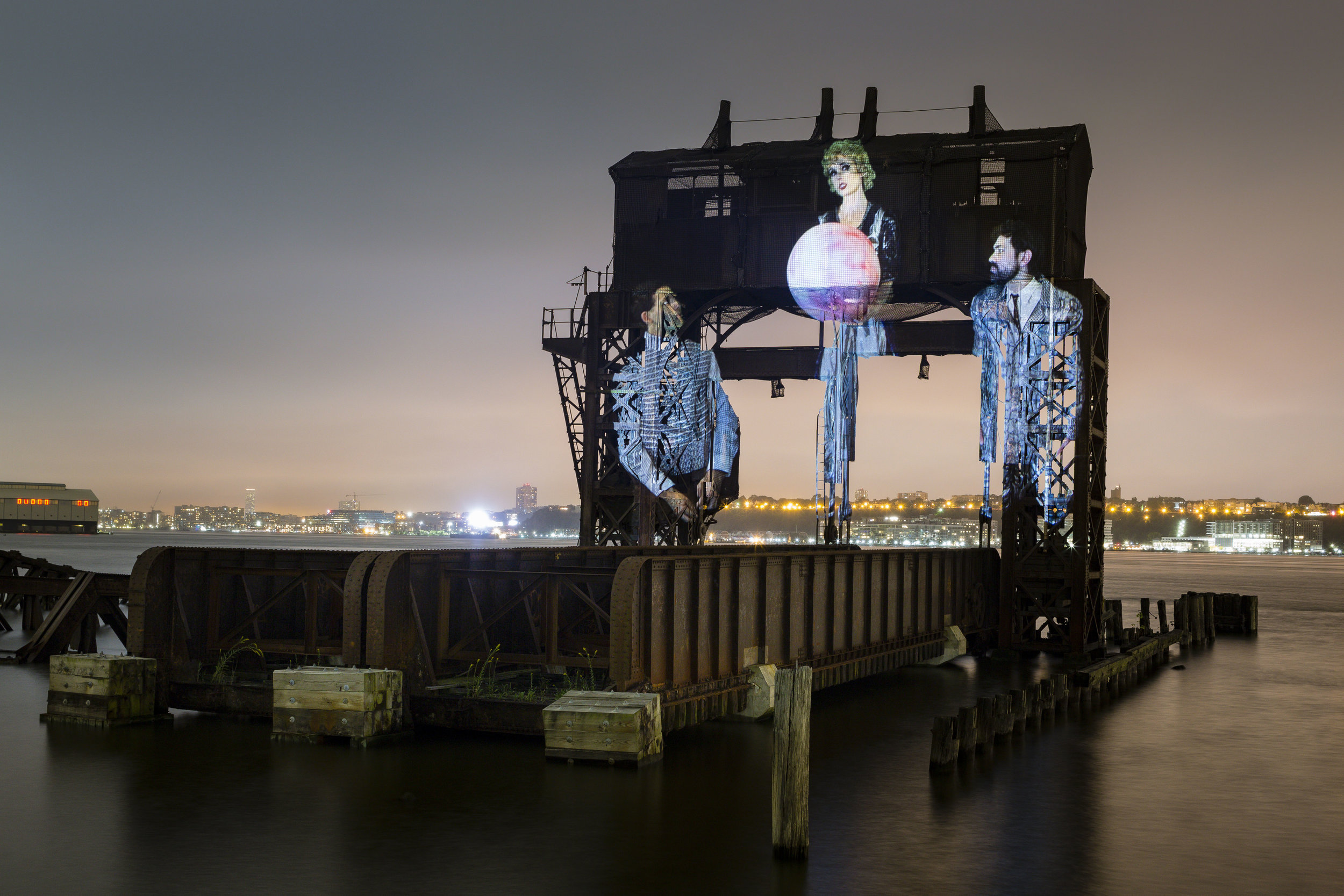 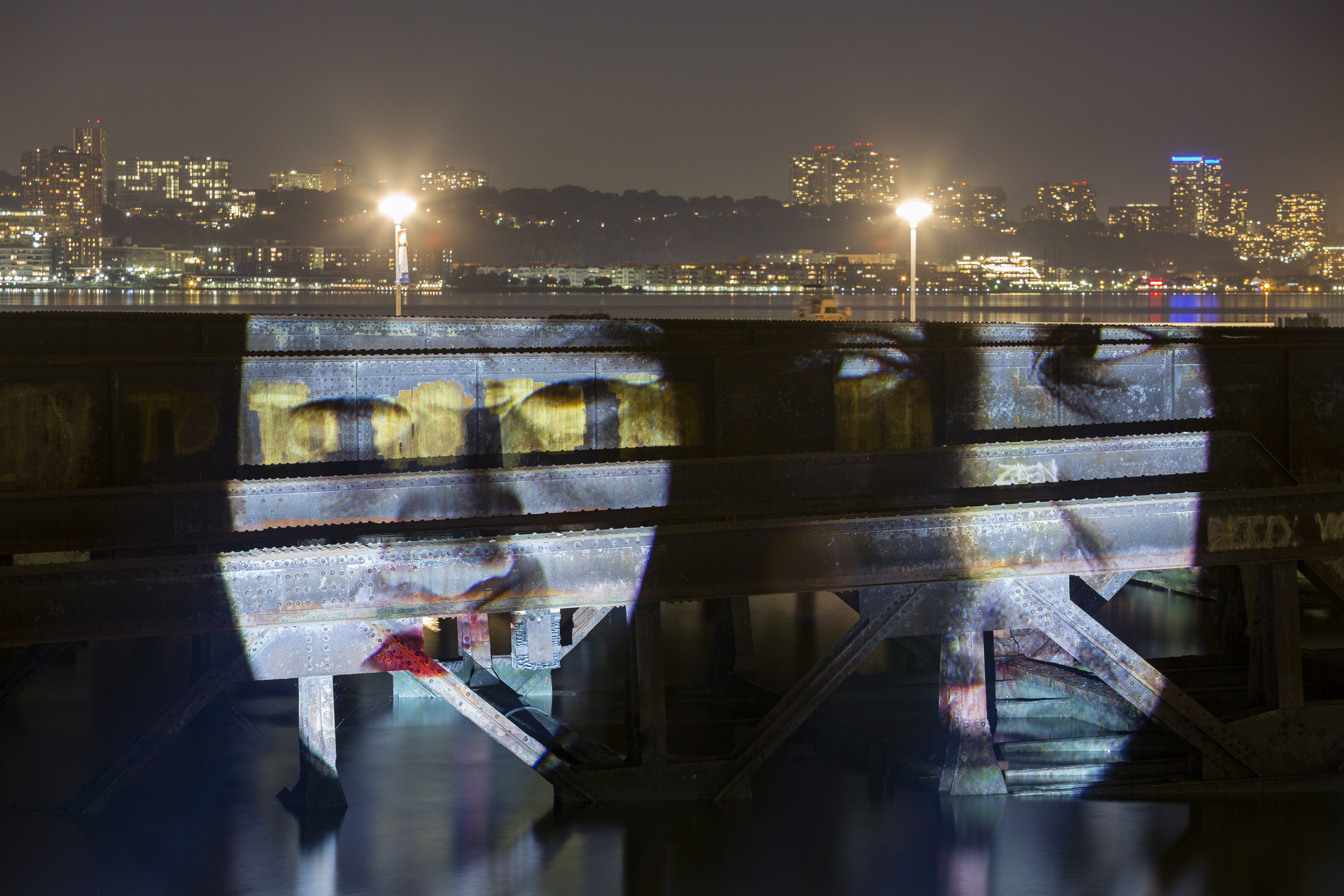 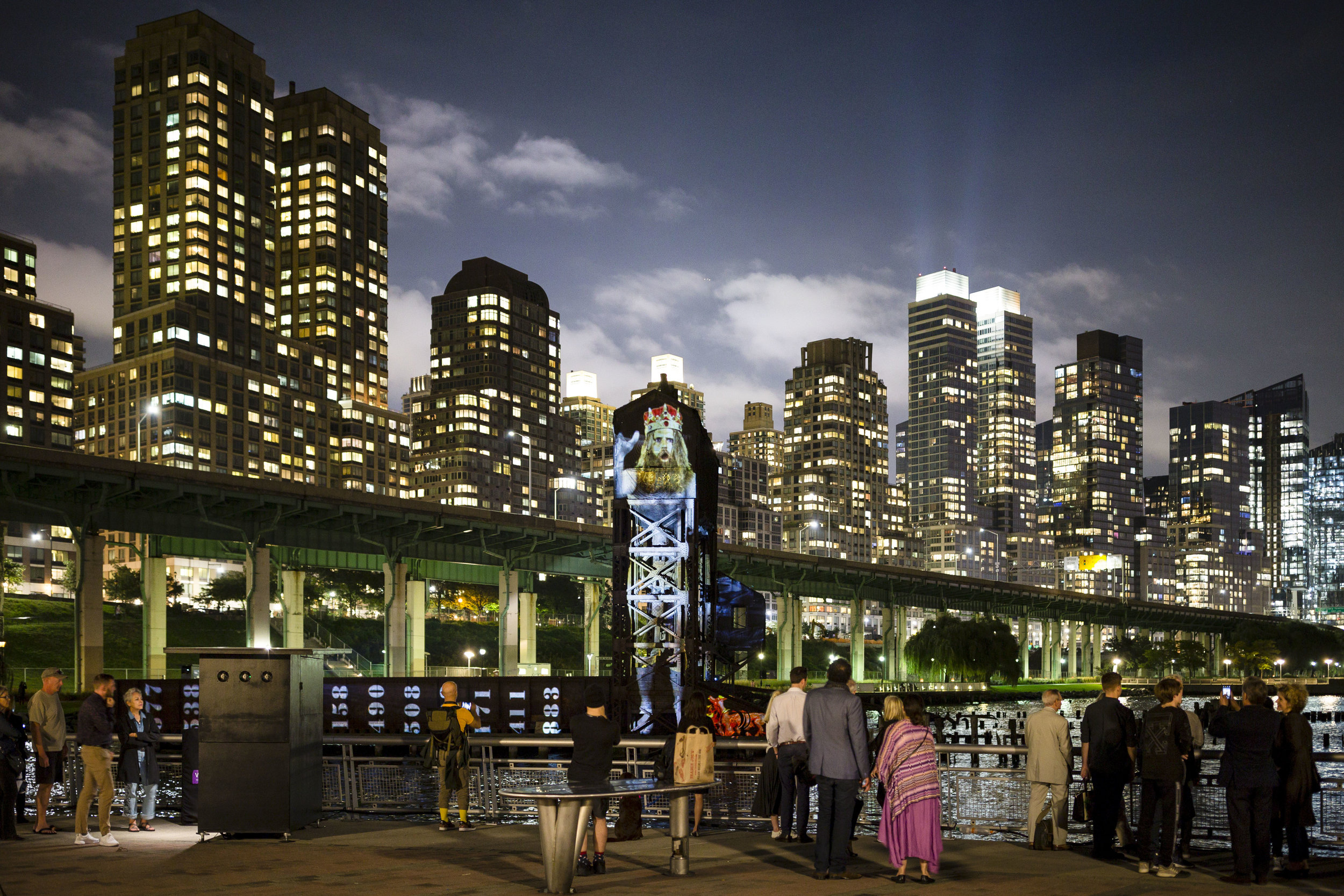 The artist also shows a peculiar taste for kitsch while working with one of his favorite objects, the skull, which he uses in many variants: decorated, painted, translucent and illuminated from the inside or with projections. His installations are also enhanced compositions with objects, amulets, small statues which he enriches with forms and bright colors, series of words in black and white or short films. 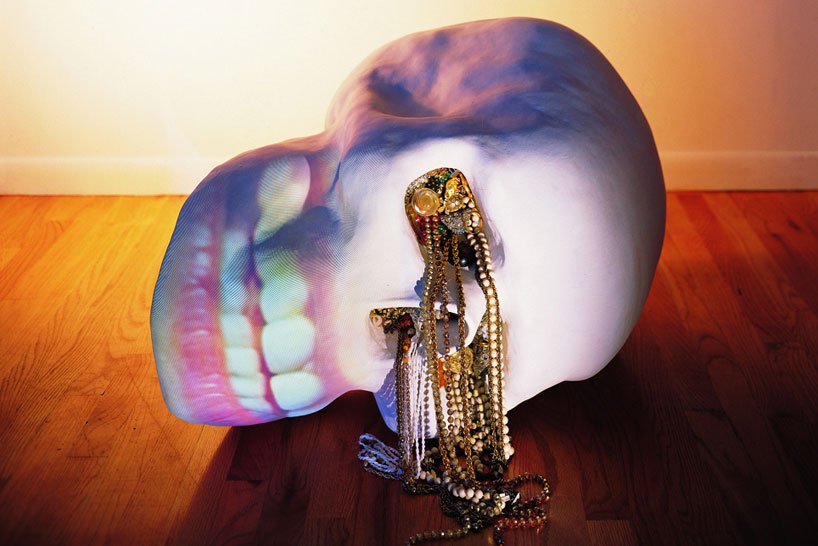 In the end, it is in the United States, at a time when, in his opinion, overabundant information is invading a society with important social problems, that Oursler evolves and creates his enigmatic works, oriented towards questioning humanity, something that to him seems to be fundamental. His interests are diverse and elevate his production including human sciences, literature, arts, cinema, scientific research. In addition, the collaboration with artists such as Kim Gordon or Dan Graham, as well as the teaching at the California Institute for the Arts have probably inspired him to associate multiple areas and investigate multiple levels of thoughts. 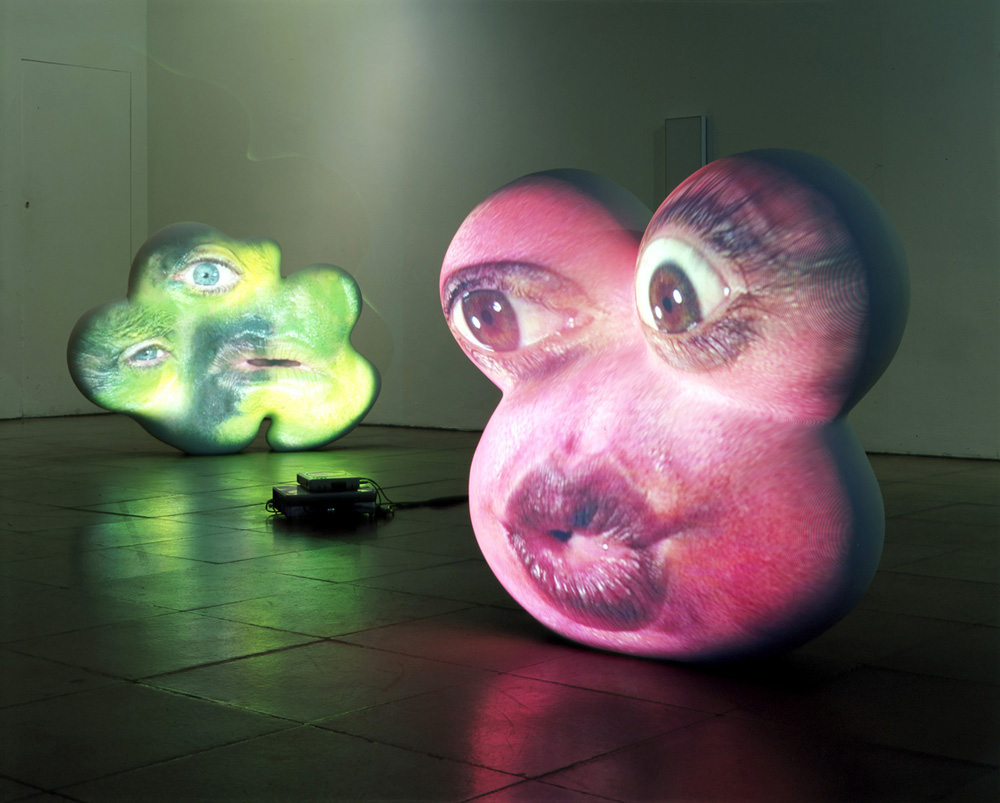 His approach is unique. He breaks the boundaries between elitism and mass culture. His questions are not limited to his artistic research, Oursler strives to reflect in his work a current world view, a simulation of life, while innovating through the exploitation of new technologies. Arranging the images with great skill he manages to release them from screen where they belong and projects them into the space and on various surfaces he places in diversified environments, in interiors or exteriors. He persists in the exploitation of the human body grappling with his demons which are money, culture, religion, sexuality, family, media and more. Bodies become deformed and bruised, having perhaps misplaced the meaning of their existence. Man is reduced to a puppet on a stage, a metamorphosed face, installed in heterogeneous surroundings with musical backgrounds or sometimes simply disturbing noises conceived by the artist. As said by art critic Paul Ardenne, the spirit of Oursler’s art would be “the aestheticization of the collapse of culture”.