The illicit mergers of Wim Delvoye

The illicit mergers of Wim Delvoye

Belgian artist Wim Delvoye has produced an artistic oeuvre of extreme opposites. The provocative and oxymoronic character of his works seem more relevant than ever in a time where our political landscape is characterized by megalomania, polarisation and divisive forms of identity politics. The grotesque and tongue in cheek character of Delvoye’s works do not only reflect the above signs of our times but additionally explores the possibility of an illicit merger. His illicit mergers tend to provoke dialogue and seduce us into thinking that a coexistence of two incompatible elements could be virtually possible, and perhaps even necessary or vital. Initiating and maintaining a meaningful exchange with the opposing party or ideology is one of our biggest challenges today. Wim Delvoye is an artist that demonstrates that such an exchange can be sublime, thought provoking and above all humorous. 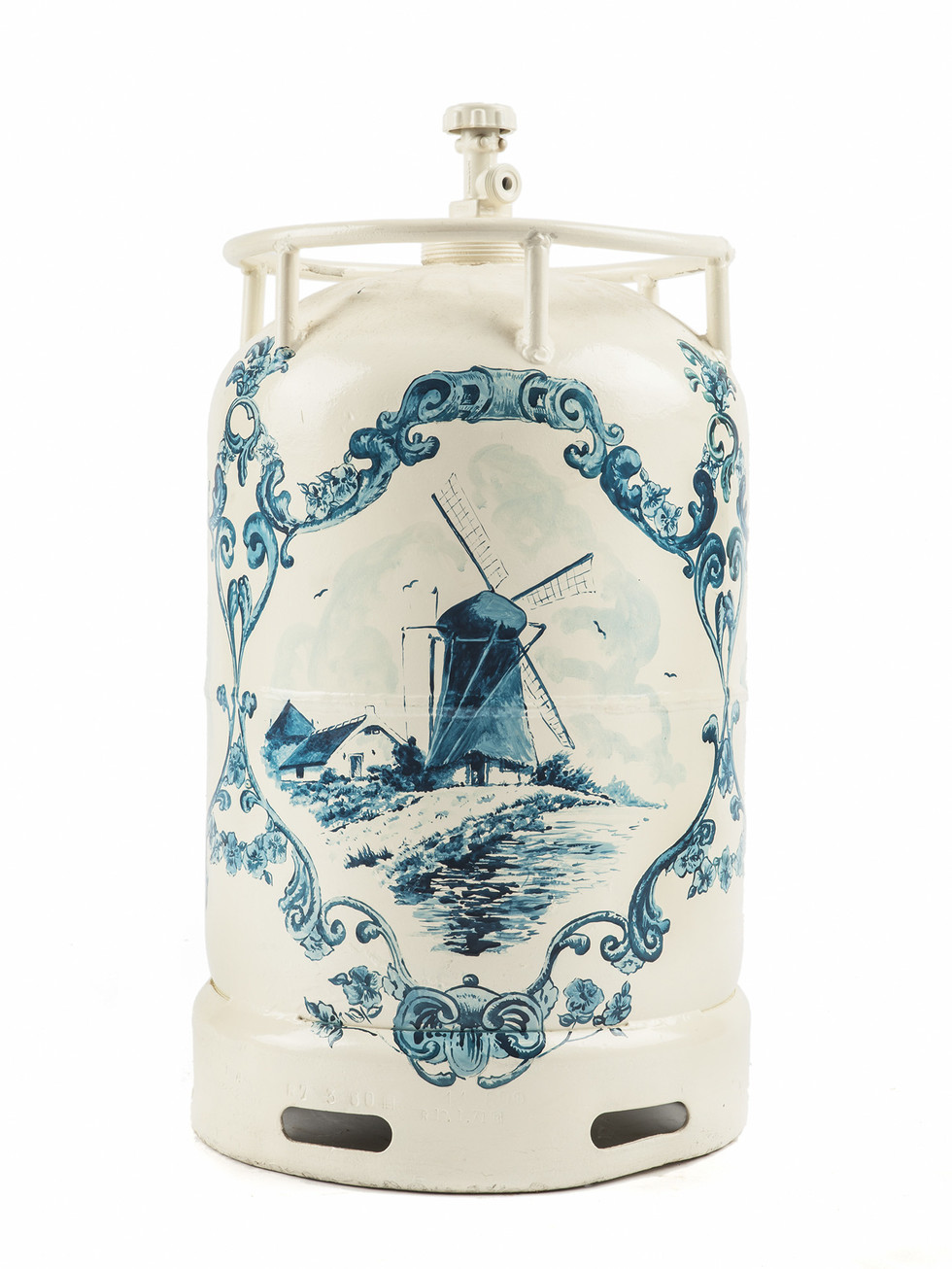 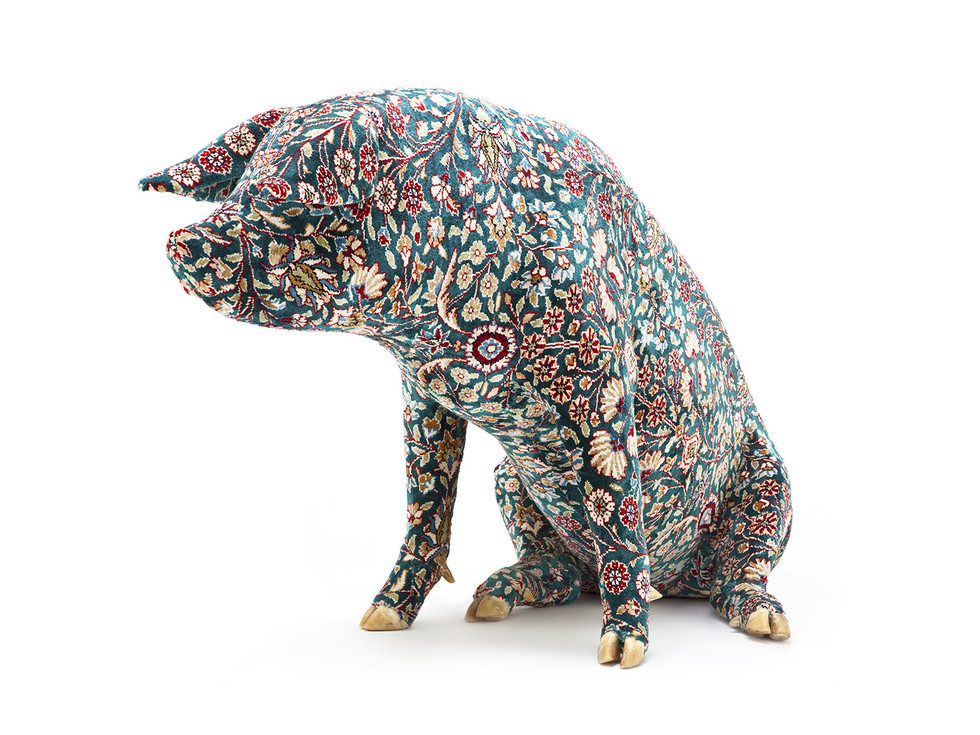 His works suggest an increasingly perverse world where things that are sacred to us, cannot escape their despised counterparts. Beauty is forced to coexist with subversion, monumentality with formlessness, science with scatology, utilitarian with decorative and cosmopolitan with agricultural. “Everything is permitted when god is dead” within Delvoye’s oeuvre”. (1) 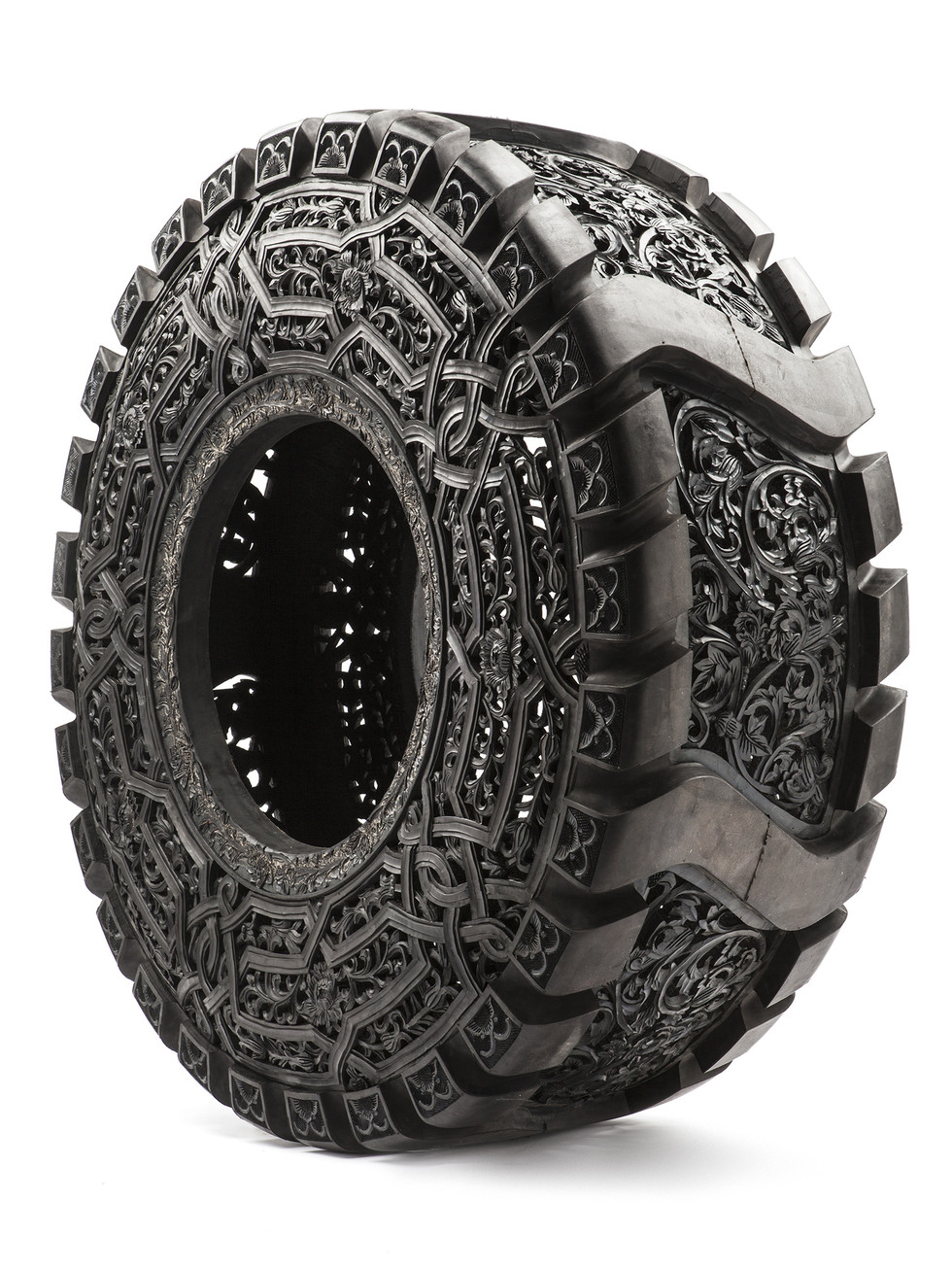 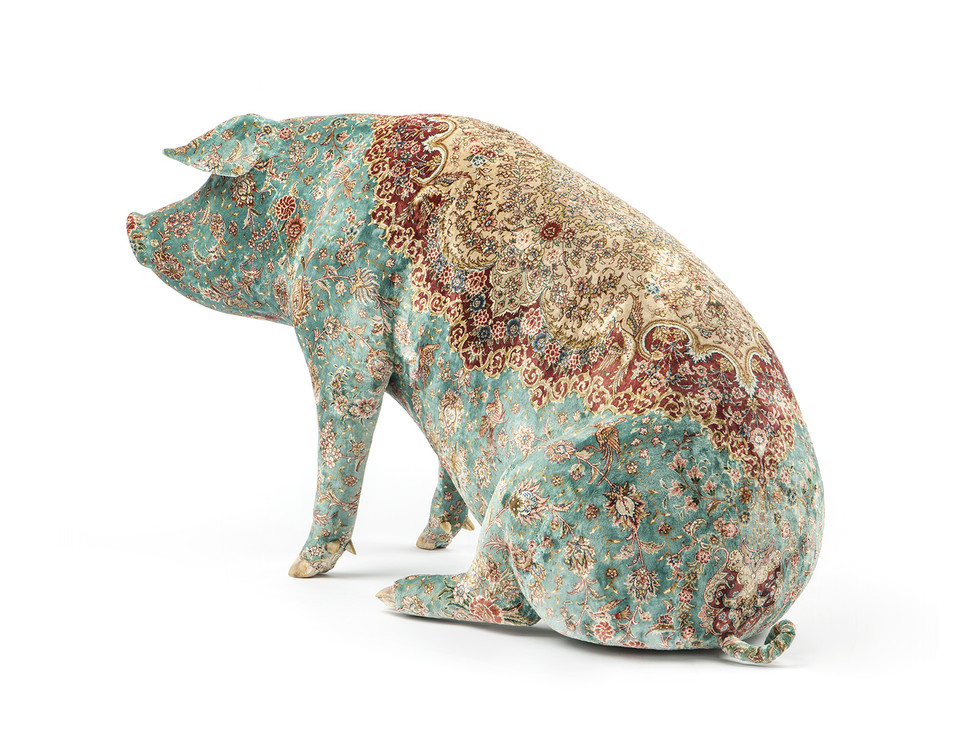 However, it is through technical attention that his anarchic creations seize their power. His manipulations of form and surface are subject to careful engineering and delicate craftsmanship. This makes the profane character of his works questionable. For example, we could debate whether the engineered disfigurement, polished surfaces and reproduction of his Christ sculptures are a more sanctified embodiment of Christ’s struggle, holy sacrifice and global impact. These works tend to go beyond one-dimensional iconoclasm. Instead they are in a state of Post-Irony in which the intend to ridiculize or relativize Christian symbolism is muddled and susceptible to an opposite interpretation. This post-ironic confusion tends to reoccur within Delvoye’s body of work. 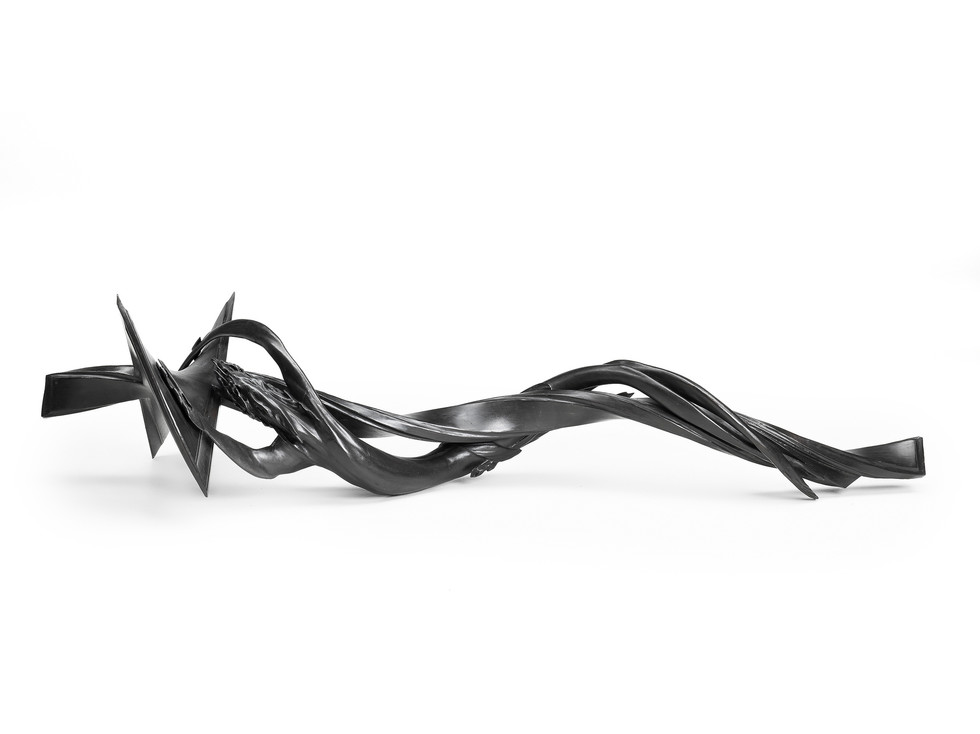 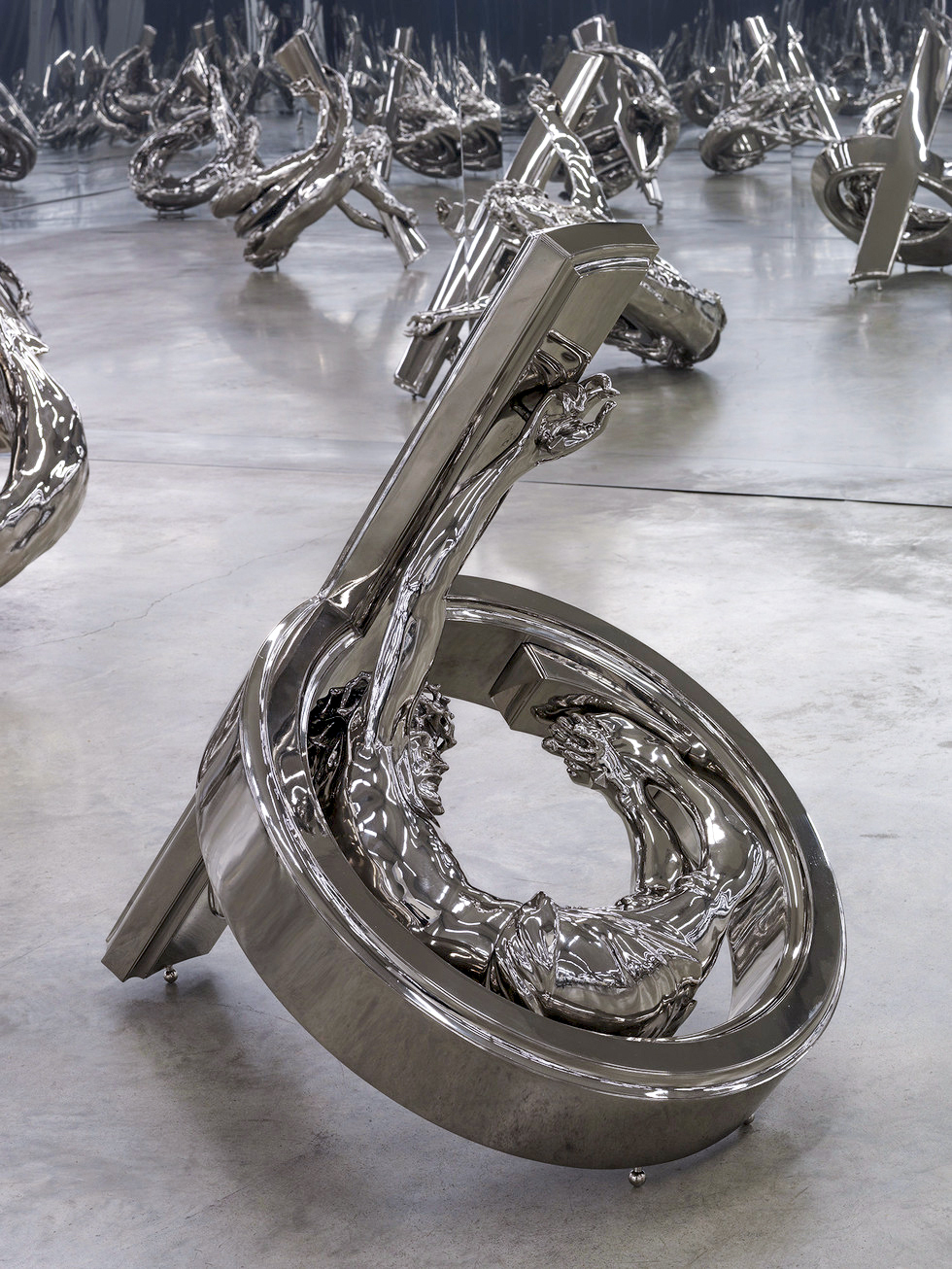 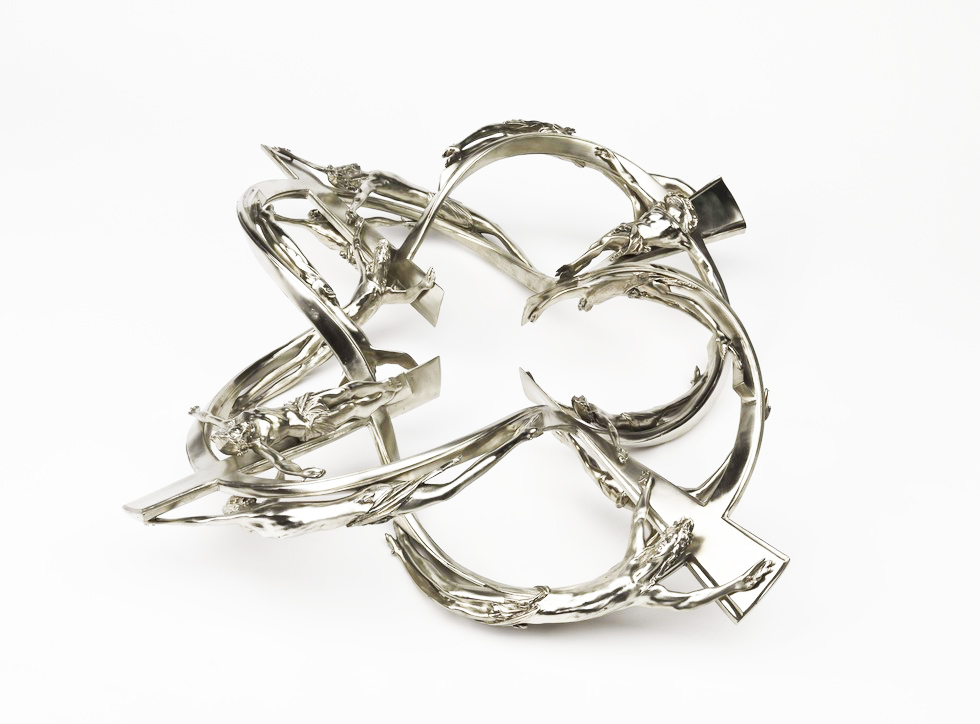 The connection between suffering and elevation is not only limited to the holy body of Christ in Deloye’s oeuvre. It finds form beyond the human category. Between 2004 and 2008, the artist turned several pigs to living works of art after elaborately tattooing them with a repeat of Louis Vuitton monograms. Before that, in the year 2000, the artist developed a machine that reproduces our way of digesting and disposing food. Our daily labour elevated to a form of mechanical alchemy. Beyond our comfort, these works reveal an array of overlapping behaviours between humans, animals and machines. A flat ontology that suggests an artist that treats each of these categories with the same depth of analysis. It is no coincidence that Delvoye once stated he is “more attracted by themes that unite than those that separate”. (2) 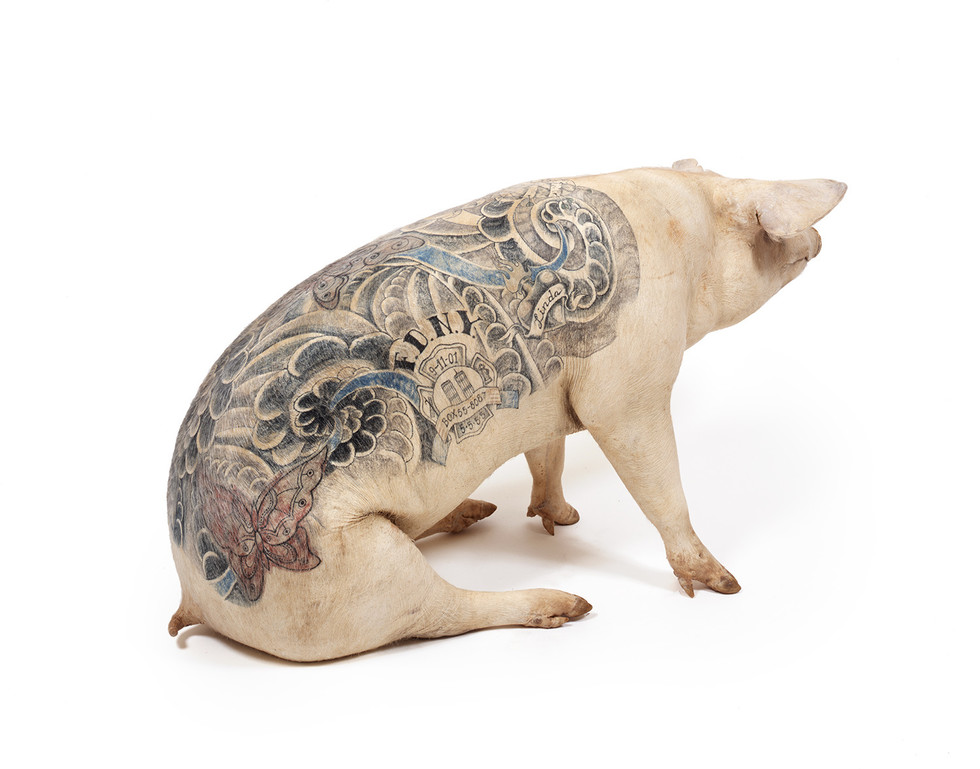 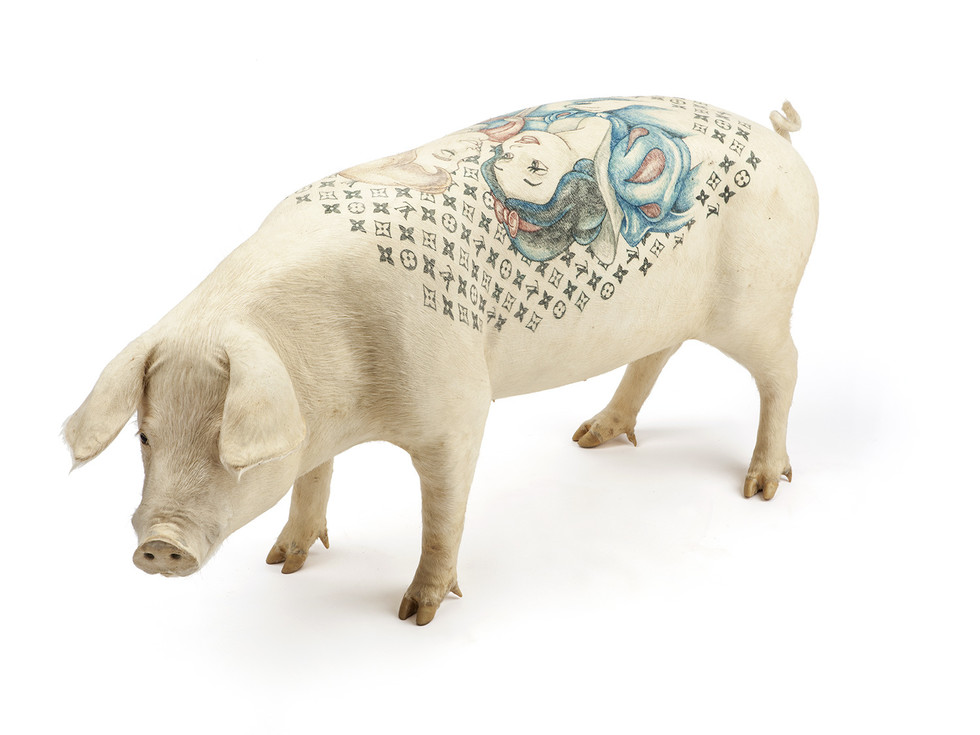 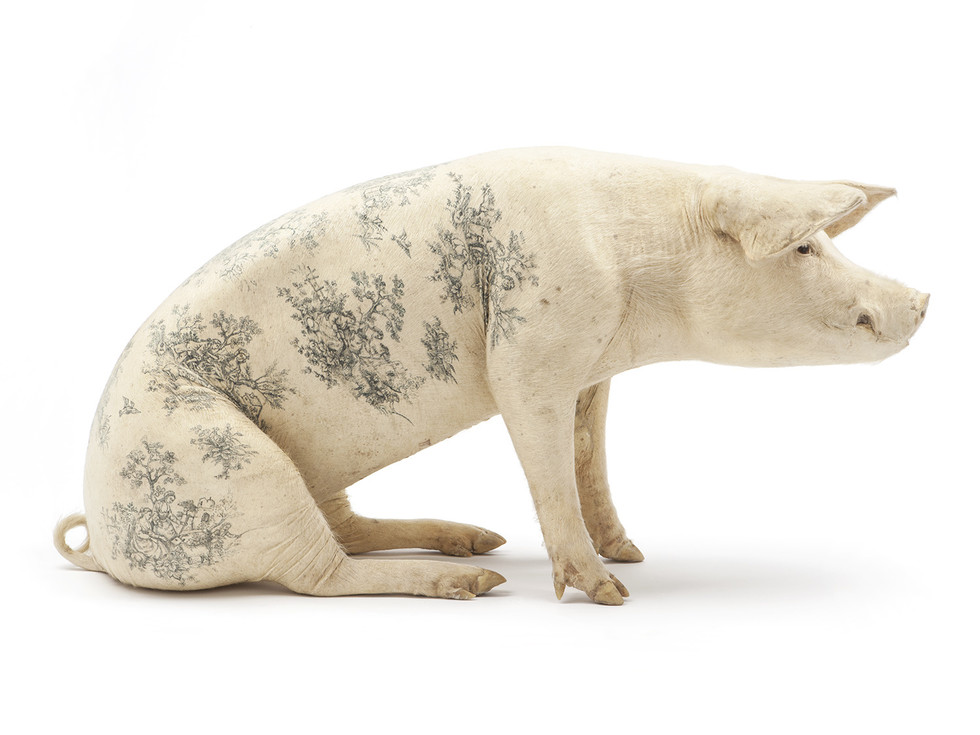 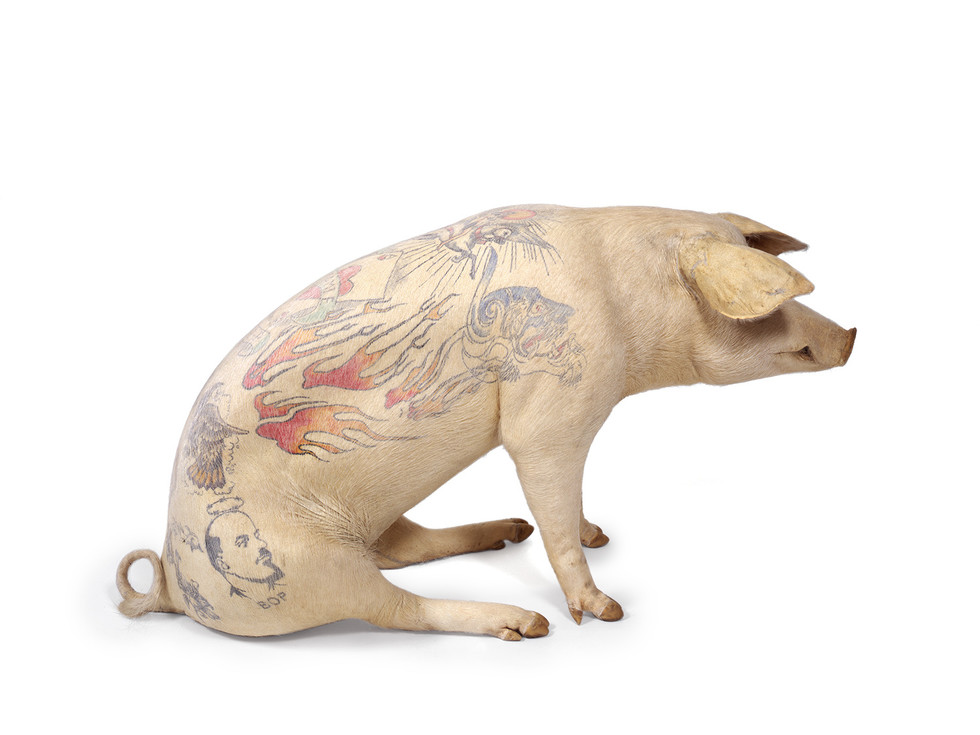 If Delvoye’s oeuvre is about pointing out fundamental connections between various existences than it is certainly a stance against the divisive limits of group identities and imprisoned forms of categorisation. It only seems right that his works trigger a more visceral response from the viewer. Laughter, disgust and seduction namely enable us to follow our individual desire. This could not only liberate us from our self-imposed categorisations but also foster a connection between different entities on a more fundamental level. Loathing, laughing, and being seduced by beauty often operate beyond the intellect. Delvoye seems to communicate with the spectator on that frequency. A frequency that is often misrepresented as merely shocking or superficial, but one that could bring us together in times of tension and disagreement. 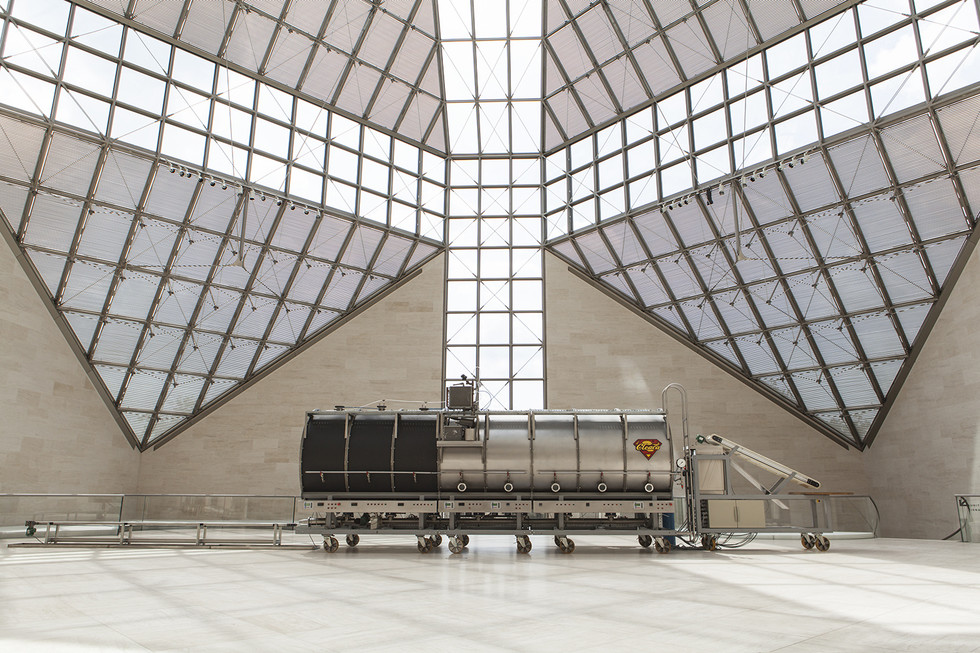 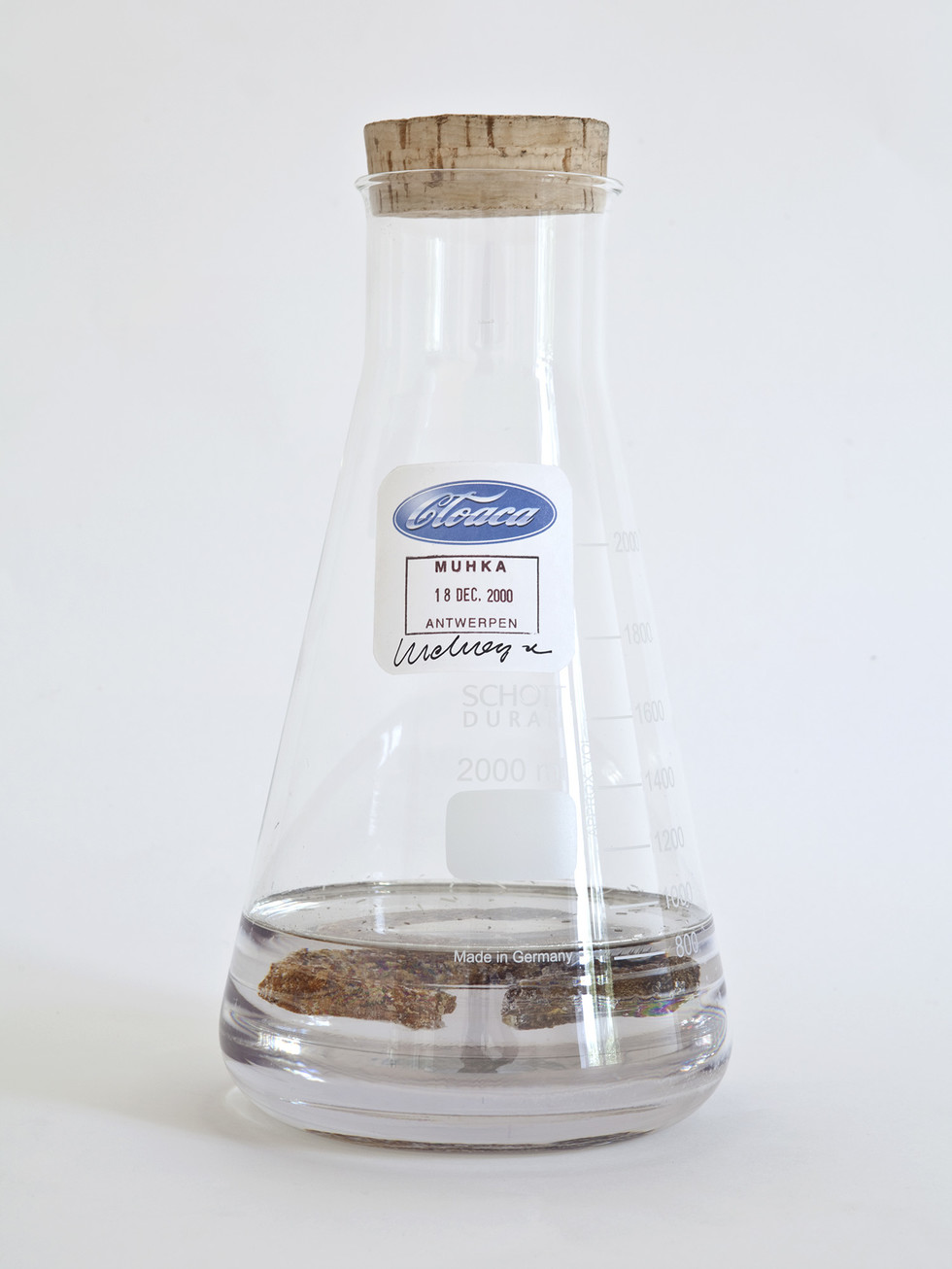 If we make an effort to look or feel past the appealing or appalling qualities of Delvoye’s work we could recognize and accept a sense of self that we share with others. After all, we are all mammals, adorned in fashion logos, that produce excrement in a near mechanical manner. It requires a competent and couragious artist like Wim Delvoye to remind us of these primordial truths.