A look at contemporary China: The works of Bai Yiluo and the quest for a forgotten past

A look at contemporary China: The works of Bai Yiluo and the quest for a forgotten past

«Nothing is ever true more than once». Few concepts, if any, as secular and deep-seated as they can be assumed as certain and saved from a radical reinterpretation; civilization is one of these, as Bai Yiluo with his work Civilization (2007) demonstrates, an installation of 12 sculptures (mostly classical) made with terracotta busts positioned onto plinths and perforated by long wooden pitchforks like arrows. Could we really consider mankind as civilized? Perhaps not. Is history condemned to be cyclical and to be made by continuous and never ending conflicts? Maybe. But possibly those pitchforks, tribute to the agricultural world, that thrust the fatal blow on the terracotta, a material also traditionally linked to the rural world,  are just instruments that will open new possibilities like a bolt from the blue which gives birth to an epiphany. 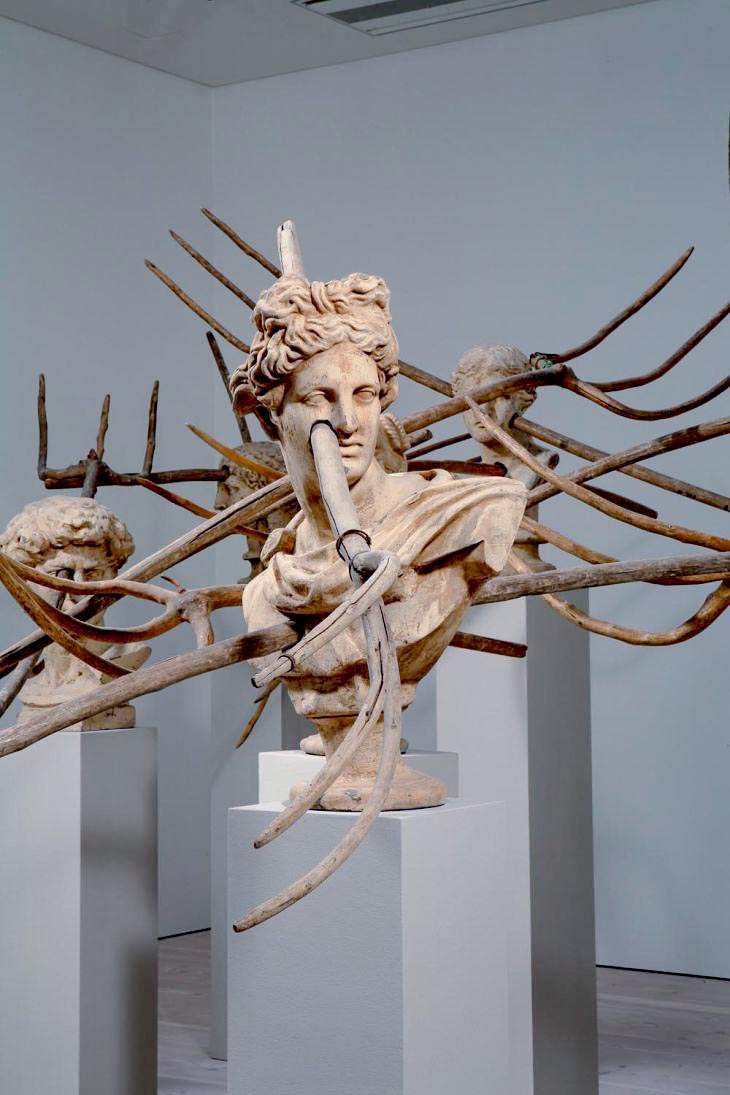 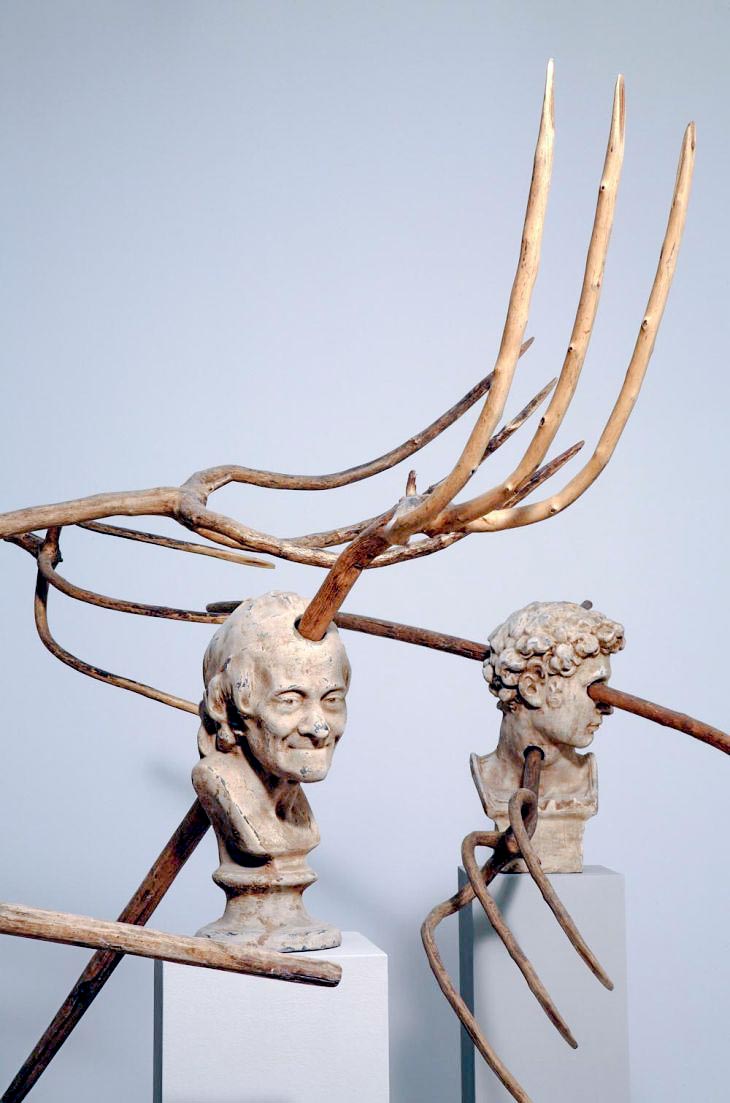 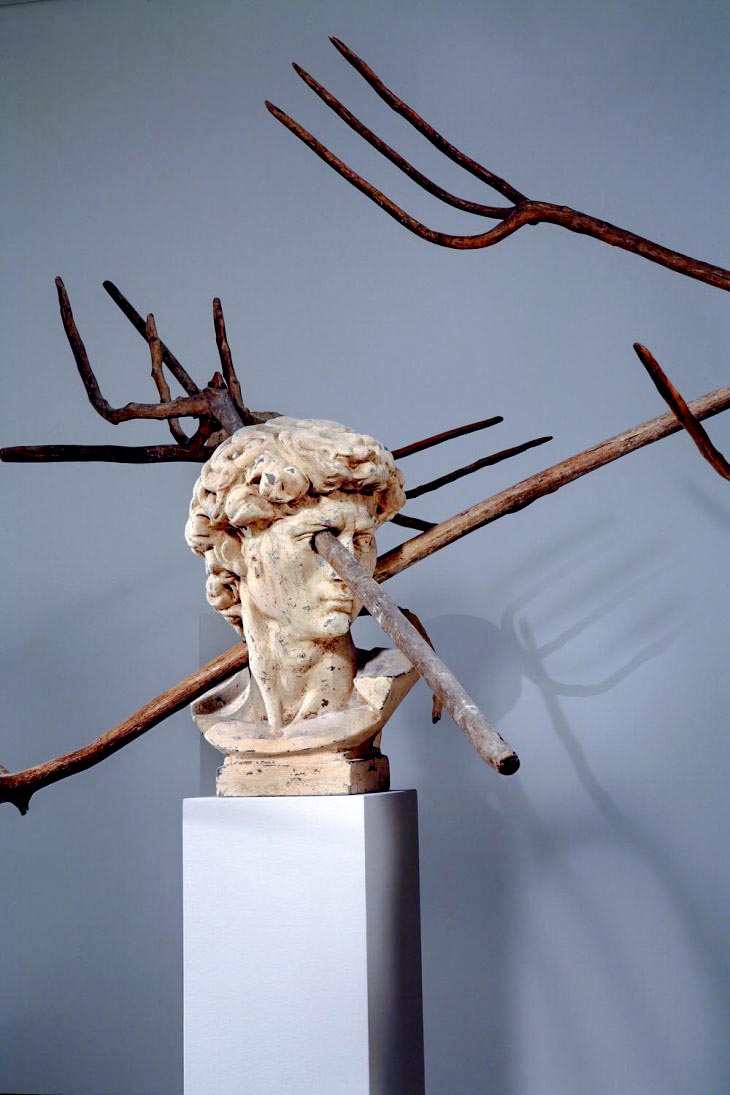 The Chinese artist – who lives and works in Beijing but has exhibited his pieces all over the world – started his artistic journey as a photographer and then entered the world of contemporary art thanks to Ai Weiwei, to whom he had been an assistant. This work, as many of his others, reflects the artist’s need to ask himself  some key questions (the relationship between tradition and modernity investigated through everyday objects, the spiritual universe, frantic productivity) and the final answers remain attached sometimes to ambiguity and other times to a desire for revenge and for truth. 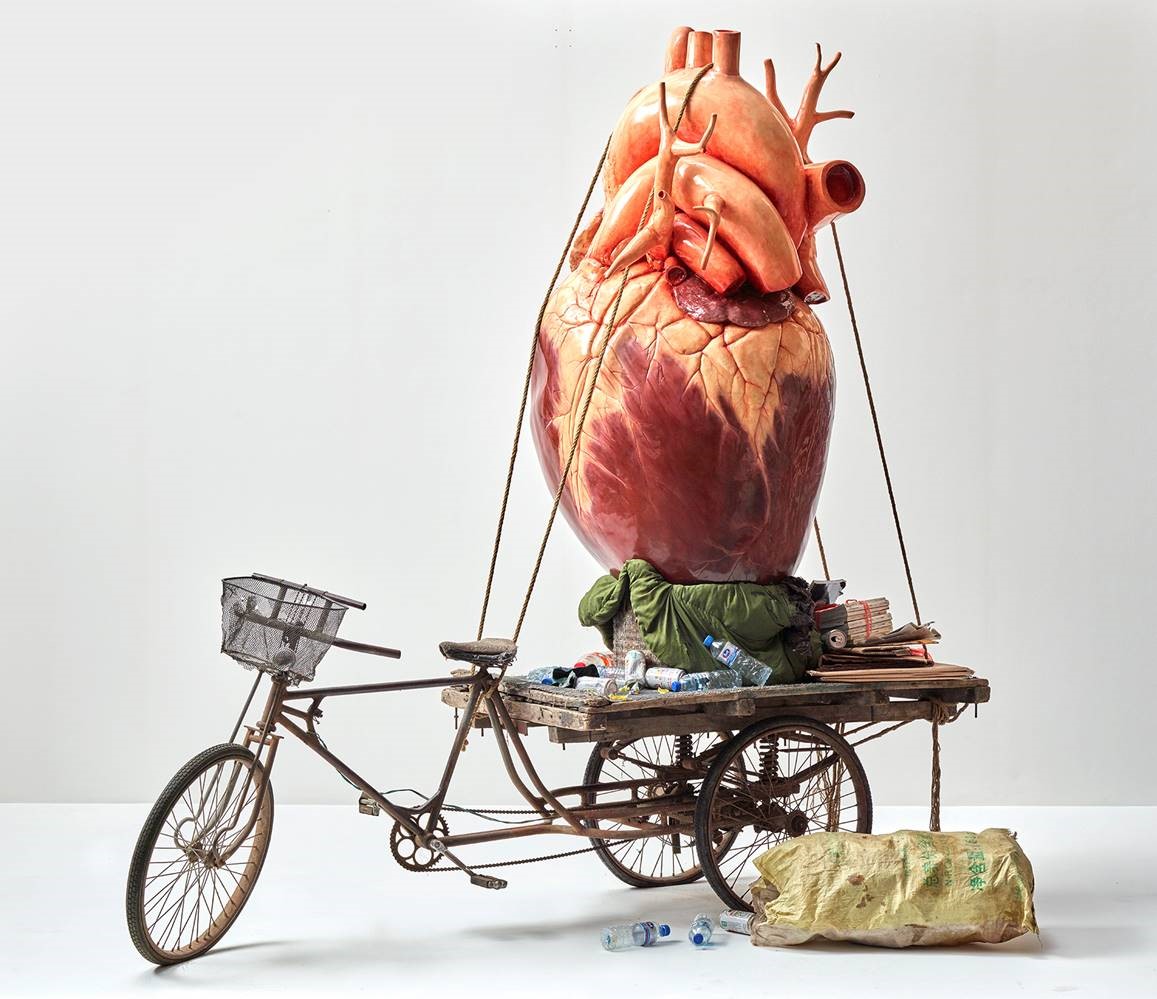 In his equally powerful work Recycling (2008) there are several underlying themes: the gigantic human heart made of fiberglass and carried on the traditional sun lun che, the traditional tricycle which in China is used to transport recycled paper, old cardboard and firewood, is the symbol of disposable love but also of  (illegal) human organ trafficking. “How often do we underestimate our feelings, giving away love cheaply or refusing the love others give us?”. Bai questions the truth. And everything is always hanging between the intimate and the general, between personal, historical and human demons. In the artist’s personal motto there’s the contradiction of a country still fighting with its history, an imperialist China that invented a speeded up present in order to hide its long past made of lost battles (but not necessarily useless). Bai wants to stress that “it doesn’t matter what one does, one would never be able to escape past lived experiences”. It is a warning that seems to address the masses lacking identity and memory that emerged in China after the Tienanmen Square protests as it was portrayed in the film  The first shot (2017), by Federico Francioni and Yan Cheng and before then by Terzani working as Asian correspondent. 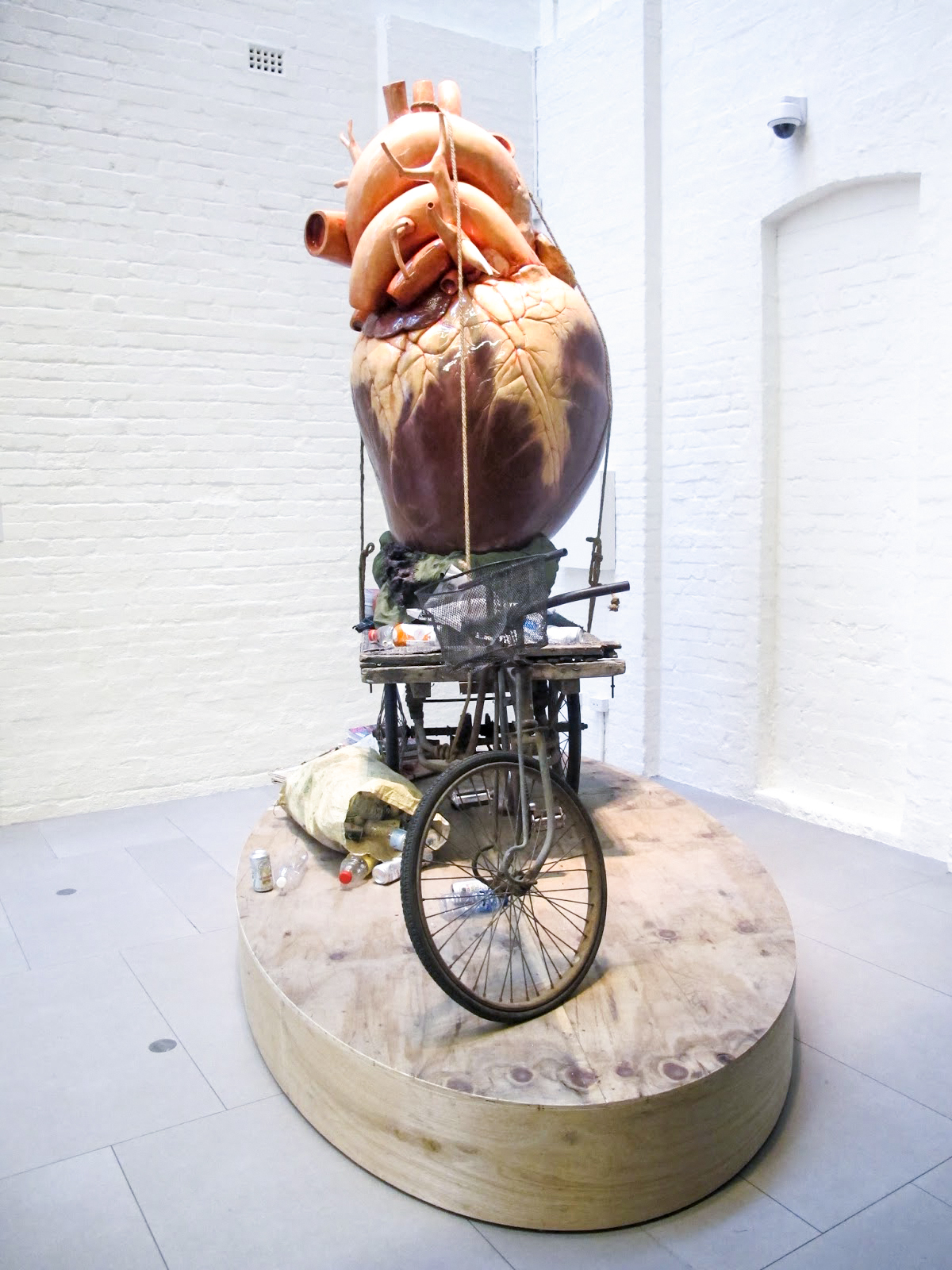 With Demon, a sculpture installation presented at the Beijing biennale in 2009, Bai wanted to construct a swollen mass of paper, papier-mâché and polystyrene with images of wrist watches taken from ads published in various magazines, making the spectators maneuver the skewer with which the shapeless ball was pierced. Time turns and comes back always on itself, like the vertical skewer of a döner kebab. Illumination (2011) is another interesting work by the artist who spent four years collecting countless old, abandoned, sooty and rusty oil lamps, in order to then exhibit them to the audience of museums and art galleries. The sense of his practice can be summarized in two considerations: the oil lamps, even though they were in working order, would not be able to provide enough light compared to what we can have today thanks to electricity and this is an obvious conclusion; but the ultimate meaning of the work can be once again defined with a question, what else did China get rid of when it abandoned the ancient relics as if they were old meaningless objects?