Risaku Suzuki’s works repeatedly show his profound reflections on the particularities of the photographic medium and the constant questioning of what it means to ‘look’. With his mythical pictures, ‘Water Mirror’ invites us on a fascinating journey of perception and is probably one of Suzuki’s most representative works. 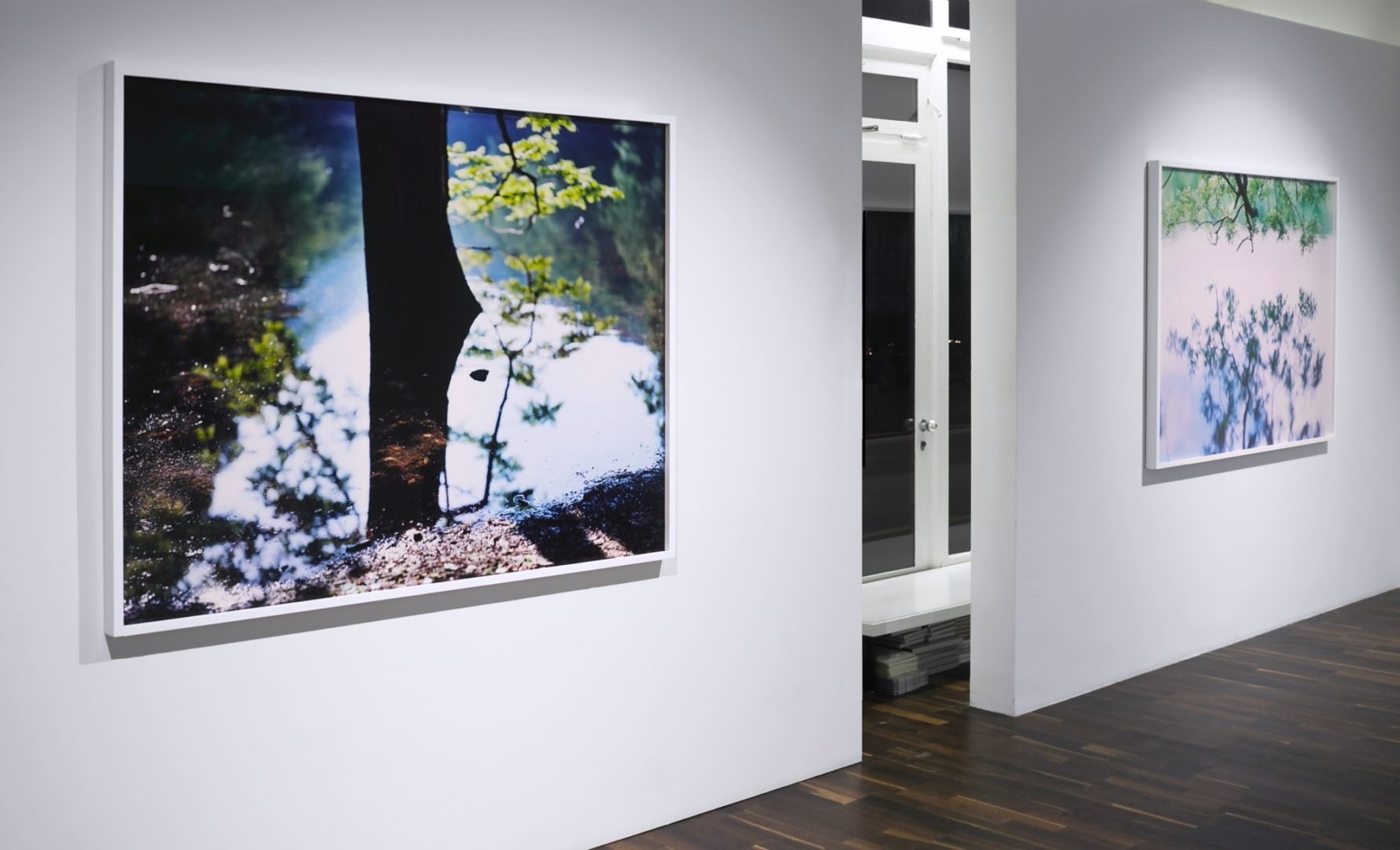 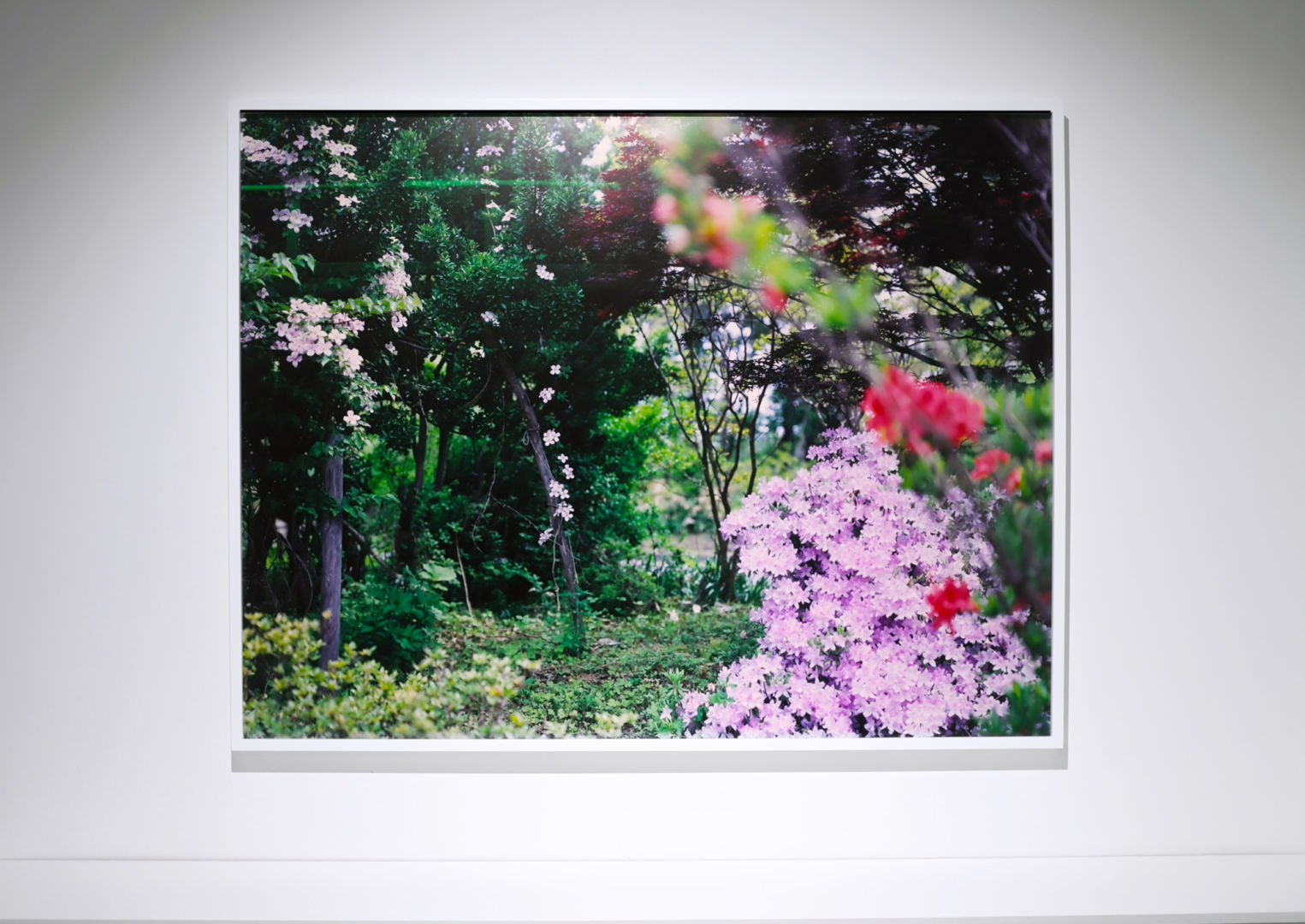 Risaku Suzuki, born in 1963 in Shingu City, Wakayama, began using photography as medium for his creative output after graduating from Tokyo College of Photography in 1987. Today he is one of Japan’s best-known photographers. Suzuki has exhibited worldwide and received numerous awards, including the Kimura Ihei Award, the most prestigious award in the field of photography in Japan. In addition to photographing his hometown Kumano, which might be called his lifelong project, he has used different approaches to shoot a variety of subjects, ranging from cherry blossoms, snow, Mt. St. Victoire in the South of France, and Cezanne’s studio. His various projects, however, consistently display a critical awareness of the act of seeing and the unique characteristics of the photographic medium. 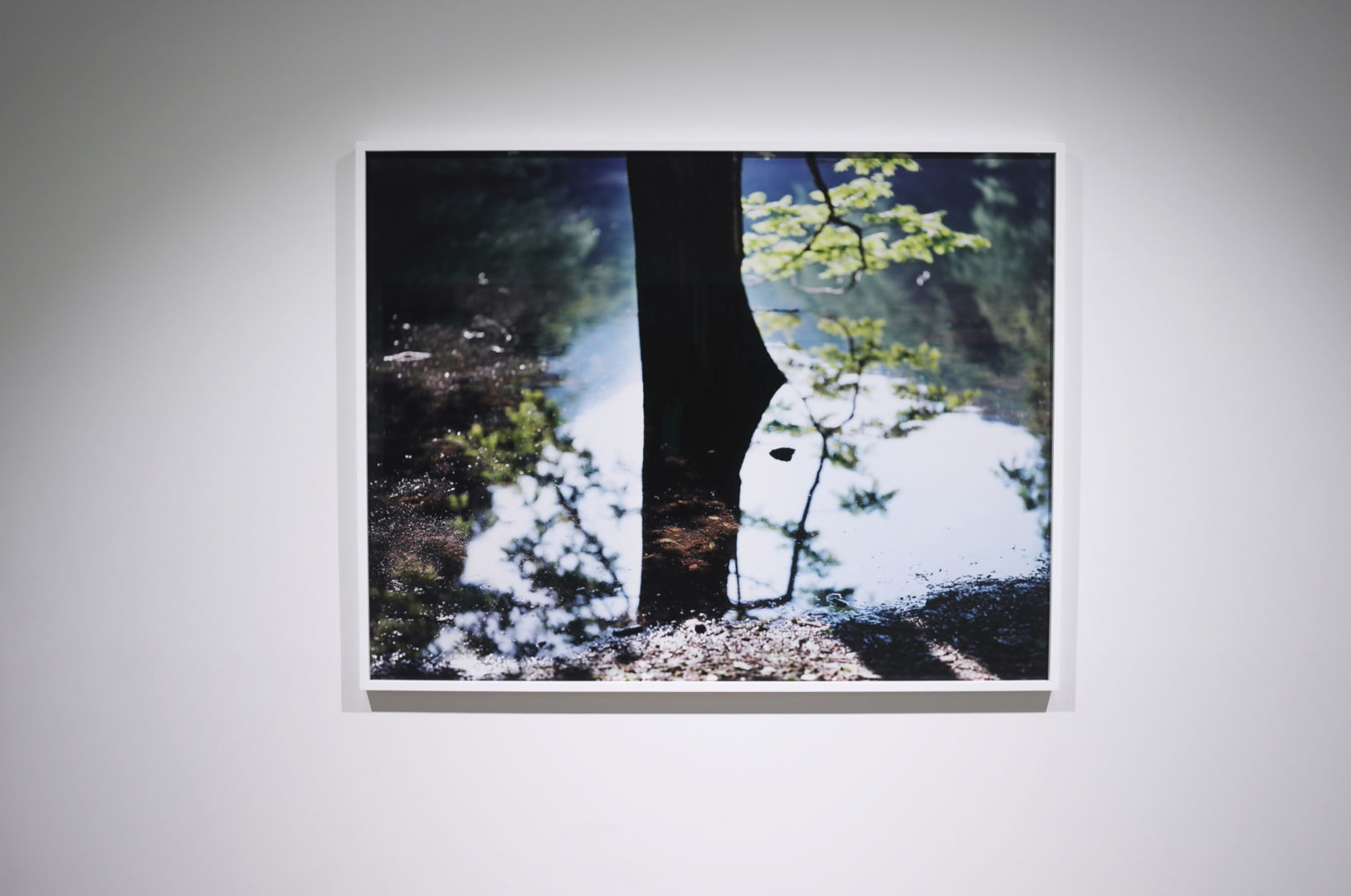 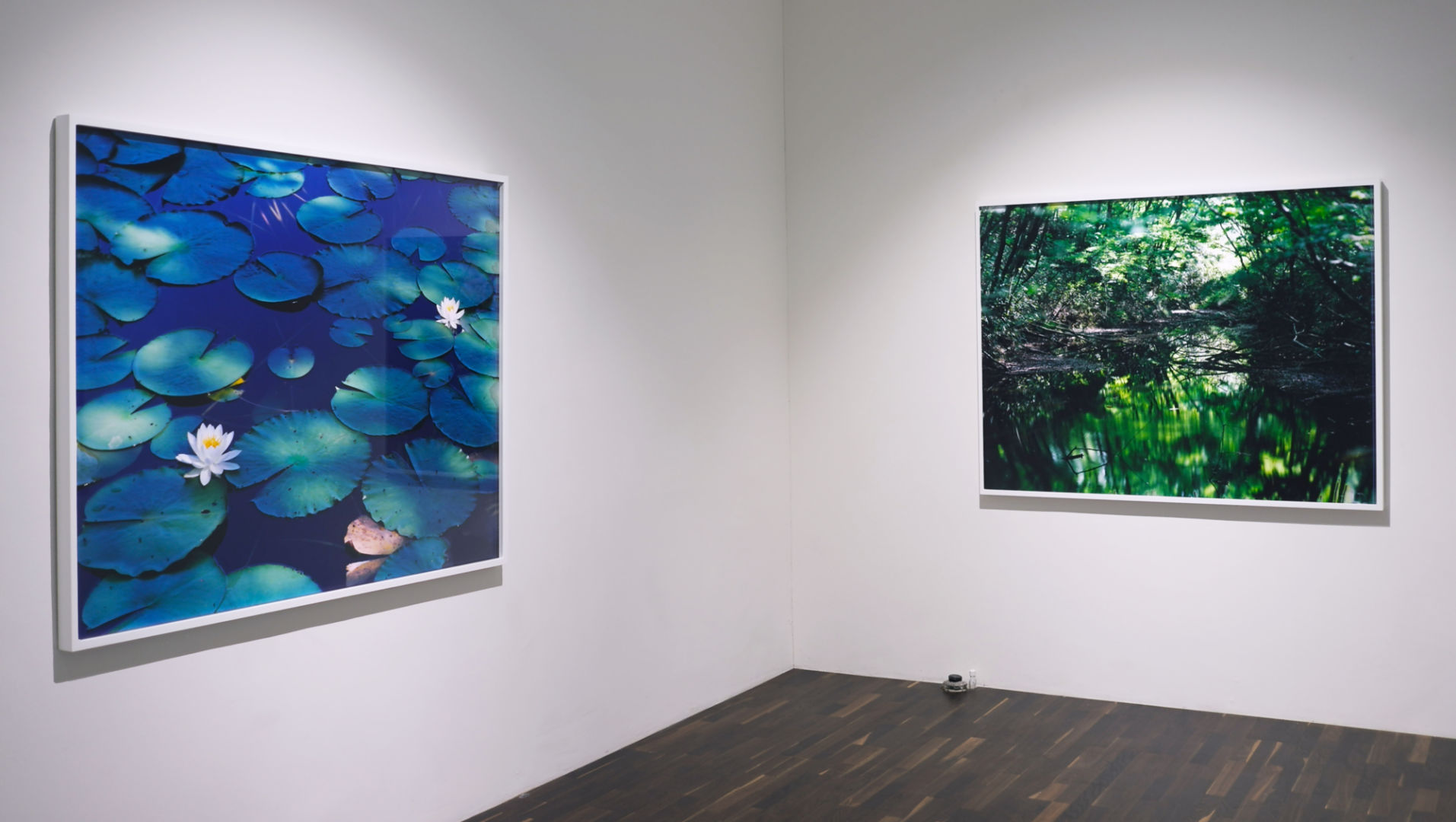 ‘Water Mirror’ is a condensation of all that makes Suzuki’s photography so appealing: his profound ruminations on the subject of photography itself and the continuous questioning of what it means to ‘look’. The series ‘Water Mirror’ explicitly shows the artist’s engagement with the origins of representation and the principles of the photographic medium, which become deeper and deeper in the three years in which he took the pictures. 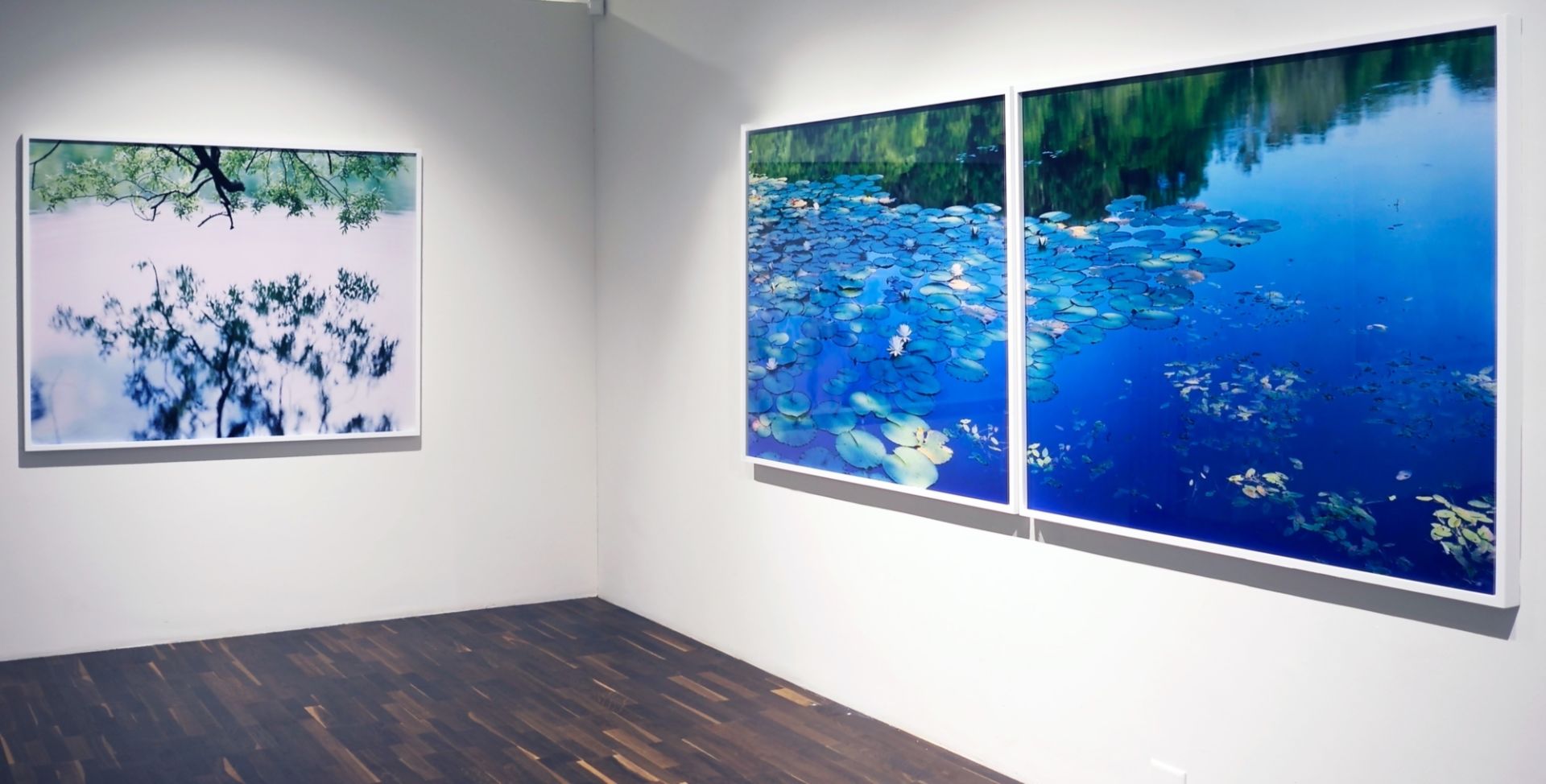 “Our eyes gather and sort visual information and the brain creates a coherent understanding of a scene as a whole. But the water surface is an exception, as it acts like a mirror creating complicated optical effects. For example, when you are on a lake and look into the water, it looks different depending on where you place your focal point. Let us focus on the reflection in the water. Trees surrounding the lake are just as lush and verdant in the reflected image, while clouds that ought to be far up in the sky float there tantalizingly, almost within arm’s reach. The sight of a space seemingly of extraordinary depth appearing in the flat surface of the water is one of mystery, and our gaze is lured, sucked even, deep into this world we can see.” 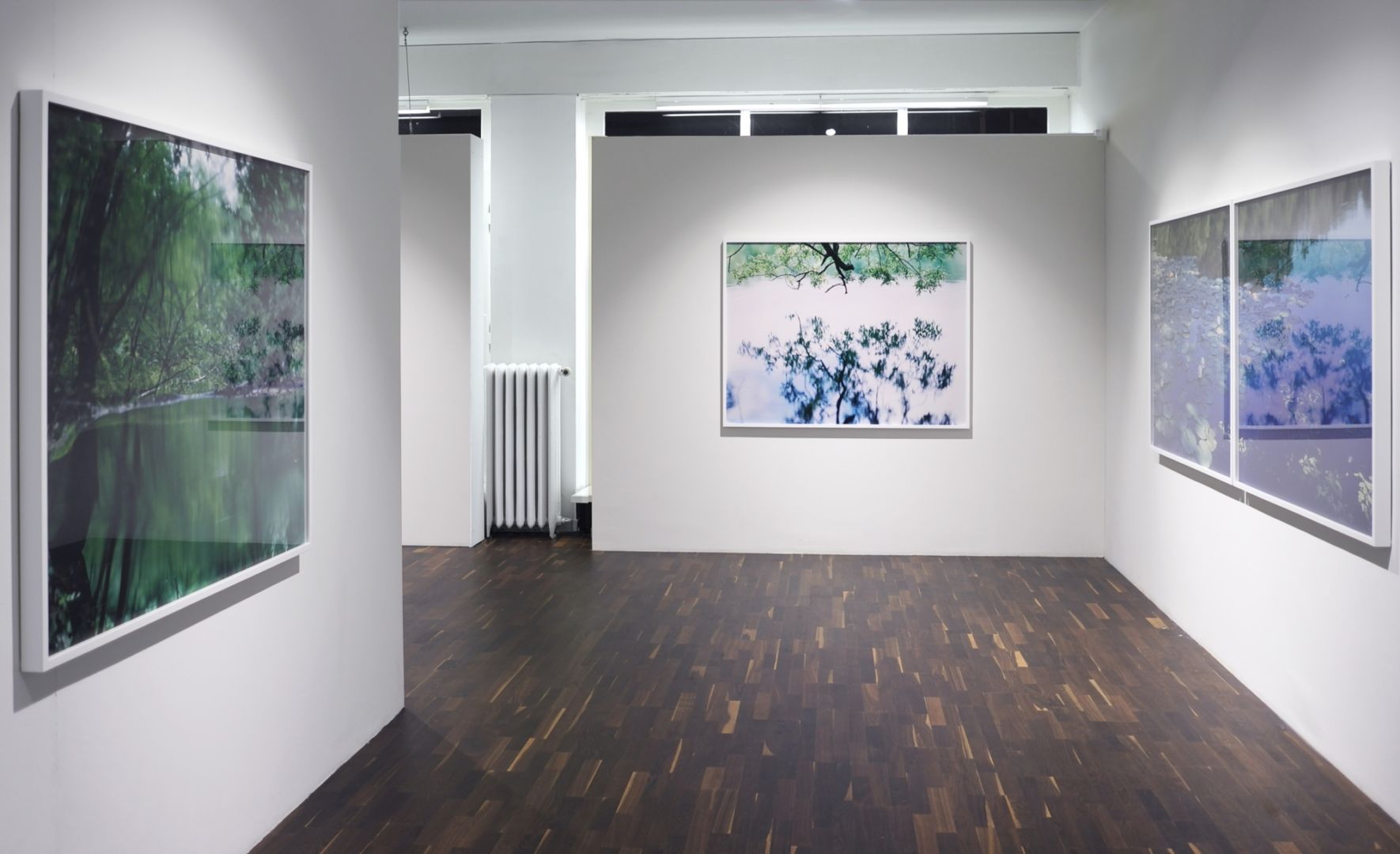 Just as with a mirror you can see how the trees are captured in the water that reflects them. When you look at the water through the lens of a camera, the leaves are shown in utter verisimilitude, making it impossible to distinguish the reflections from the actual trees standing in the soil and air. 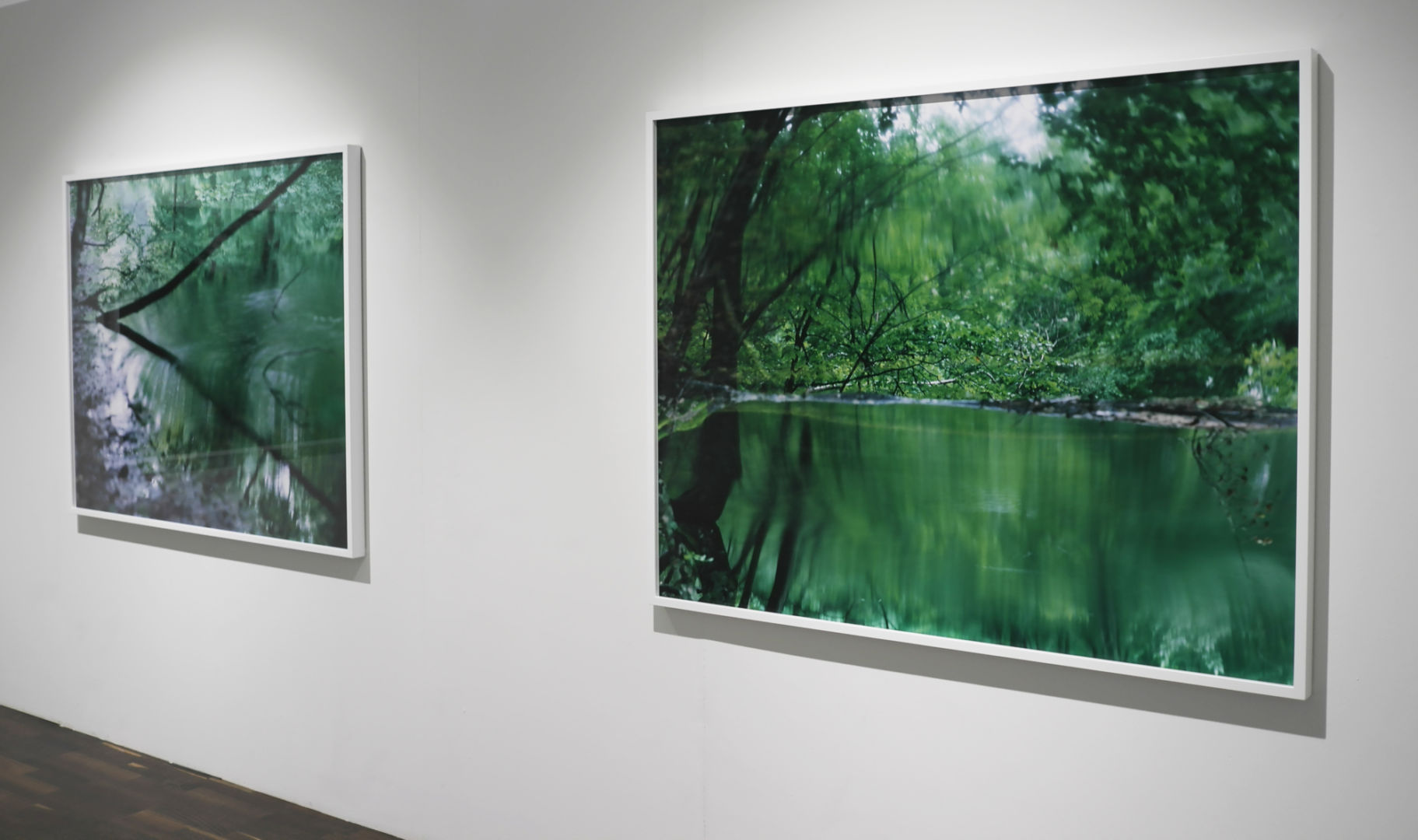 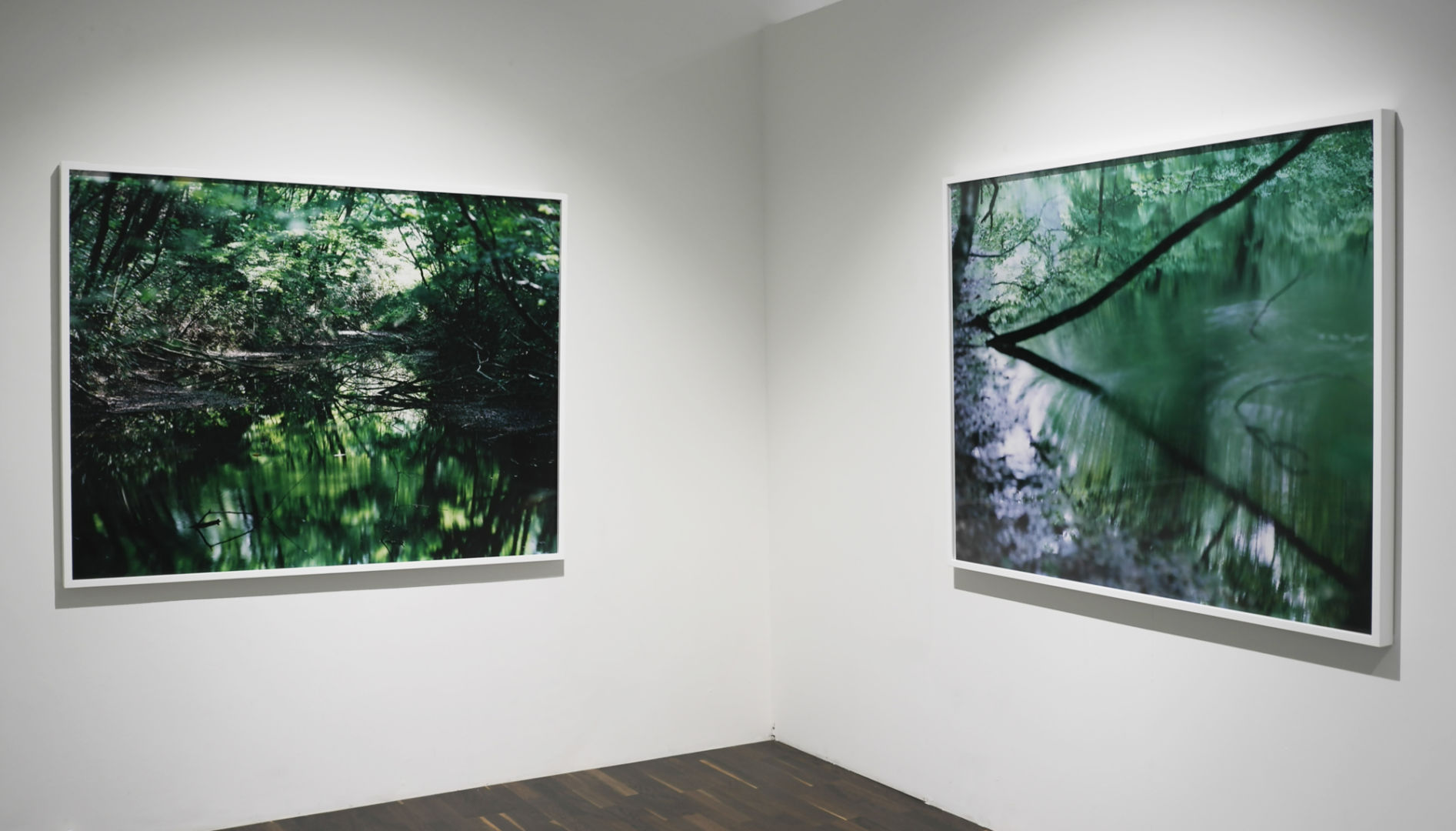 The result is a mimetic representation that only exists within the photographs. These scenes would not exist without the intervention of the camera and the lens. In their presentation, Suzuki nonchalantly interchanges the positions of air and water by switching the vertical orientations of the photographs. Sometimes he shows the reflection exclusively. Sensing a slight strangeness, we re-examine the photograph. Trying to determine whether the photograph is of trees or their reflection, we realize that originally, the photograph is itself a reflected image. Looking at a photograph and looking at a water mirror become parts of an interlaced visual experience. 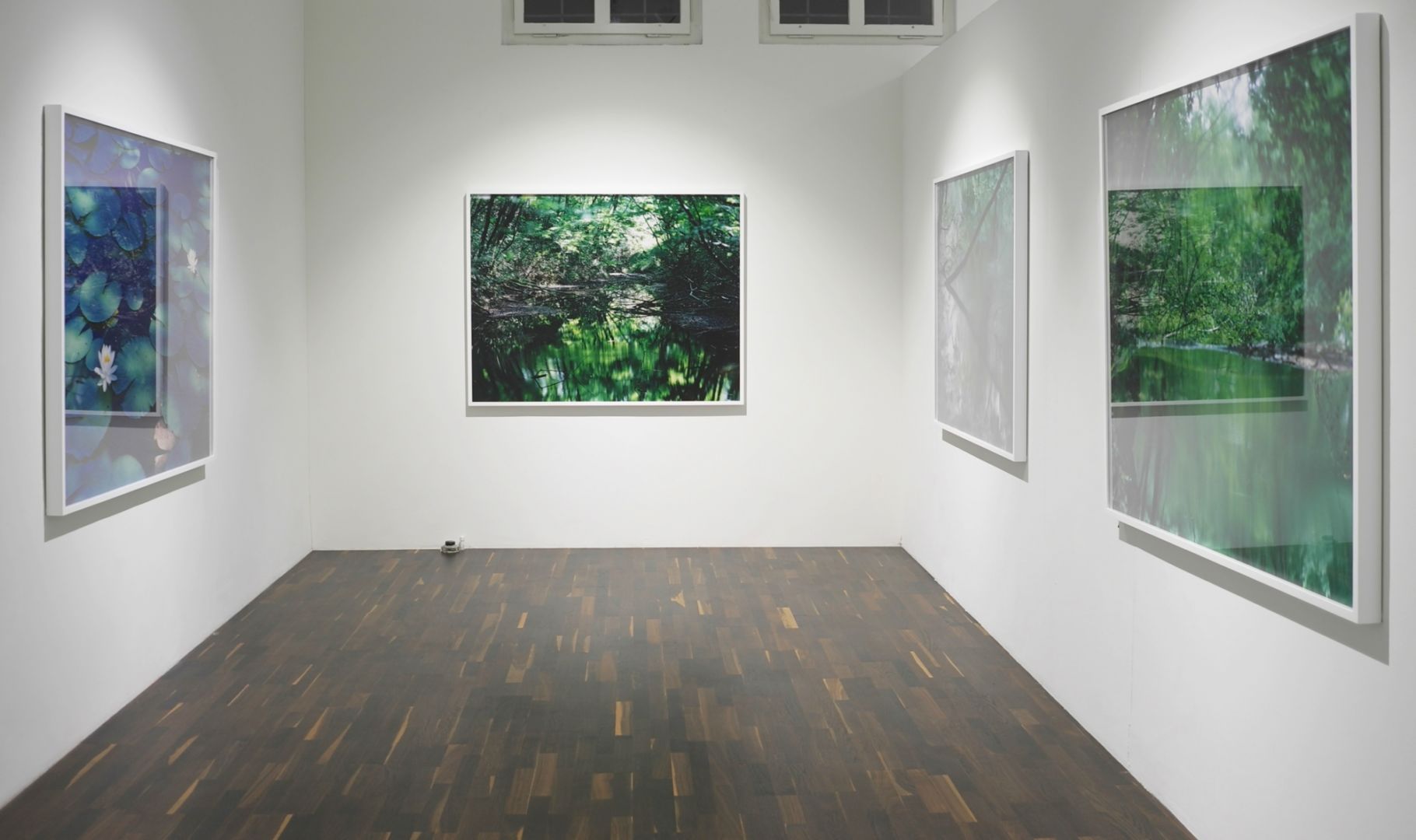 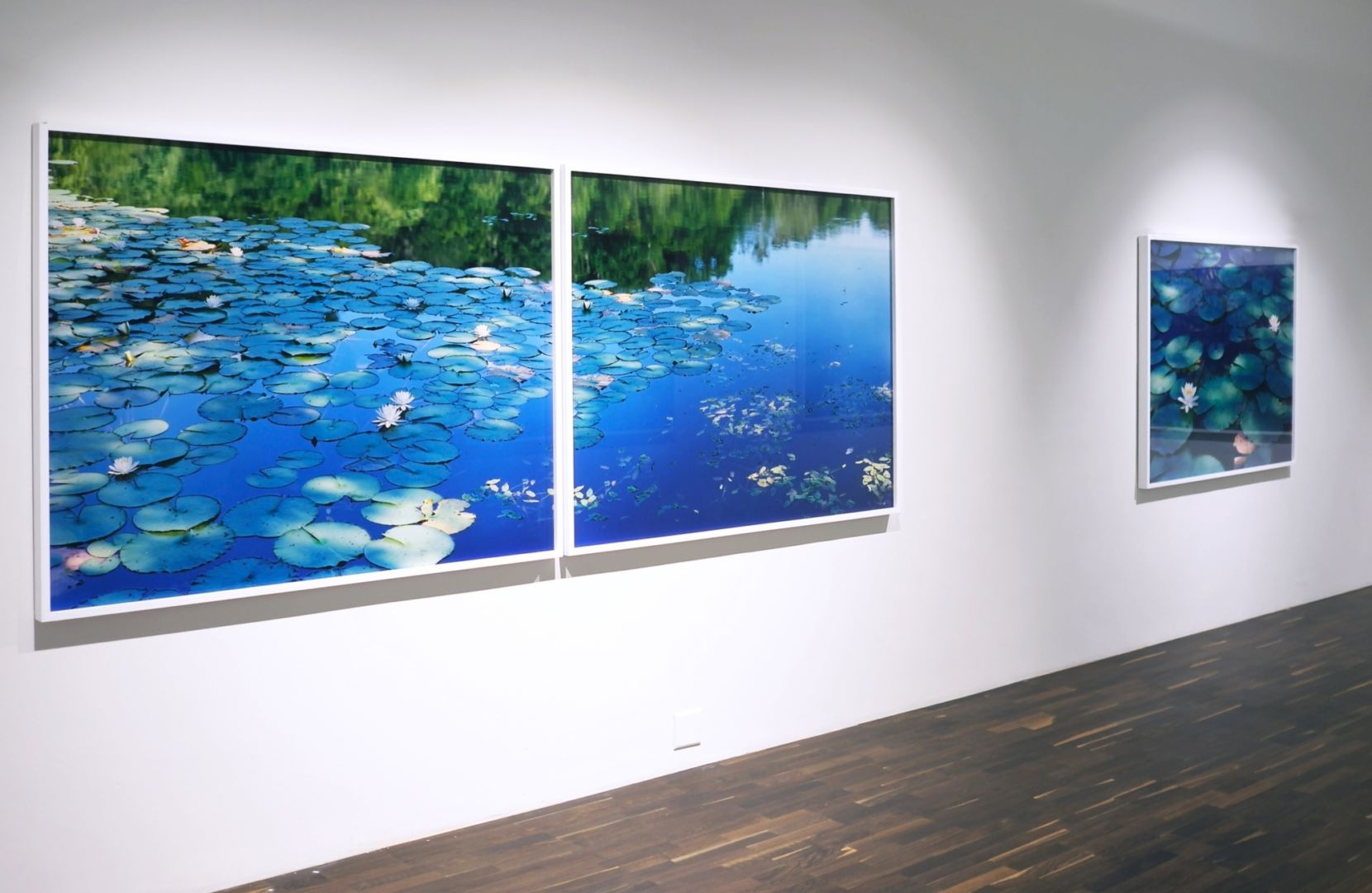 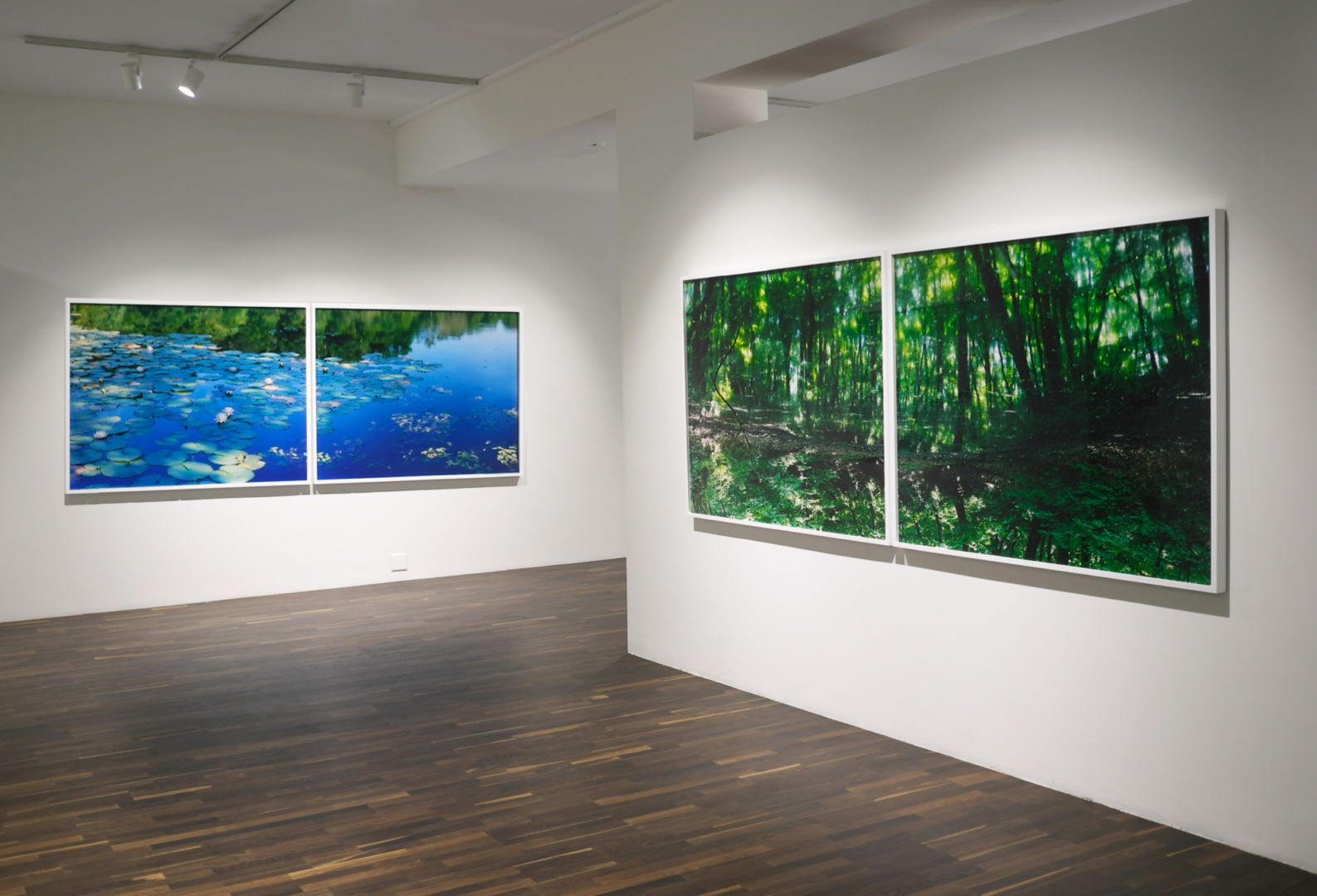 Since the methodology of ‘Water Mirror’ was developed from the production process of photography and was created in this form as well, the works themselves have become an idiosyncratic photographic theory. With its luscious, thoughtful images, ‘Water Mirror’ invites on a fascinating voyage of perceptions and will probably become one of Suzuki’s most representative works.

Images > Courtesy of the artist and Christophe Guye Galerie