It is thanks to the work of  Daidō Moriyama that we can observe without filters how everyday life has evolved in Japanese society during the last fifty years. Born in 1938 in Ikeda, near Osaka, Moriyama first focuses his interest on painting and then on graphic design until, in 1959, he decides to devote himself fully to photography studying with Takeji Iwamiya. In 1961 he moves permanently to Tokyo where he becomes Elko Hosoe’s assistant and where he produces his first works of street photography which, in the future, will make him known as one of the most influential photographers of our time. He has always had a personal preference for the urban landscape and the city which to him represents an attraction with its many facets that stimulates the practices of accumulation and repetition that Moriyama embraced in his photographic style. 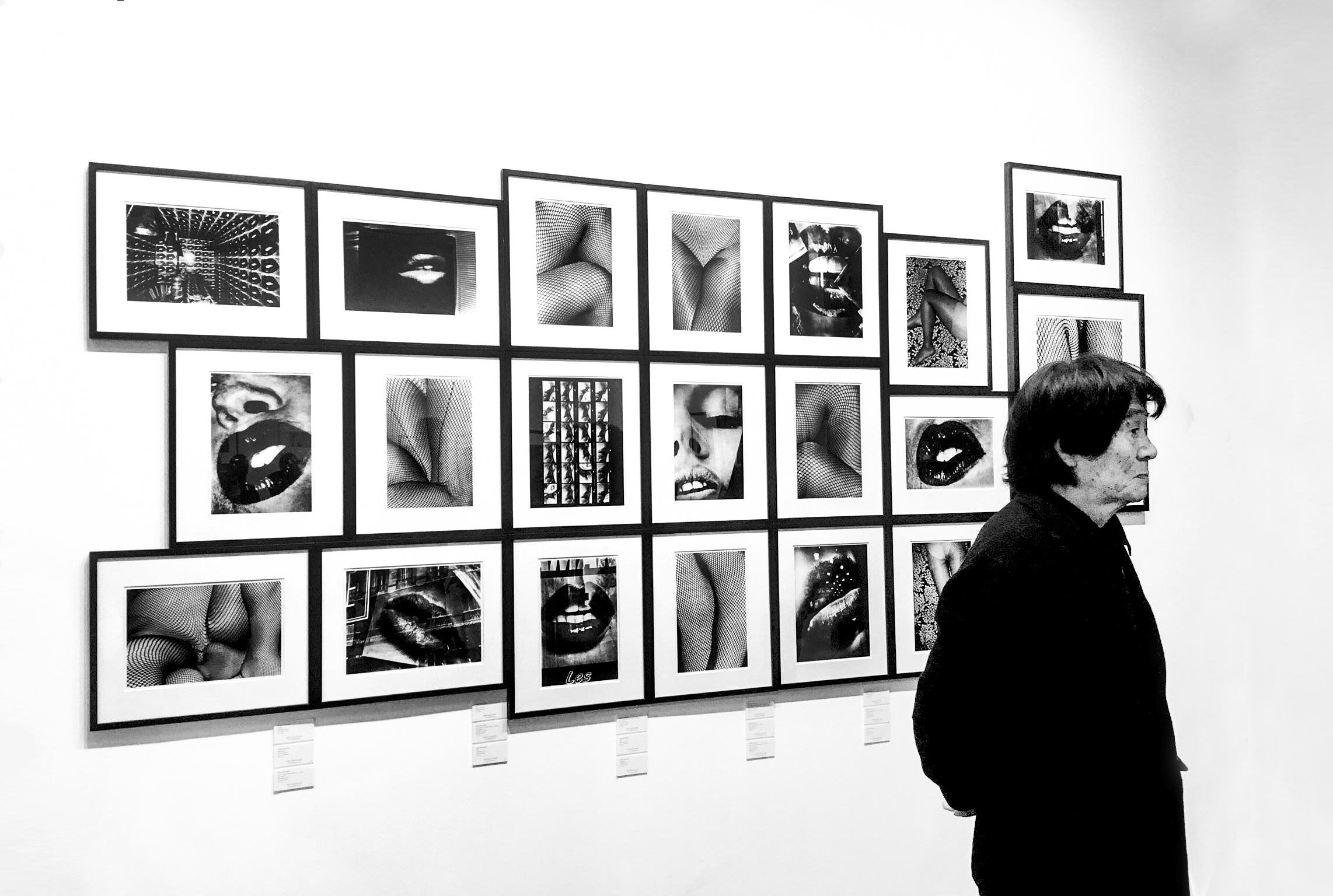 Everything that happens in the city attracts his eye hungry to discover hidden treasures, tragic and happy events, reflections, textures and signs that catch the lens of his endlessly moving camera. It’s interesting to discover how Moriyama has always given priority to the subjects sometimes even to the detriment of quality; the result is a collection of soft shots, grainy, with bent perspectives which do not obey to the stylistic canons of traditional photography, a medium which he always wanted to revolutionize. Quantity is also a key concept for his production, that is why the Japanese photographer openly highlights the importance of digital photography as a tool which enables him to take shots continuously while walking through urban jungles. 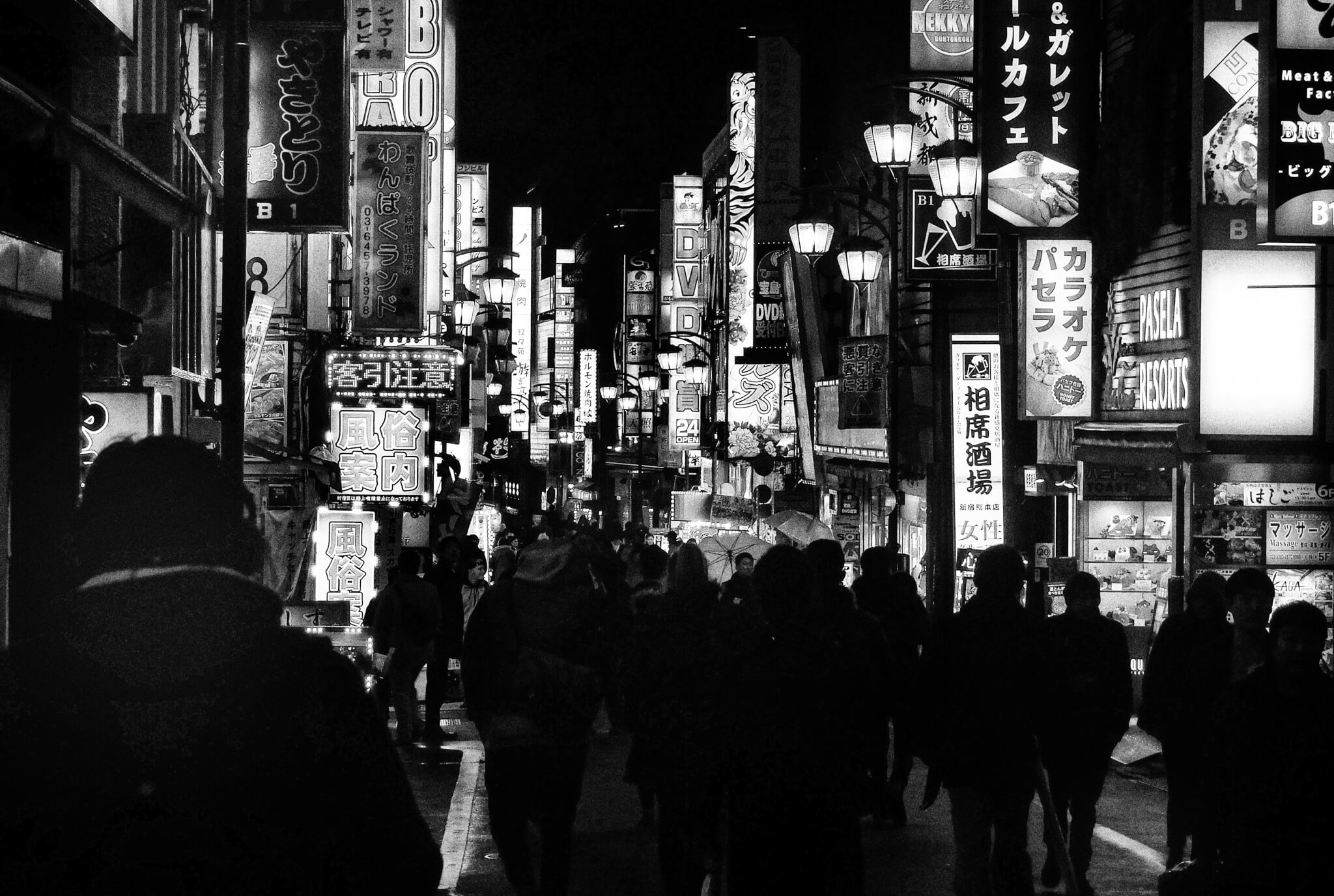 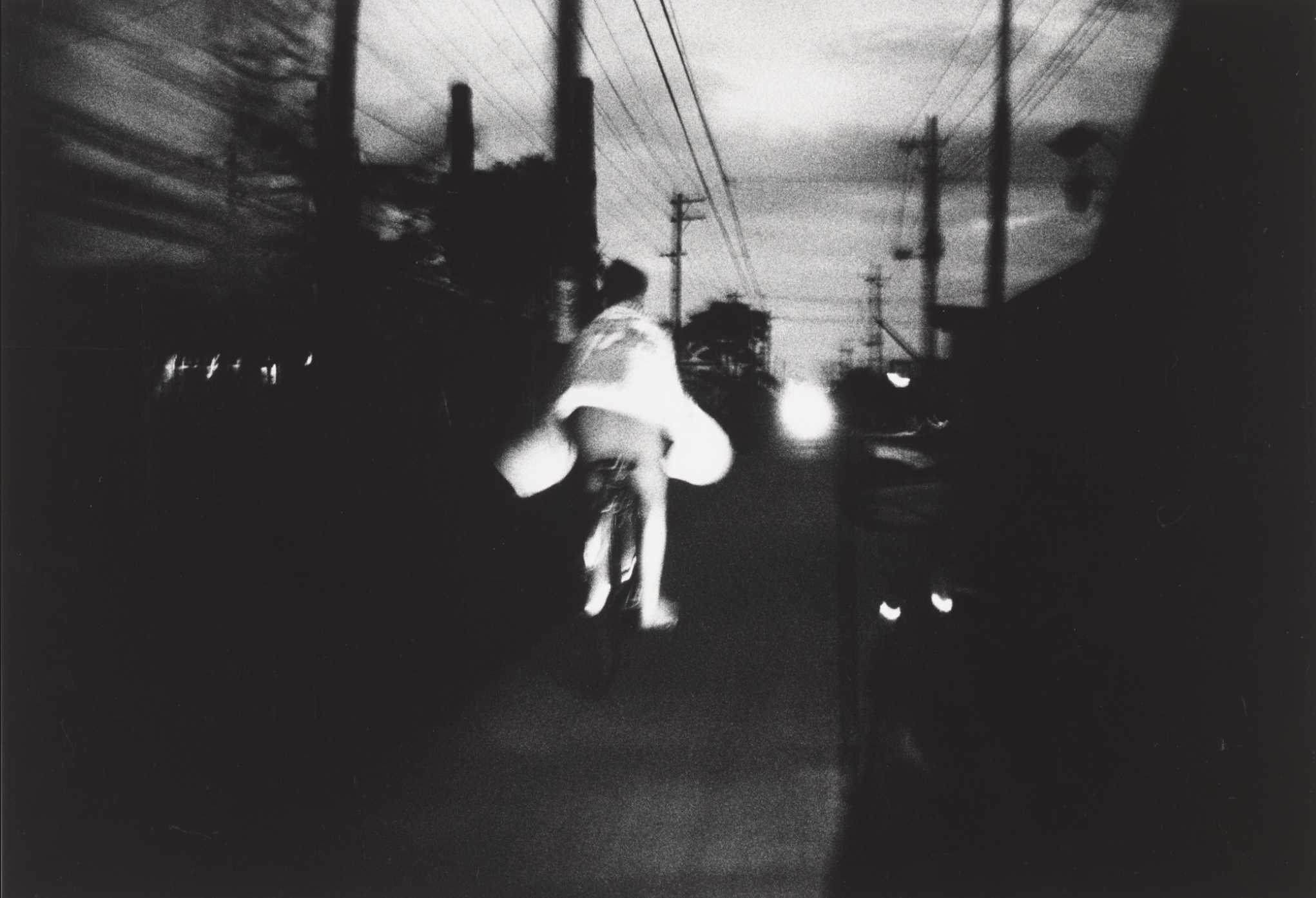 He has also worked in New York but Tokyo has a special place in his heart and it is where he explored as a “wandering dog” scenes of ordinary daily life in the Shinjuku special ward, a captivating and stimulating place as often is for locations that have a bad reputation. Even though he has worked for some magazines and on commission, Moriyama finds himself more comfortable with the definition of “amateur” for personal and subjective reasons that have dictated his style and because he has never intended himself as a photo-reporter or his photography as documentary. He is mostly famous for his black and white photography characterized by strong contrasts, a stylistic ideal that defined his works since the beginning of his career, but in his production there are  also some notable shots in color where often he highlights one dominant color, like pink or violet, which according to Moriyama better represent the trivial and vulgar aspects of some scenes. He achieved success immediately after the publication of his first collection Japan a Photo Theater in 1968, followed by 180 more, among them are certainly worth mentionin Farewell Photography (1972), Hunter (1972), Mayfly (1972), Another Country in New York (1974), Light and Shadow (1982), A Journey to Nakaji (1987) and  Lettre à St. Loup (1990). According to the photographer the book is an actual means that enables him to express himself and through which, at the same time, he can share his passion and devotion for the multisensorial universe of the city. 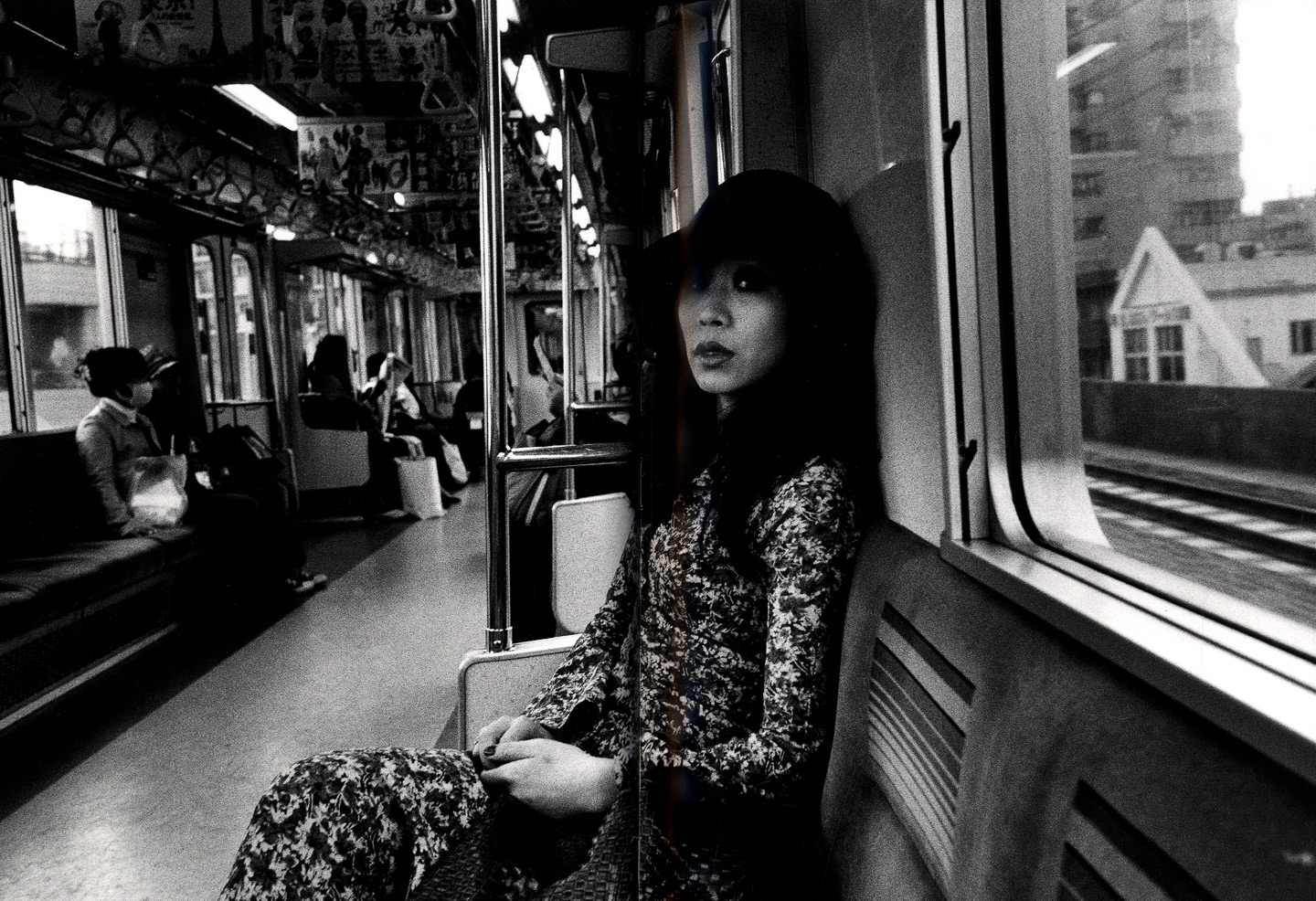 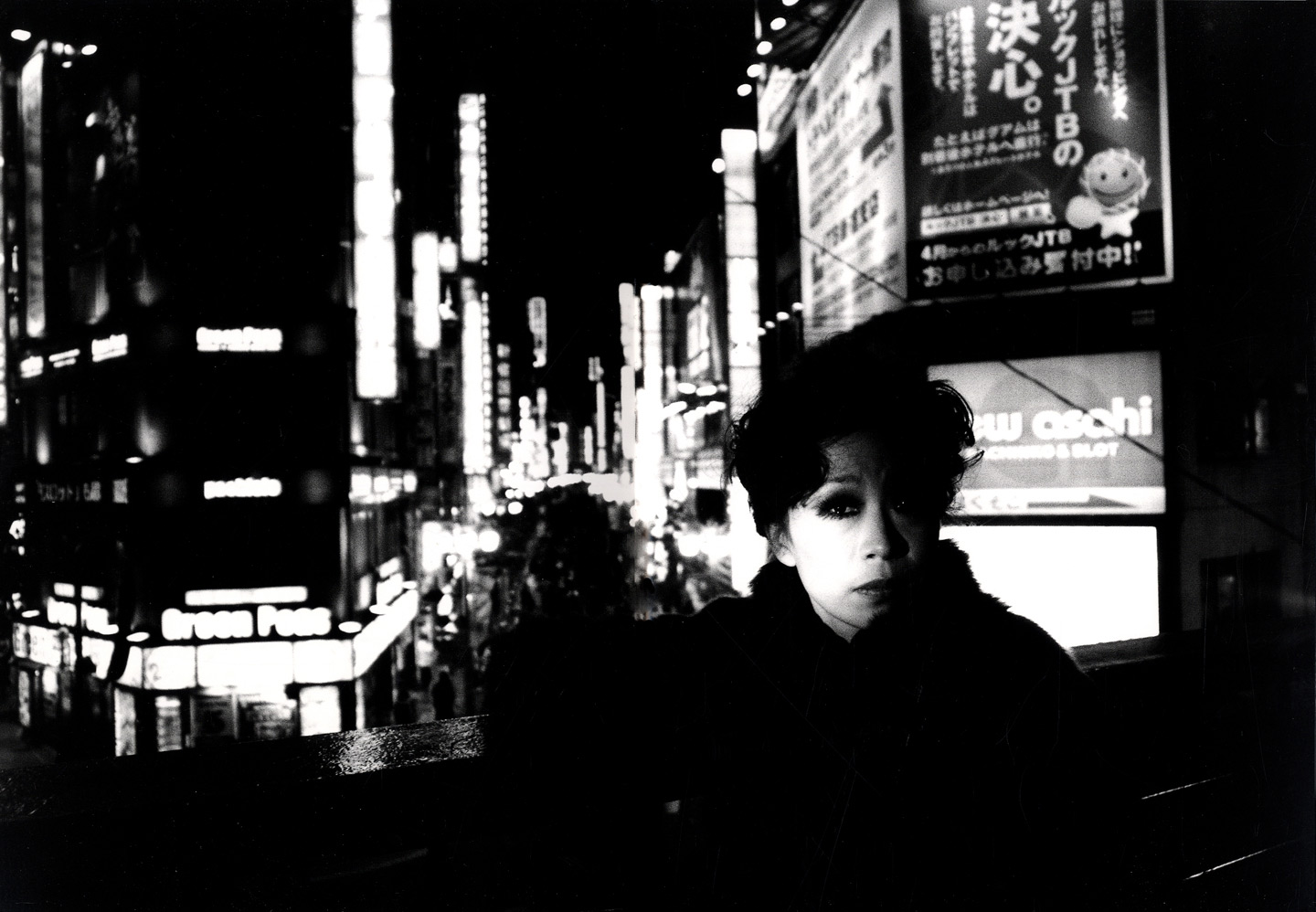 Going through his vast production one can’t help noticing how there are subtle references to other artists, particularly in some of the recurrent themes, like the lips in Untitled (2001), a clear allusion to Warhol from whom he also takes the repetition in series and his passion for shoes. Or as in Tights where we can see Kértesz’s Distorsions. He also relates to surrealist photographers and especially to Man Ray, in his attention for hands, eyes and legs which he incorporates in his stylistic form. Nowadays Moriyama is considered one of the most influential street-photographers in the world; he has been the protagonist of important retrospectives in many of the principal museums, we can mention the exhibition at the MoMA in New York (1974), at the San Francisco Museum of Modern Art (1999), at the Fondation Cartier pour l’Art Contemporain (Paris, 2003 and 2016), and in 2012 the Tate Modern in London featured him in a joint exhibition with William Klein. His works are collected by major institution such as the Getty Museum of Los Angeles, the Centre Pompidou in Paris and the Metropolitan Museum in New York. Recently during the 2018 edition of Paris Photo he was honored by the French Minister of Culture Franck Riester with the Knighthood of the Ordre des Arts et des Lettres.