Based in Berlin, Shiota (b. 1972, Osaka, Japan) is best known for her immersive installations, such as The Key in the Hand, with which she represented Japan at the Venice Biennale in 2015. Using thread to ‘draw’ in three dimensions, she weaves intricate networks of yarn into and across spaces. Personal experiences are the starting points for her works, which explore the relationships between the body, memory, life and death. 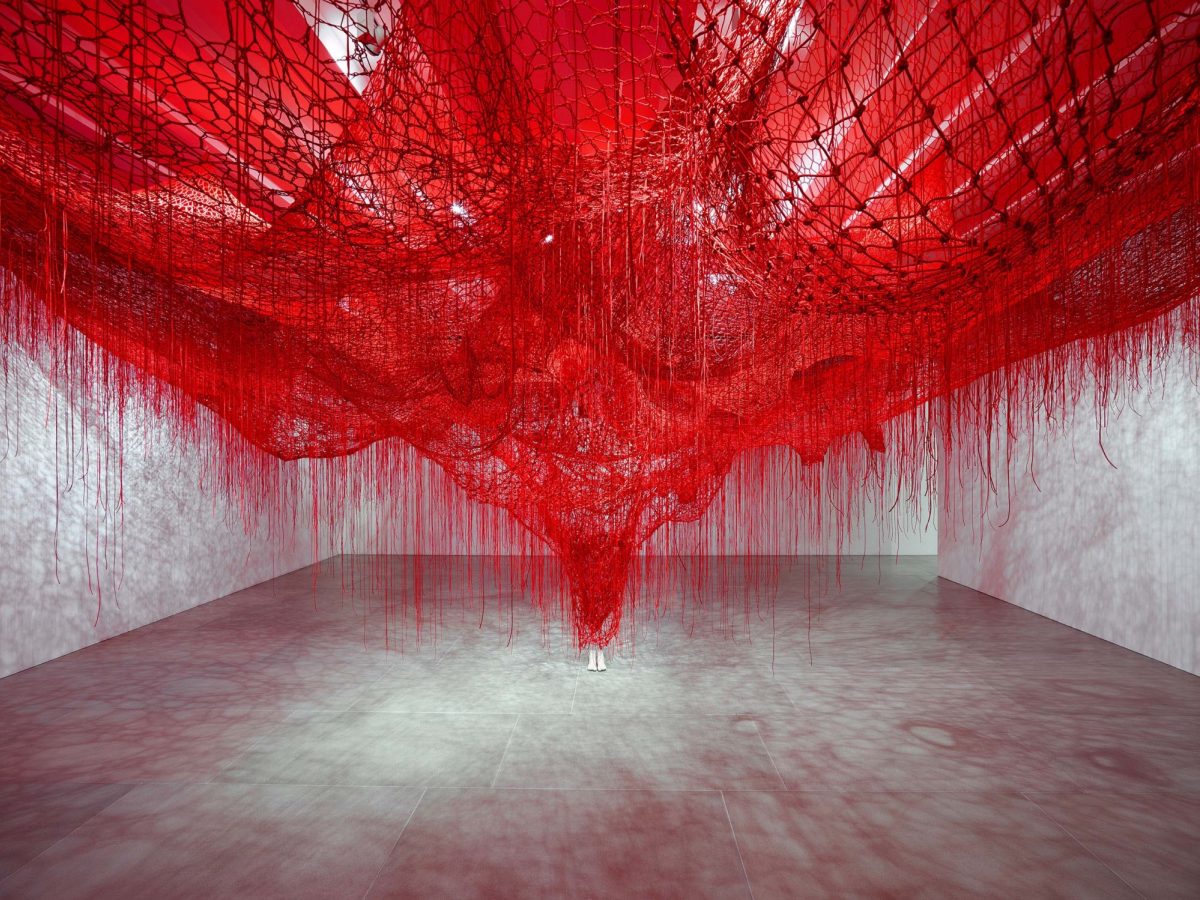 The titular installation Me Somewhere Else continues Shiota’s exploration of thread as a medium but hereshe utilises the material in a markedly different way, using her fingers to knot red yarn into a vast net.Suspended from the gallery ceiling, the net is a billowing mass which rises from a pair of feet that rest onthe floor below. Cast from the artist’s own feet, their solidity and permanence contrast with the usuallyephemeral nature of her installations. The colour of blood, the red yarn is laden with symbolism, for the artist it alludes to our connectedness to each other, the interior of the body and the complex network of neural connections in the brain. 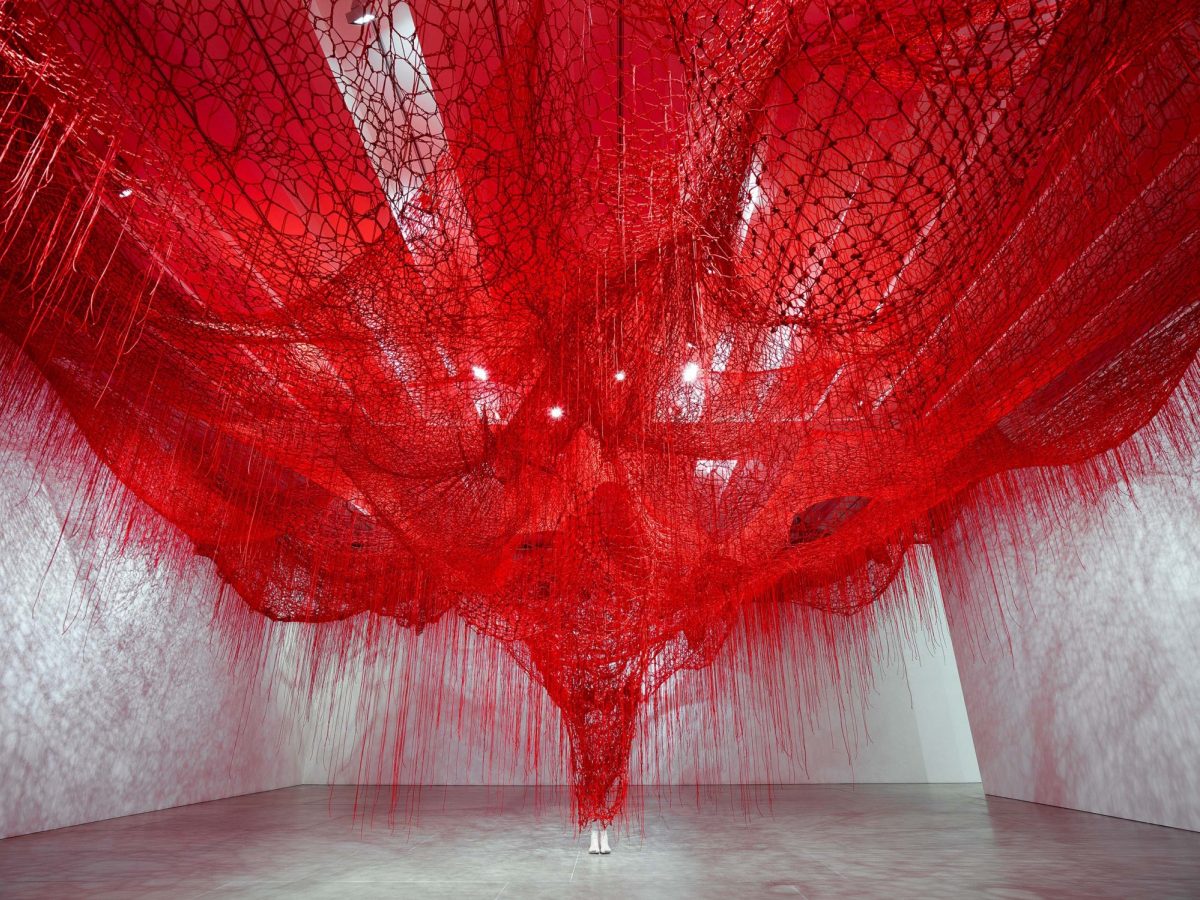 Complex questions arise around the relationship between the body and the mind; neurons firing andcausing the body to react before a conscious decision been taken has implications for cognisance. With Me Somewhere Else Shiota seeks to examine the idea that human consciousness could exist independently of the body, somewhere beyond – somewhere else. ‘I feel that my body is connected to the universe but is my consciousness as well? When my feet touch the earth, I feel connected to the world, to the universe that is spread like a net of human connections, but if I don’t feel my body anymore where do I go? Where do I go when my body is gone? When my feet do not touch the ground anymore.’ 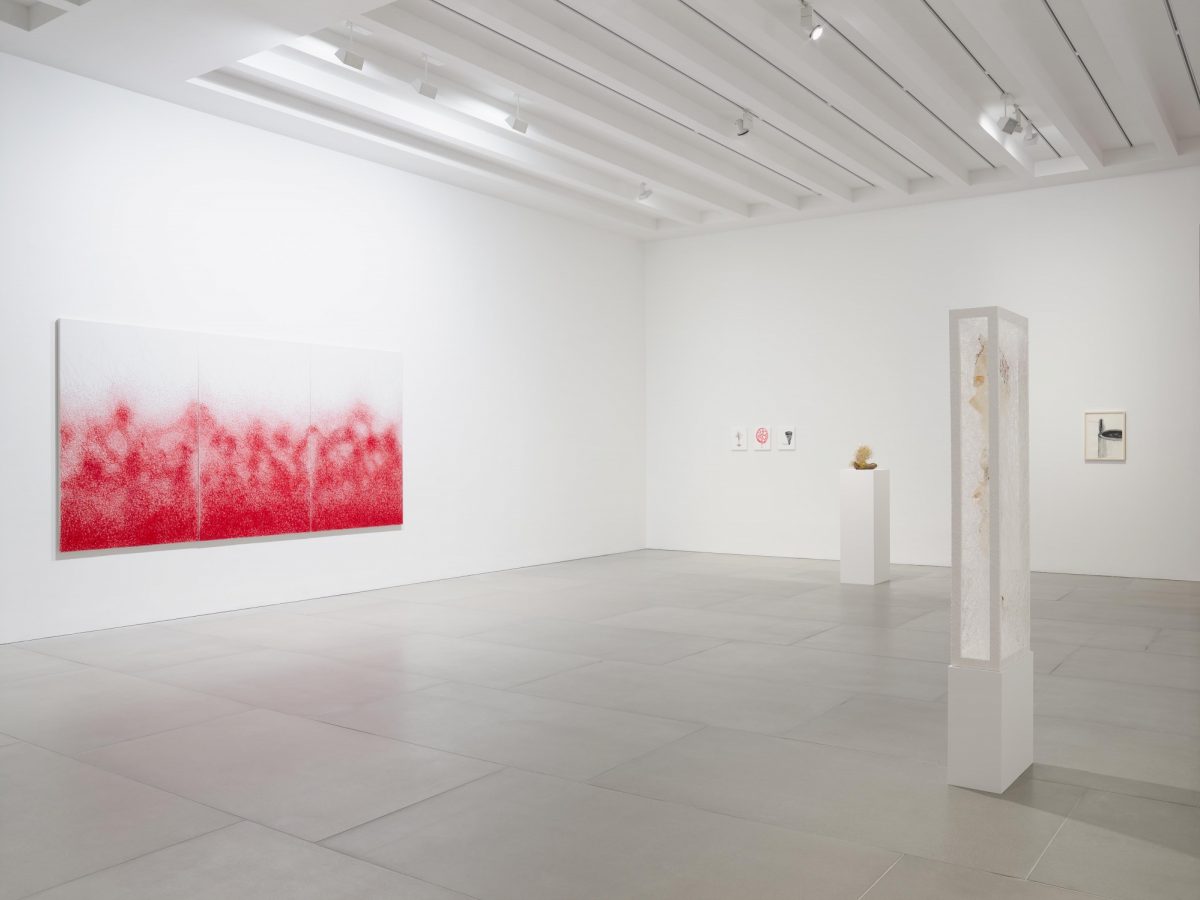 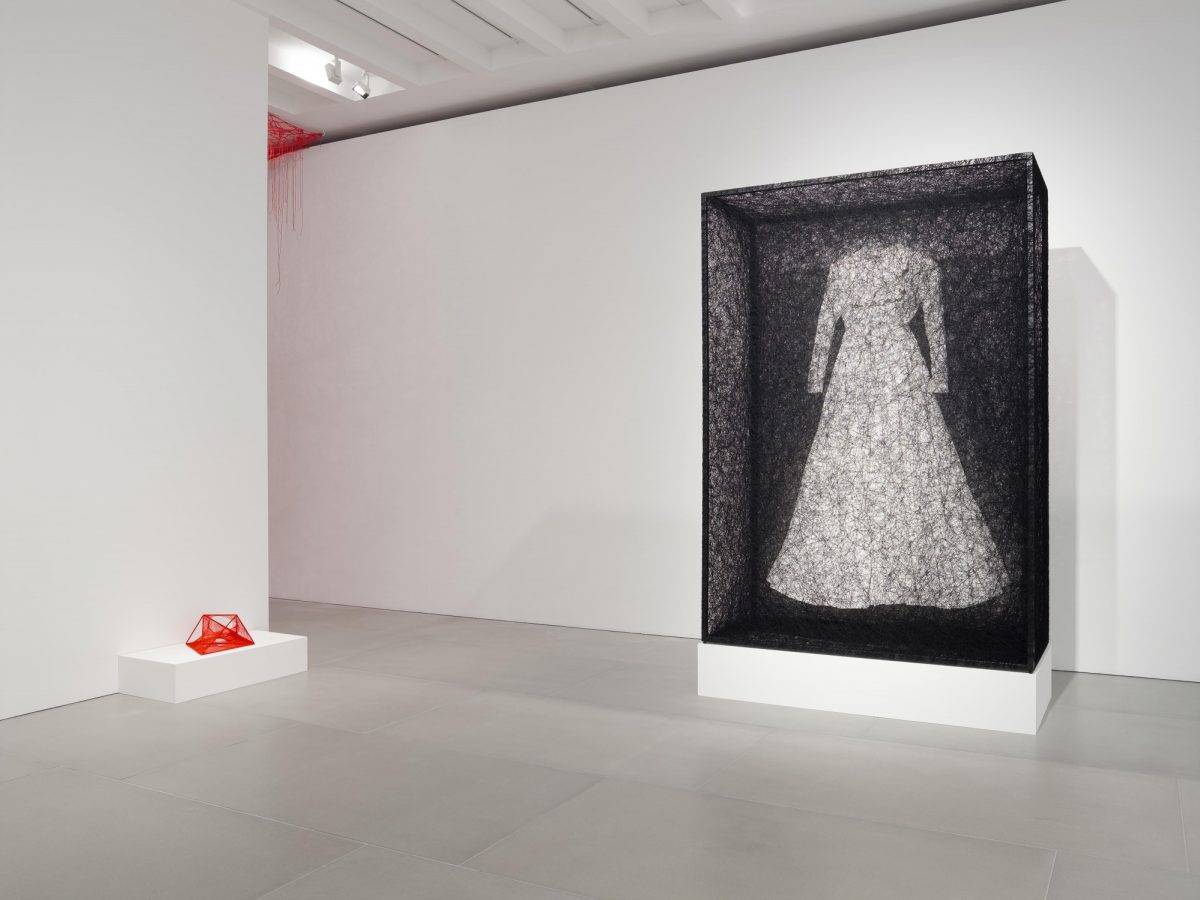 Elsewhere in the exhibition the geometry of new rhomboid sculptures echoes that found within her web installations, where seemingly haphazardly interlaced strands are in fact a network of triangles. Two dimensional canvas works further explore the artist’s use of thread as a medium. Shiota studied painting early in her education but restricted by the use of canvas and paint, she began using her own body in performance pieces, and later began to use thread as a mode for formal and conceptual expression. It allowed her to remove her physical presence yet still address the ideas that are central to her practice. Her canvases can be viewed as this journey coming full circle. 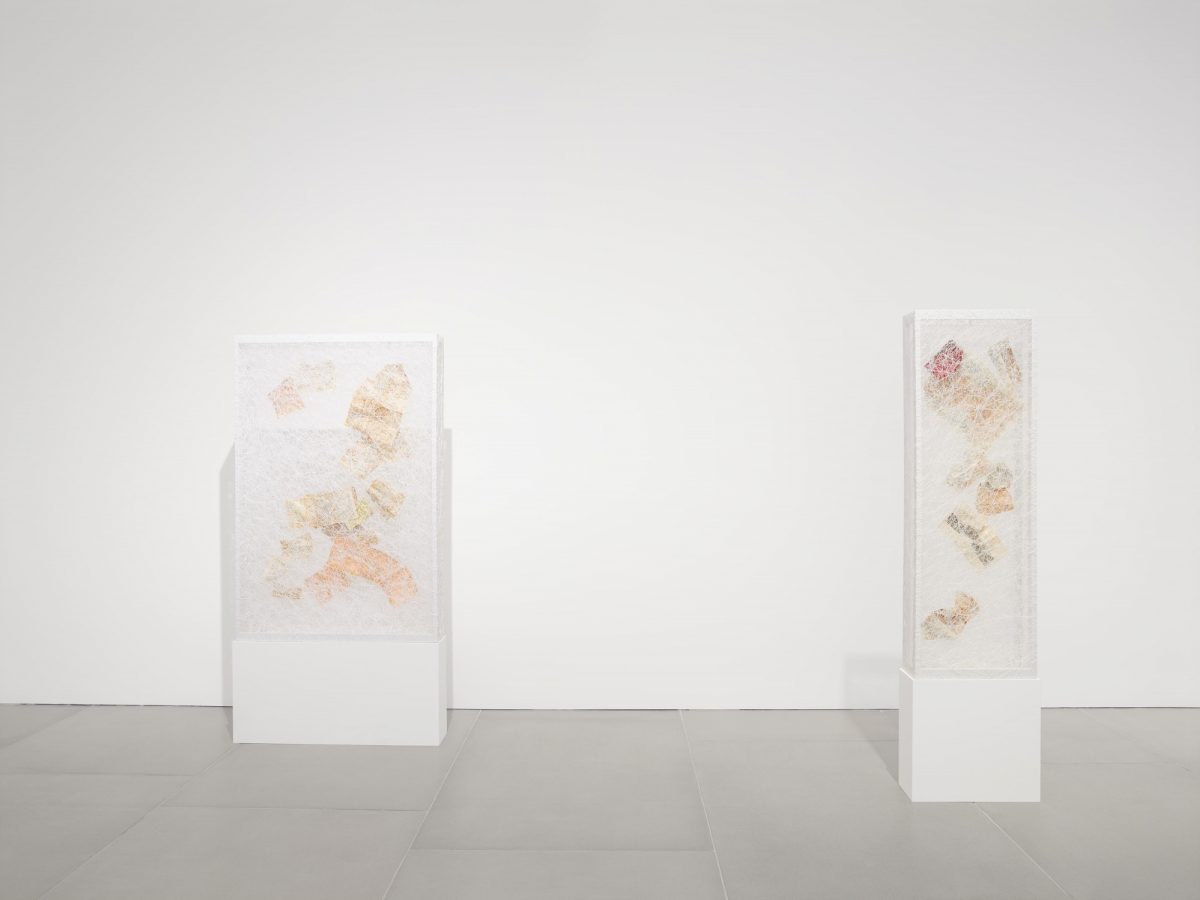