PARIS PHOTO 2018: the 22nd edition of the International Art Fair of Photography in Paris

PARIS PHOTO 2018: the 22nd edition of the International Art Fair of Photography in Paris

“…and France is historically the country of photography”, said in an interview Florence Bourgeois, director of Paris Photo and head of the event together with the artistic director Christoph Wiesner. And we have to agree with her, considering it was in the “hexagon”  that the medium was officially invented not too long ago, in 1839. Since then photography has evolved greatly and, according to Bourgeois, it’s destined to have an even more prominent role in the art market in the future with its expansion in the far east. 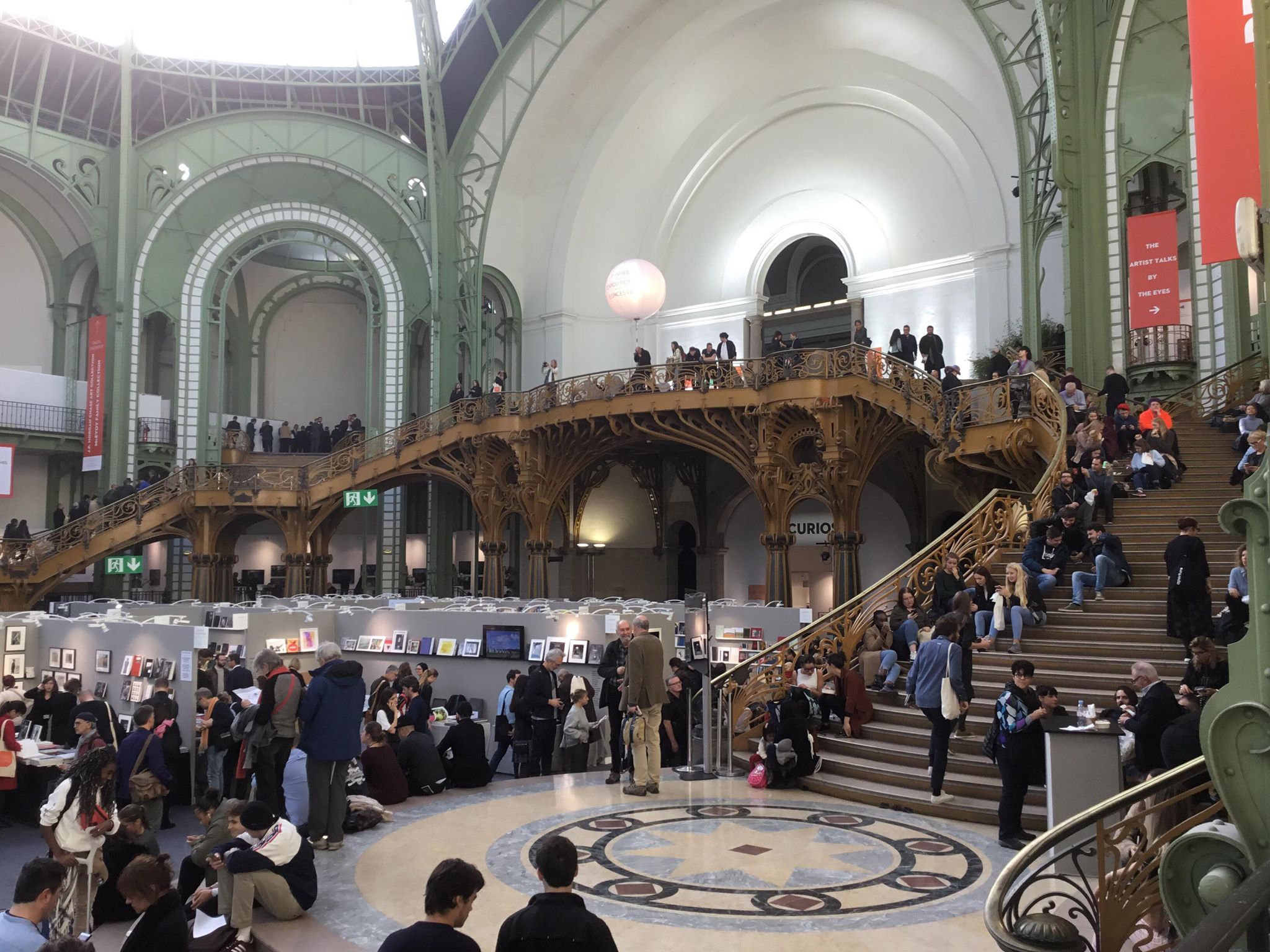 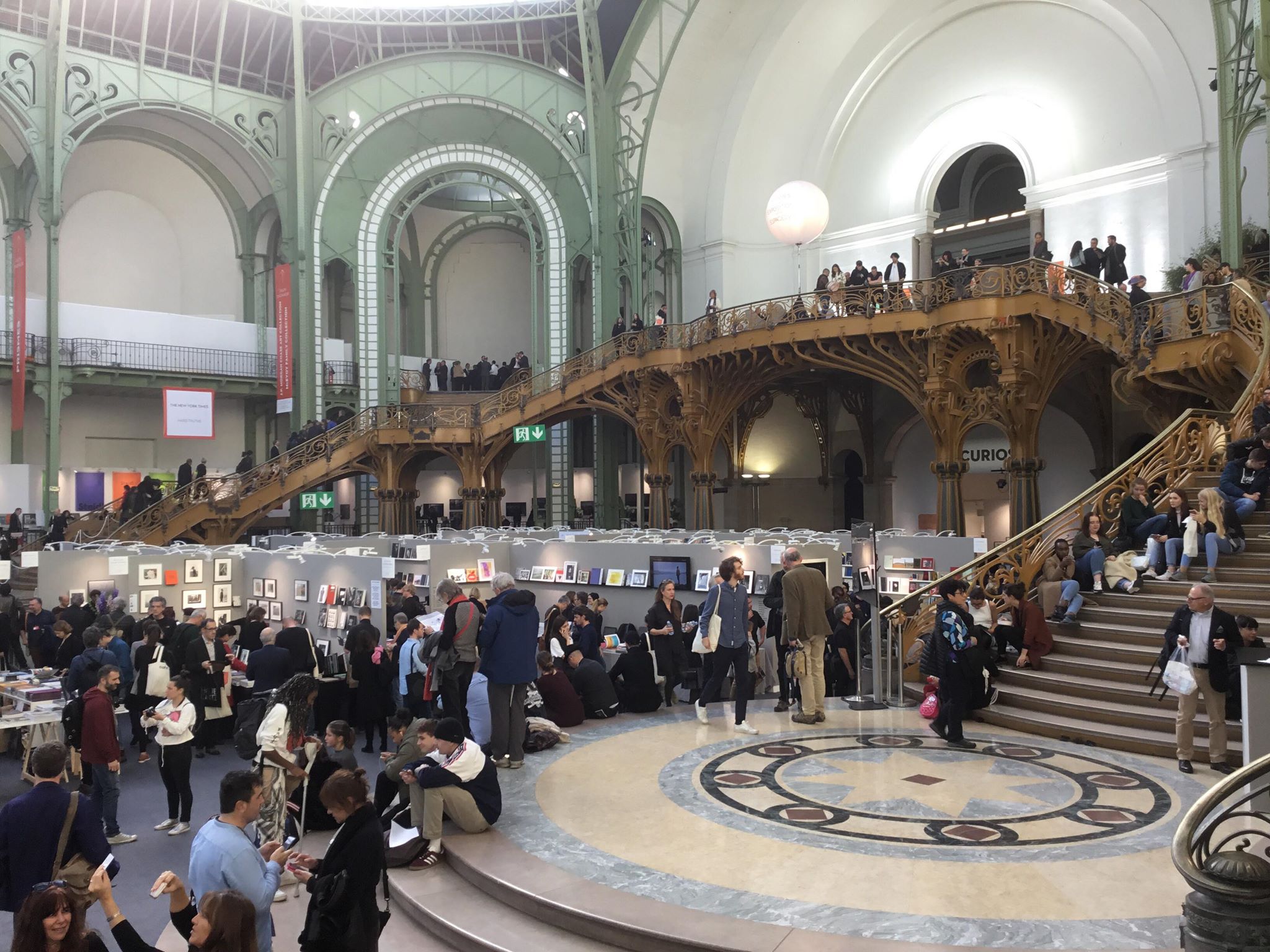 The 2018 edition of Paris Photo is home to 167 galleries and 31 international publishers, introducing a new sector, “Curiosa”, and a new project, “Elles x Paris Photo” which replaces the collaboration with Karl Lagerfeld featured last year. The selected galleries are mainly from France, Britain, USA and Germany but there are also some representing Japan, from Latin America and Africa. Compared to the FIAC the Italian presence is less prominent but there are plenty of Italian artists presented by international galleries. Director Bourgeois would like to emphasize the educational role of the Fair, here galleries become like museums especially thanks to the fact that many of the exhibitors chose to display “solo-show”; this brings a new function to the event, it’s not just a “business machine”, as sometimes it was called  in the past, but also a cultural, informative and didactic route through which the visitors can discover and learn about the history of photography. 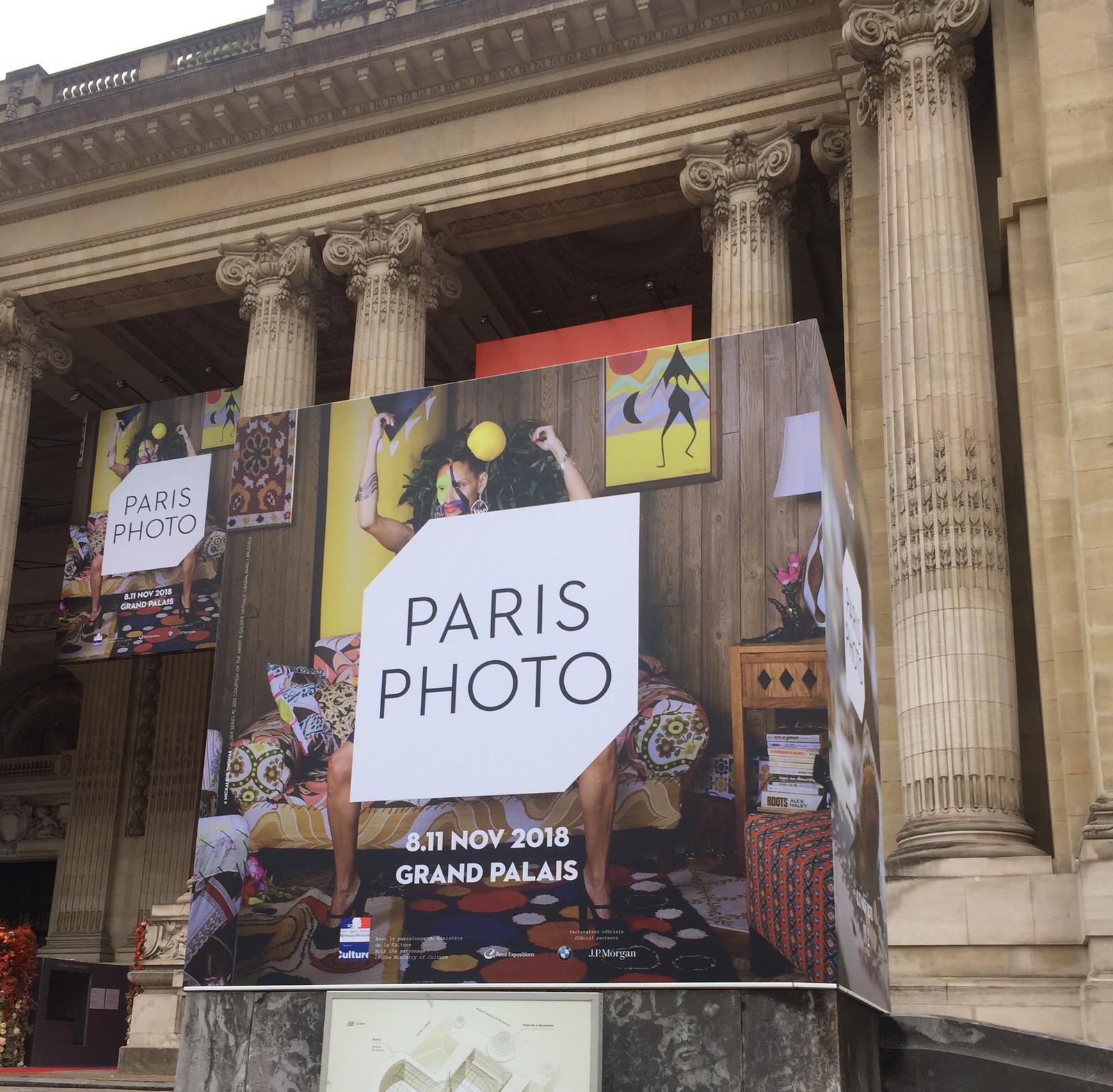 Yes, because at Paris Photo one can find every era of photography, sometimes even presented in a “mélange” of artistic styles and periods that are captivating. This was the case for many exhibitors, among them we can mention Richard Saltoun (London) which chose to display Ulay, Gina Pane, Elisabetta Catalano and Eleanor Antin; Peter Fetterman (Santa Monica, USA) with H. Cartier-Bresson, Jacques-Henri Lartigue and Sabine Weiss; Fraenkel (San Francisco, USA) among this line exhibits Robert Adams, Diane Arbus, Richard Avedon and Sophie Calle. A unique setup was presented by Gagosian Gallery which chose to develop a narrative theme with Andy Warhol and his Factory as seen through the eyes of Avedon, Peter Lindbergh, Patti Smith and Douglas Gordon. Hans P. Krauss Jr. (New York, USA), as in last year’s edition, remains faithful to his choice of displaying the pioneers of the 19h century, like Nadar, Roger Fenton, Eugène Atget and Julia-Margareth Cameron. A lot of attention is given to the works of female photographers thanks to the project “Ellex x Paris Photo”, created by Fannie Escoulen with the support of the French Ministry of Culture; almost every gallery has one or more photographers on display and, among them, the curator has selected some shots which will be featured in a new publication:  Germaine Krull, Lucia Moholy, Vivian Maier, Sara Facio, Helen Levitt, Martine Franck, Francesca Woodman, Cindy Sherman, Karen Knorr, Agnès Geoffray, Agnès Varda and Lisa Sartorio are only a few of the names which are included in this project which aims to address the need for gender equality. 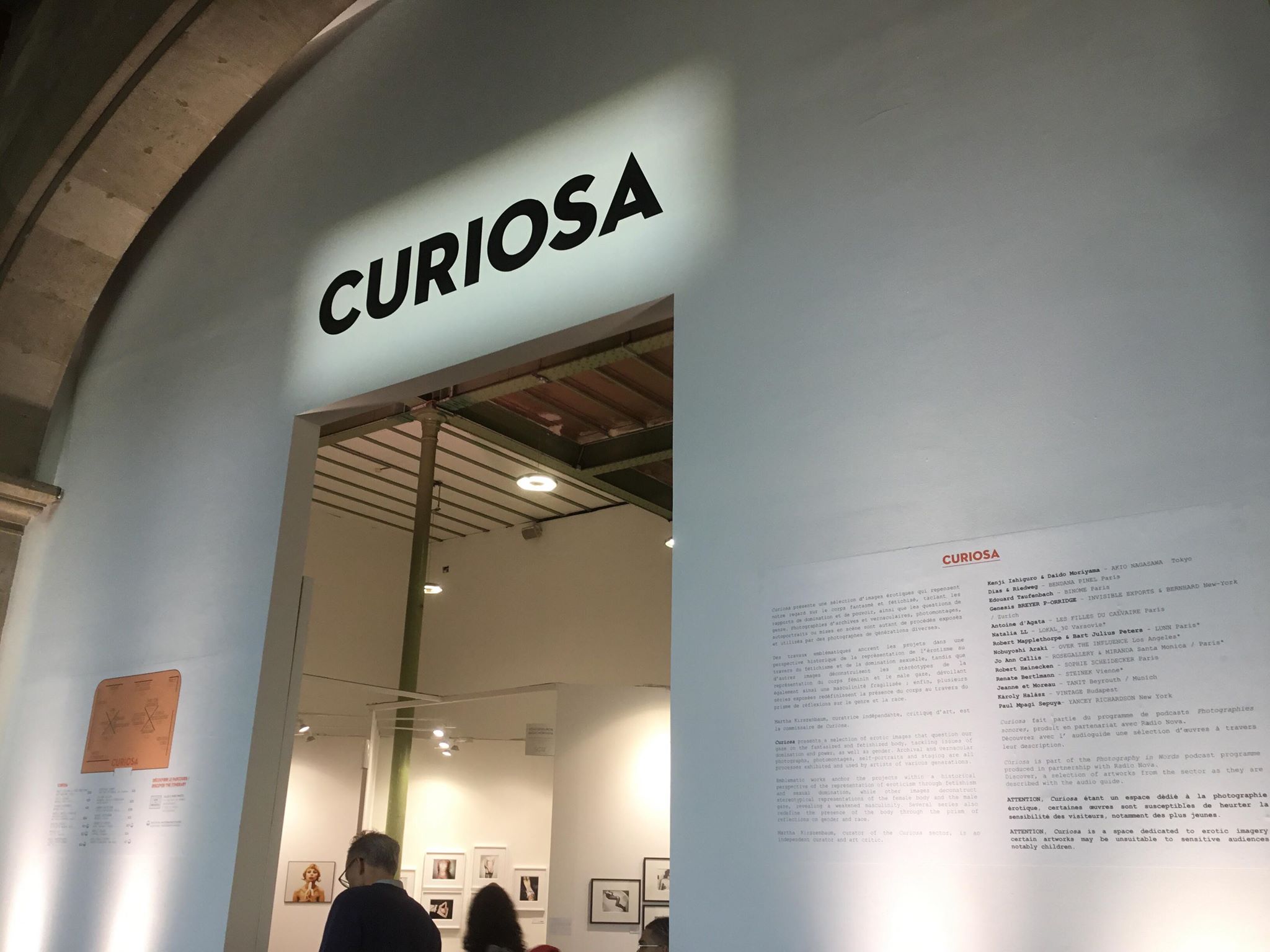 Another new element is the “Curiosa” section, which in its first year is devoted to erotic photography and curated by Martha Kirszenbaum. Here the shots of feminist artist Renate Bertlmann (Galerie Steinek, Vienna) stand out, she will also represent Austria at the next Biennale in Venice in 2019. For the organizers Paris Photo 2018 is very much marked by documentary photography; more and more exhibitors display artists who chose to confront themselves with social themes, we can mention for example Guy Martin and Simon Norfolk (Benrubi, New York, USA), Taysir Batniji (Éric Dupont, Paris) and especially the multi award-winning James Nachtwey, featured with a “solo-show” at the Contrasto Galleria (Milano, Italy) where visitors can admire the shots of one of the most famous and celebrated war photojournalist of our era. 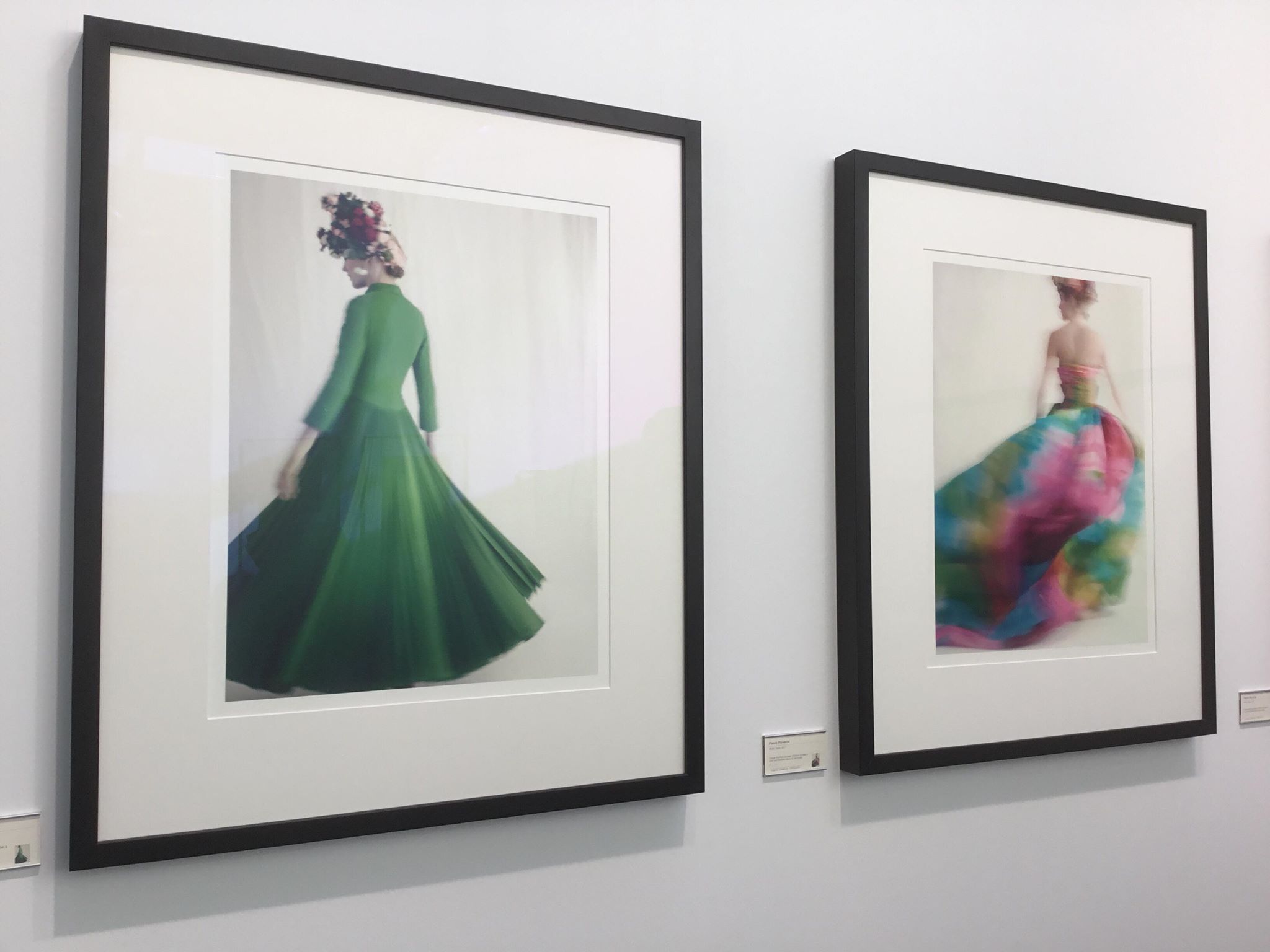