Shara Hughes refers to her paintings as psychological or invented landscapes, a term that derives from her working process and describes the way her paintings are created only in the very moment of painting. Hughes states that during painting, her works are created purely from the inside; this inside, however, is strongly informed by a deep knowledge of art history as well as the work of contemporary peers, as her frenetic colors and vibrant brushstroke, encompassing everything from monochromatic fields to harsh strokes and dots, show. Fin de siècle styles, such as Fauvism, Art Nouveau, or German Expressionism, appear in her work alongside traces of contemporary painters such as Carroll Dunham, Sanya Kantarovsky, or David Hockney (a series of her paintings and drawings operates as an analog version of Hockney’s iPad drawings). 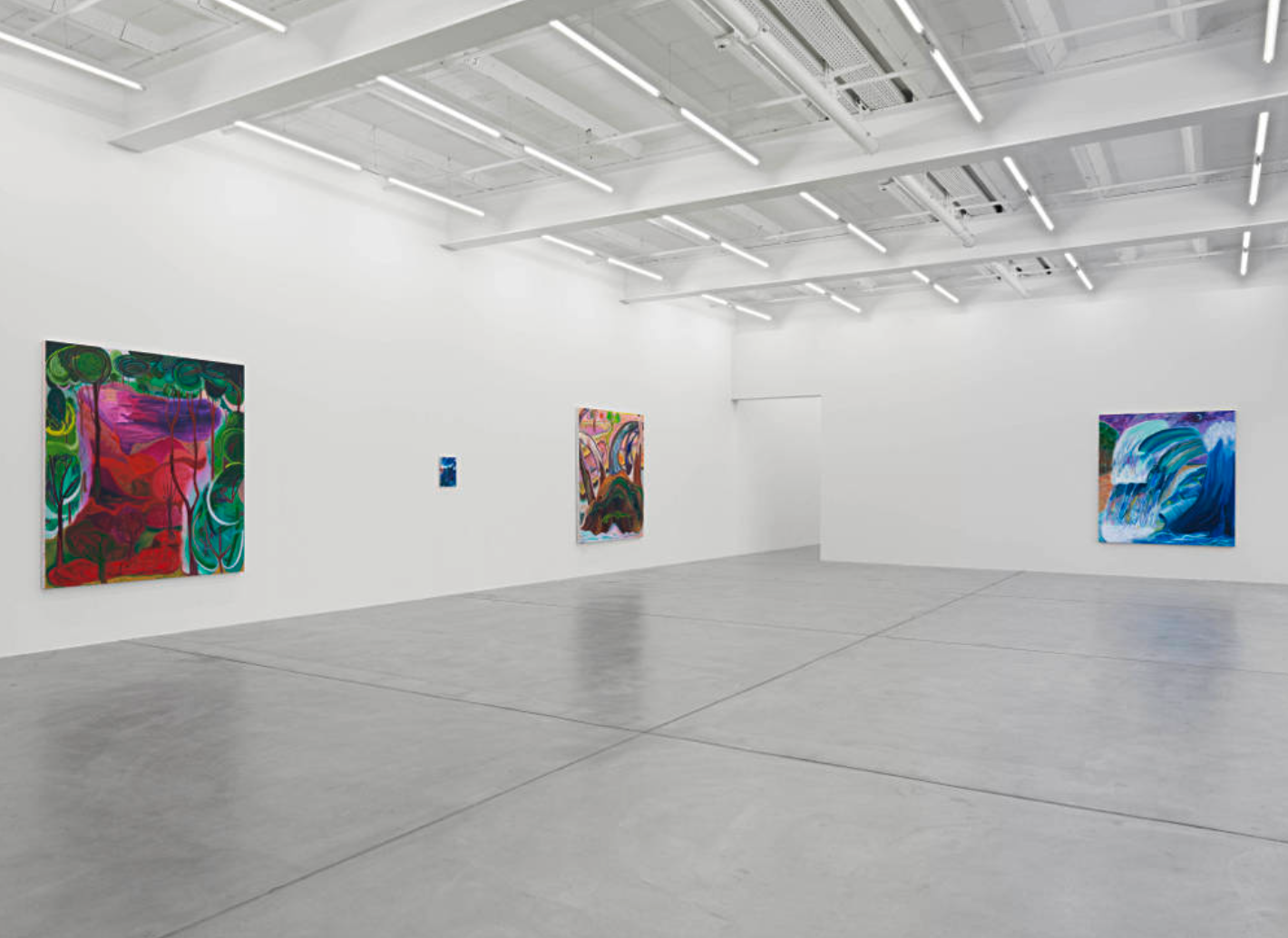 Hughes takes the title of her show from everyday language: “Don’t hold your breath”, meaning: Don’t count on it, don’t try to predict the future. But while change is scary, no change might be even scarier, as Hughes knows very well, that her paintings are, by the very process of their creation, firmly set in the contemporary, in the potential for everything to happen and in the impossibility to predict what will actually happen. This ambivalence of starting from scratch, with no limits or directions defined, while time moves forward and the outcome thus sooner or later begins to show, mirrors in her working process: Hughes usually starts with a blank canvas, on which she applies paint in a playful, undirected way. Only after letting forms and colors get out of control, Hughes starts to create an actual work – to deal with the out-of-control, using different materials, such as spray paint or diluted colors, as well as different painting techniques. Her expressive brushstroke, viscously applied colour fields, pointillism- resembling thin dots, and more than generous colour palette create the impression that more than one person had been working on any given painting. In dealing with an initial, formative disorder, Hughes builds her pictorial narratives, resulting in a complete whole. 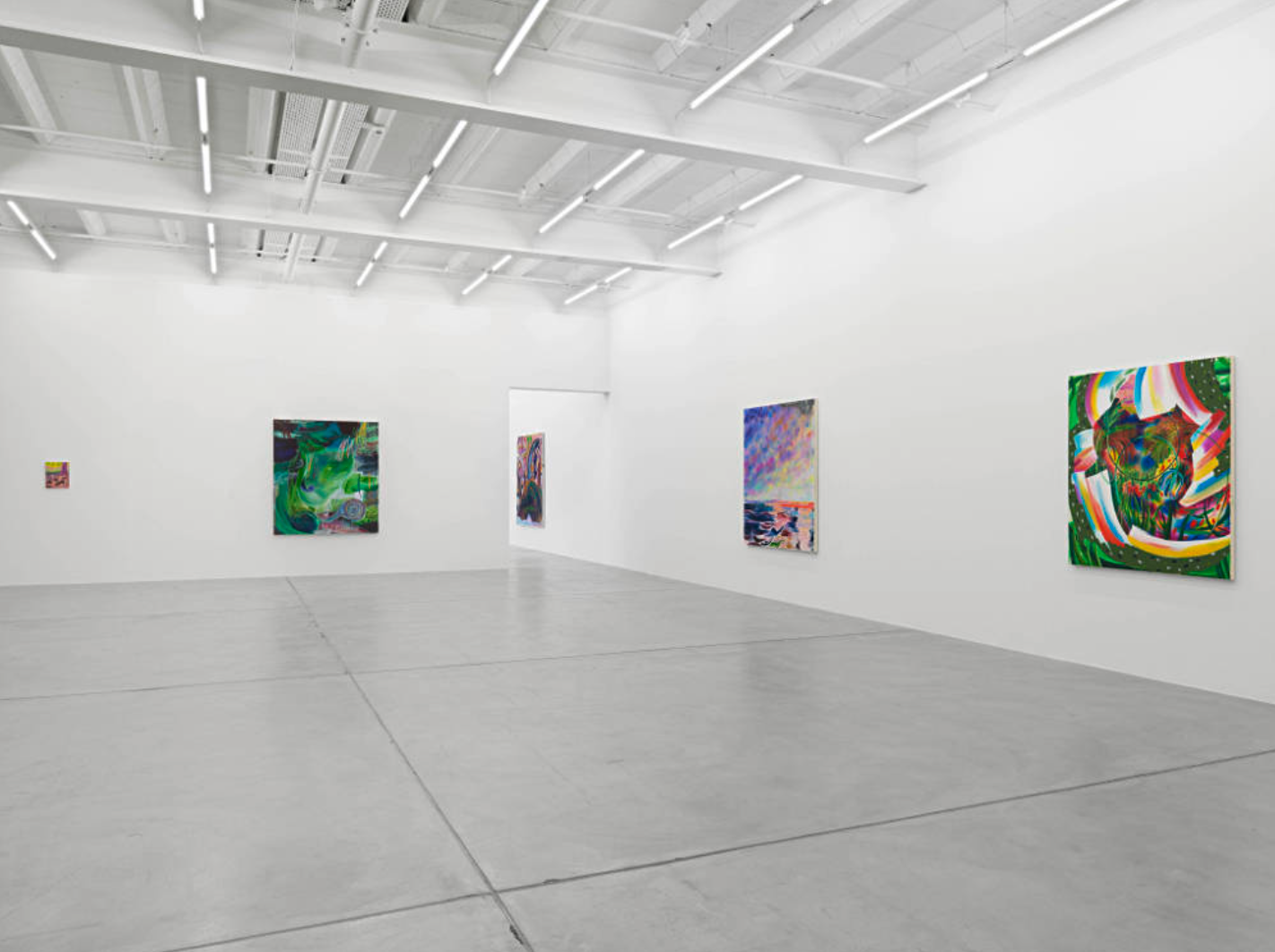 Another Little Corner, for example, is divided into two parts, each of them rendered in one of the two complementary colours red and green, ranging from vermilion to purple on the one and from mint to bronze on the other side. In this dialectics, Hughes seems to have found a safe space within the harsh color contrast and the manifold parts of the image. But where this space is located exactly – whether in the center of the painting with its nervous colors or in the soothing surroundings – remains unclear. In At The Break, Hughes formulates another binarity. The painting shows a wave right at the ambiguous moment between turning into something exciting or something terrifying – depending on what one would choose to see. Good At Compartmentalizing is, on the one hand and by its title alone, an ironic nod to others commenting in the artist’s work. On the other hand, the painting shows how Hughes’ compositions oscillate between a formal approach and a narrative urge: It depicts volcanoes at the brink of eruption, but that eruption never happens – the lava is kept at bay, within the mountains, by the artist. Compartmentalizing, a formal category, becomes a natural part of the motive – and of the narration it creates. 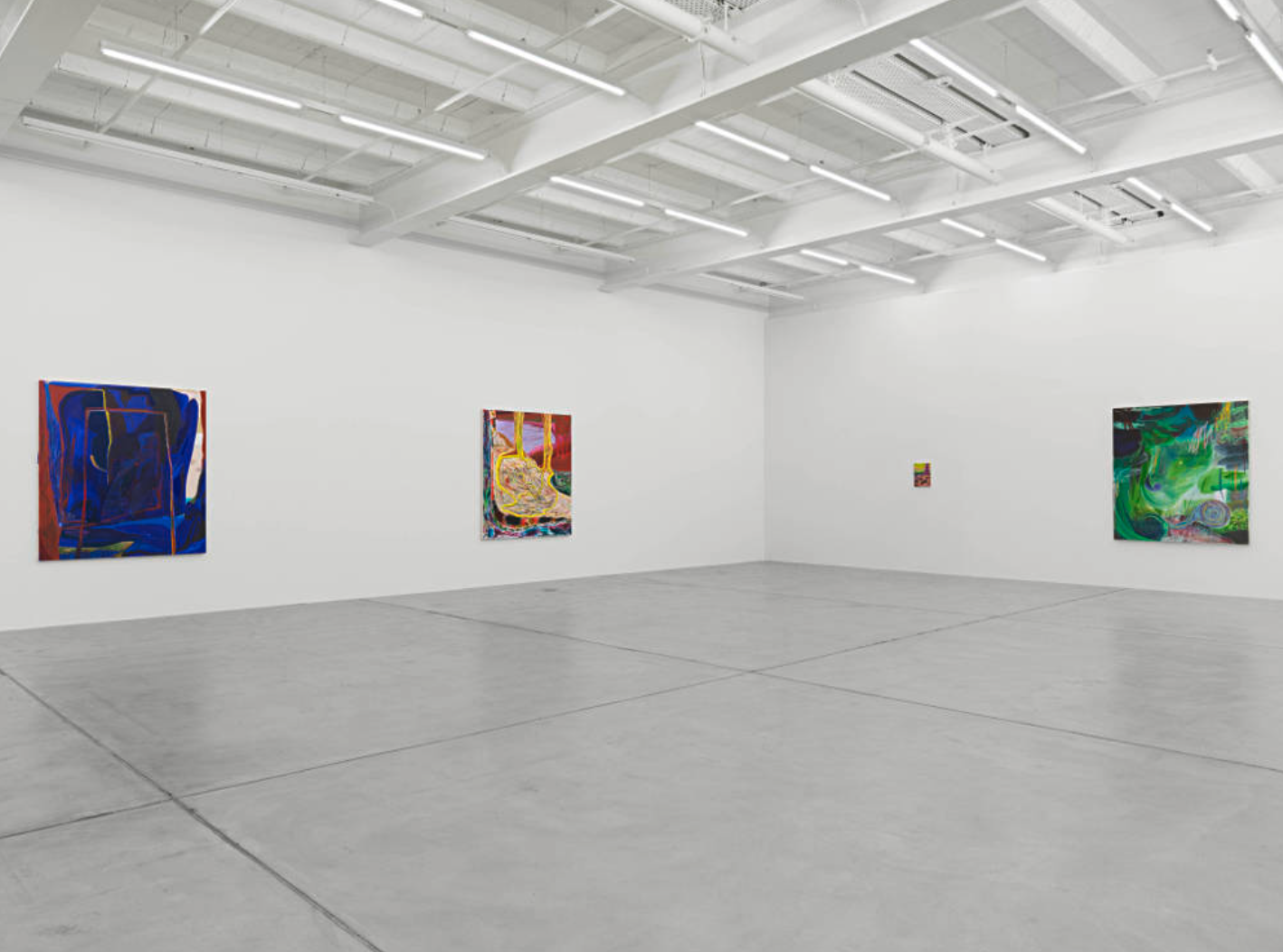 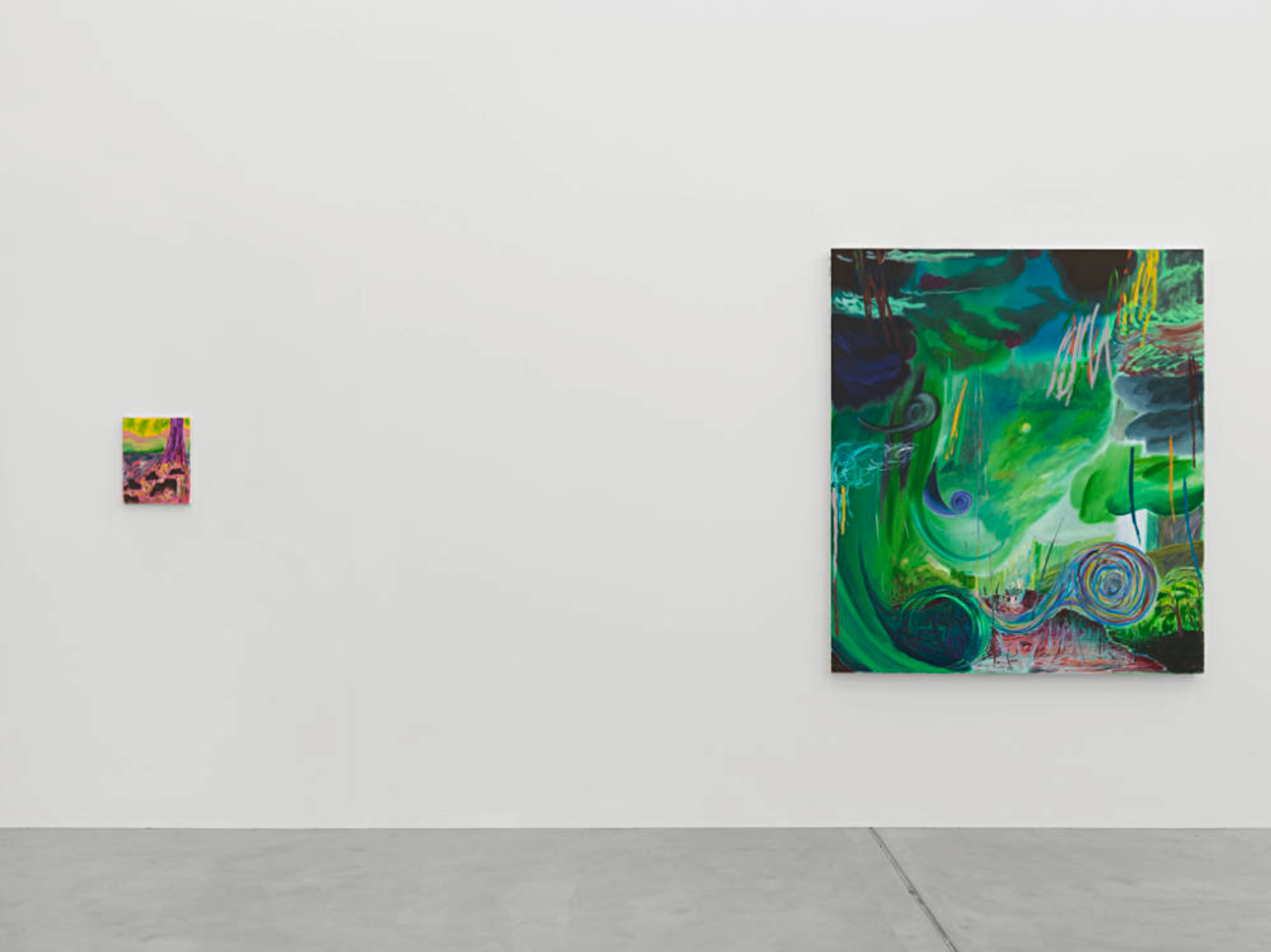 Regardless of their format, Hughes’ landscapes suck the viewer in, inviting them to contemplate – especially because they lack any living figures, human or animal, which could disturb or distract the connection between viewer and landscape. According to Hughes’ definition of invented landscapes, they create an inner cosmos rather than depicting any real landscape. In combining hypnotizing colours and manifold techniques to create the look of a whole team of painters working on her paintings instead of just one artist, Hughes’ works lay bare a paradoxical, layered subjectivity, creating a vibrant utopian now.