Sublimating the natural world in works that both defy and embrace the basic functions of art, Falls’ works record specific moments in time as well as the infinite human impulse to commune with nature. For the series of paintings on view, Falls brings large sheets of canvas into the deepest corners of America’s national parks, covering them with dry pigments and arranging bracken and found flora to create intricate patterns. These arrangements are then left exposed to the elements, where dewdrops, mist, rain, sun and atmosphere activate the pigments. This process, similar to a photogram, records not only the formal qualities of the plant life, but also a semblance of the psychological and climatic substrata that constitute a tenuous definition of ‘place.’ These works, large in a New York gallery but mere blips in the overwhelming space of nature, point to the inescapable omnipresence of the natural world in our lives outside society – the circadian rhythms and innate formal reflexes that determine what might be interpreted as beautiful, optimistic, pleasing, virtuous, ominous, or frightening. That nature itself has been perhaps the most pervasive concern of art since the beginning of mark-making should be no surprise. 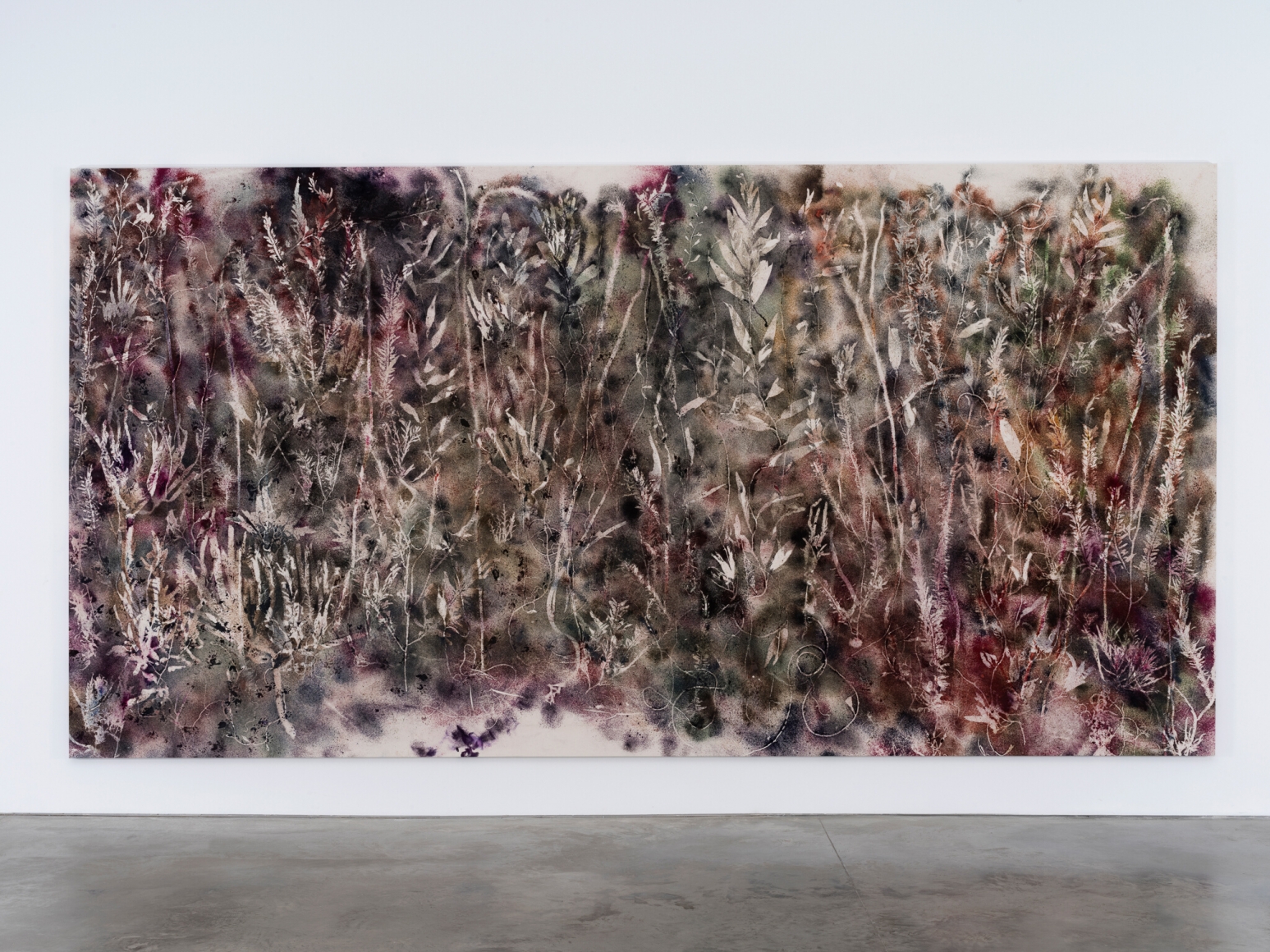 Falls’ works take a stance in opposition to much egotistical and self-referential contemporary practice, asking what of beauty we might have in common as humans. He posits that the answer is art, and painting in particular, bound to its manifold histories of familiarity and exclusivity. Painting also traffics in the subjective delineation between representation and experience, the “ultimate reality” of a bottomless world of simultaneity expounded by theologian Paul Tillich. To this end, Falls also exhibits contextual photographs taken on the margins of the national parks where his paintings are created, depicting the kind of improvisational socialization that occurs “off the grid.” While his paintings are created in the safety and enclosure of remoteness, they must slowly, steadily recombine in the paradigmatic, normative contexts of art and society. These photographs depict monuments to the in-between spaces of disuse and portentous frailty, spaces where representation and nature recombine.