Dmitri Prigov. Riding by bike on the edge of the abyss.

Dmitri Prigov. Riding by bike on the edge of the abyss.

Dmitrij Prigov. Poet or artist? The answer is not obvious. He wrote more than thirty-five thousand poems, thus beating the target he had set for himself as a child. In the nineties, a strange period when the old Soviet world had already collapsed but a new structure had not yet been settled, everybody was swimming in the sea of freedom and uncertainty. Nothing was obvious or definite. Even Prigov took a lot of liberties with his poems: he imitated the best poets of Russia and elsewhere, often making fun of them. For example in the verses of Pushkin he replaced all the adjectives with “marvelous” (in the style of Lermontov) and the amazed audience perhaps for the first time succeeded in capturing the difference between the two great Russian poets. He composed his own ironic verses on everyday life and on Soviet customs. With these small but incisive poems he performed everywhere, in universities, in concerts, at friends’ homes, always arousing public approval and laughter. 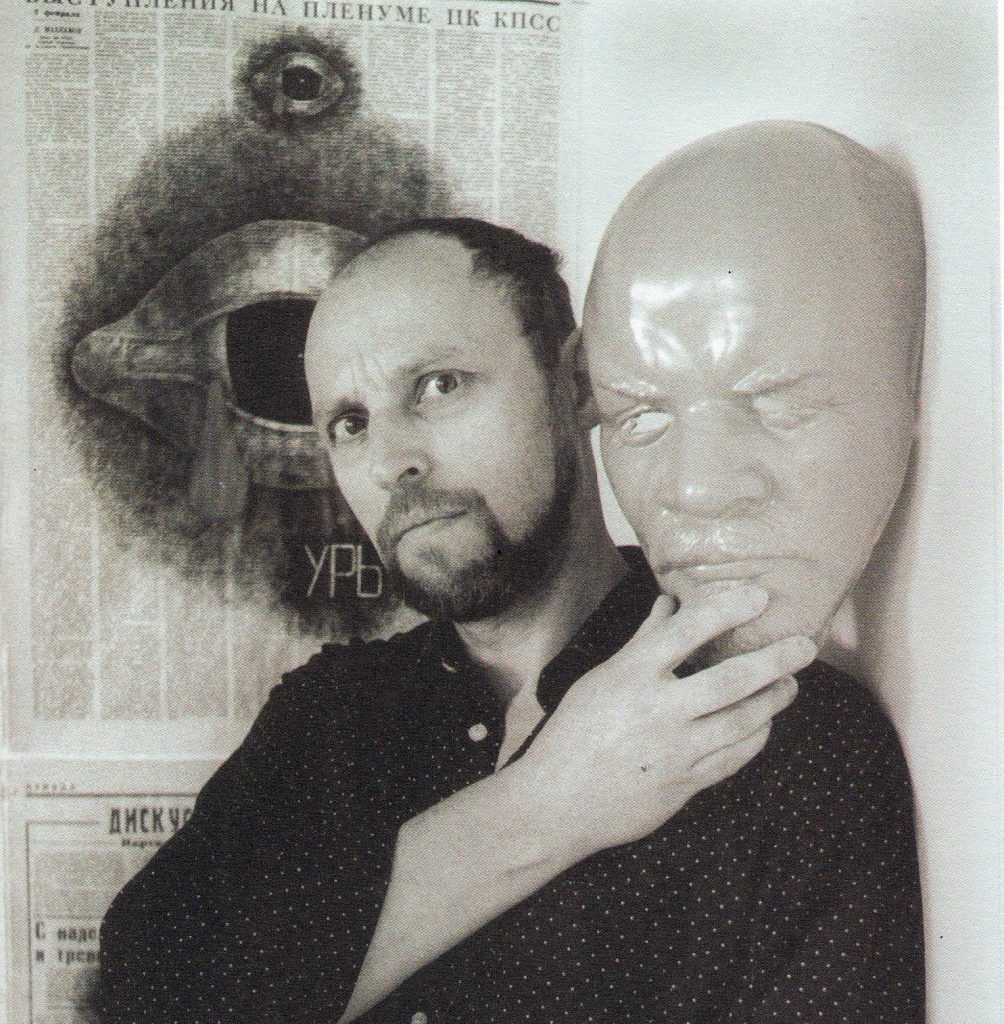 Actually, the end of the eighties and early nineties was a very fruitful period for poetry: there were many poets, but few have “survived” and maintained their success in the following decades. Prigov, indeed, did survive. With his seemingly simple phrases, with his slightly sarcastic spirit he entered triumphantly in the 2000s. The layered texts and the ready-written poems, the ideas displayed in the live performances, all this had, for Prigov as a poet, the aim of bringing literature closer to conceptual and post-conceptual art. 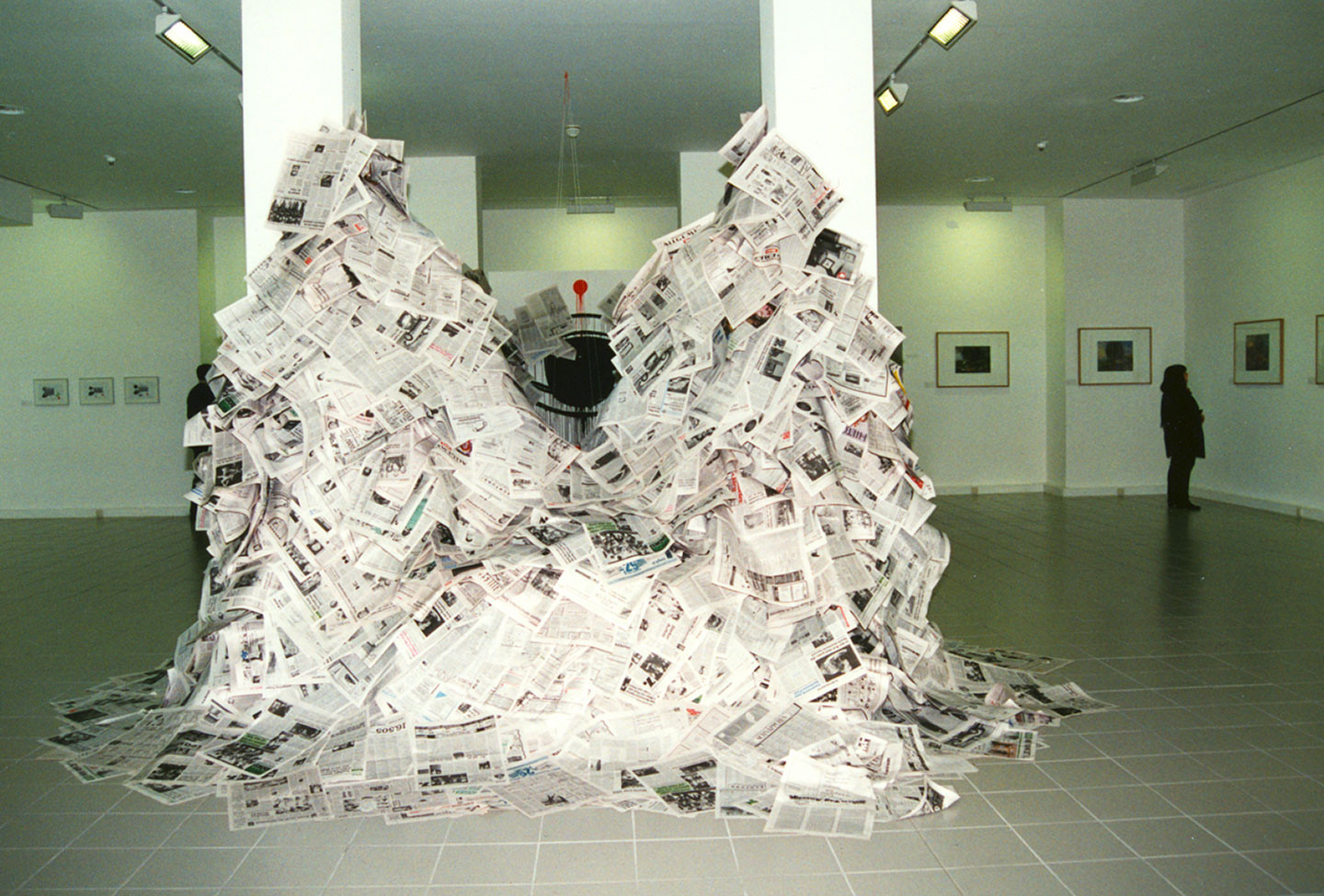 He explained to his unaware contemporaries the meaning of conceptual art. They often, despite their efforts, could not understand the path of his highly educated but complicated thoughts. He spoke of classical art using the concept of the artist dying every time in his works, which does not happen in contemporary conceptual art, where the artist continues to live. Fearing to reveal the classicism of his own culture with the risk that the public could deride him on values deeply important to him, Prigov hid his love for classical music, for opera and in general for classical culture. So he got stuck to futility, sometimes fiercely, becoming a sort of media “clown”. Perhaps he believed that making the audience laugh on unimportant subjects would save him from his introspective soul, where he feared the unknown may rise. A few times he tried to talk about his fears, but he did it badly. People wanted “panem et circenses” and not the psychedelic confessions of an artist so good at amusing them. He was religious in his own way, but he publicly denied religion. He stated “I am afraid of what awaits me beyond life”. He said he saw an abyss ready to swallow him and in order not to be devoured by this black hole, like a frog in a fairy tale that falls into the milk and it’s forced to quickly beat its legs to make butter. 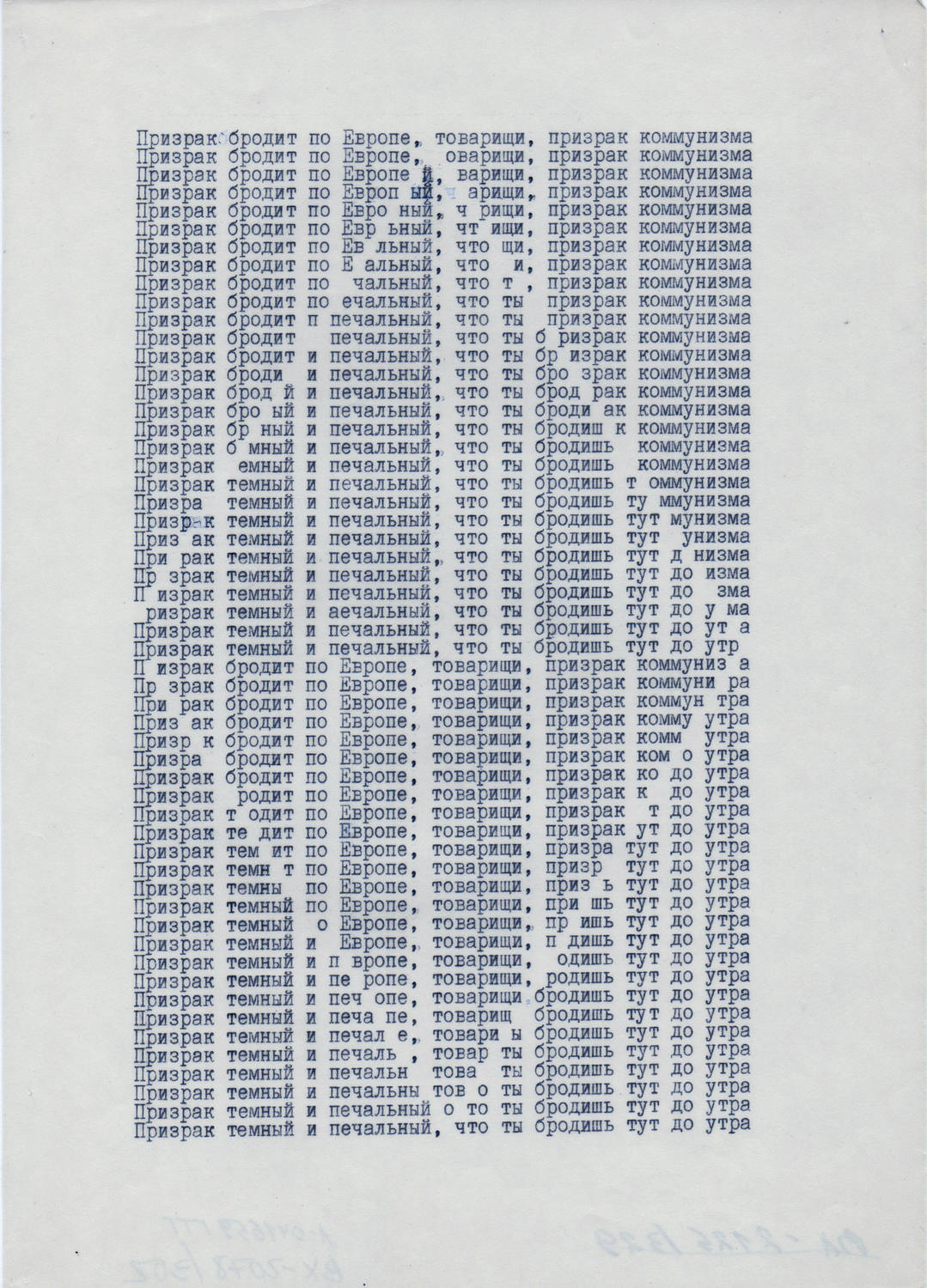 Another time he said that he felt like riding a bike on the threshold of the abyss. The need to keep some truth for himself was inherited from his father, forced to deny his origin: a German in the Soviet Union during World War II. His father was an engineer and his mother a pianist, they gave Prigov a solid classical culture. Born in Moscow just before the war, as a young man he was able to study sculpture in the best artistic Institute of Stroganov, before working at the Department of Architecture of the Government of Moscow. In the seventies he is part of the prestigious Union of Soviet artists and in the eighties he joined the Moscow Club of the avant-garde. Even this contrast between official and nonconformity tells a lot about the complexity of the artist’s nature. Any Prigov performance was always on the “threshold” between literature and visual art: it contaminated, alluded and mixed everything. Even the reading of his texts took place in an emphasized way: he screamed, howled, and made strange noises; more than a reading it was a live “auditory-visual performance”, perhaps nothing very different from the performances of the avant-garde artists of the early twentieth century, when the contamination between Literature and plastic art took place. In short, Prigov was a “character” in his time, an artist who left a trail of questions about the seriousness and the depth of his conceptual work both in poetry and in plastic art. One could say that Prigov tried to become a conceptual work of art himself … not to die, “riding on the edge of the abyss”.