Thinking about the fathers of artistic color photography it’s easy to recall great names such as William Eggleston and Stephen Shore who throughout the seventies, also thanks to great exhibitions (such as the one that Eggleston had in 1976 at the MoMA), have helped to impose this medium which, at the time, was still labeled by the critics as “vulgar and banal” because it was usually linked to commercial and amateur photography. But those aren’t truly the first great results obtained with the use of color film since, already in the forties, in Denmark Keld Helmer-Petersen had already showed its artistic potentialities and today he is regarded as the father of Danish modernist photography. Isolating the details and giving them a new meaning, Petersen’s aim is to catch the essence of modern life sublimating color and form (as Paul Cézanne did in his paintings) and deleting the depth of field thanks to the constant use of small apertures: the world therefore appears as a flat surface full of interesting geometrical patterns useful for stressing the importance of color. Inspired mainly by American and German photographers and architects (one above all Mies van der Rohe) he shares the ideas of Staatliches Bauhaus, a German school which is all about simplicity, abstraction emphasis and erasing of unnecessary details. 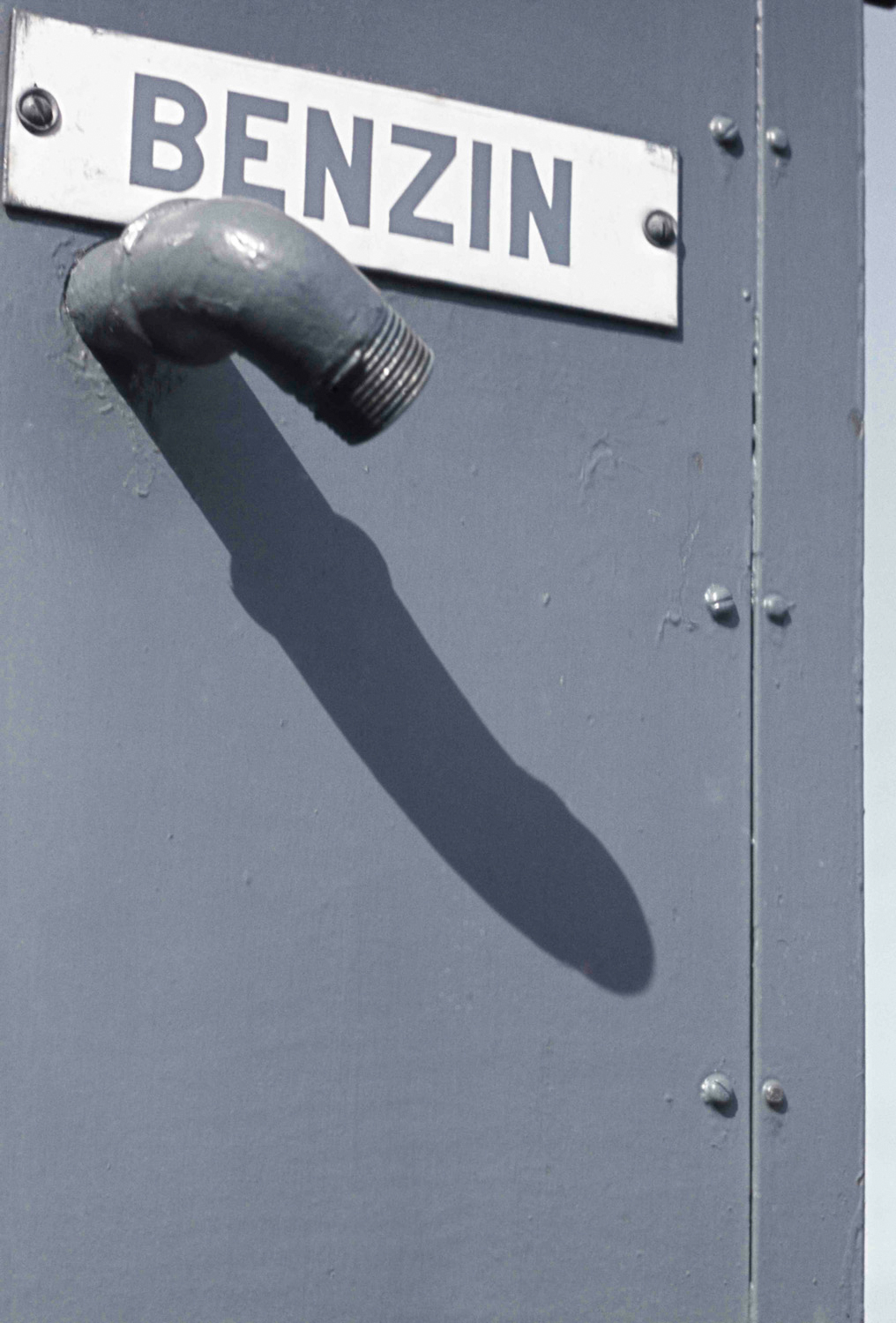 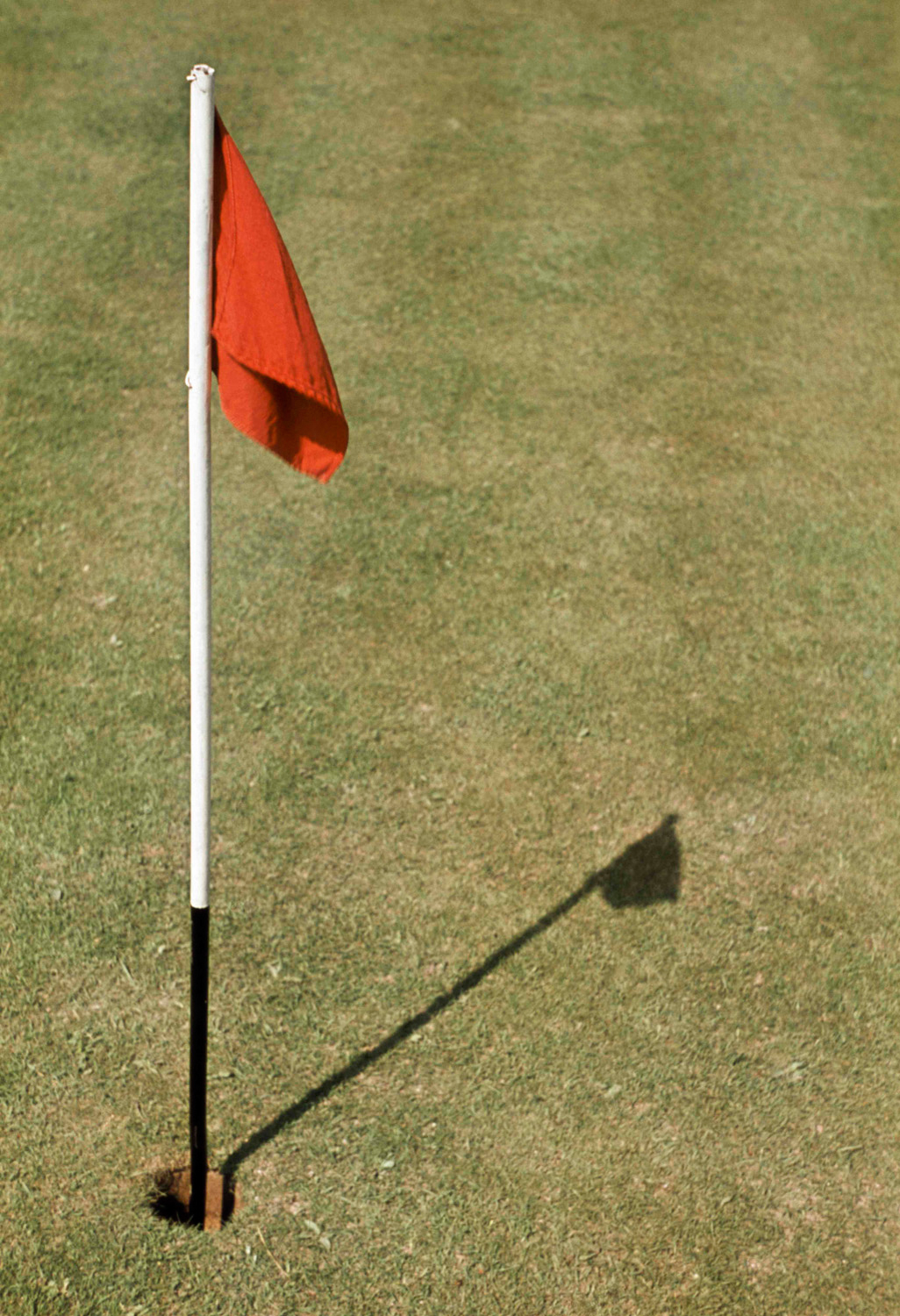 Helmer-Petersen gets his first camera in 1938, a Leica IIIc, as a gift from his mother for his graduation. With that and the 35mm, 50mm and 90mm Elmar lenses he will create all the pictures of his debuts. His first experiments are made with black and white films but, because of the Nazi occupation, they become hard to find so Keld turns to Agfacolor, a German film, with wich in 1948 he creates the work that will impress his name in photography’s history forever: 122 farve fotografier (122 color photographs). At that time the artist is 28-years-old and works in a library, after showing to the owner a selection of his photographs taken between 1941 and 1947 and getting a positive feedback he decides to invest his father’s inheritance in the production of the book, printing 1.500 copies. The value of the work is understood overseas too and so on November the 29th of 1949 the magazine Life dedicates to Helmer-Petersen a 7-page article entitled “Camera Abstractions”. In 1950 he travels to the United States to settle in New York first and then in Chicago to study at the Art Institute (where, among many others, the great photographer Harry Callahan was teaching) and to work for Life. In 1953 one of his photographs is displayed at the MoMA in the collective exhibition “Post-War European Photography” but, unsatisfied with the American lifestyle, Keld decides to go back to Denmark and propose himself as an architectural and design photographer opening his own studio in Copenhagen (1956), later becoming the photography teacher in the architecture school at the Royal Academy of Fine Arts (1964-1990). 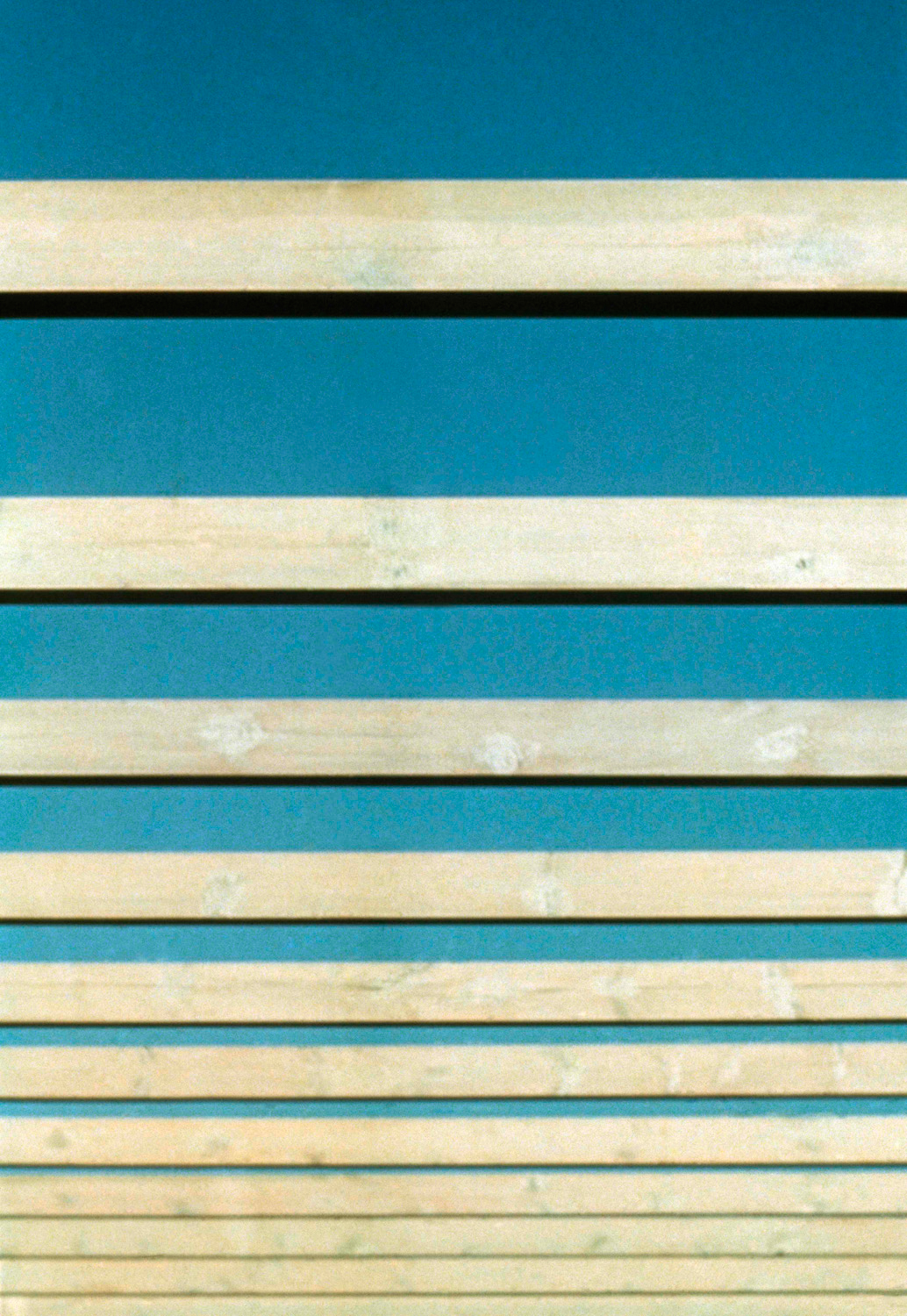 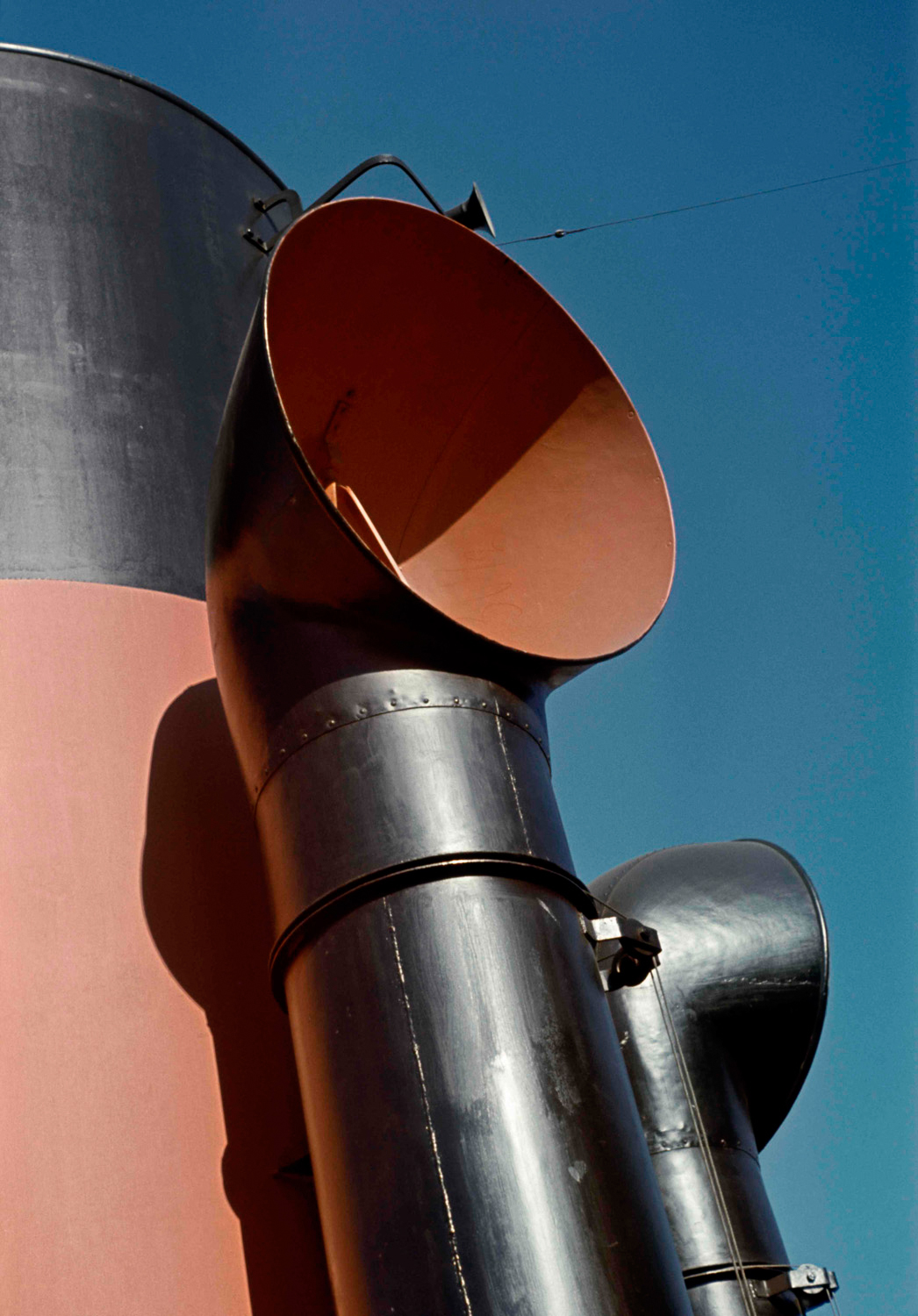 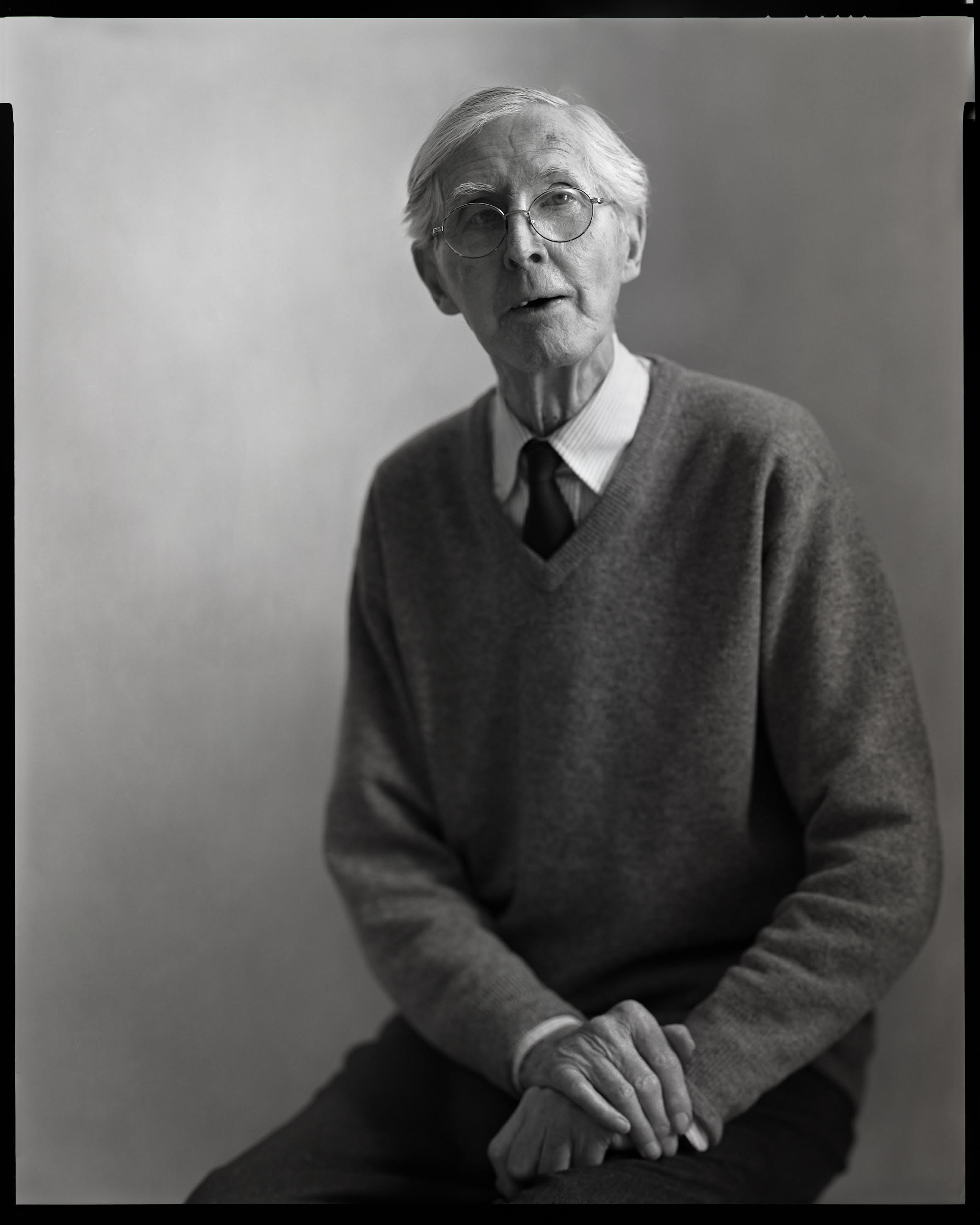 Inspired by his stay in Chicago “Fragments of a city”, his second book, is released in 1960; here he experiments in the darkroom pushing black and white contrasts to the limit, celebrating surfaces, structures, fragments and spaces found between the huge constructions of the metropolis. In the mid-Fifties he shows his new works in a series of exhibitions in Denmark and Sweden curated by the designer Poul Kjaerholm and based on the contrast between image and background, opposing to a bright picture a dark panel and vice-versa. During the seventies the Danish artist will eventually start to work “cameraless”, creating the images directly in the darkroom thanks to the sole chemical reagents and looking for the ultimate minimalism; that spirit, in addiction to the discovery of computer graphics, will escort him until the end of his life. He dies in 2013 at the age of 93. Black and white represents for Helmer-Petersen both the Alpha and the Omega of his career: the 122 color photographs, so paramount for the history of photography, are to him nothing but an exception, a confirmation to the rule that will make remember him forever.

Many thanks to Jan Helmer-Petersen for the permission to publish his father’s pictures and to Dawid (Björn Dawidsson) for his wonderful portrait of the photographer.