For the fourth exhibition in its Venetian space, Alberta Pane gallery presents Extended Architectures, a collective exhibition featuring artworks by Luciana Lamothe (Argentina, 1975), Marie Lelouche (France, 1984) and Esther Stocker (Italy, 1974). Through site-specific installations, sculptures created by scanning volumes and visual grids painted on canvas, the exhibition reflects on the constant communion between man and space, in an osmotic dialogue with the Venetian territory of the 16th International Biennale of Architecture. 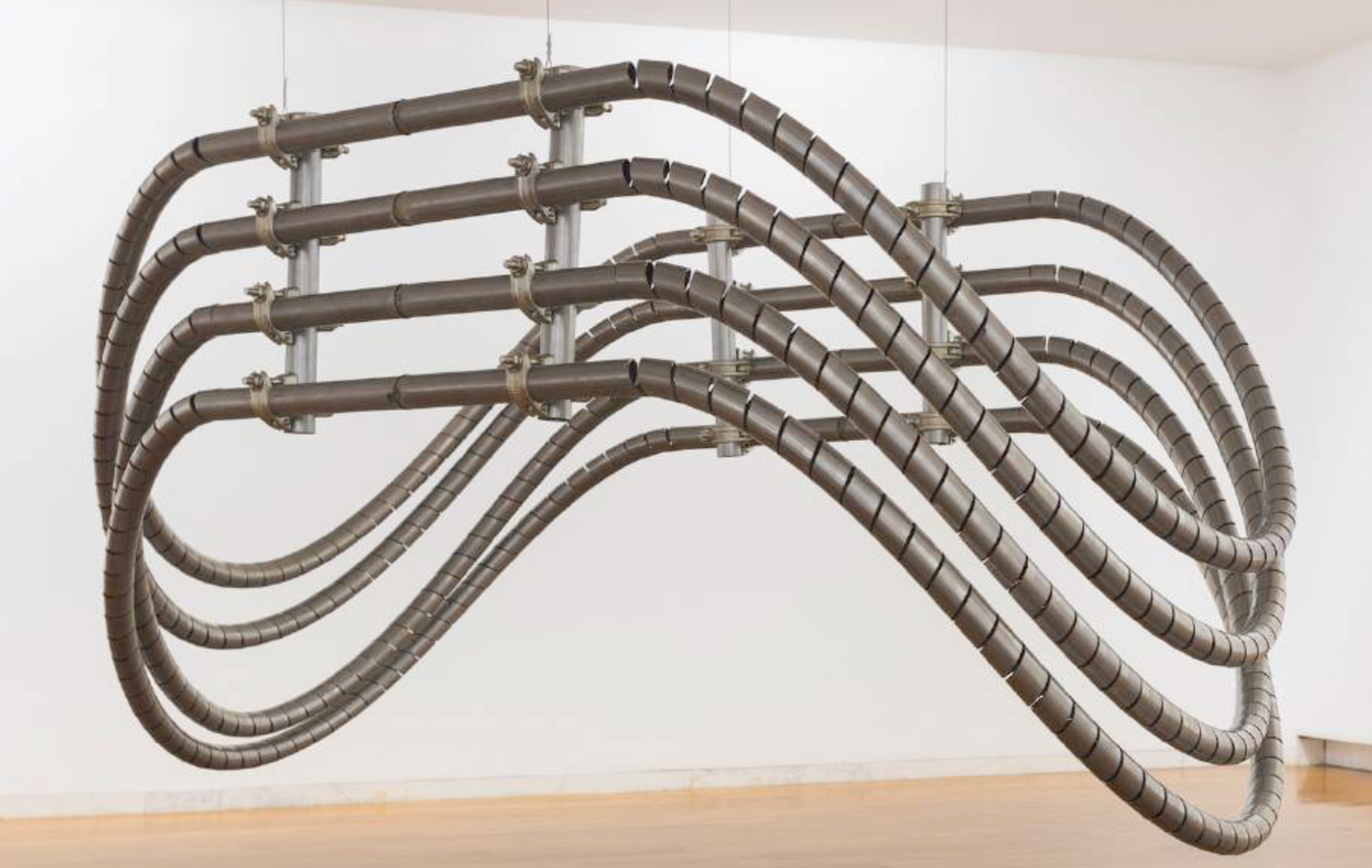 Luciana Lamothe‘s aesthetic is based on the vital communion between body and architecture, implemented in her installations through an ambivalent use of materials that are both resistant and ductile. Starting from solid and structural materials, the artist makes them soft and flexible through physical pressure, so creating participatory sculptures that merge form and function. The role of the spectator becomes then substantial for the work to be activated. There is a constant interaction between space, its elements and the body.

Marie Lelouche exhibits “Blind Sculpture”, a hybrid work based on three-dimensional scanning and post-digital sculpture. Through a mobile audio-visual device that allows the perception of hidden digital geometric shapes, each viewer finds himself superimposing his own experience on the same space. A metaphor for social space, the work is given by the cohabitation of forms and subjectivity, united by a spatial synchrony, a single process of constant re-composition. 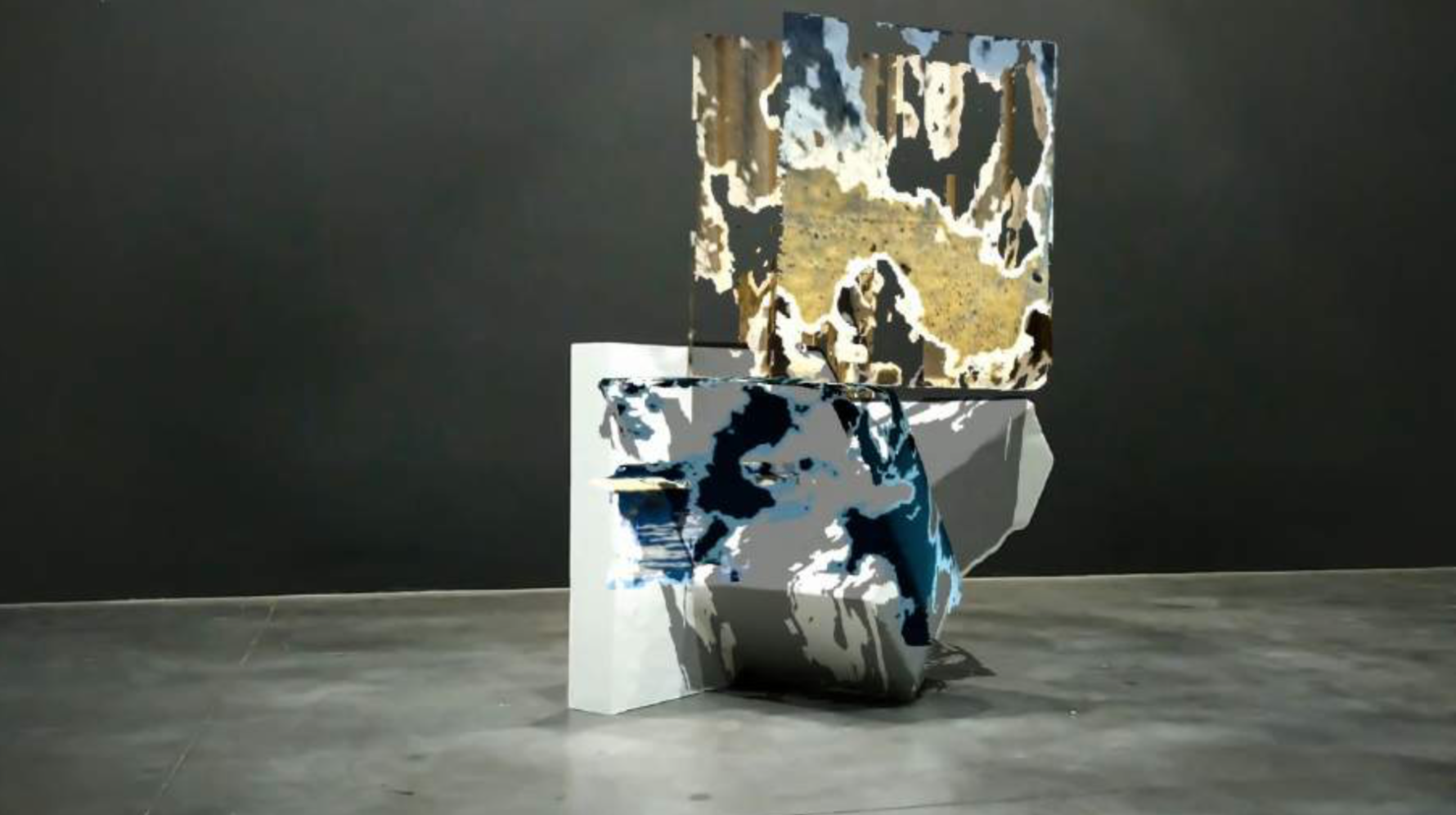 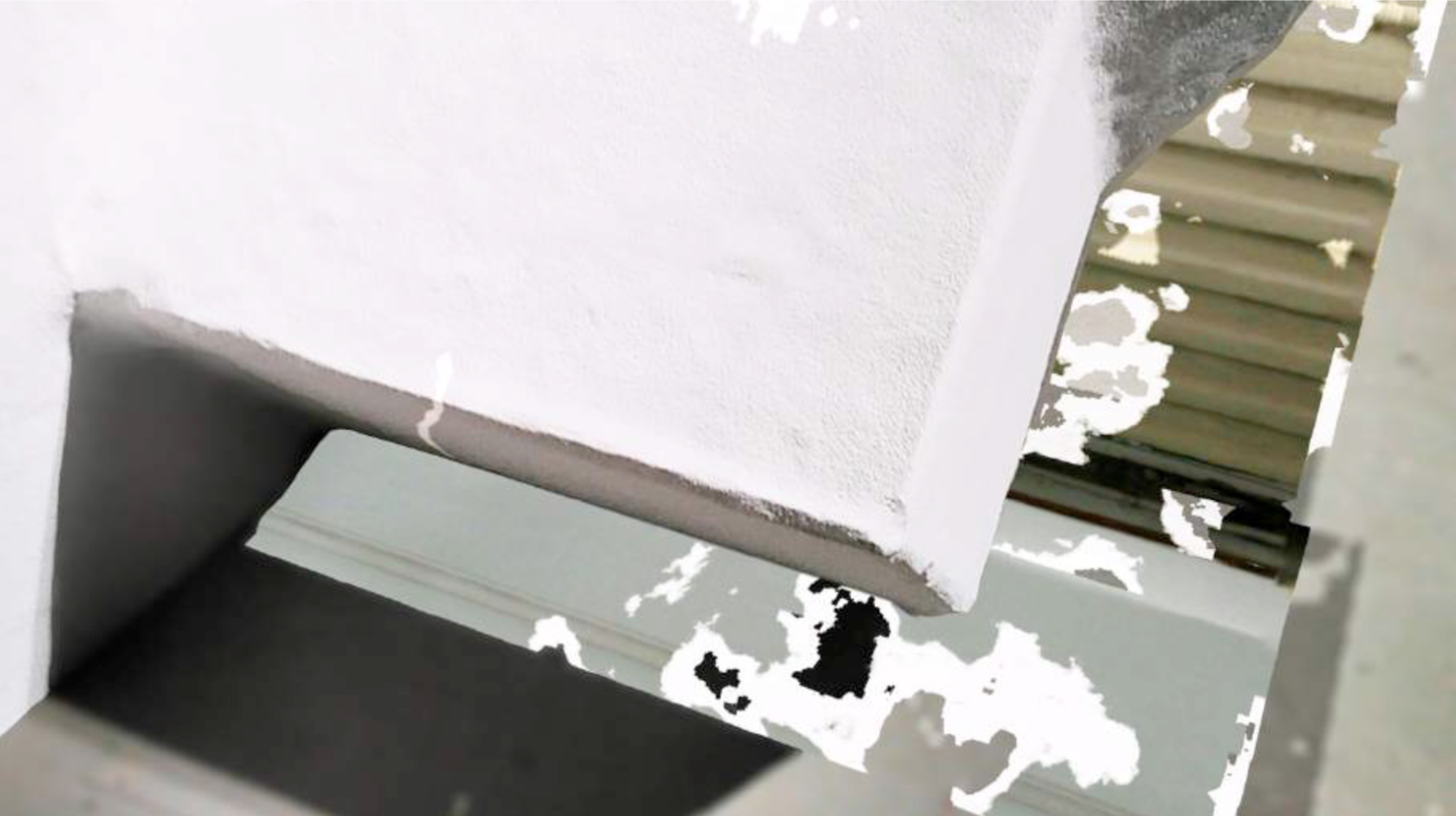 Canvases, sculptures and installations that invade and define space are the means through which Esther Stocker investigates the existential mathematics that qualifies our collective and personal environments. Her works, based on an apparent rigid geometry and modularity, are connected to a highly complex mathematical discourse that defines the space of which man is an essential part. In Esther Stocker’s works the individual is a substantial geometric and mathematical element for the definition of the artwork itself. The vision and perception of space are themes the artist investigates by breaking the apparent rigid modular repetition, thus creating a second visual rhythm, which destroys the order of the flat dimension. 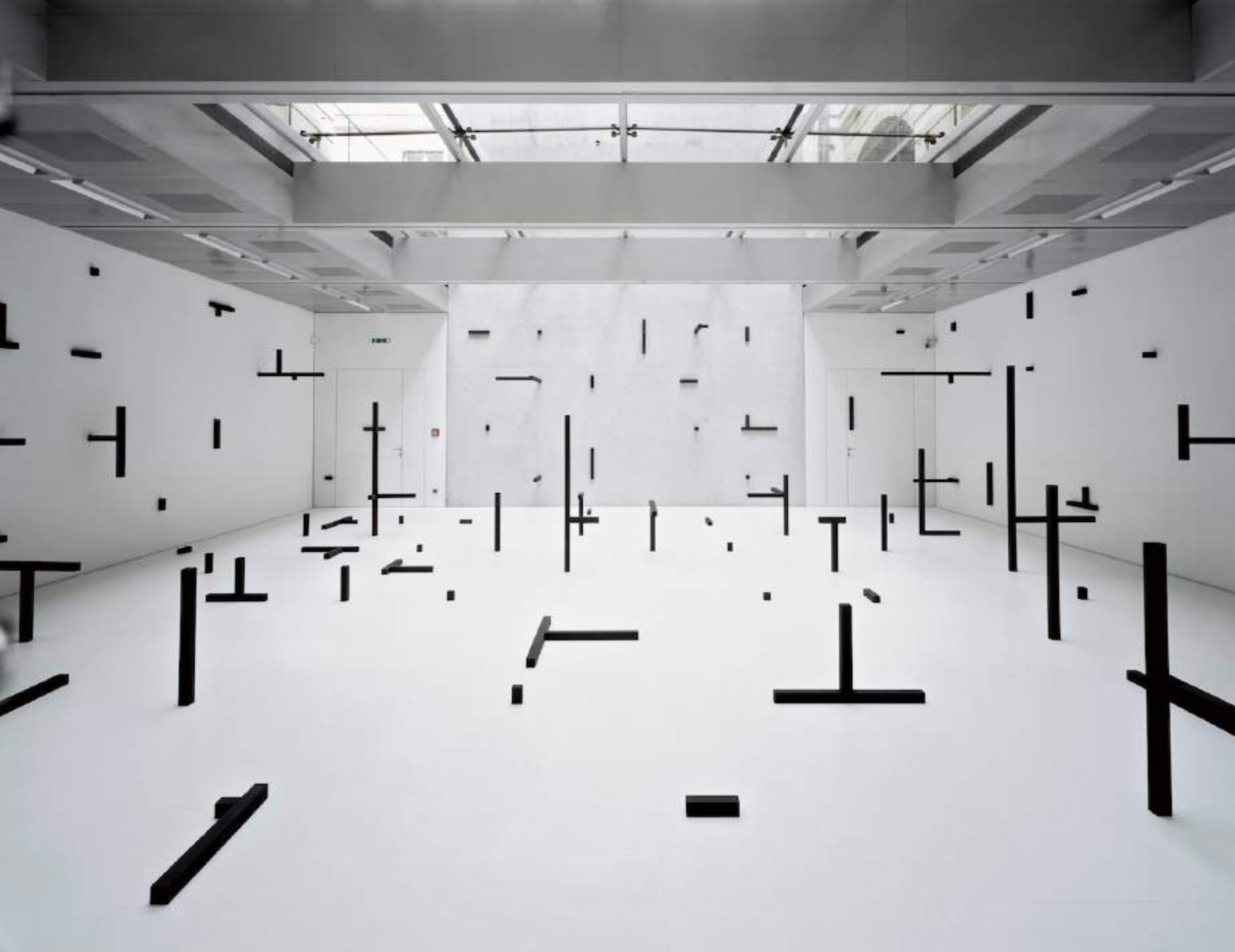 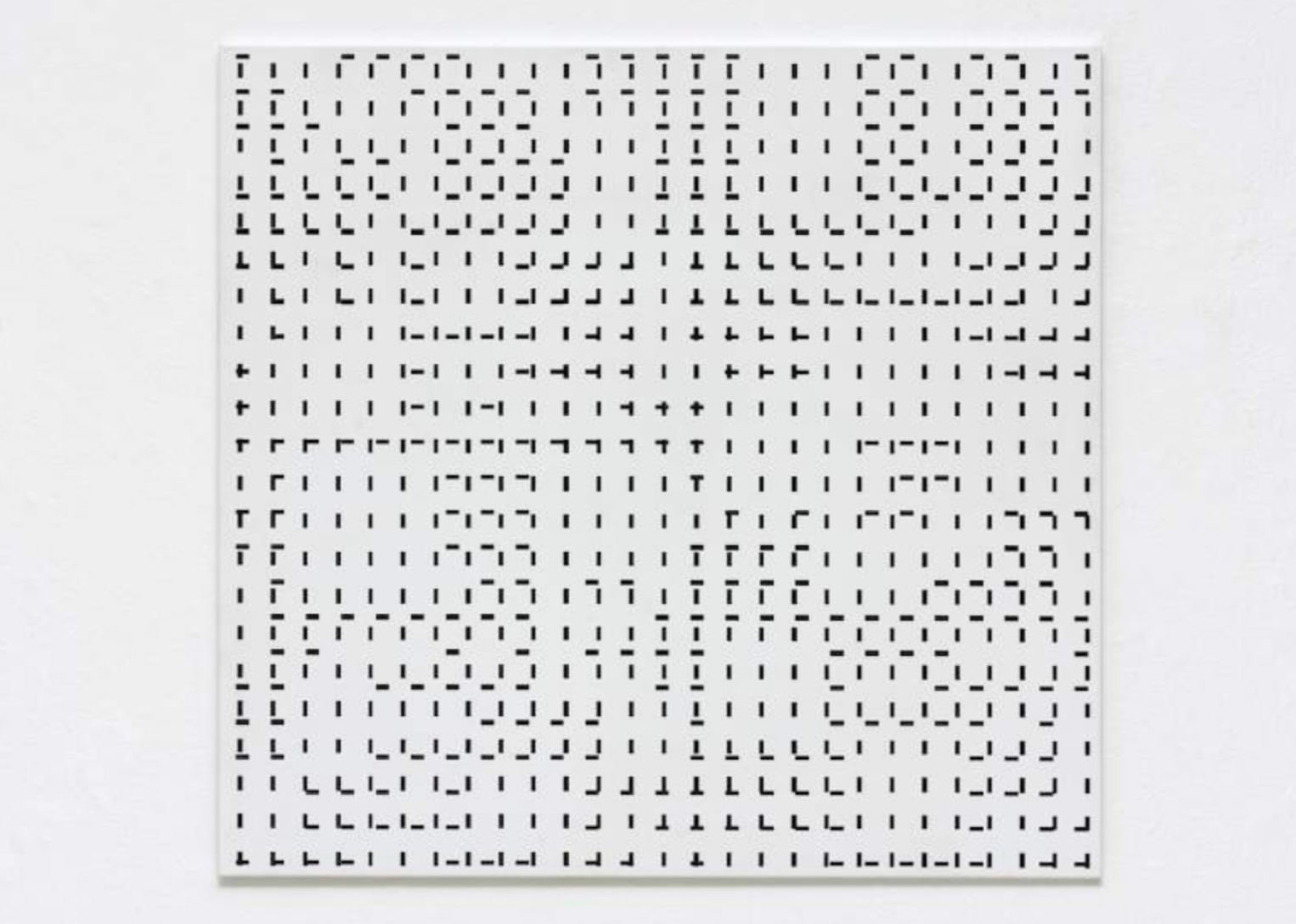 Lamothe, Lelouche and Stocker recreate in the space of the Venetian Alberta Pane Gallery a reflection, in a broad sense, on the perception of our environments and on the position that the individual assumes daily in the experience of the world.