Eva Presenhuber is pleased to announce its first exhibition with Martha Diamond, comprising a group of soaring, wet- on-wet oil paintings that evoke the skyscrapers of Manhattan, and one artists’ book. 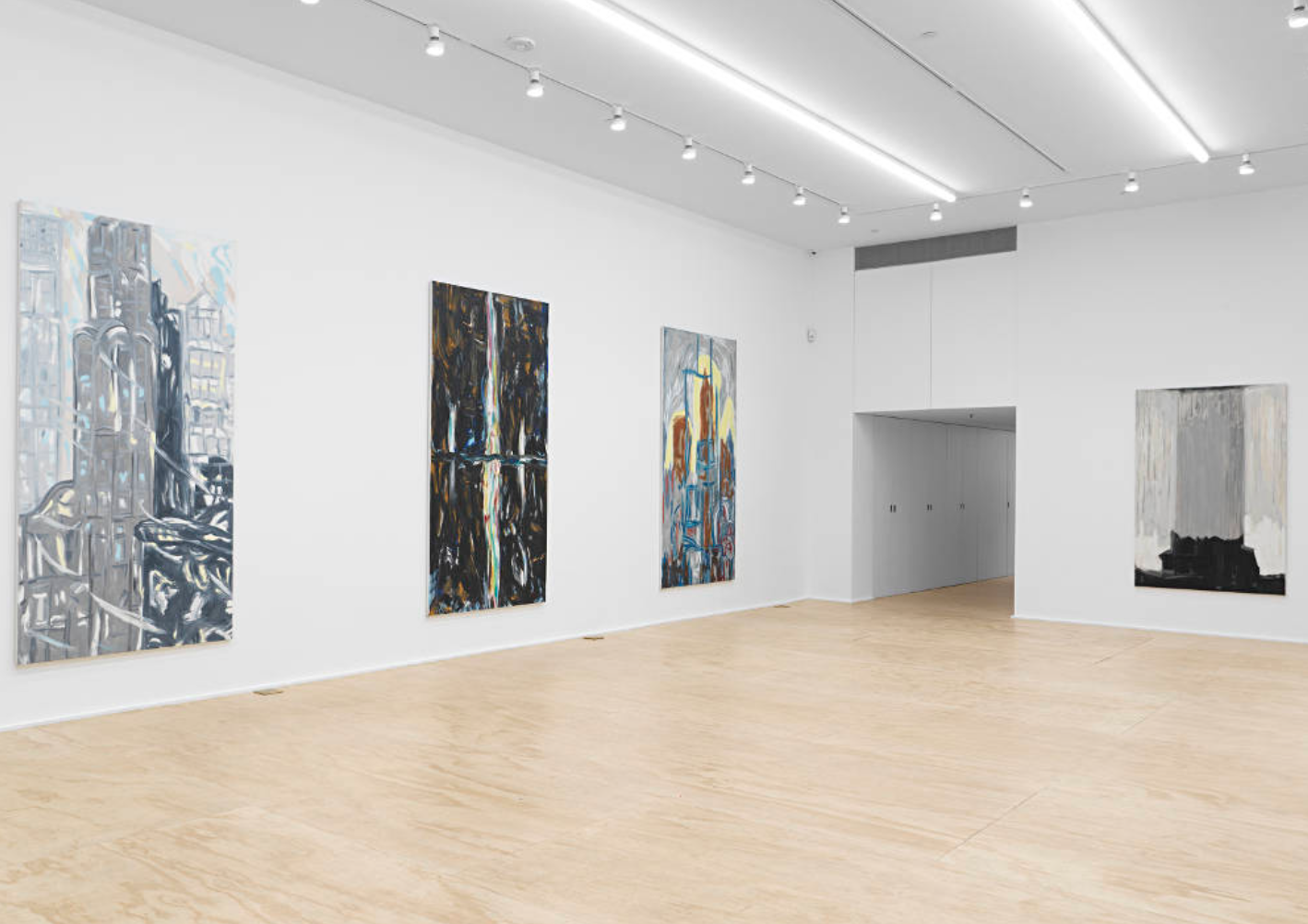 A lifelong New Yorker, Martha Diamond has spent decades breathing in, recording, and understanding the spaces, light, and memory of the city. Those experiences are her guide. Diamond grew up first in an apartment on the 11th floor of a building in Stuyvesant Town, Manhattan. She remembers looking out a window and seeing, across a circular courtyard, only the geometry of other buildings; later, her family lived in Queens. Her father, a doctor, would take her with him in his car on his Saturday rounds to patients, and Diamond remembers the sense of cavernous space she felt down the avenues and streets of the island. Another memory: Her grandparents lived in Silver Lake, Staten Island in a fourth floor apartment with a brick balcony. Martha would walk out on the balcony: First came the reservoir, then a long road, then the Goethals Bridge to New Jersey. One shape, then a space, then another, and then more shapes. One thing, and then another. Then another. Like other natives of the city, Diamond is a great walker. She walks to see and remember the spaces and buildings, not as distinct architectural moments, but rather as pieces of her rich memory bank of human-made forms, which are her sole subject. She translates these experiences into sites for expressive, generous color and mark making. And because Diamond is a believer in systems, materials and techniques, she carefully translates these experiences into sites for expressive, generous color, and mark making. Diamond is a believer in systems, materials and techniques. Each composition begins as a small painting on masonite. Once settled, the masonite map can become the source of multiple paintings, such as New York with Purple 1-3 (1999-2000), which presents a corner-like view, in purple, blue, and yellow, of a stick-thin edifice emerging from a bulky mass. The freedom Diamond evinces within her repetitions in this and other series evoke Monet’s Rouen Cathedral series: The ostensible subject drops out, and we are awash in glorious light. 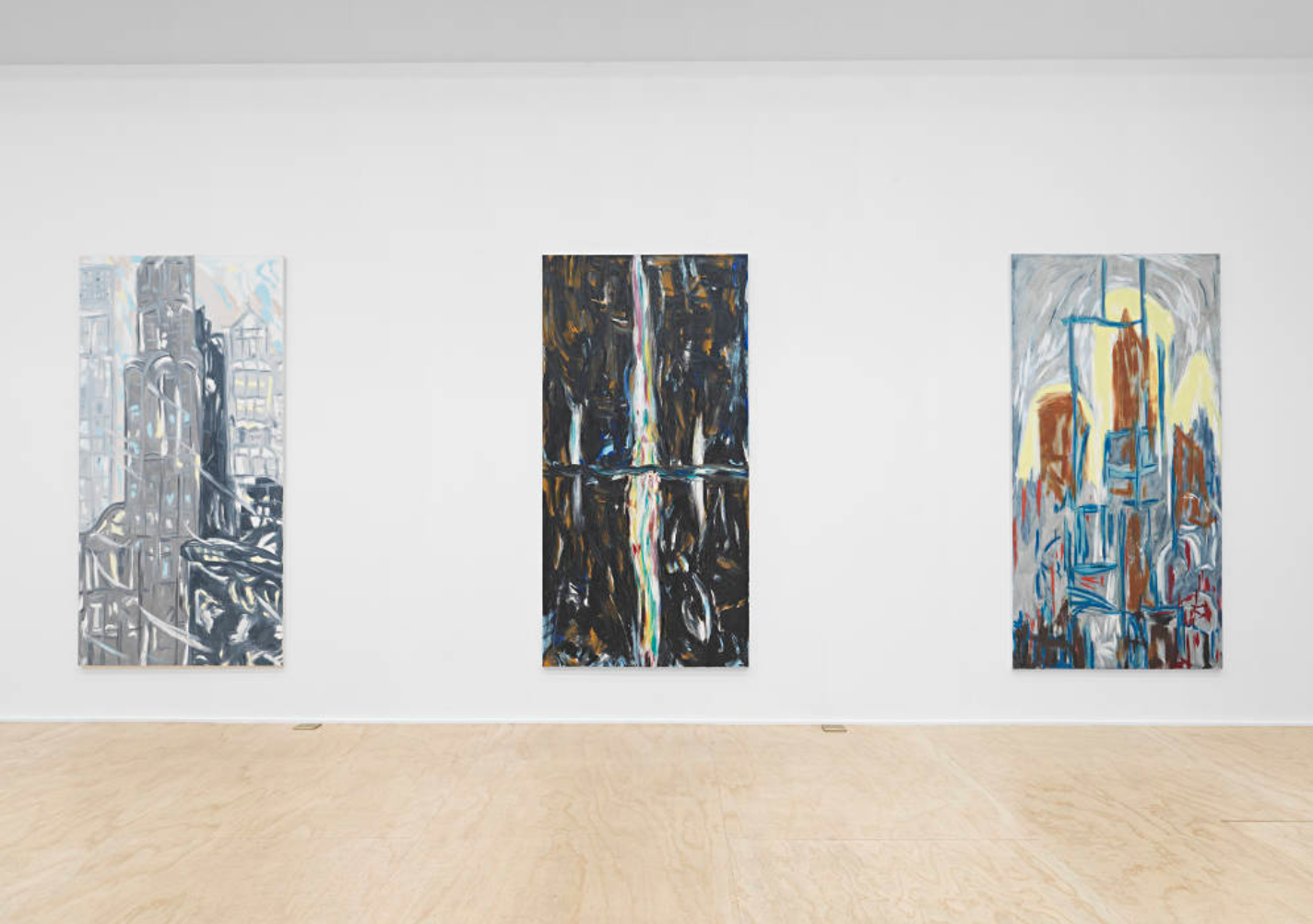 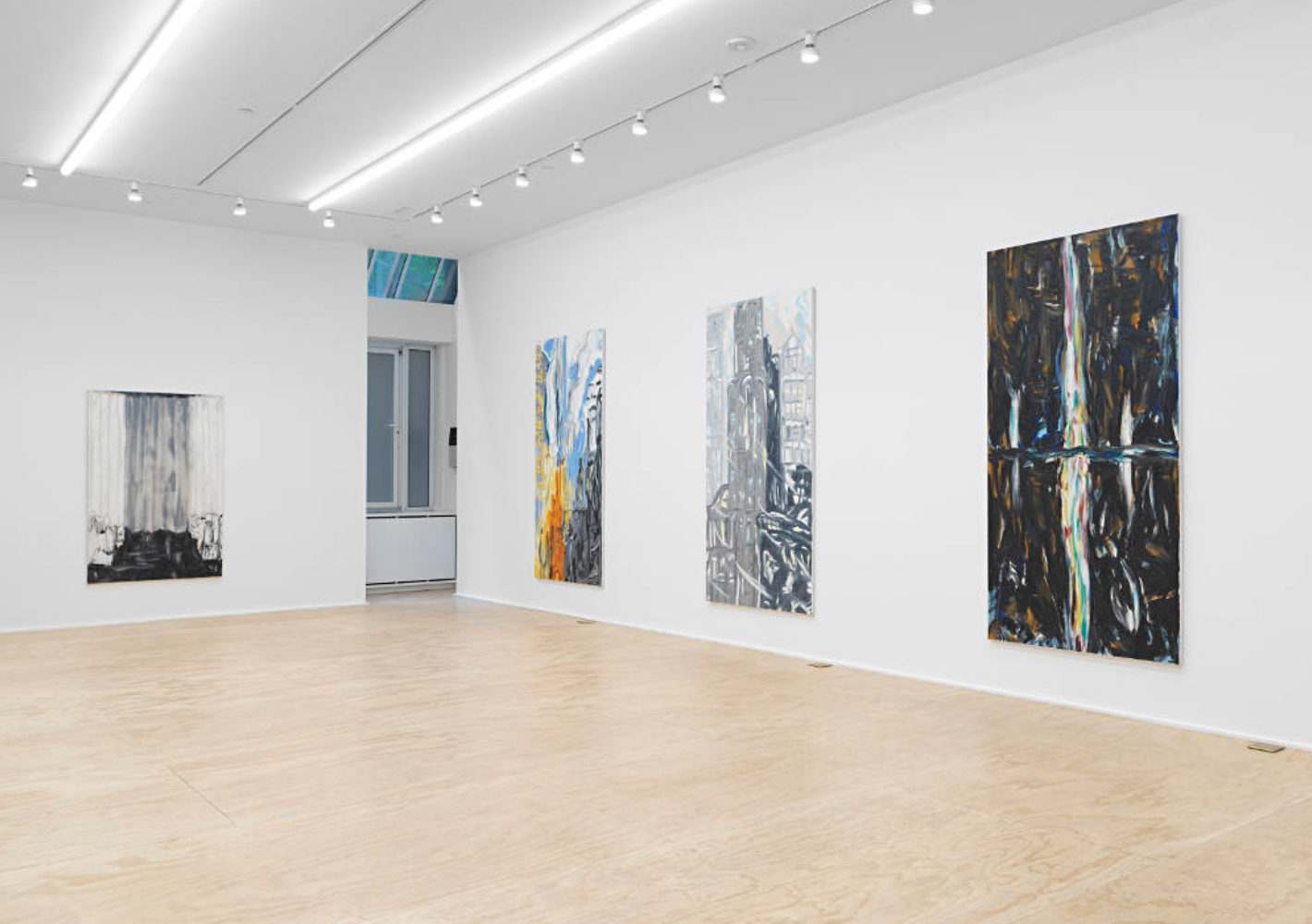 For Diamond, in front of a canvas often taller than she is, with a pre-determined composition in mind, the action is in the painting. And to do that, despite being right-handed, she paints only with her left. She uses flat, flexible brushes which she fills with as much liquid as possible, in order to get the longest motion possible, so that her strokes cut through and sit up against the wet color around them. Her buildings are all, improbably, soft-edged, yet defined by the light and space around them. Diamond’s late friend Bill Berkson called this effect “great gobs of evanescence”. This is especially evident in her Cityscape with Indian Yellow(2001-2005), made mostly because the artist wanted to try out the titular color. Here the paint swerves, and as Diamond says, mushes around, to leave the impression of, variously, a glorious Sunset, a building on fire, and symphony of light and dark. Her duo of Grissaile Cityscape paintings (2007) use a minimum of means to maximum effect. Here Diamond combines her longstanding interest in Greek architecture with her urban efforts. A great Doric column of solid mass projects into the vertical space of those canvases, and the confetti grey around them add a tone both celebratory and ominous. 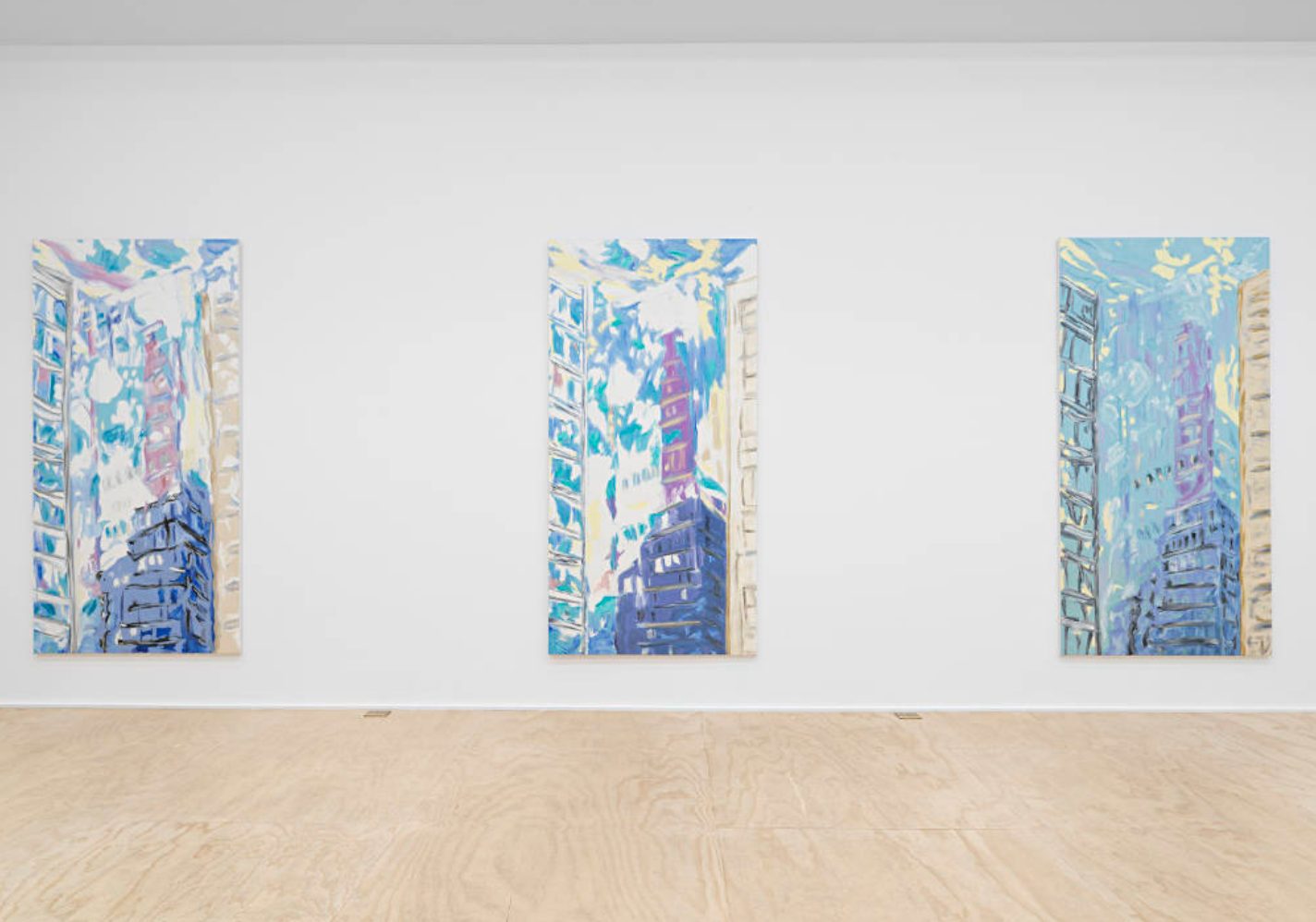 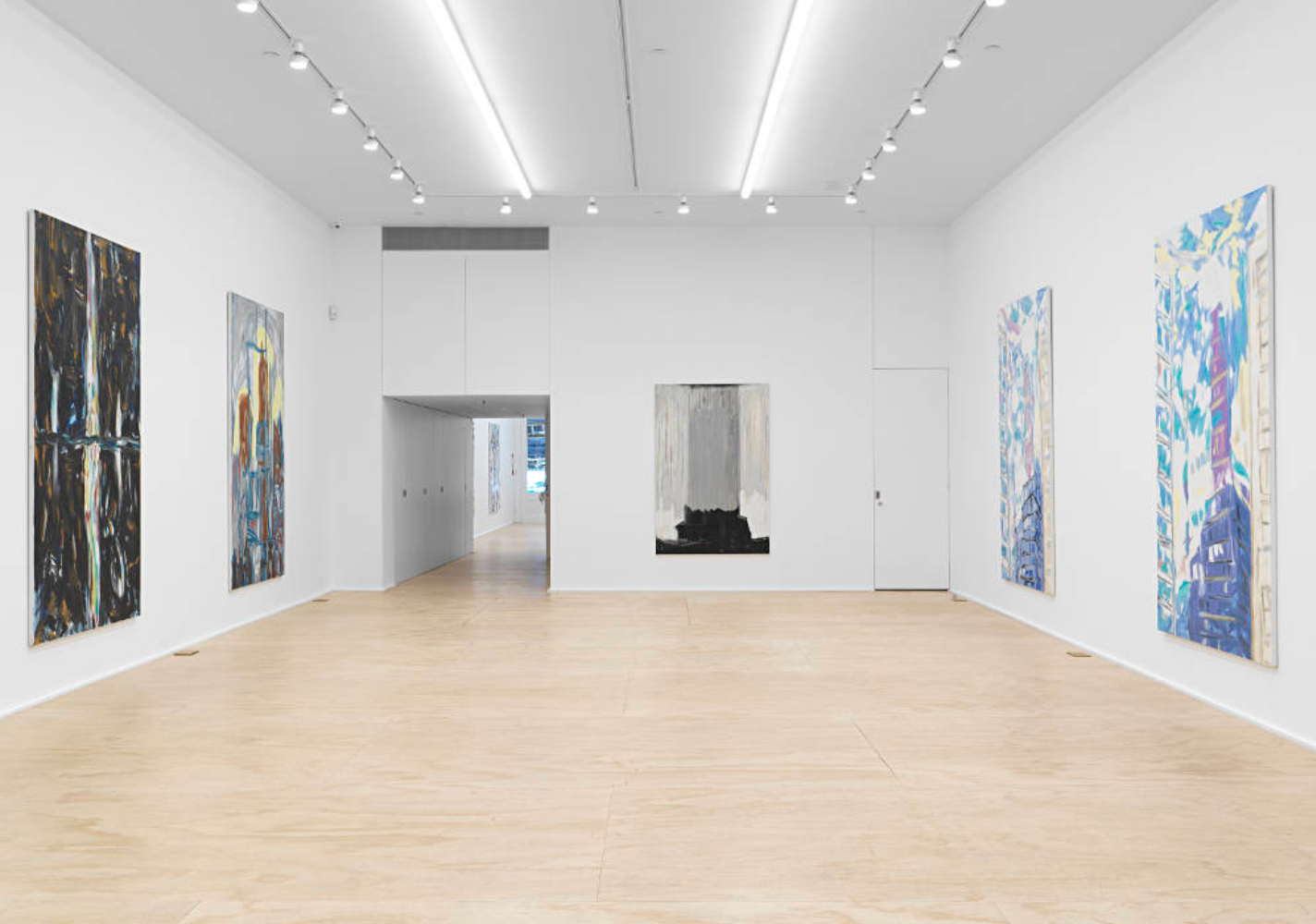 The variable tone of Diamond’s work is given new dimension by her collage books, one of which she is showing for the first time in the exhibition. This book from the early 2000s is a catalog of images clipped from magazines, books, and newspapers. Here she groups photographs of artists, animals, outfits, and perhaps her most wickedly funny category — the fate of paintings within interior decoration. This trove of visual information made entirely for the artist’s amusement, gives new insight into the breadth, humor, and curiosity of Diamond’s nearly half-century of work in the sidewalks and canyons of memory. 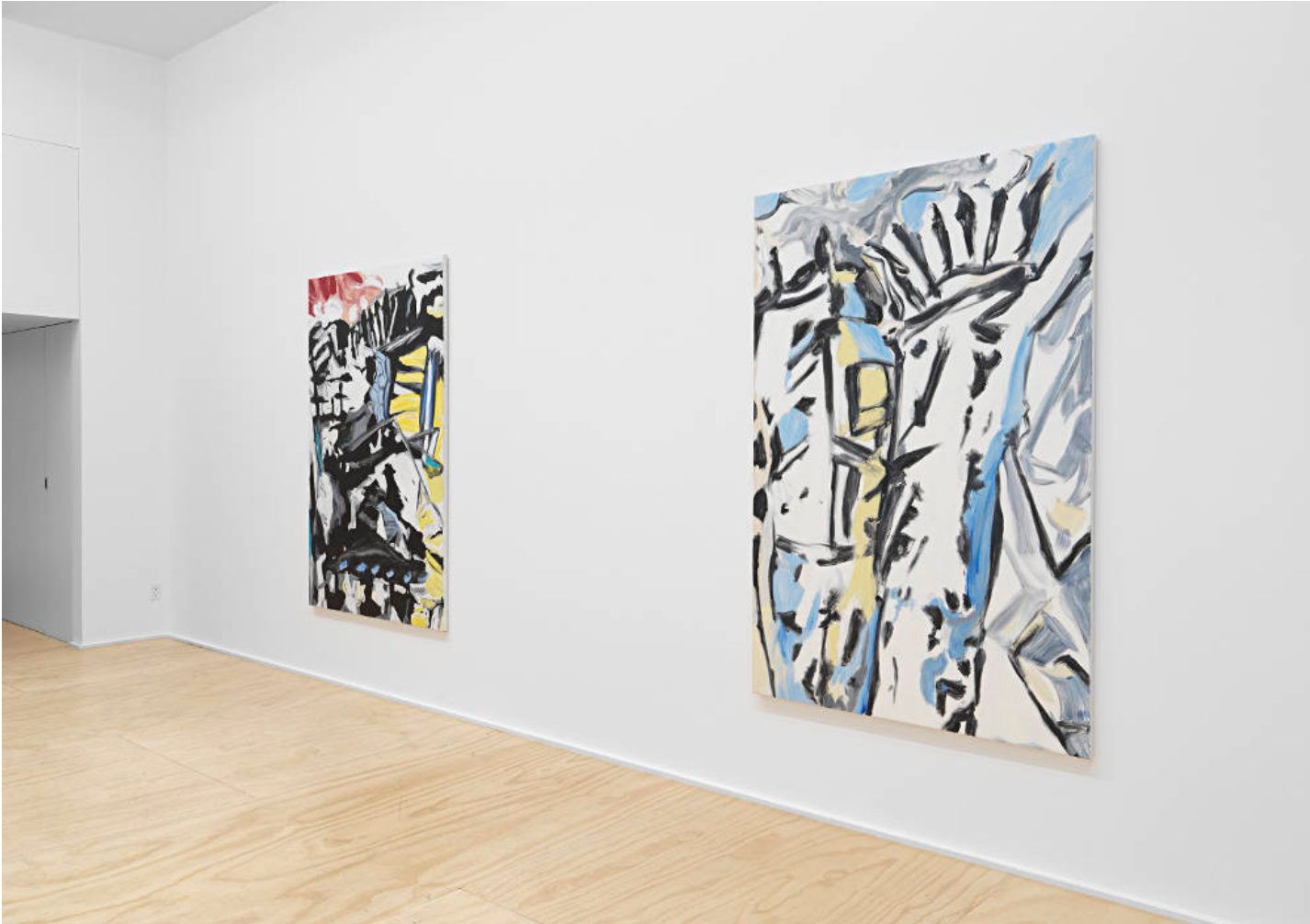