Sol LeWitt: shaping the space between art and architecture

Sol LeWitt: shaping the space between art and architecture

In 1967 Sol LeWitt (Hartford, 1928 – New York, 2007) publishes his “Paragraphs on Conceptual Art”, in the magazine Artforum, establishing the leadership of the artist’s idea above its execution which could be entrusted to somebody else. The idea is the main instrument which enables the creation of art, its visual feedback instead is secondary, possible but not necessary. This principle was what gave birth to what was later defined as conceptual art, of which Sol LeWitt – as well as other artists such as Carl Andre and Donald Judd – was a pioneer. If the idea becomes the machine that makes art then the artist becomes more like a composer, or like an architect, a figure which suits LeWitt perfectly due to his great focus on space which is present throughout all his works. The artist is somebody who is capable of thinking and designing artefacts that will later be physically produced by somebody else without affecting their qualities and originality. Nobody would say, for example, that one of Beethoven’s piano sonatas belongs – intellectually speaking – to the pianist who’s playing it in a concert and not to Beethoven himself and similarly no one would think a great piece of architecture is just the result of the mere hard work of bricklayers. The same mechanisms needs to be applied to works of art: the concept, the idea is what is necessarily coming from the artist but the production can be, and in many cases should be, executed by external operators at any given time and in any given space. 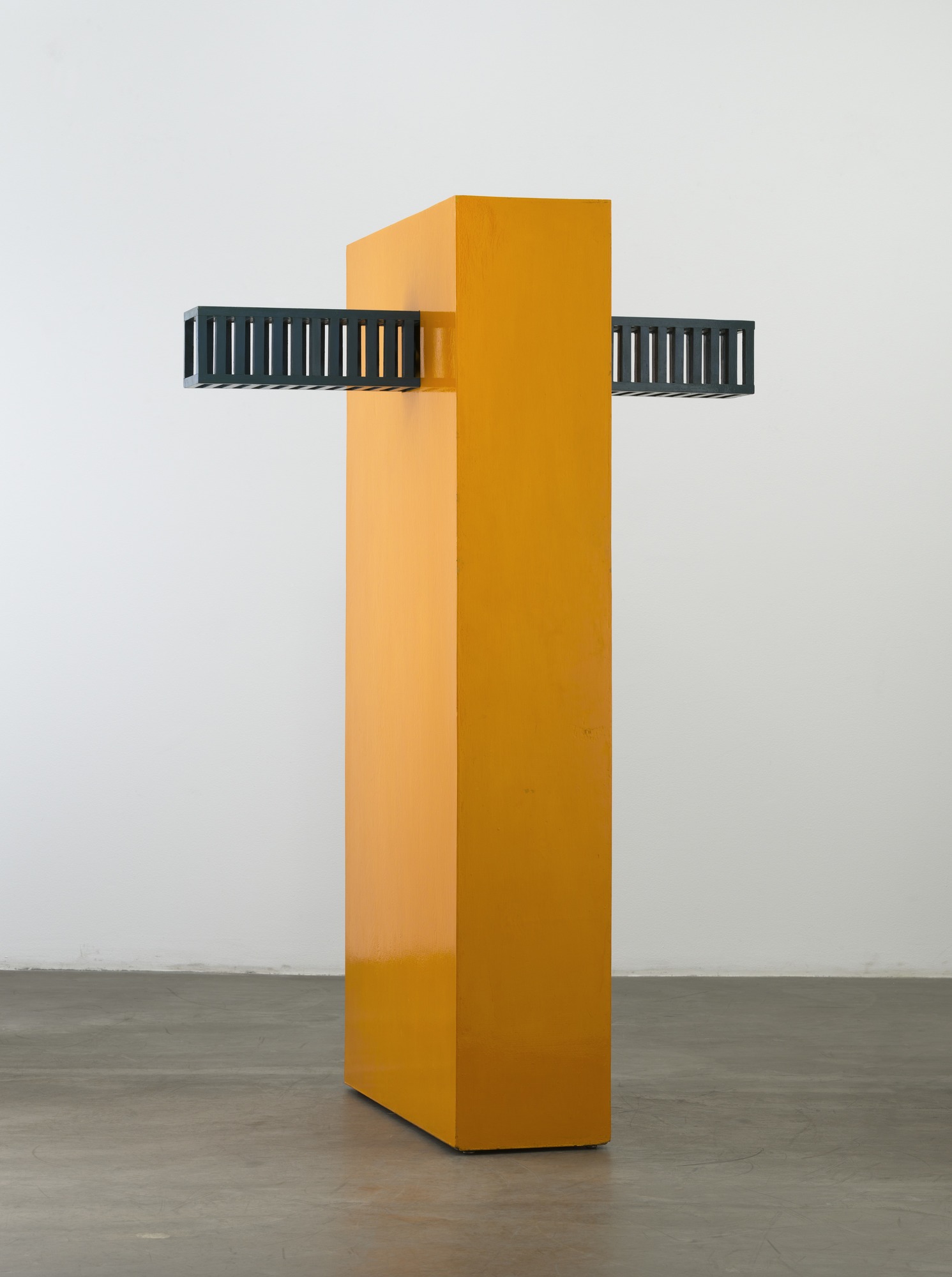 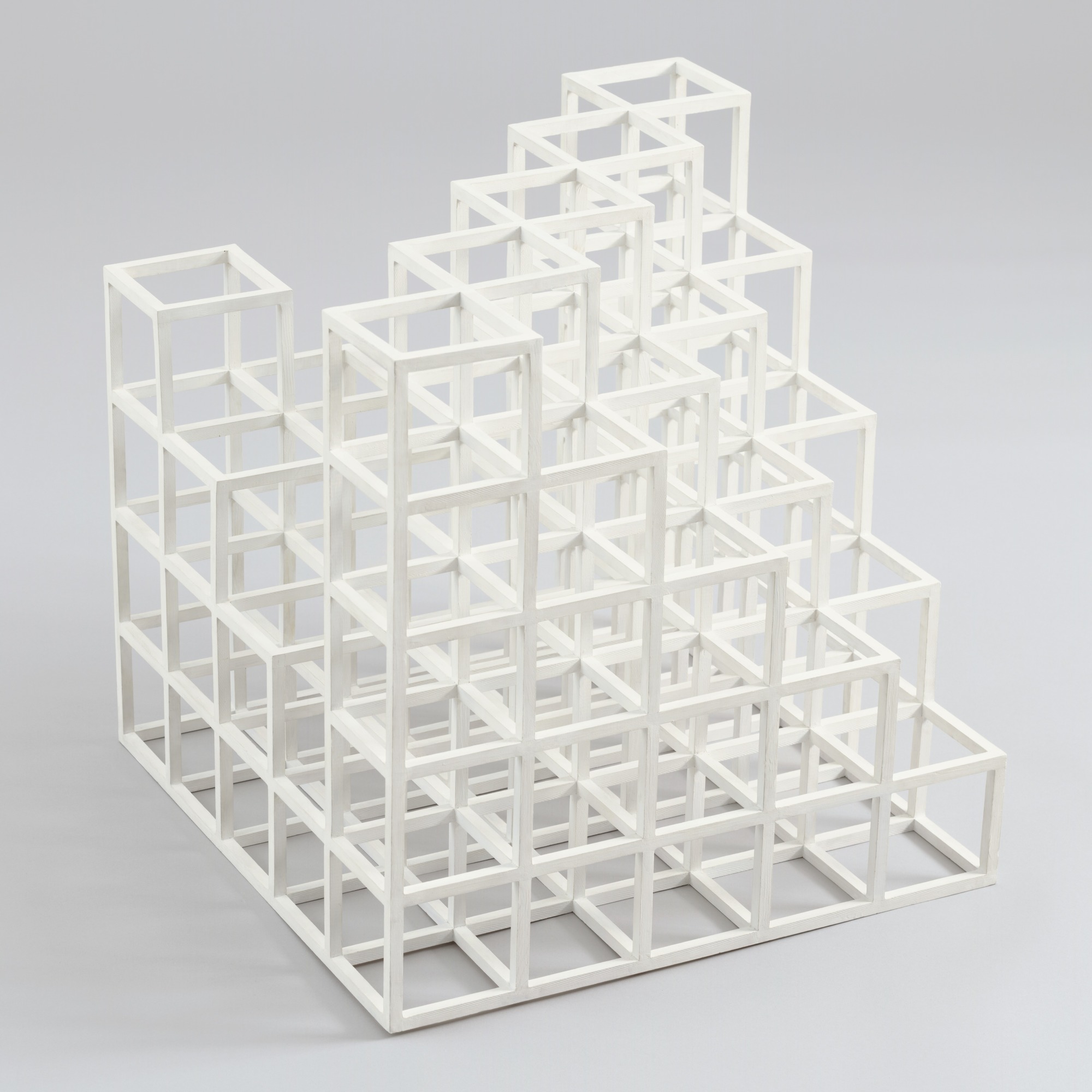 Having said that, one thing needs to be clarified: what is the idea? In LeWitt’s case, as well as in many other minimalists, the idea is what rewrites the coordinates in space, what separates it into its essential components in order to rearrange it in a more analytical way for the audience to experience. This is a concept which is not very different from what distinguished painters of the renaissance who used the perspective as their tool in order to breach the walls and the representation of reality. The same geometrical rigour is also present in LeWitt’s wall drawings which reshape the space in few orthogonal lines skilfully combined with the use of colours. 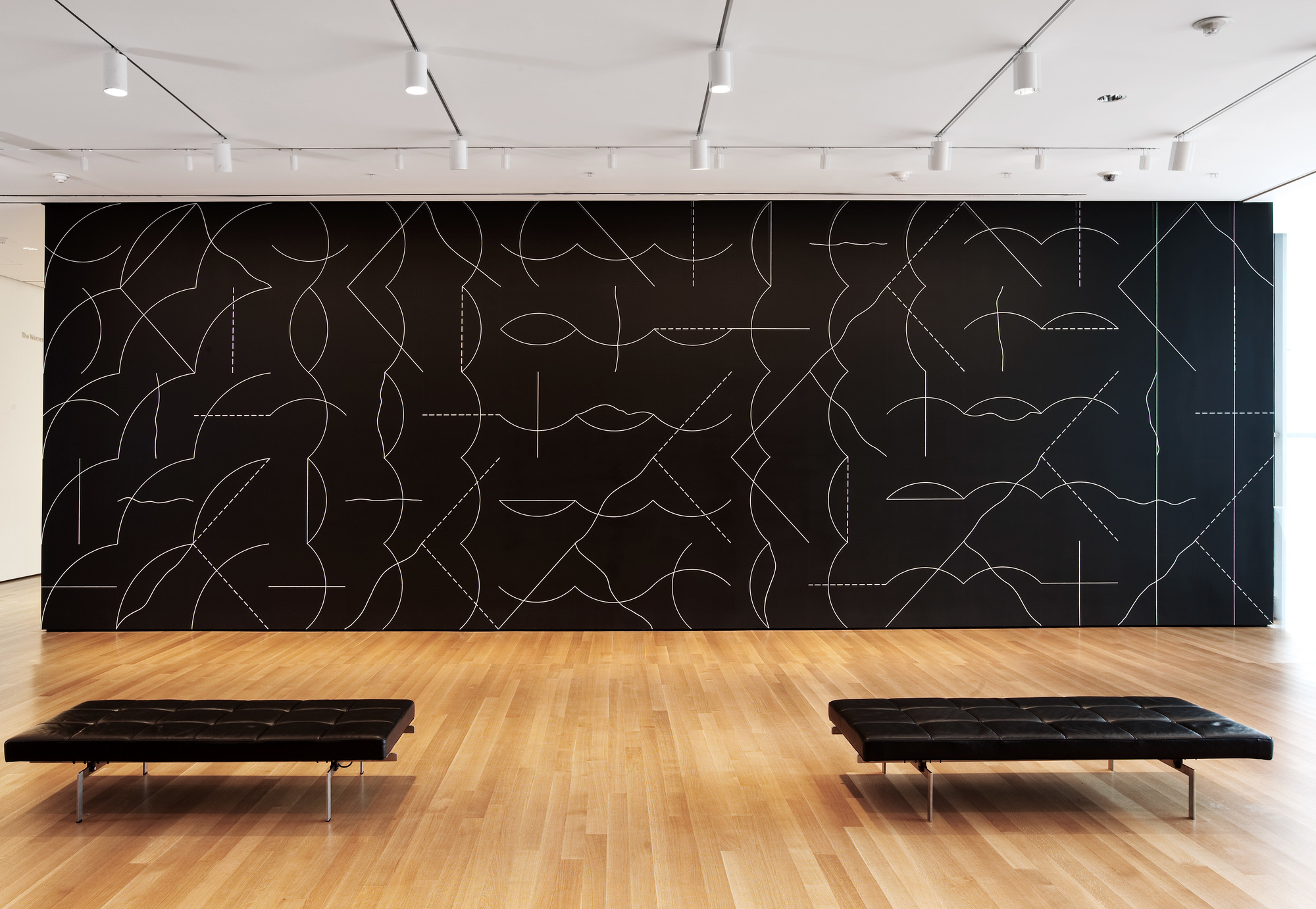 The wall drawings can also become a way to push the boundaries and to subvert the concept of site specific works turning the space into a dependent variable that changes with the shattering continuity of the Scribbles which scrape and pervade the walls. More visual and spatial continuity is created by geometrical structures such as the Incomplete Open Cube or the Complex Forms which are tridimensional reproductions based on modular geometric drawings, structures which seem to give birth to one another connecting different areas inside the same building. 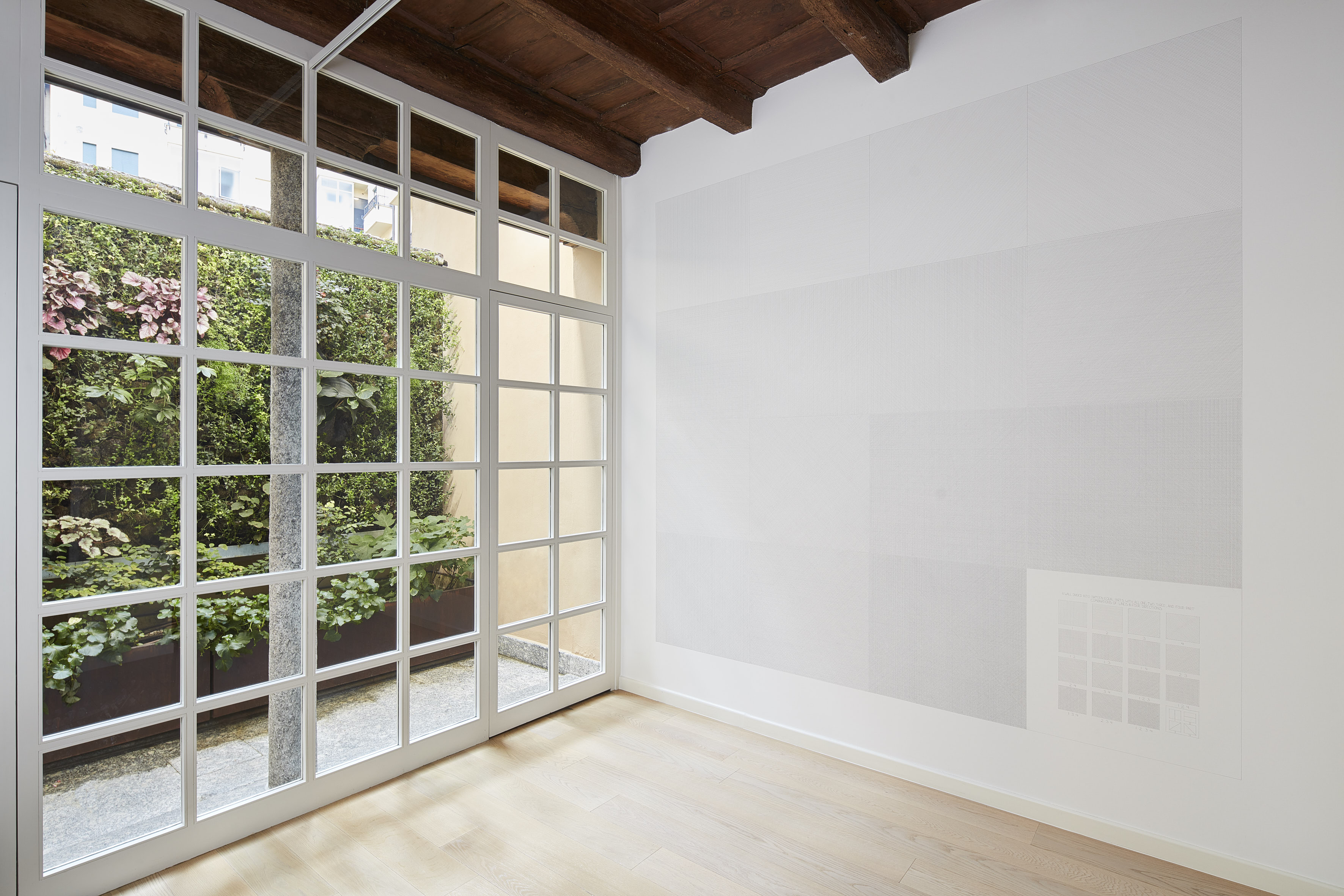 But the work which could probably be considered the ultimate manifesto of the artist and that most likely includes and summarises LeWitt’s concepts is Wall Drawing #263, a square drawn onto a wall, composed by sixteen smaller squares which, with its lines going in four different directions, seems to explore every possible geometrical scheme as if it was an universal basis. The notion of letting the executor to reproduce the artist’s original idea, during the years opened many possibilities for curators and enabled them to transform what was originally intended as a wall drawing into something different. In a 2003 exhibition at the Edams Museum for example the scheme was recreated on a window, therefore turning the drawing into a sort of lens capable of measuring the outside world. Even more interesting is the experiment made by the Fondazione Carriero in Milan, the curators (which included archistar Rem Koolhas) decided to reproduce the lines of the drawing on a enormous mirror which visually doubles the space in one of the baroque rooms of the building. The optical illusion is incredibly surprising in its simplicity: LeWitt’s grid becomes a way of measuring the room, its decorations and all the other artworks exhibited in that space and, in the end, even the observer. Sol LeWitt’s idea proves to be a dialogue which is still ongoing even more ten years after his departure, timeless proof that the space, as well as the artwork, is rewritten and re-experienced and remains up to date with the observer in the present.