Fools Fantasee is the second solo project by Emiliano Maggi especially conceived for the spaces of the gallery Operativa Arte Contemporanea in Rome (Via del Consolato). The entire gallery will be transformed in an absurd carousel where the viewer will see his image lost and then transfigured through several acid etched mirrors decorated with sculptural elements realized in ceramic by the artist. In the centre of the main room, a big white rotating carousel will be the tool with which the consciousness can be lost in a uncontrollable vortex, a game of reflections and twisted visions. In the second room, a series of busts in shiny ceramic will represent fantastic characters transmutated by the crazy carousel of fairytales suggestions. The entire exhibition is indeed focused on the idea of the bodyand-identity transfiguration, performed by the mirroring sculptures, in order to take up the viewer’s image to give it back not only modified, but distorted with surreal and fantastic shapes. 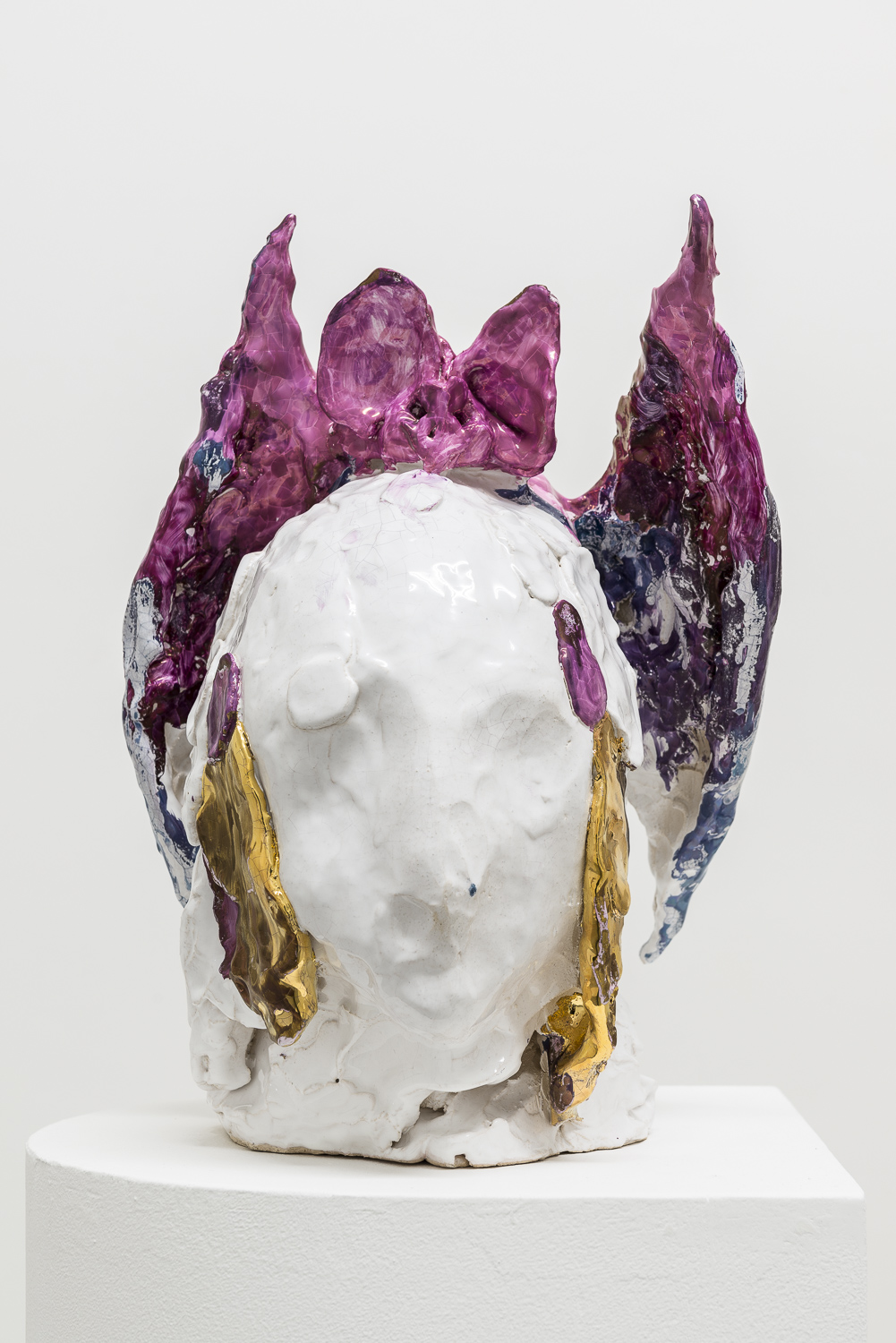 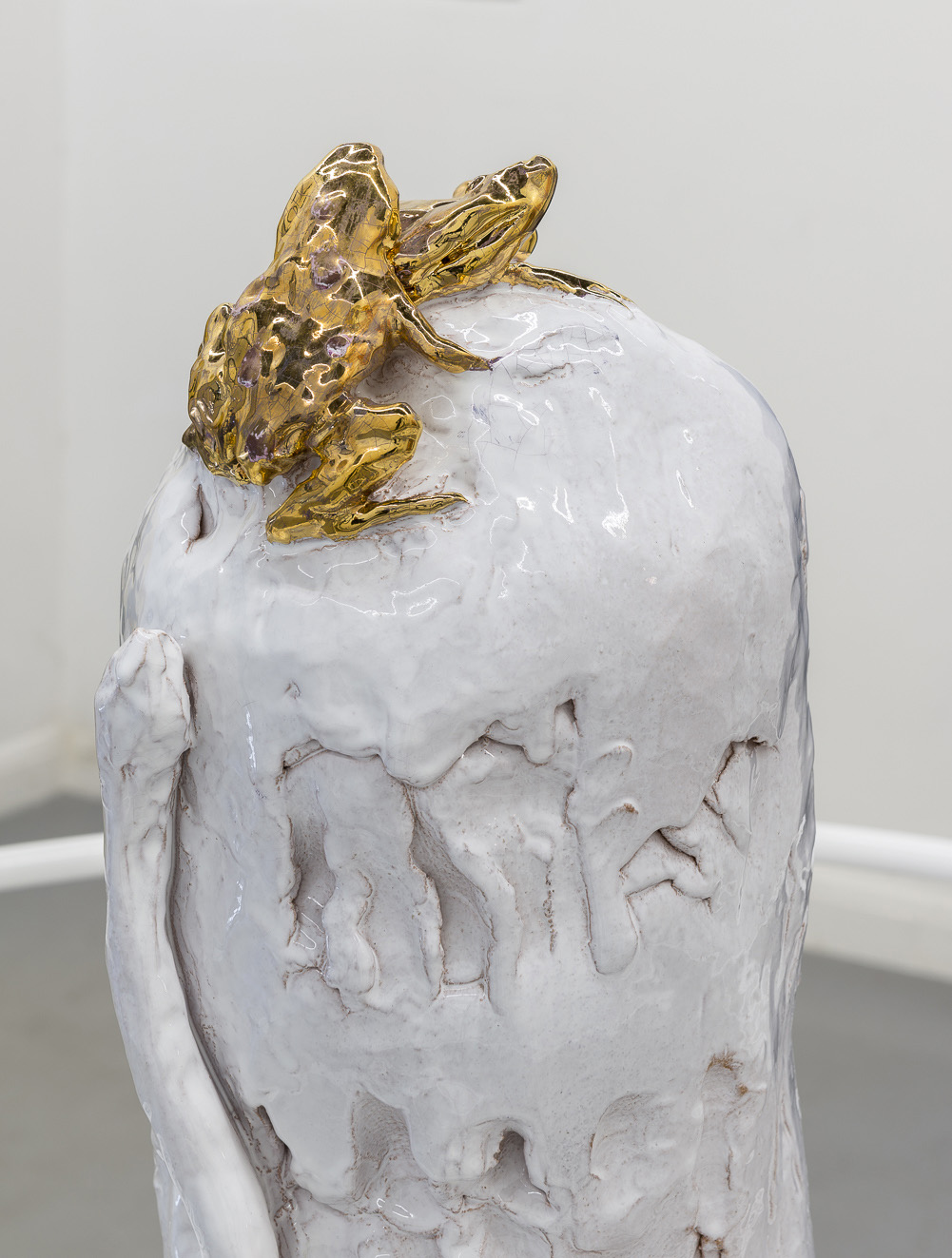 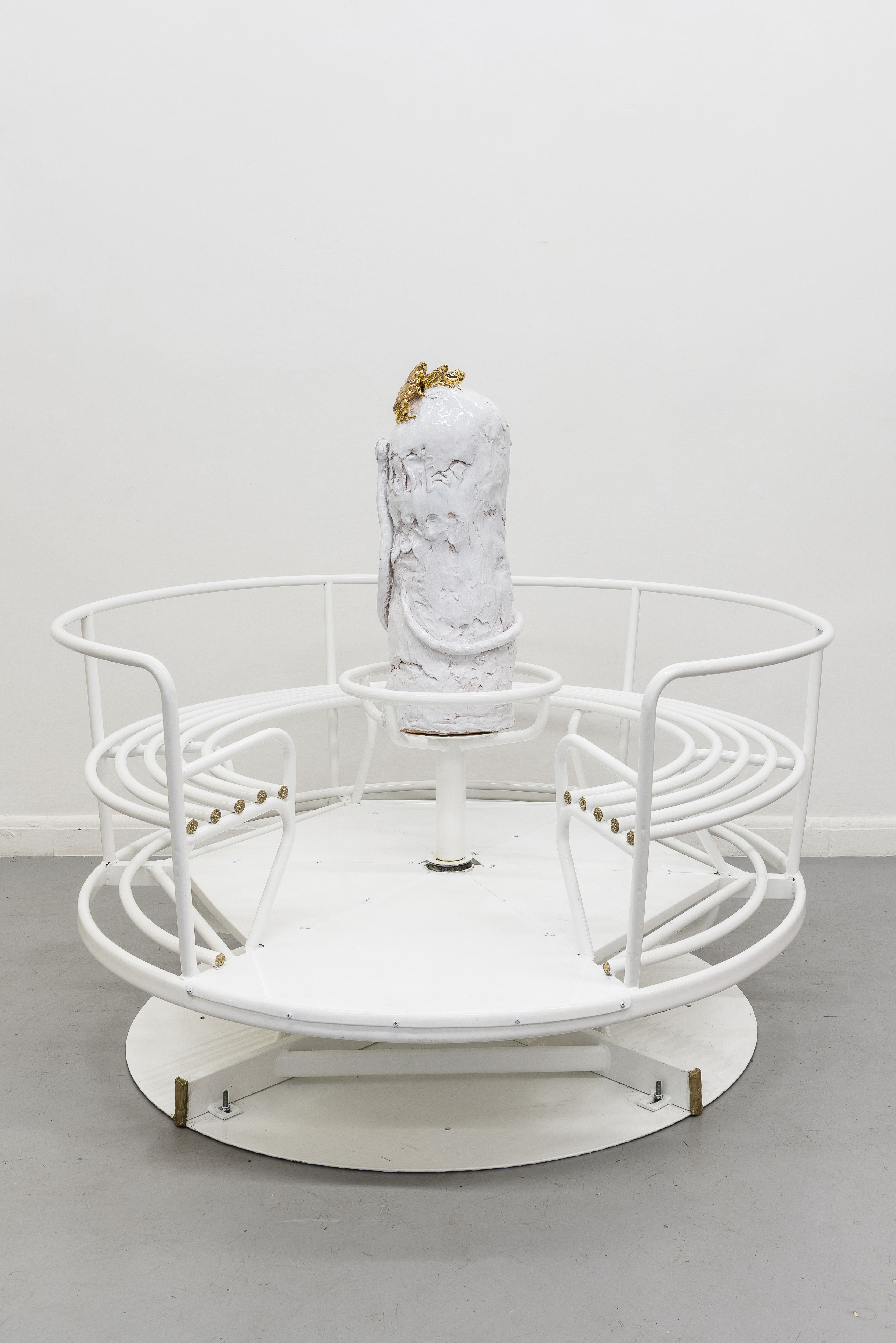 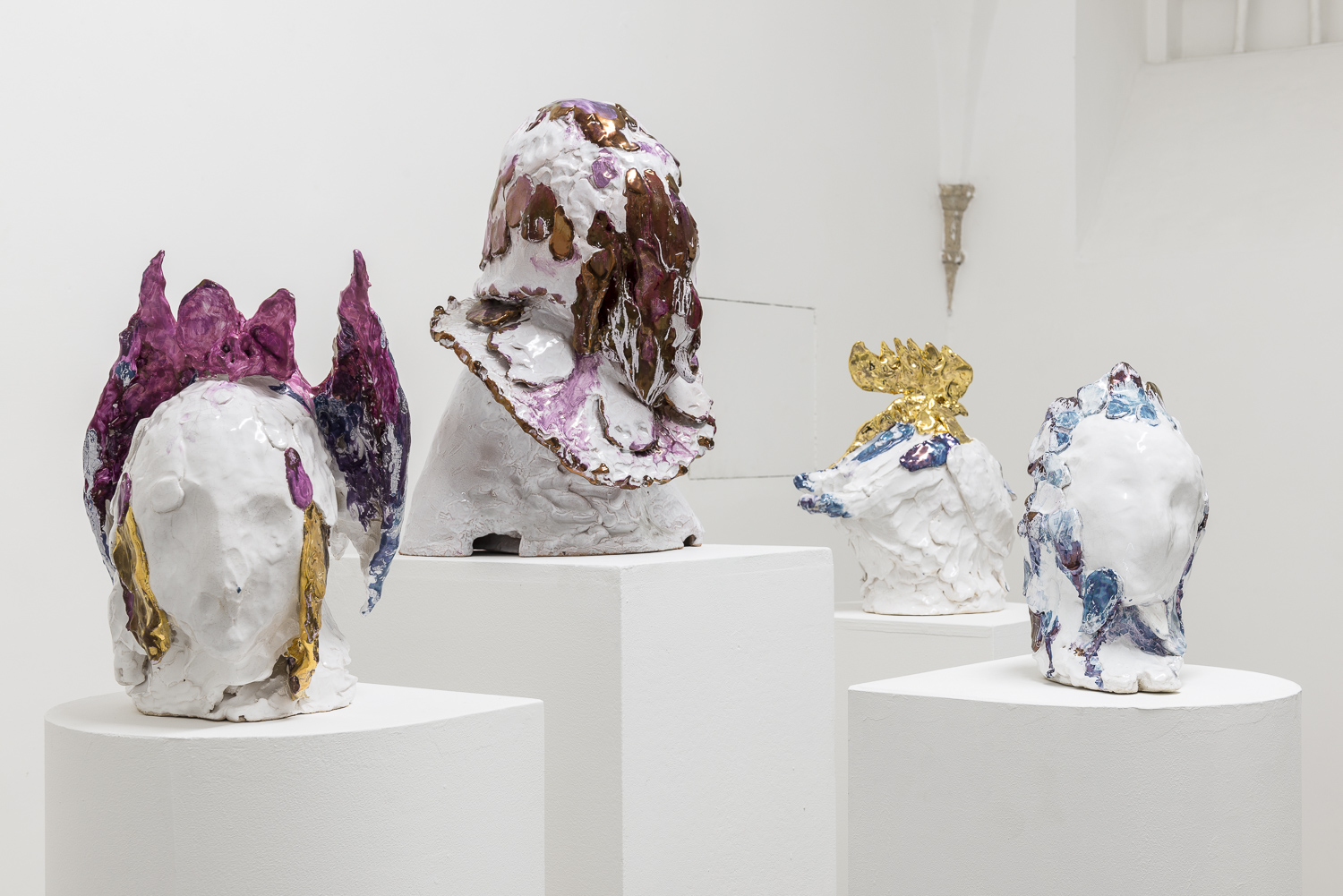 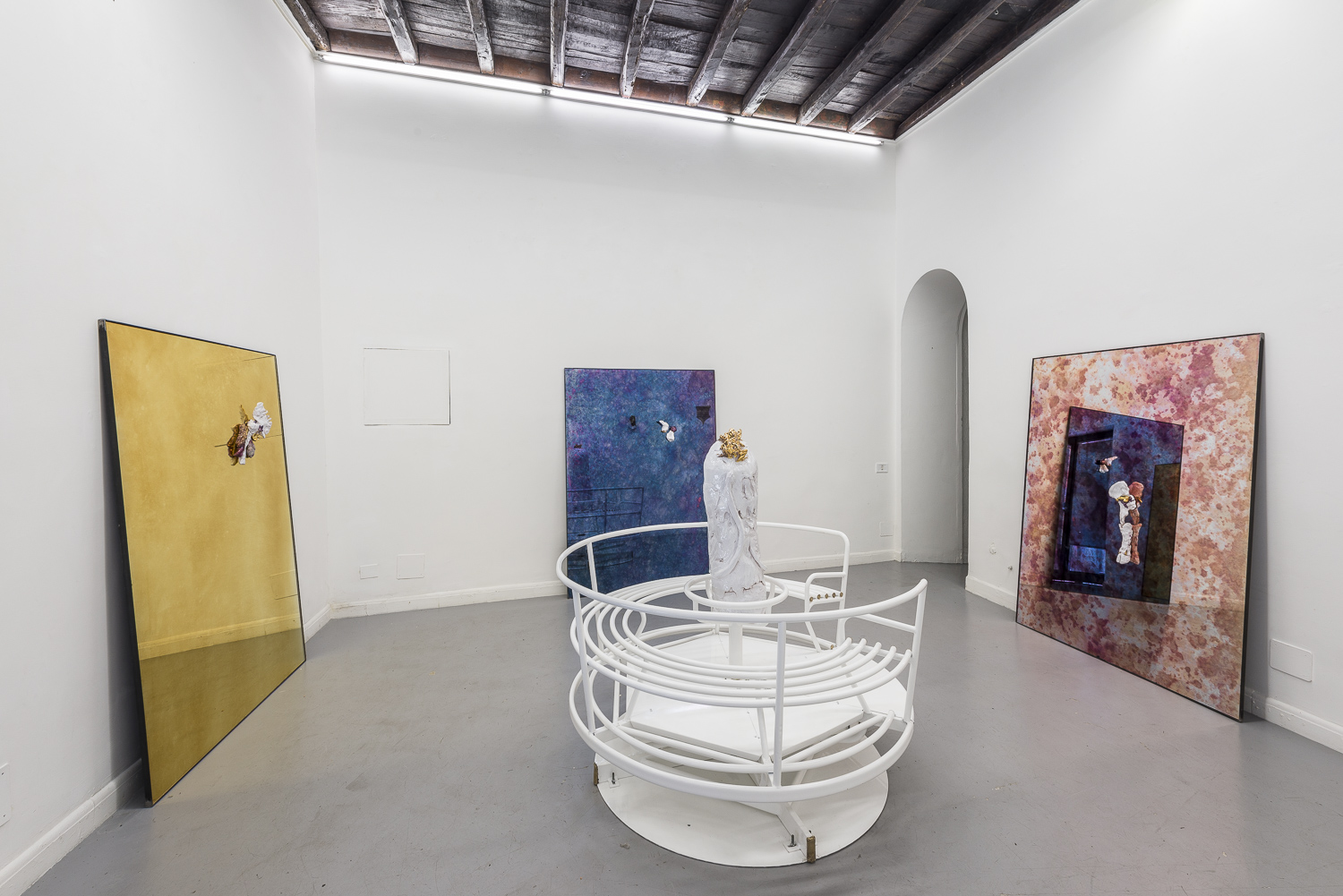 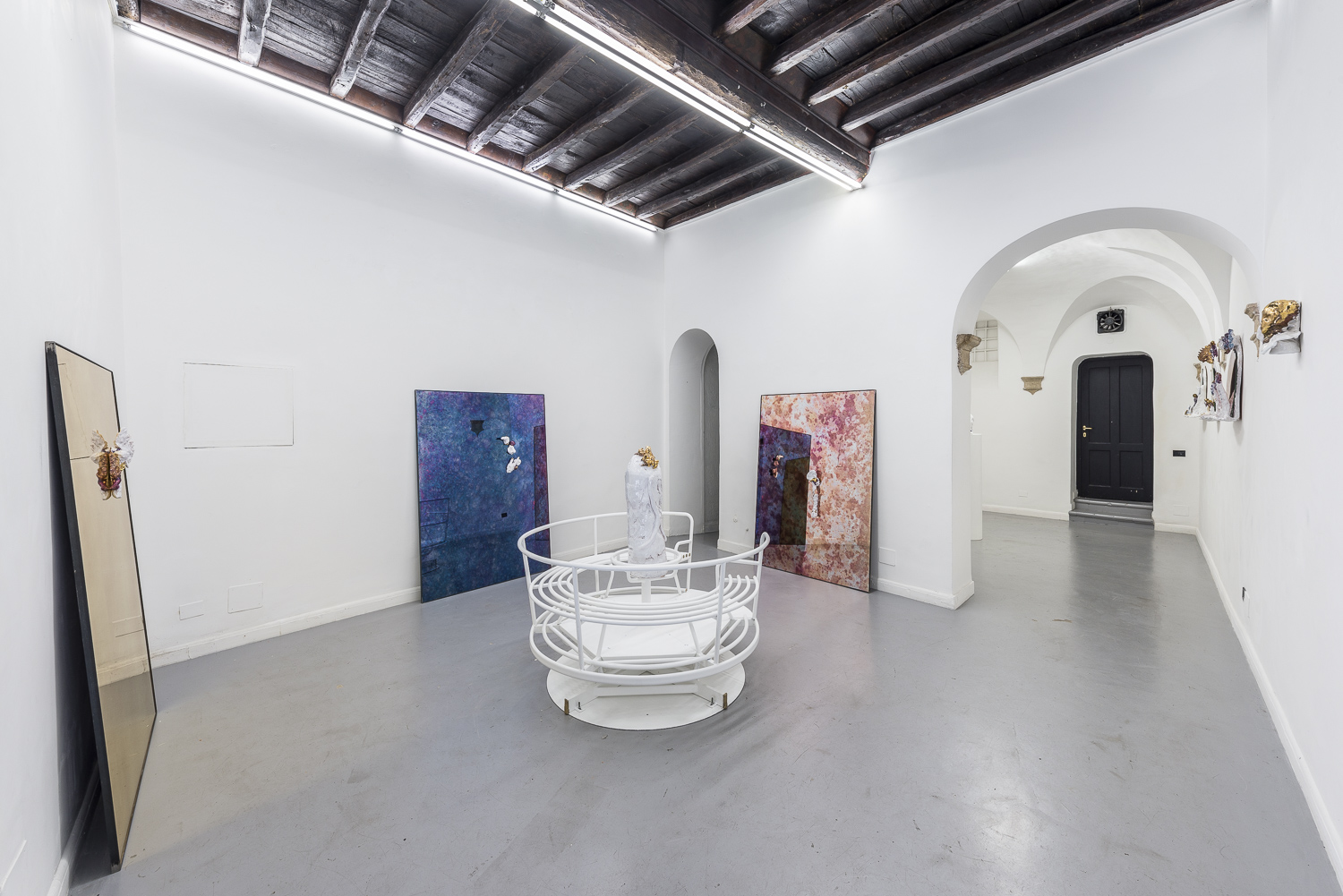 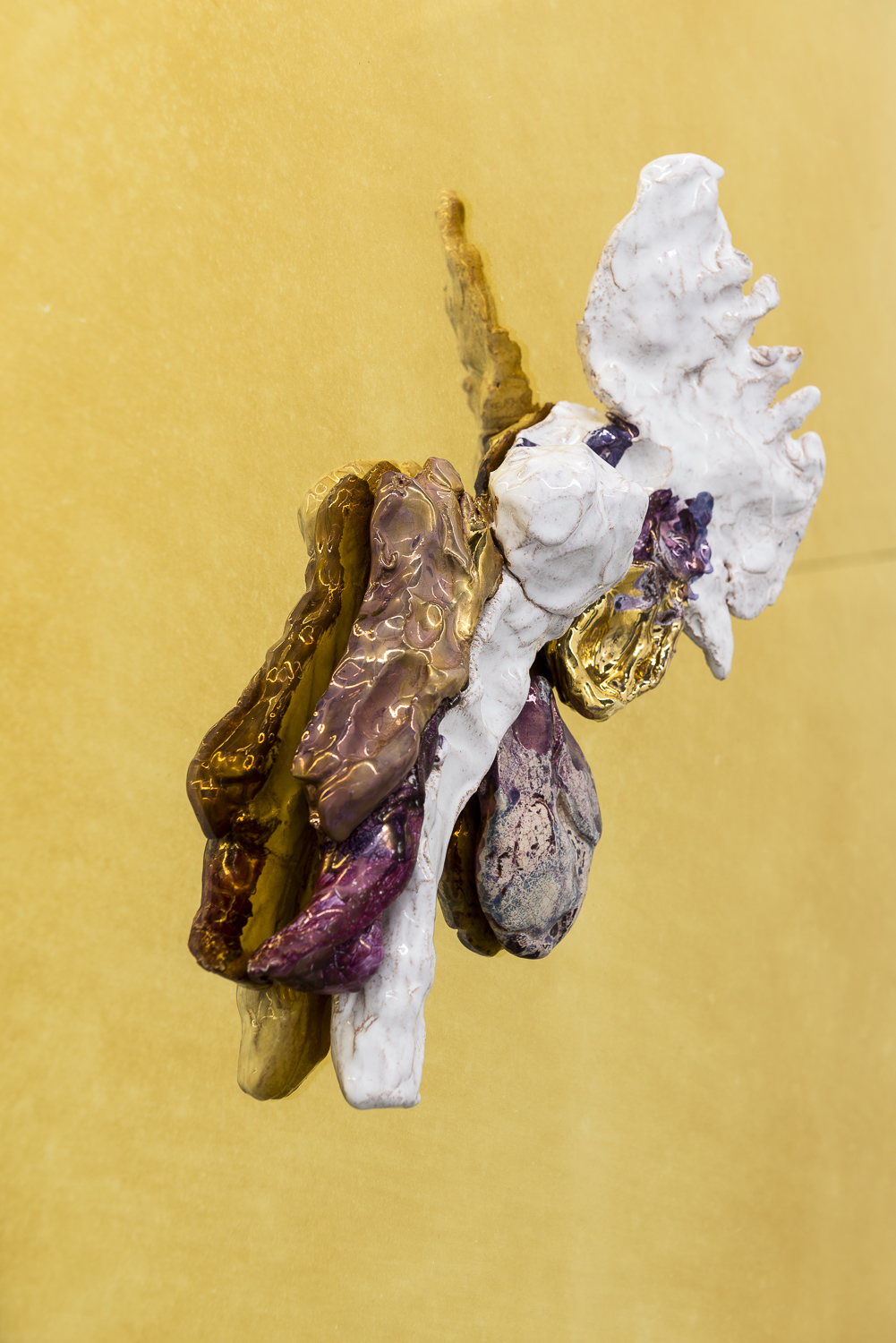 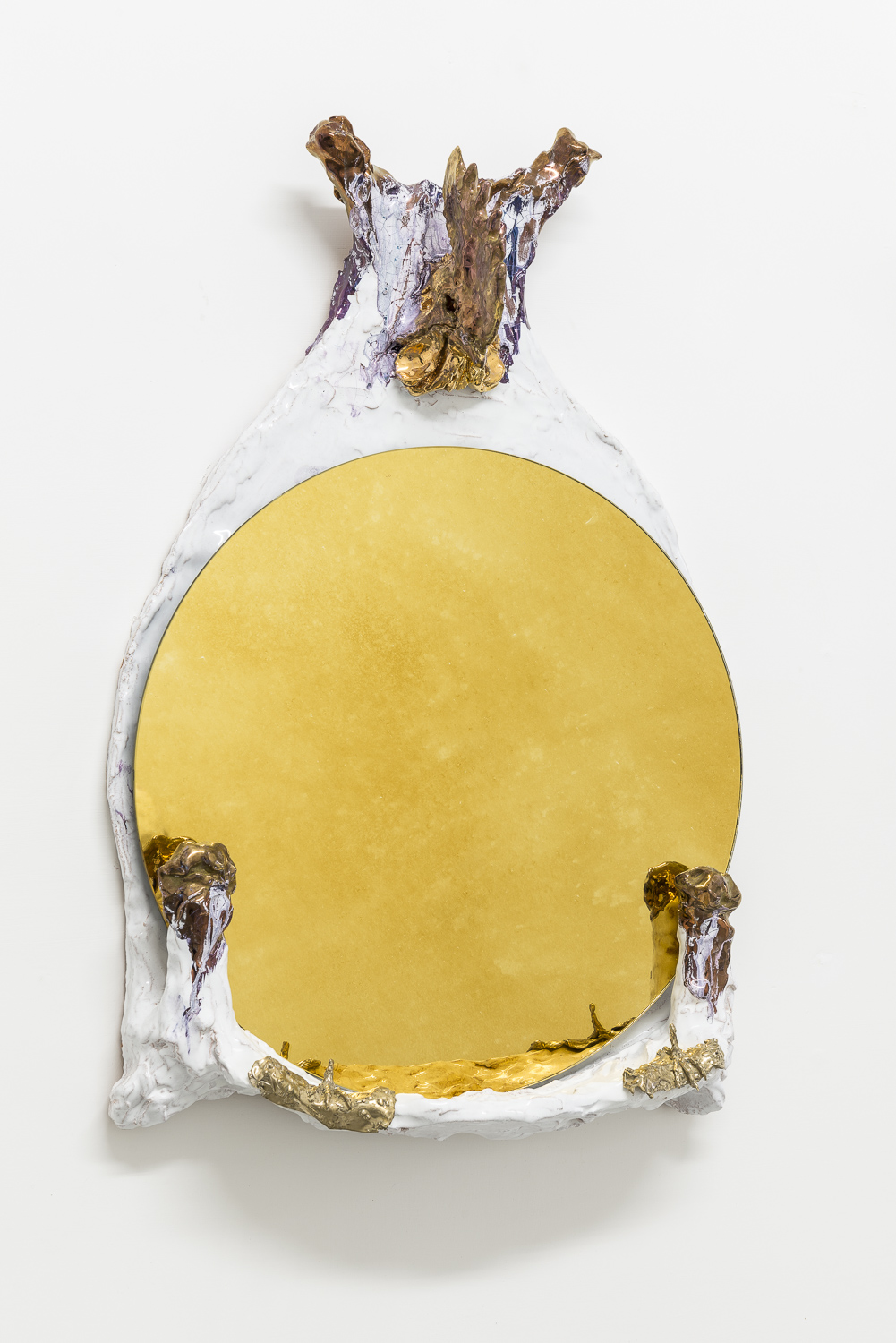 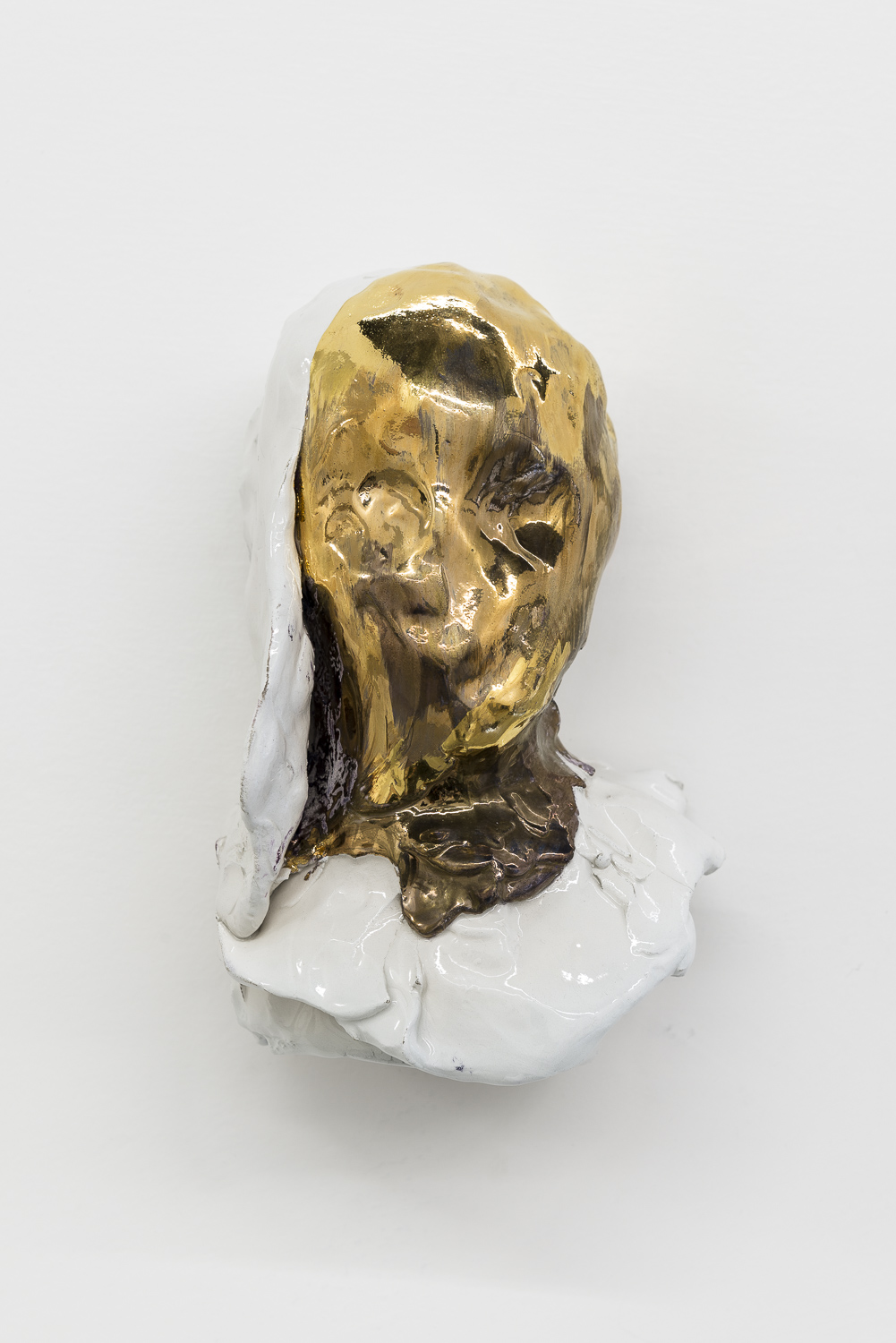 Emiliano Maggi (Rome 1977) lives and works in Rome. The multi-faceted artist’s research has always succeeded in combining psychedelic scenarios to mythological symbolism, rituality and rural iconography made of fairy tales and dreams to hypnotic scenes as in italian 70‘s horror movies. All these elements are narrated by a polyhedric production that ranges from performance to jewellery production, from the praised musical project Estasy to pictorial and photographic works.