Saul Leiter: The Poetry of colour

Saul Leiter: The Poetry of colour

After World War II the centre of the arts shifted from Paris and Europe to New York and the United States which offered shelter to the artists who fled from the conflict and joined the local ones in order to start a new chapter of contemporary art. Saul Leiter, for example, was very impressed with photographer Henri Cartier-Bresson, whose works were exhibited at MoMA in 1947 after he founded the photography agency Magnum Photos with Robert Capa and David Seymour in New York in the same year. His friendship with photo-journalist Eugene Smith and seeing Cartier-Bresson’s production, inspired the young Leiter to devote himself to photography as well as painting. 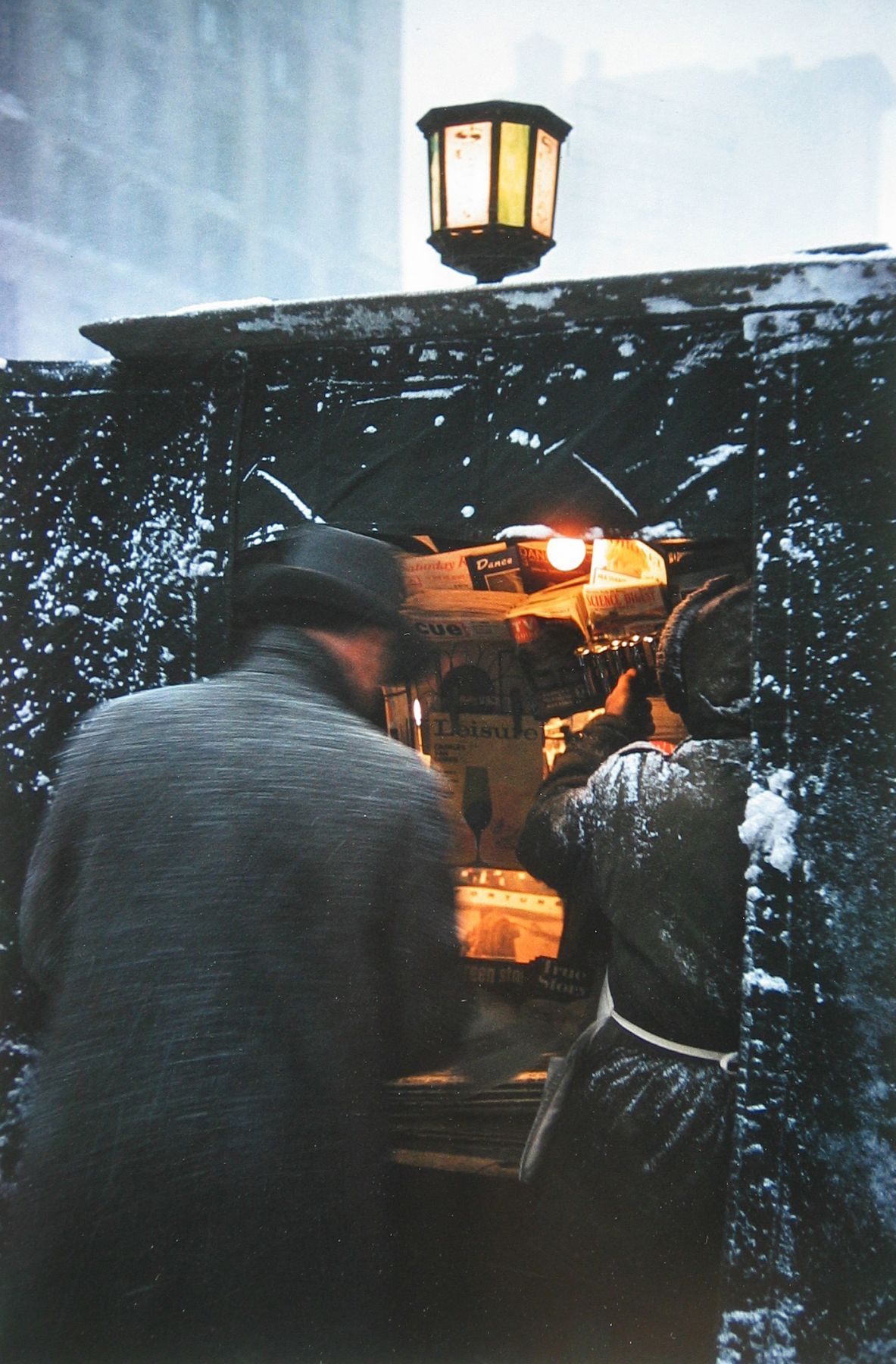 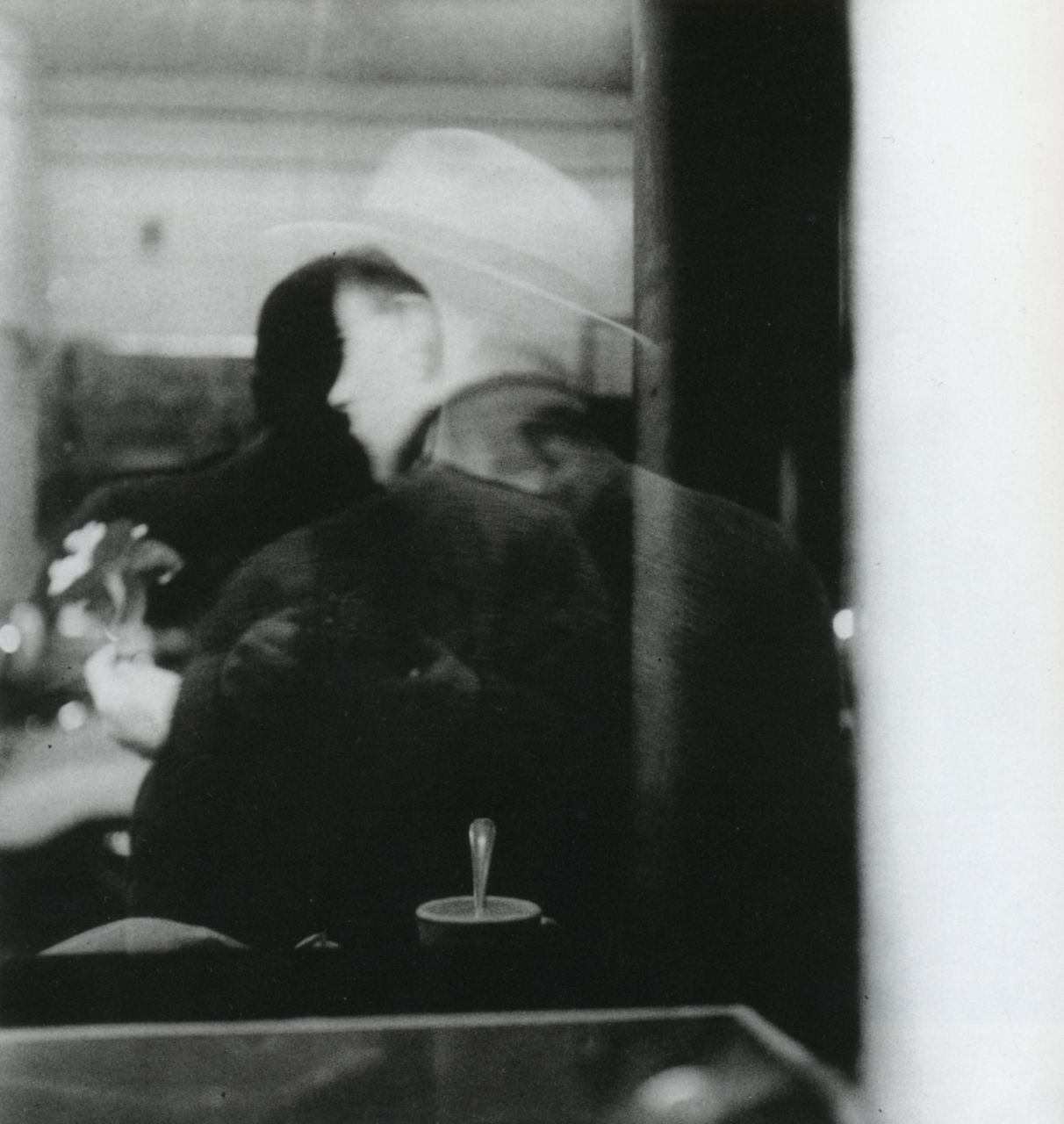 Born in Pittsburgh in 1923, son of an important Rabbi, he started studying theology at the Telshe Yeshiva Tabbinical College in Cleveland but left in 1946 in order to live in the Big Apple and pursue his desire to become a painter. There he came into contact with the Abstract Expressionist movement and joined the New York school which led him to start his photographic works, first in black and white and subsequently in color so much so that he was mentioned as a color photographer in the conference held in MoMa in 1957 by E. Steichen “Experimental Photography in Color” where 20 of his shots were displayed. Leiter was one of the first to experiment and understand the potential of color photography, when black and white was the norm, he tried to push the boundaries without setting limits upon himself, photographing different subjects such as nudes, still lifes, portraits, urban landscapes, and creating well-orchestrated hybrids. 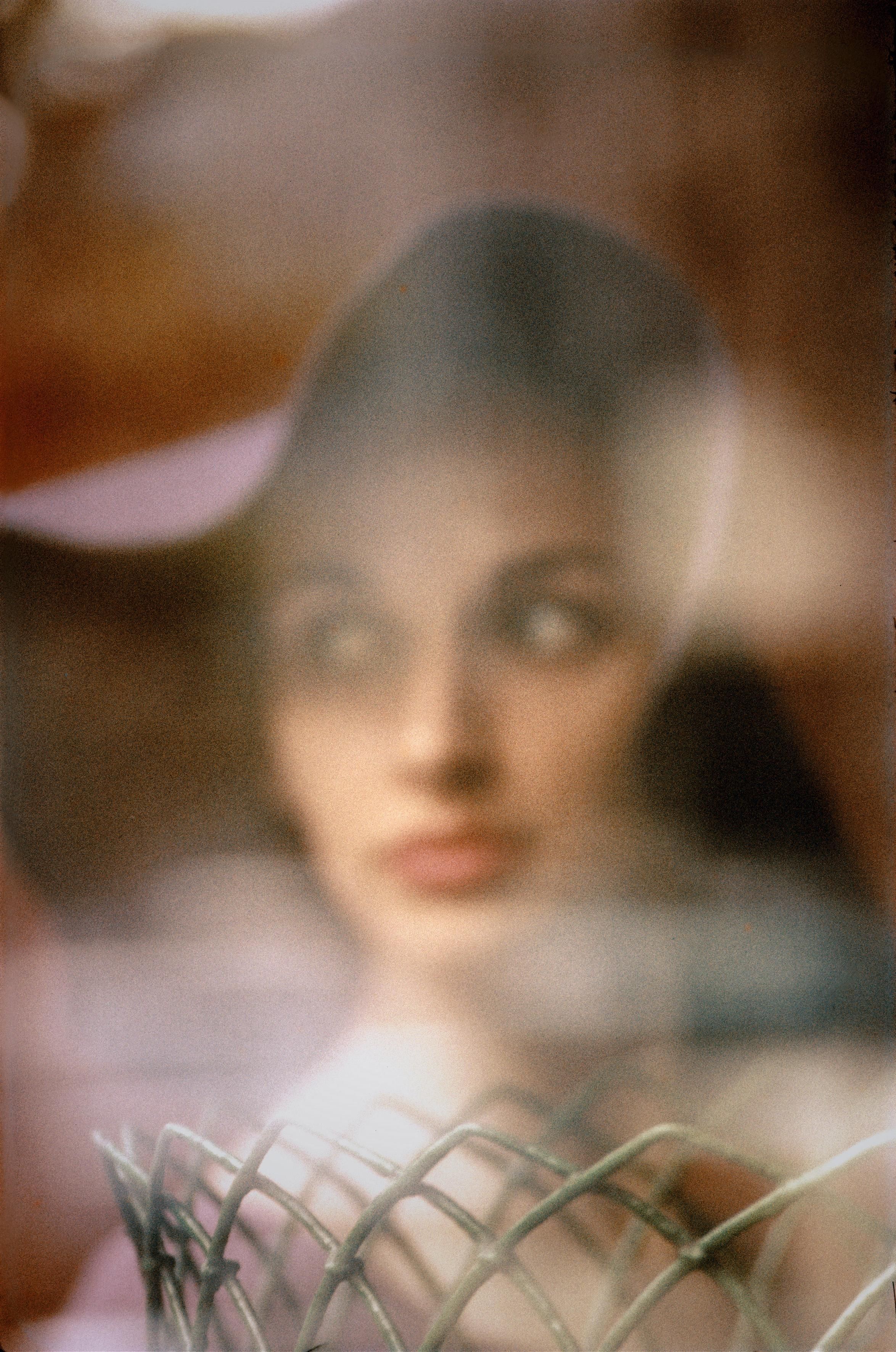 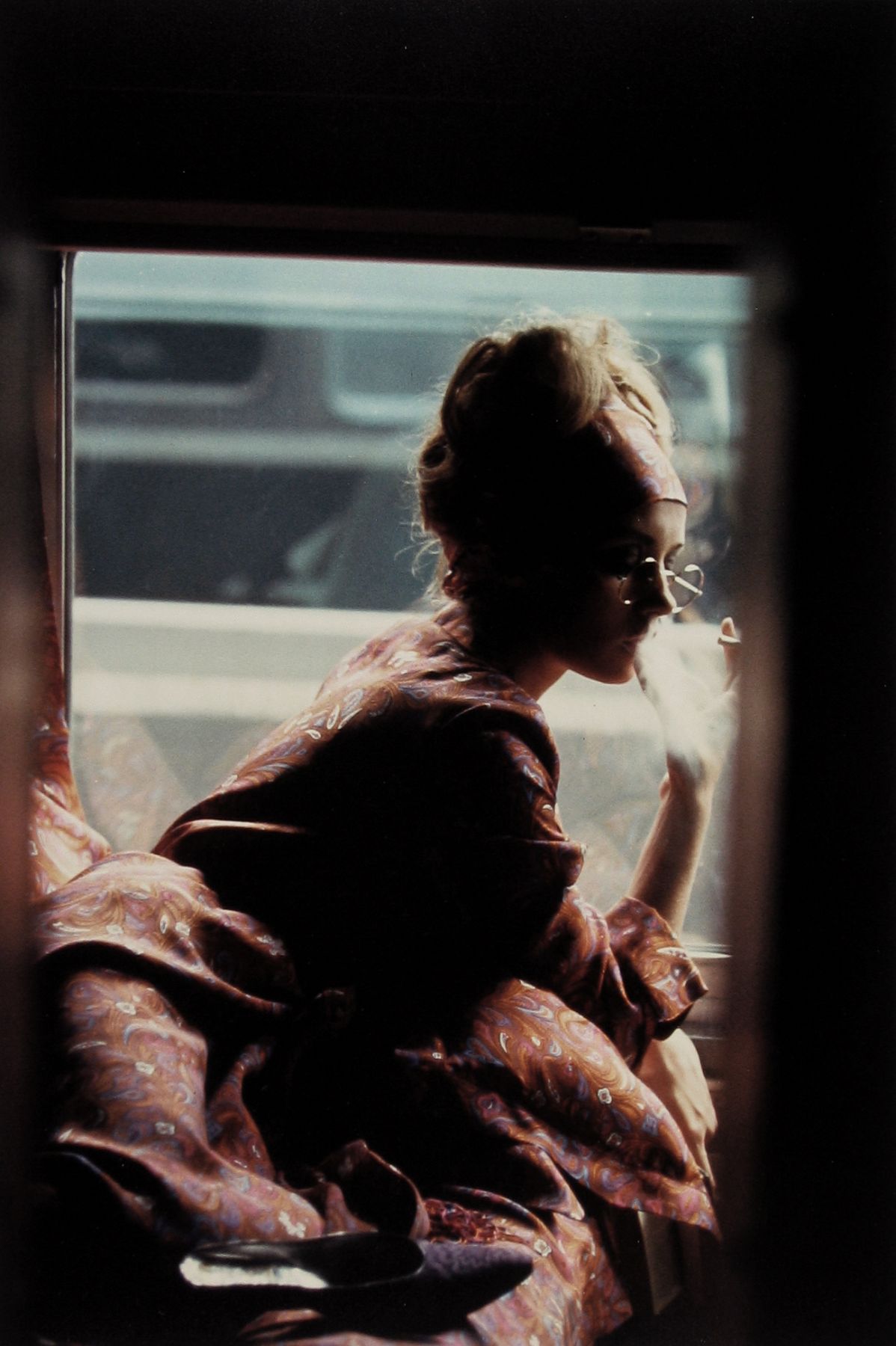 Even though he worked in the fashion industry for about twenty years, between the 60s and the 80s and publishing his shots in Harper’s Bazaar, Elle, British Vogue, Queen and Nova, he was rediscovered thanks to his pioneering role in colour Street Photography when his production was exhibited in 2008 at the Cartier-Bresson Foundation in Paris. Together with H. Levitt, Saul Leiter is considered one of the few who managed to be consistent both shooting in colour and in black and white; in his shots the colour brings to life new meanings and new sensorial perceptions where chromaticism is weakened by a veil made of nostalgia and where New York landscapes appear as they’re seen more through the eye of an european than an american. 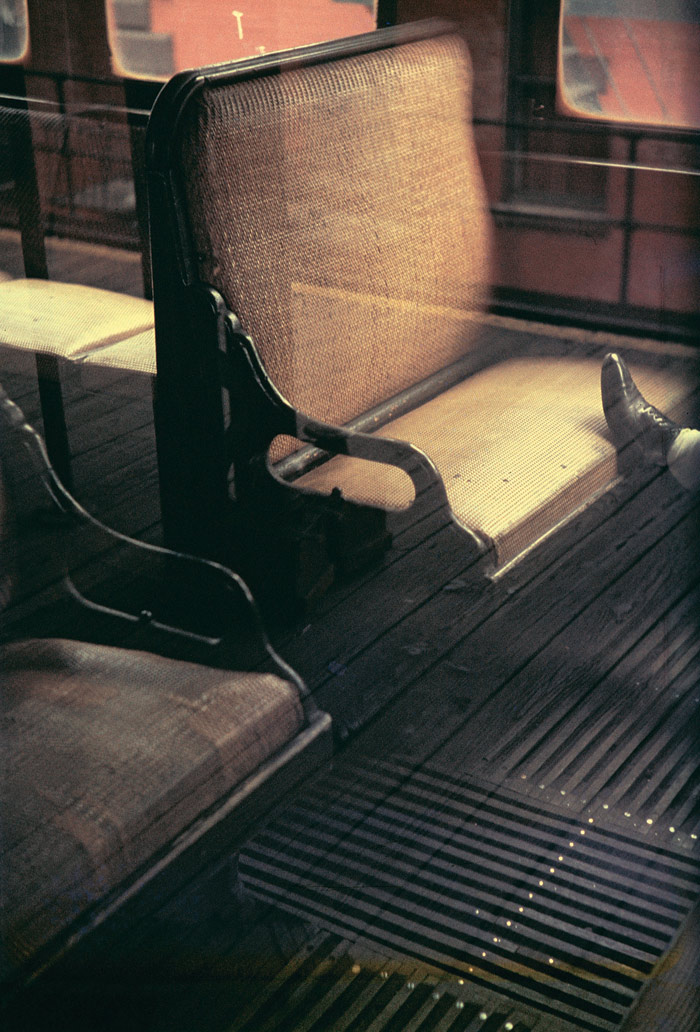 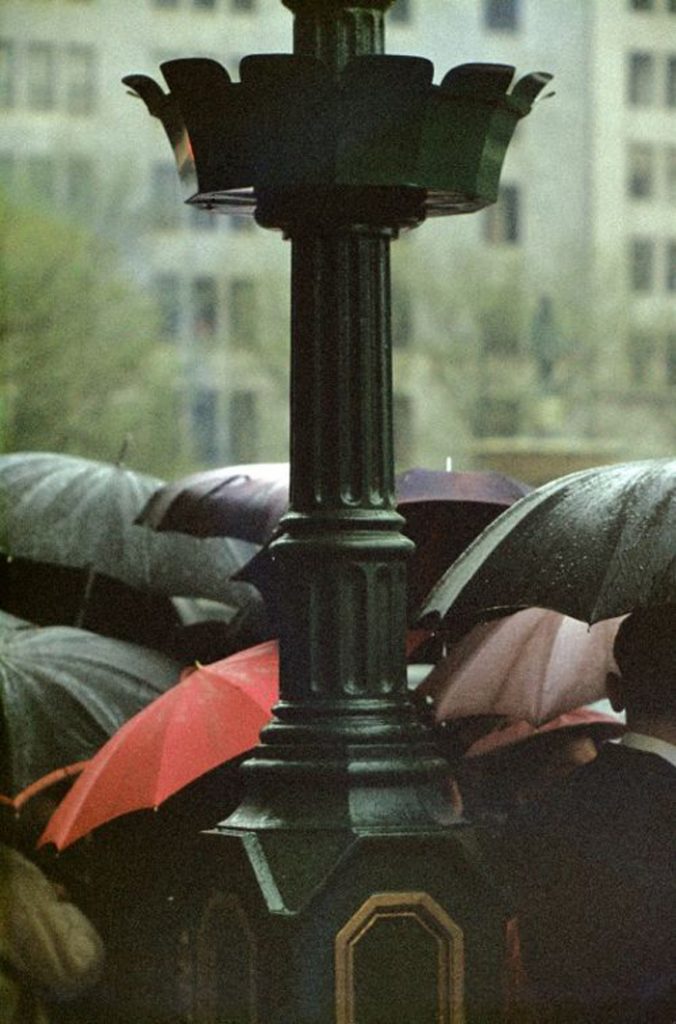 In this sense his works feel like scenic designs with adornments and characters covered in a thin layer of dust which gives the colour lyrical accents, making it historical and evocative of an unspecified time in the past but at the same time contemporary, perhaps a of a time near to Atget or  Brassaï and his collection “Paris de nuit” (1933) from which Leiter seems to have taken inspiration, especially with his use of the soft focus and condensed glass surfaces. Film director Giuseppe Tornatore once said “when one takes a picture of a stranger, in the exact moment the photo is taken that person stops being a stranger because one will keep it with oneself forever”. Could this be also valid for Saul Leiter? It doesn’t look like that’s the case. Human figures are treated like mere shapes, in a mix of voyeurism and indifference which turns pedestrians into anonymous living beings, sometimes pushed to the edge of the composition or cut off from view. Even so in Leiter’s photos there’s still poetry and also poetry that comes from the colors.