Baldo Diodato: Diodato tells the story of the young Baldo

Baldo Diodato: Diodato tells the story of the young Baldo

Rome. A thick wooden door, fastened with a noisy heavy latch, opens and Neapolitan artist Baldo Diodato (1938), tells us to watch our heads and invites us to enter his studio located in the basements of the Doria Pamphilj palace just next to Via del Corso. Sheets of aluminium, canvases, paints, tables and tools bundle up room after room defining a path which seems to unravel a long and happy story. Remembering his artistic career which involved the most iconic currents of the last fifty years, Diodato, amused, introduces us to his world and starts telling us about what drove him to art with his characteristic passion and irony. “It was by chance! In the early 50s, just after the war, I saw an artist drawing in the street. I had never seen anybody drawing. I was fascinated to discover that his hand was able to follow what he saw and to perfectly reproduce it. So, once I got back home, I tried to do it myself but I realized that drawing required a lot of training; my hand wasn’t able to be as accurate as the one of the artist I saw in the street. I didn’t have enough time to learn, therefore I decided to put an image against the window and traced it on paper. And that’s what I still do!” he tells us sarcastically referring to his latest frottage production. 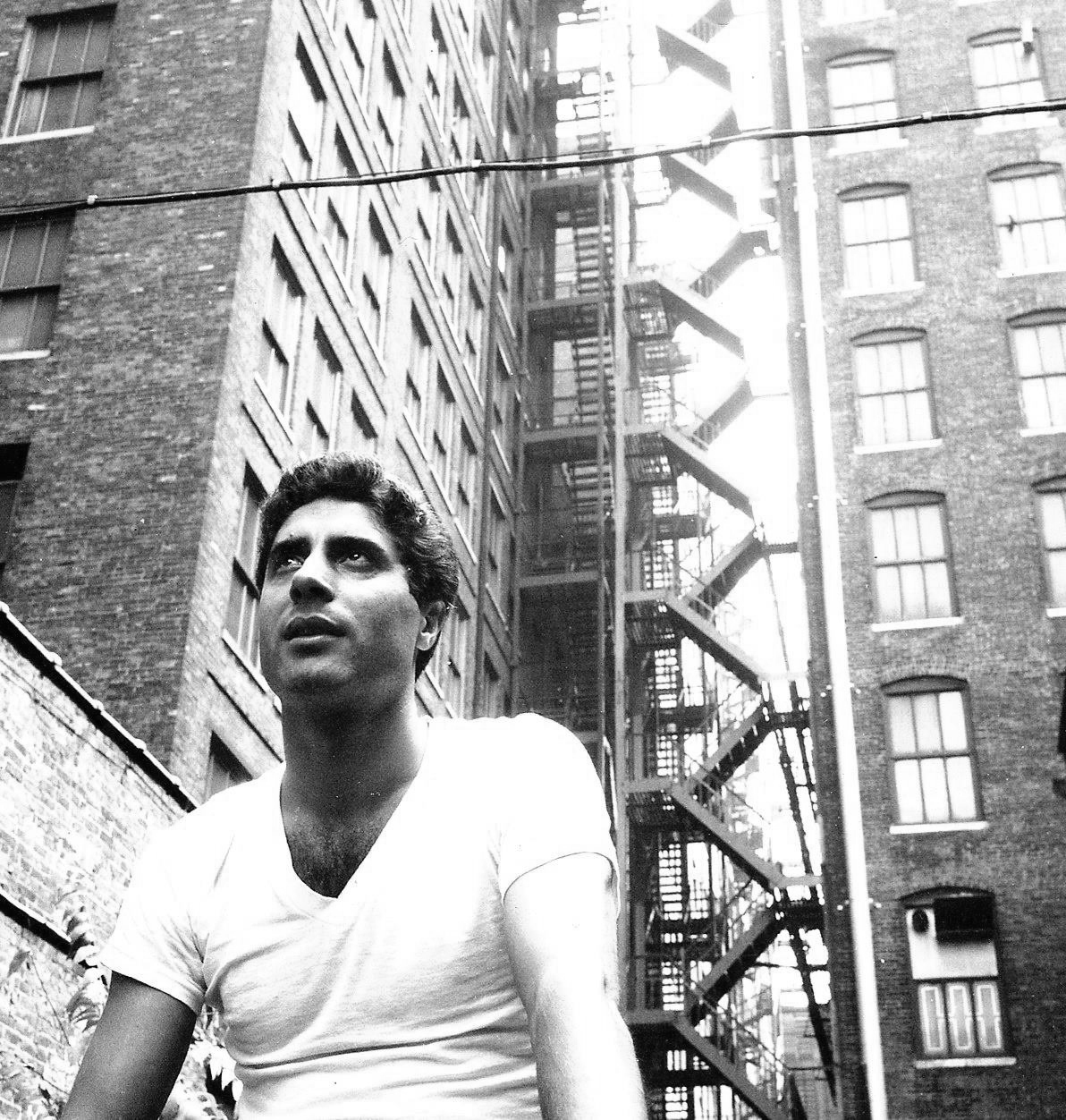 Baldo Diodato behind his studio in Chelsea, Manhattan, in New York City

Then came the years at the academy, studying, researching but also, and especially, random circumstances: “It was 1963. I had just been given my salary – at the time I was driving trains – and while I was going down a road I saw a man walking with a basket full of flowers and fruit made of plastic. I liked it so much I bought the whole thing and made it into sculptures. When the Pop Art movement arrived in Italy and I realized the similarities it had with my works, the curiosity led me to go to New York”. And it’s in the Big Apple that the idea of molding floors, a central part of the artist’s work, starts taking shape: “Once I arrived in the United States I felt the immediate drive to confront myself with something different from what was the most popular current at the time, the Minimal Art. The idea came to me looking out of a window: I saw people walking like crazy ants and I had the irresistible urge to record that frenzy. So I decided to put a canvas on the sidewalk but at the beginning people were inhibited and didn’t want to step onto that white clean rectangle. Luckily that care didn’t last long and in one hour I had my first painting made of imprints.” 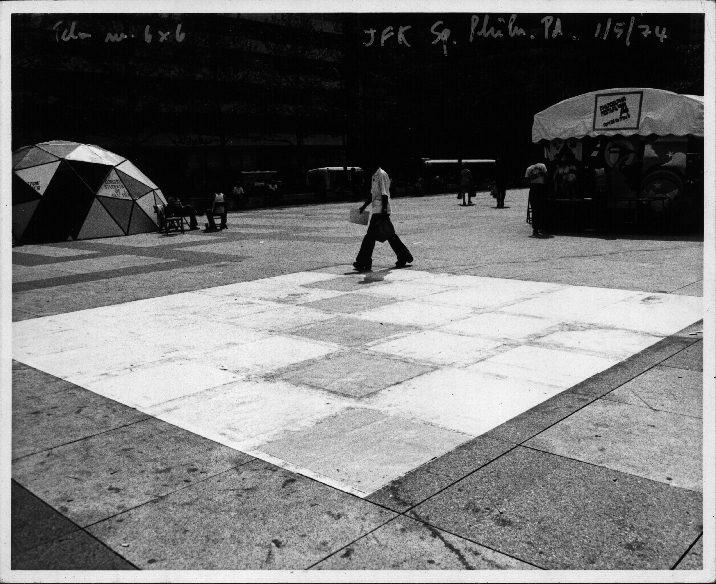 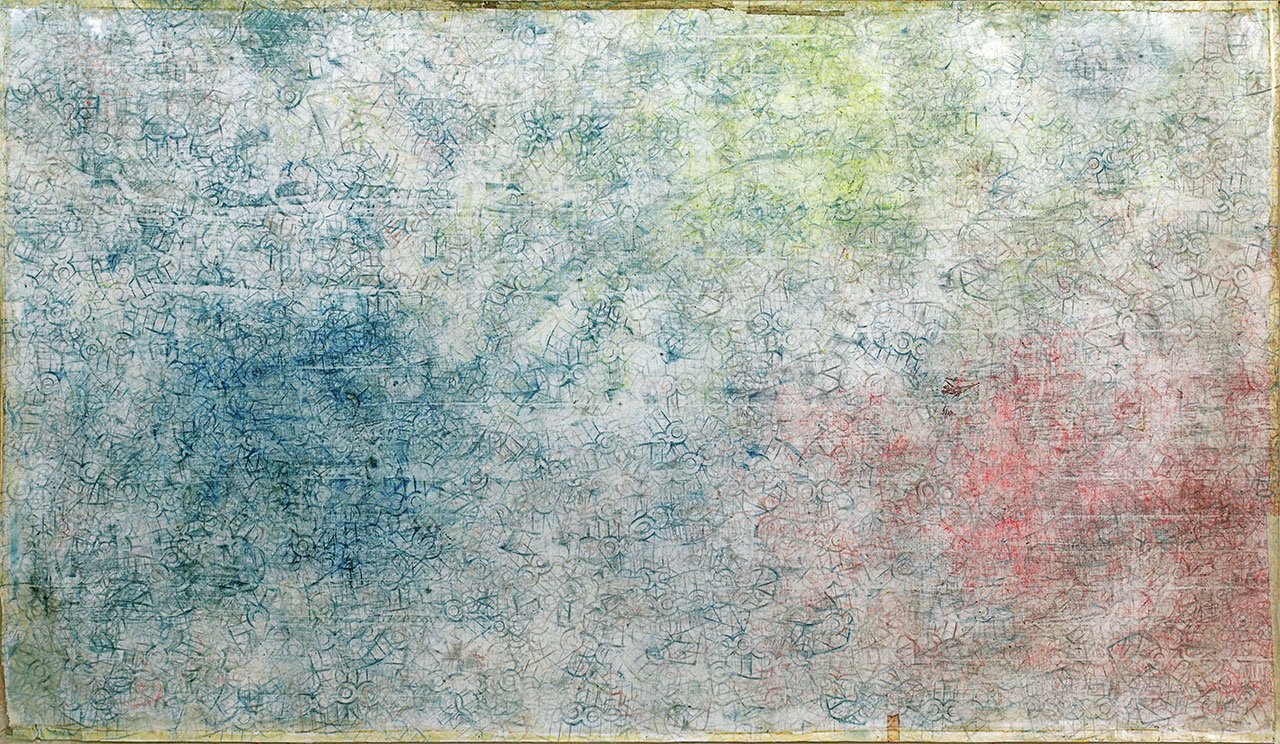 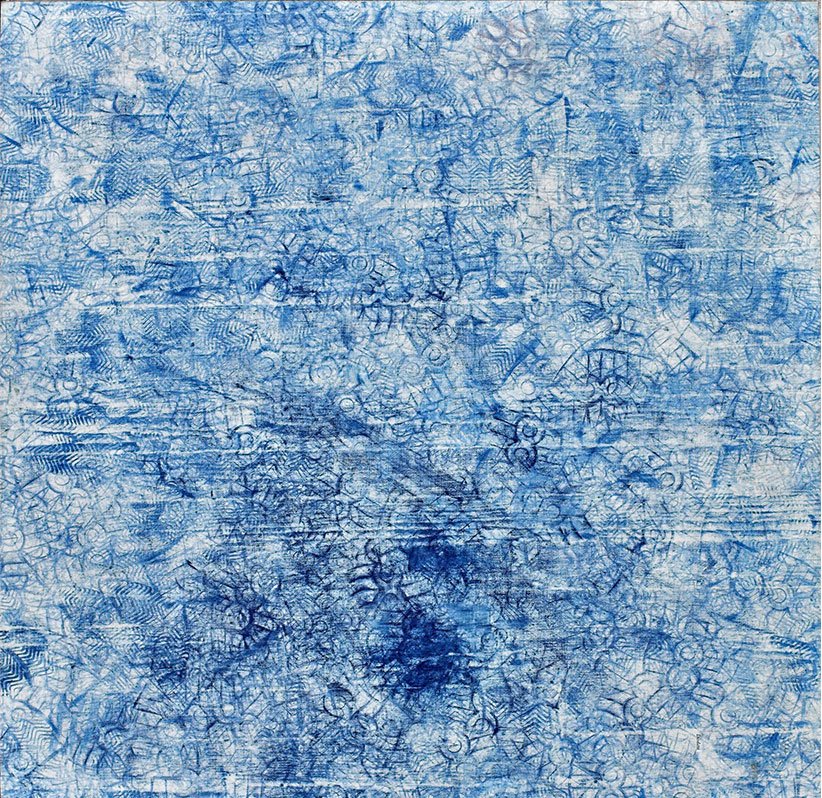 The evolution and the creative development of molding in Diodato’s artistic journey can be exemplified into the great exhibition in New York at the Alessandra Gallery in 1976. He recalls: “During that time I was Honorary Consul and I had access to many documents and I had to have copies of lots of paperwork. So I used copy paper everyday. That made me realize that a copy, even though it can be very similar, it’s never the same as the original. I paved the Gallery using copy paper in between two layers of canvas so that the imprints from the visitors would make an original and a copy underneath it.” 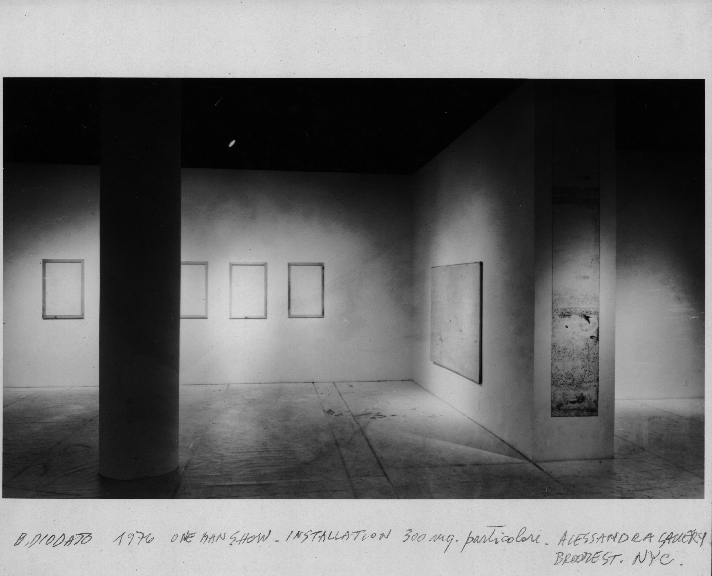 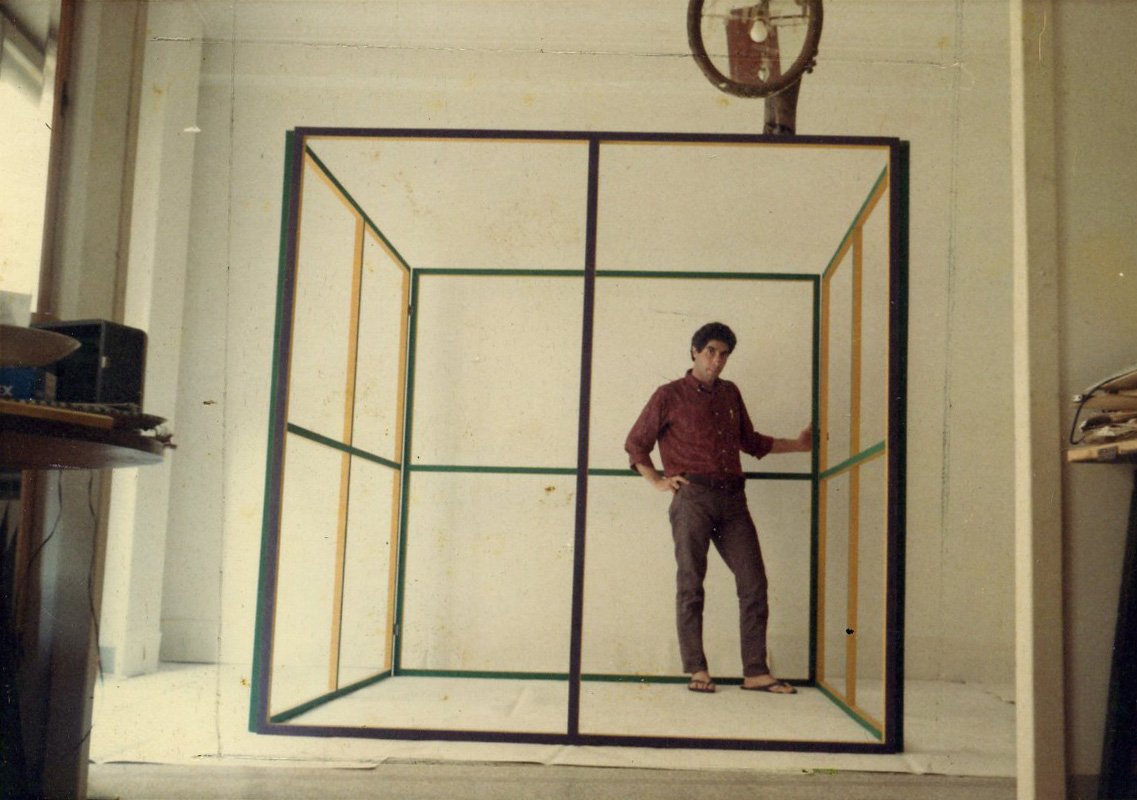 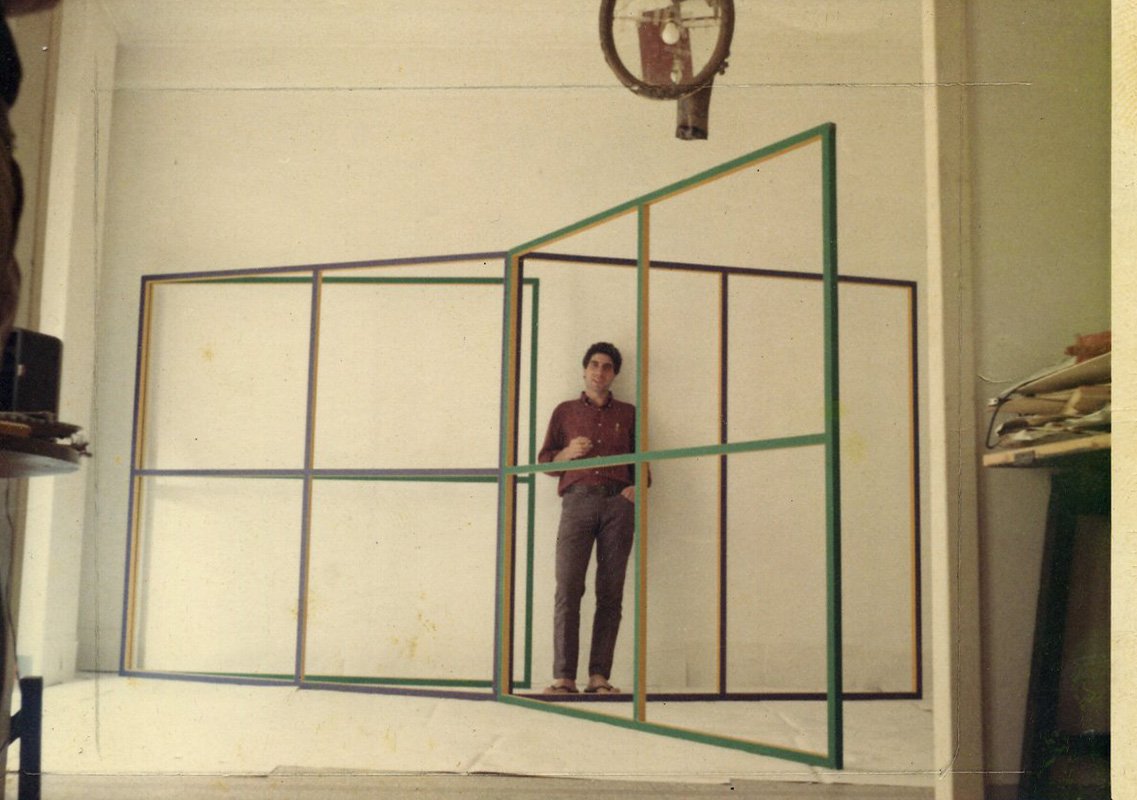 Diodato continued researching and experimenting: “at the same time because of my bureaucratic job I had to fill out Life Certificates from which I took inspiration for my Friendship Certificates, essentially conceptual works”. In the eighties the artist goes through another creative phase, different from the previous one in contents and form. During this period he focuses on large-scale works, often coloured, festive and garnished with sequins, Diodato defines these pieces as “a mix of Neapolitan kitsch and New York kitsch by adoption”. 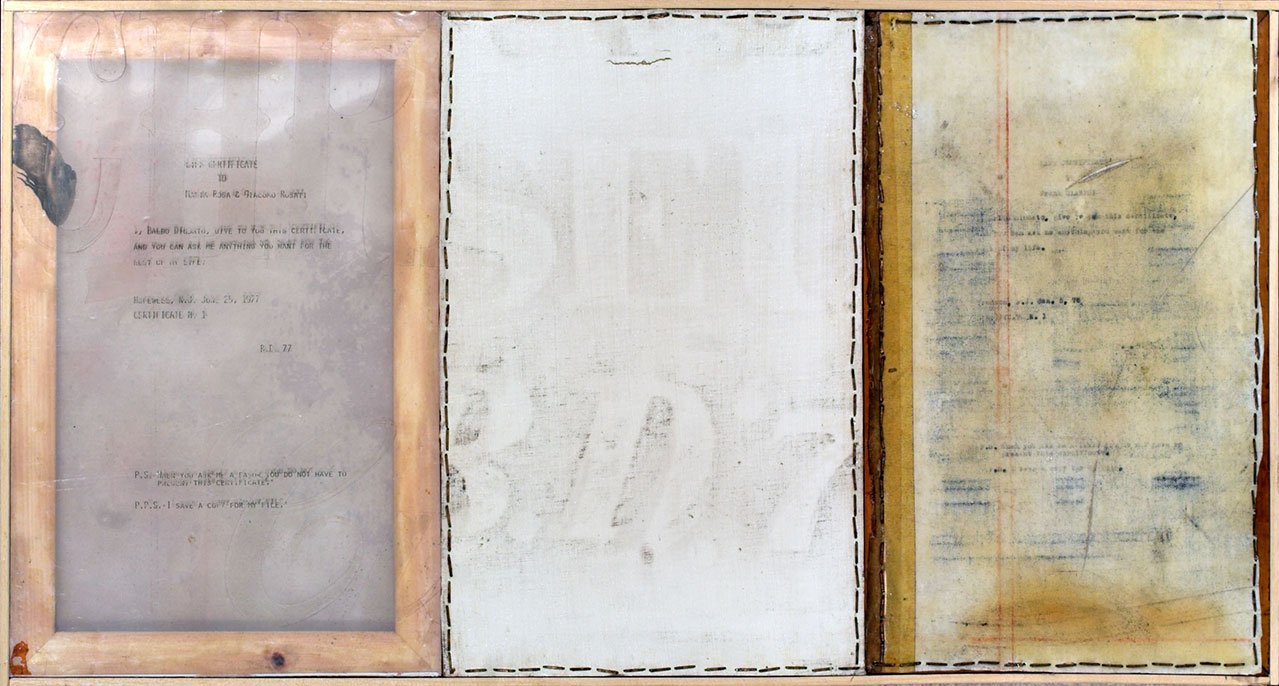 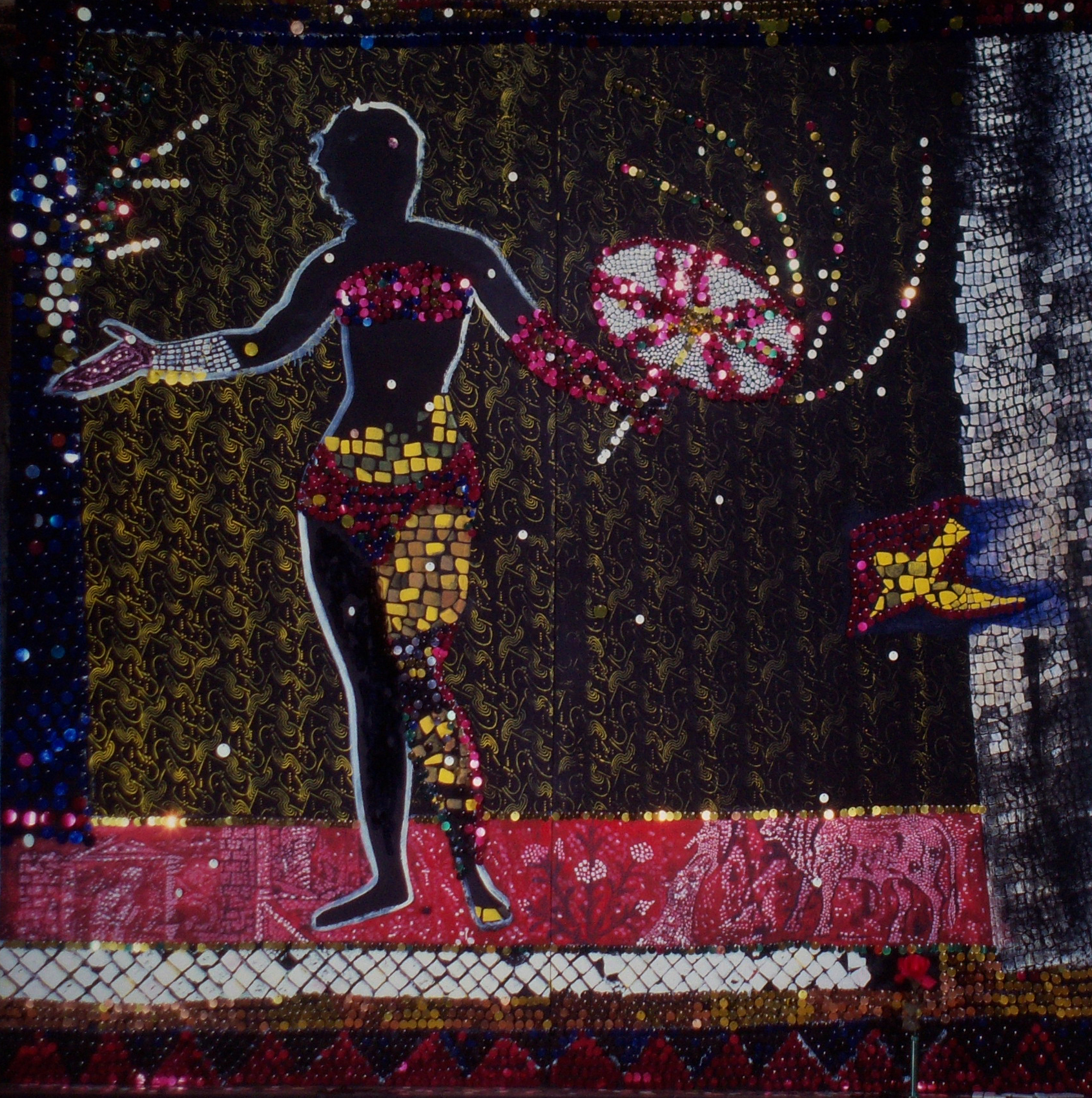 In 1992 he decided to go back to Italy, more precisely to Rome, after more than twenty years of “voluntary exile”. Here in the year 2000 another artistic turn in his stylistic career, this time linked to frottage: “In Rome I fell in love with the sampietrini (typical kind of pavement found in several cities in Italy) I started walking on them and I never stopped. As the study where I work is very humid I realized I couldn’t use paper nor canvas. Then I just adjusted to the new circumstances and I decided to use aluminium”. 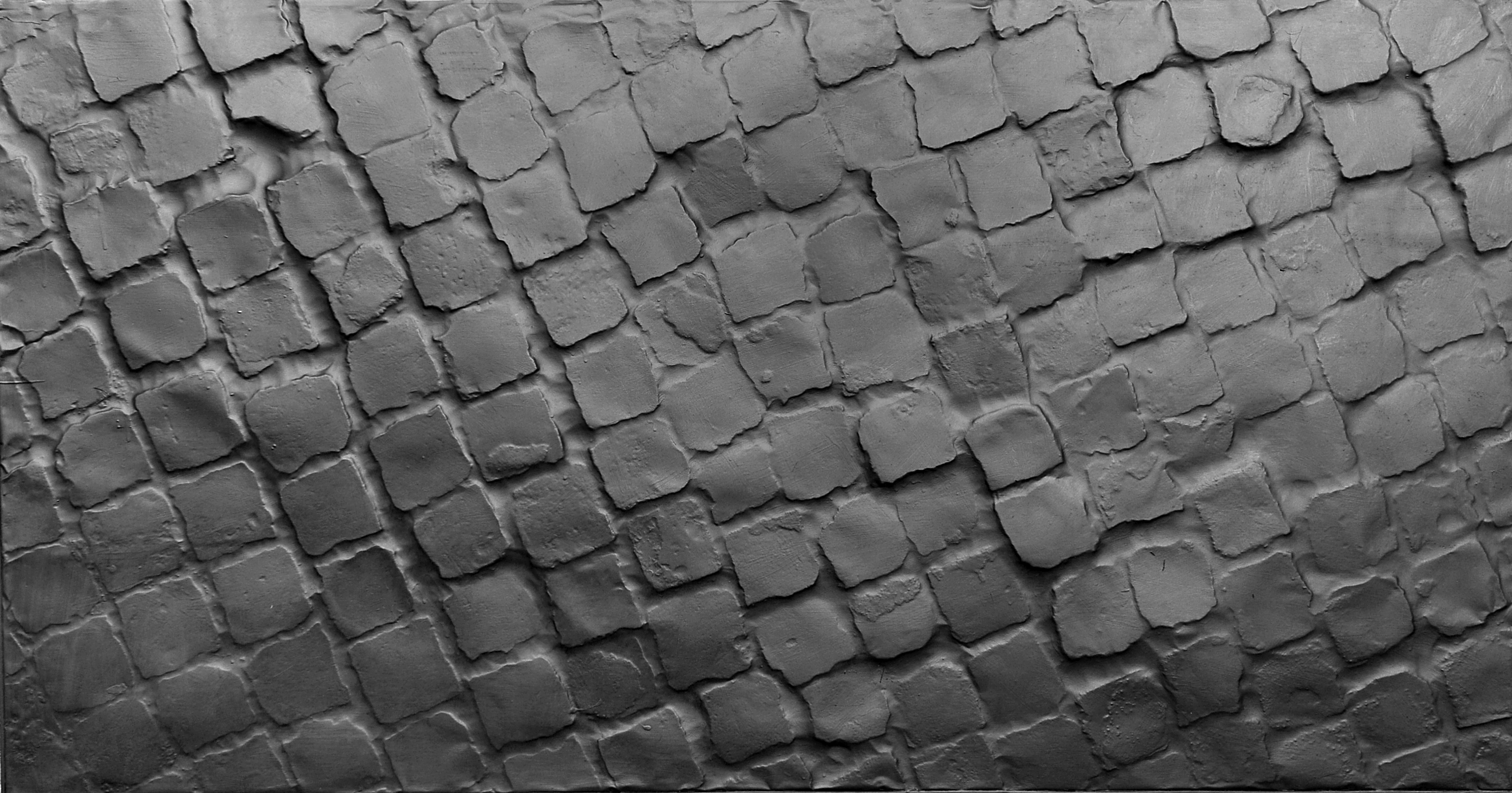 The results of this new technique are wavy and shiny metal sheets which are able to map places and collective situations with the individual imprints and with the street itself. “My work – he concludes – as a matter of fact has always been made from the contexts I found myself in and the everyday life I have to deal with”, dealing with art as a necessity.