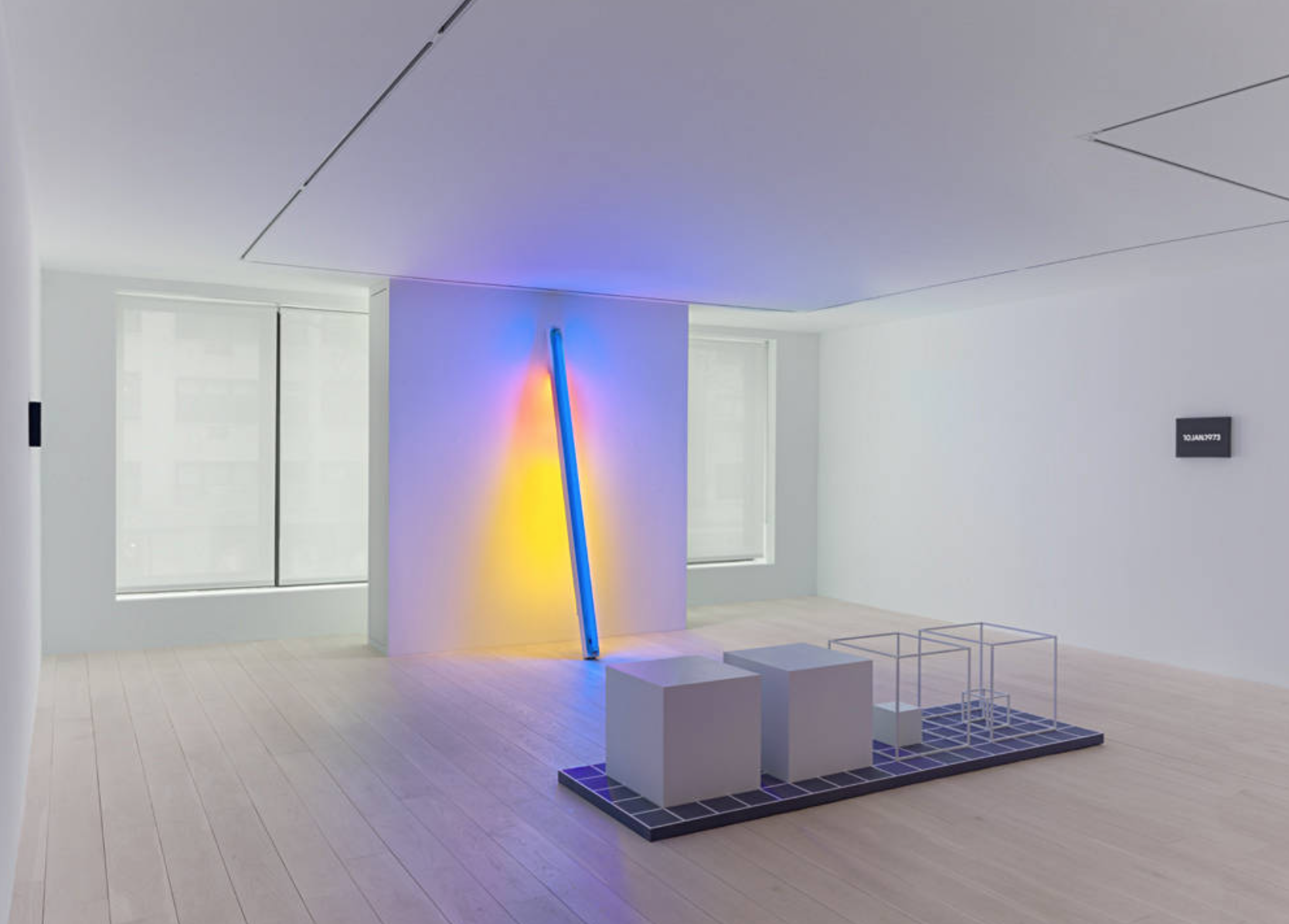 The exhibition “Carl Andre, Dan Flavin, On Kawara, Sol LeWitt: Early Works” at Mignoni Gallery in New York, brings together six early examples of works in varying media created in the late 1960s and early 1970s. The grouping serves as an exploration of the relationship between minimal and conceptual art as established and expanded by these four artists. ‘It isn’t necessary for a work to have a lot of things to look at,’ the artist Donald Judd wrote in 1965. ‘The thing as a whole, is what is interesting. The main things are alone and are more intense, clear and powerful.’ This notion that the simpler a thing is, the more powerful it becomes is a central tenet of the late 1960s American art movement known as minimalism. It is also a concept that lies at the heart of the six very different works of art in this show. The term ‘minimalist’ (first coined to describe the art of Russian Constructivism) is one that has now entered common parlance as meaning austere, functional and bare. As a label for an art movement however, it was a description that was never accepted by any of the artists most closely associated with it. The six works in this exhibition are all early examples of art created in the late 1960s and early 1970s by Carl Andre, Dan Flavin, Sol LeWitt, and On Kawara. These young, American artists, often associated with minimalism and what later became known as conceptualism, all lived, worked, and exhibited (often together) at this time in New York. 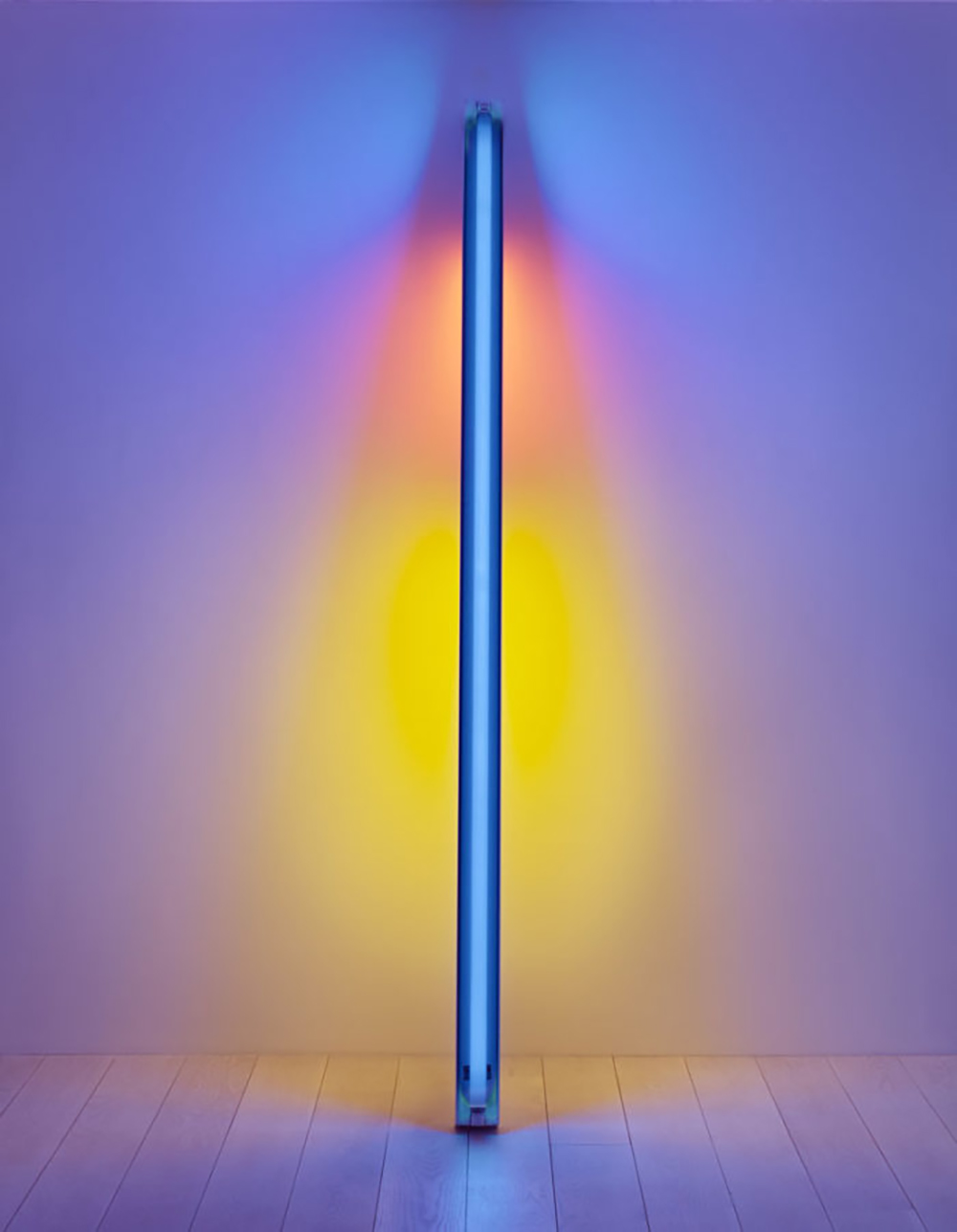 The mid-1960s in New York was a time when the elaborate and color-filled canvases of Abstract Expressionist painting and Pop art were the dominant creative tendencies in the city. The work of this younger generation of artists was deliberately intended to lead in a completely different direction. Inaugurated by Sol LeWitt’s ‘structures,’ Dan Flavin’s radically simple and transformative light installations, and the writings and ‘specific objects’ that Donald Judd had begun to make, these artists embraced such things as simple structures, monochrome abstraction, elementary geometry, and the straight line as part of a wholly new and incisive language of pure form. Operating independently from one another, each of the four artists represented in this show developed their own unique way of working – what Sol LeWitt was to call a ‘grammar.’ And this simplistic (or minimalist) ‘grammar,’ once established, was to remain largely unchanged in their work throughout their careers. 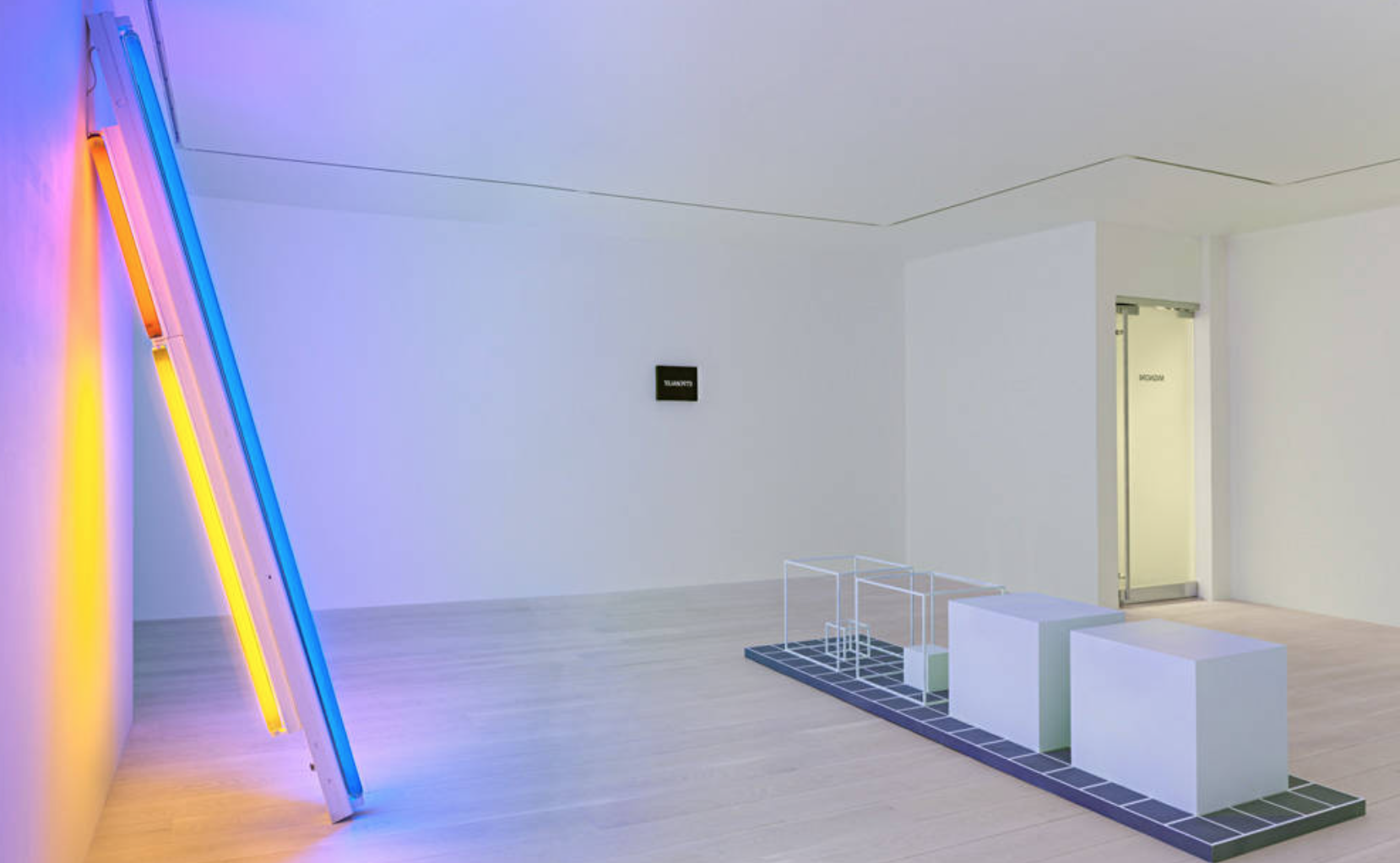 Carl Andre’s work is also a sculpture of placement. The only one of these artists to actually refer to his work as ‘sculpture,’ Andre’s work, like Flavin’s, was a conscious articulation of the space wherein it is situated. Evolving out of a conventional carving tradition in sculpture, Andre transformed his approach and decided that ‘rather than cut into the material,’ he would subsequently ‘use the material as the cut in space.’ In the same way that Andre’s sculptures can be seen as material incisions in space, On Kawara’s Date Paintings are painterly incisions in time. Consisting of a sequential series of painted dates accompanied by a newspaper clipping from the same day, such works as 10 Jan 73 are austere, temporal stepping-stones that simultaneously measure out the life of the artist and of the viewer. 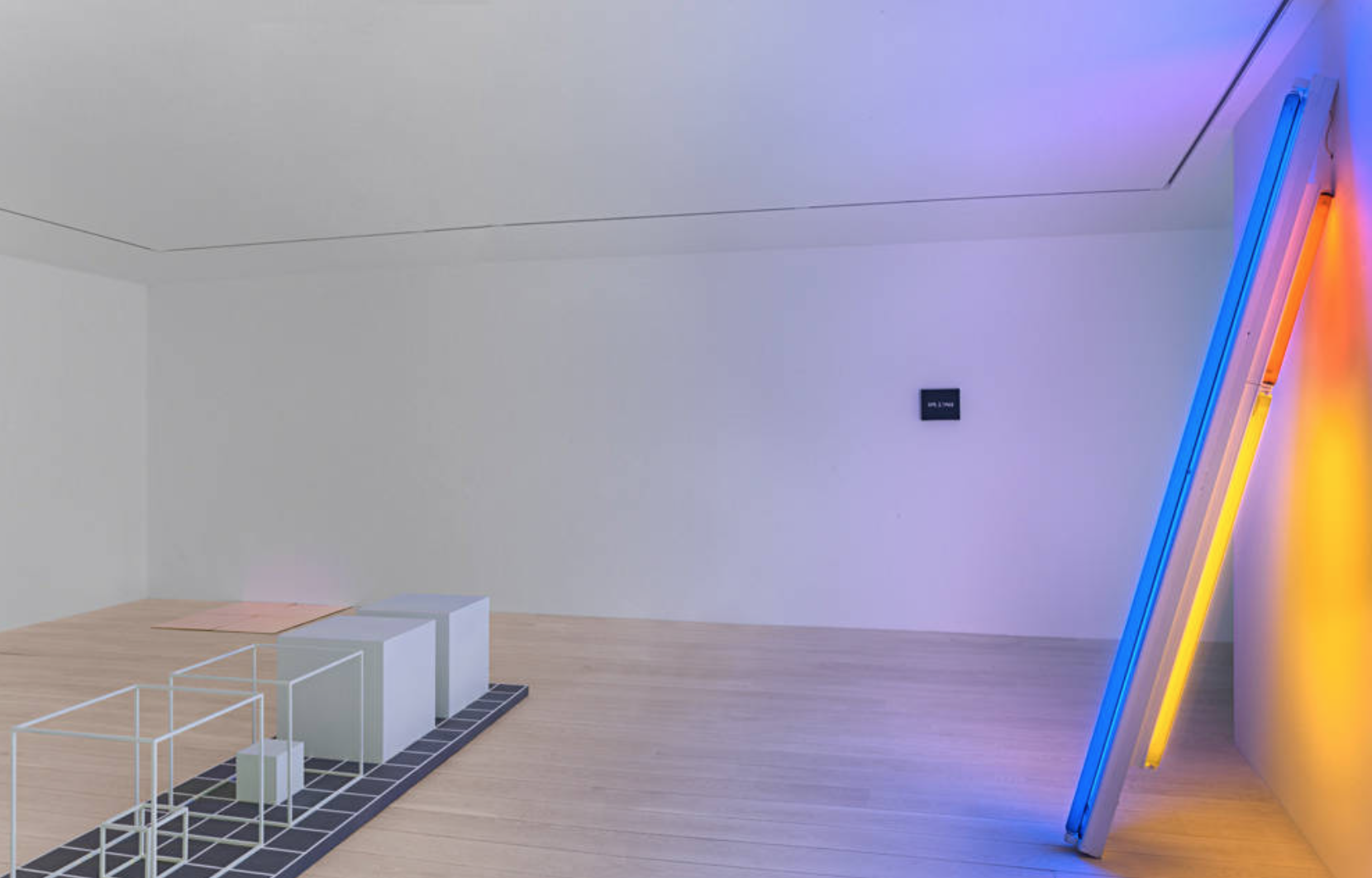 All these works therefore explore and expand a conceptual direction in art which itself came to dominate American and European art in the late 1960s and early 70s. Traditionally, On Kawara’s work has been distinguished from minimalism by being designated ‘conceptual’- yet the deliberately simplistic form and style (or ‘grammar’) in works, such as his Date Paintings, is distinctly minimalist. As with much conceptual art, On Kawara’s paintings are ones that have adopted the formal language of minimalism as one of seriousness, truth, directness, and reality. Similarly, the approach to form and space shown in the work of the so-called minimalist artists – Andre, Flavin and LeWitt – is a distinctly conceptual one. For them, the idea behind the work is often more important than the manner or means of its execution. This is one of the reasons why they adopted a clean, industrial, non-distracting, ‘minimal’ language of form in the first place. It is also why so many of their works are accompanied by written certificates that serve to both describe and define them. ‘If one wishes to understand the art of our time one must go beyond appearance,’ Sol LeWitt insisted. ‘There has been much written about minimal art,’ he wrote, ‘but I have discovered no-one who admits to doing this kind of thing…The kind of art I am involved in is conceptual art. In conceptual art, the idea of concept is the most important aspect of the work…The idea becomes a machine that makes the art.’ More importantly too, perhaps, LeWitt pointed to the universality and freedom of such an approach, by pointing out that ‘ideas’ are things that in the end, ‘cannot be owned, they belong to whomever understands them.’