Observing Flavin’s works a deception underlies the eye of the observer. One could think, at first glance, that the work of the American artist is based on light and its investigation. In reality what Dan Flavin wanted was to interact with the space and with the perception we have of it. 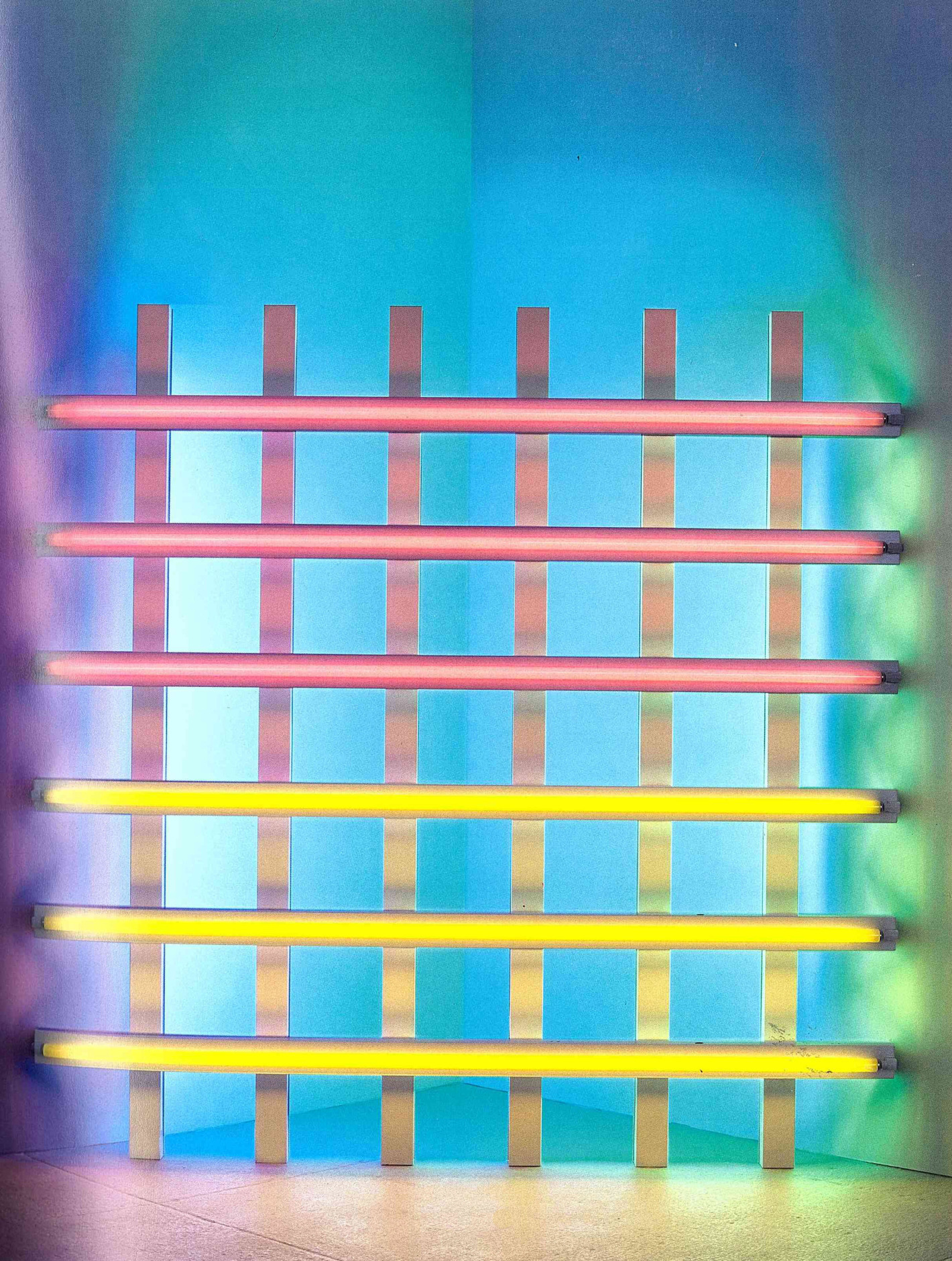 His neon lights shape the environments where they are placed, they circumscribe them, scanning them, hiding them, expanding them or shrinking them. In addition we also should not forget the use of colour which channels the perceptive process. His creations originate, as he said himself, from mental blueprints, thought out in great detail before implementing them. The practical activity following the planning though was often improvised, as if the work was the consequent result of a process he had already resolved in his mind which just lacked reification and to be expressed in contact with reality. 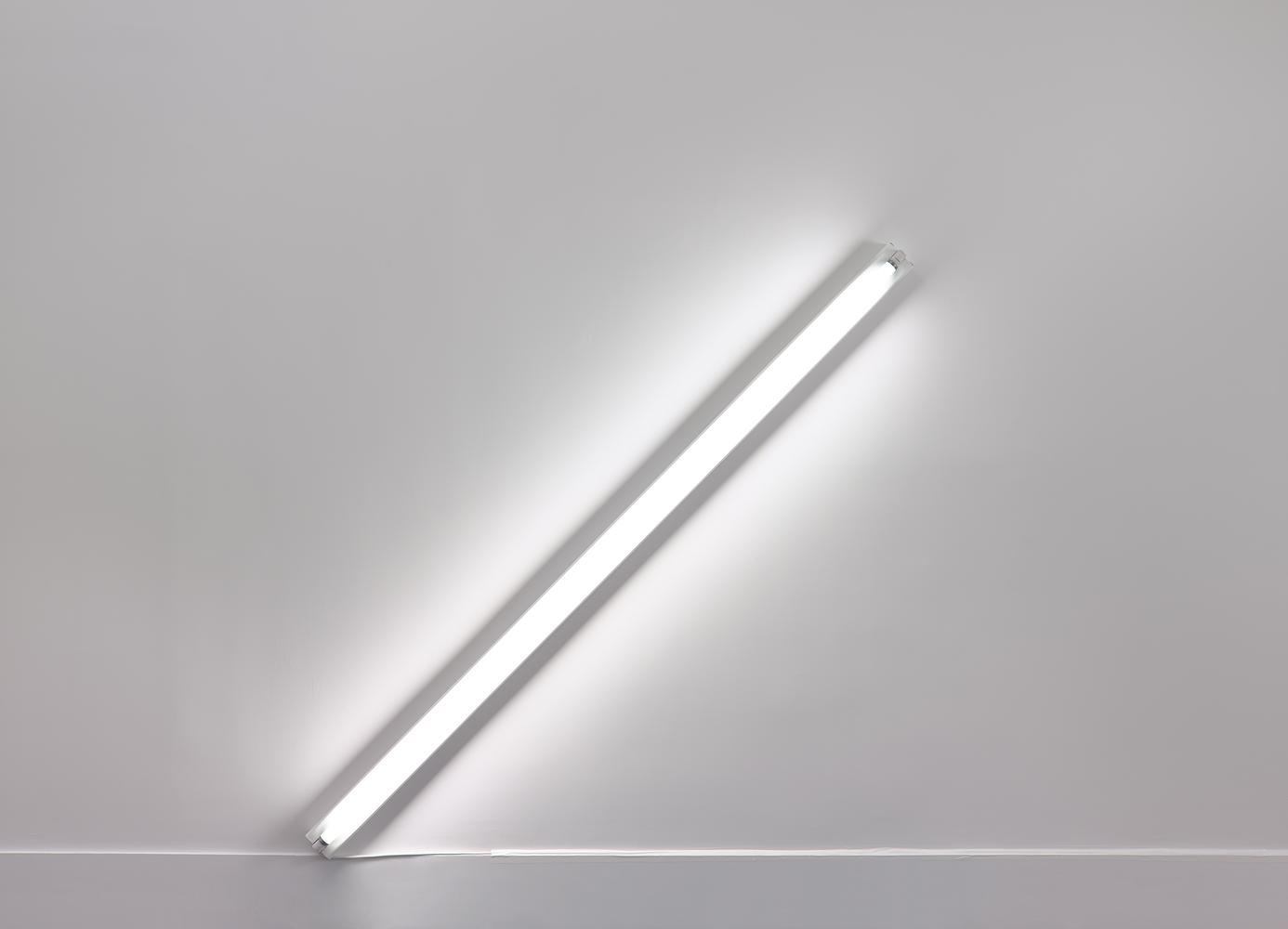 About his very famous piece “Diagonal of Personal Ecstasy” made in May 1963 he said: “I felt sufficiently founded in my new work to discontinue it. I took up a recent diagram and declared the diagonal of personal ecstasy, a common eight foot strip of fluorescent light in any commercially available color. At first, I chose gold. The radiant tube and the shadow cast by its supporting pan seemed ironic enough to hold alone. There was literally no need to compose this system definitively; it seemed to sustain itself directly, dynamically, dramatically in my workroom wall – a buoyant and insistent gaseous image which, through brilliance, somewhat betrayed its physical presence into approximate invisibility”.

The brightness of the neon tube makes its length hard to determine for the viewer’s eyes. Flavin used them as structural elements of the space around them, so that he preferred during the last decades of his career, to work on site specific installations, or on commission, rather than in his studio. The reason behind this choice is due to the fact that the essence of his works is at its most powerful when the neon lights disturb the spatial perception of the viewer, distorting the space where both the viewer and the piece are situated. The use of materials which are commonly available in retail shops as the only element of his installations is not to be intended as a will to salvage and to recycle an object but as a simple mean of realization of the artist’s vision and creativity. The simplicity and linearity of his approach, its minimalism, which is separated from any emotional dimension and intentionally detached allow, through the use of the light, great expressiveness and emotionalism. For example in  “Monument for Those Who Have Been Killed in Ambush” (1966), a cross shaped structure projects a red light from a corner in the room which impregnates the space recalling the idea and the emotions of a memorial. Nowadays Flavin is considered the pioneer of Neon Art, his achievement was to use the light not allegorically but as an element of perception, separating it from its symbolism and basing his works on a network of references which come to the viewer’s mind only at a later stage.