Karen Knorr: the elegance of humility. Unexpected contrasts between animals and humanity

Karen Knorr: the elegance of humility. Unexpected contrasts between animals and humanity 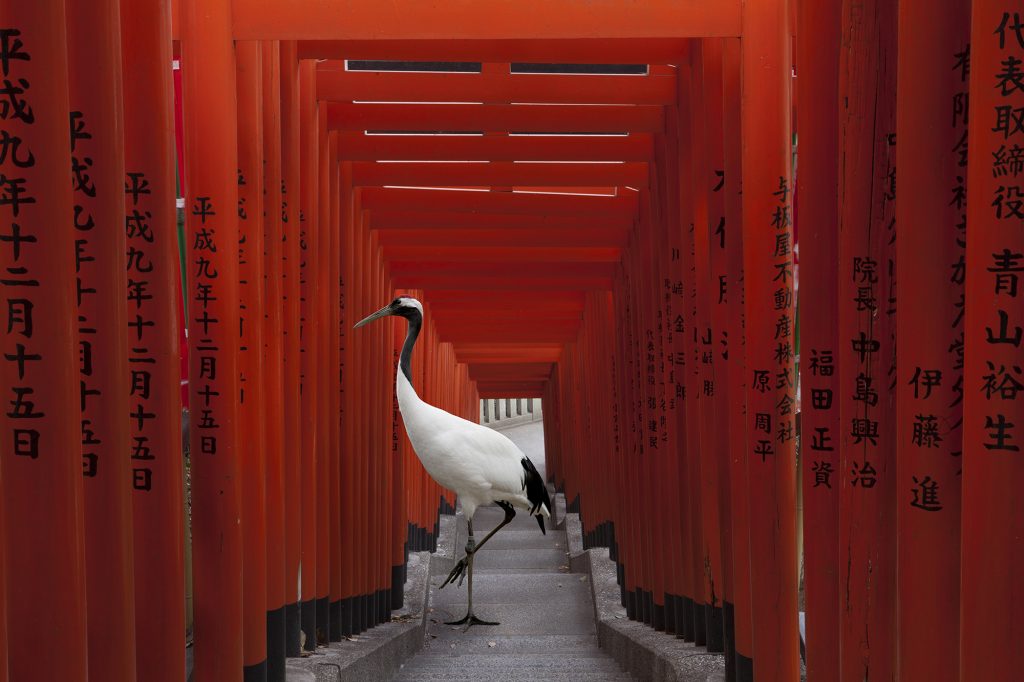 It is definitely not easy to portray another culture going through a deep change. The British class struggle during Thatcher’s government is a great example of a social transformation that the photographer Karen Knorr captured with her camera. Born in Frankfurt am Main, Karen Knorr grew up in San Juan (Puerto Rico) in the 1960s and finished her education between Paris and London, where she lived for most of her life. She immediately begun turning her interest towards the pratices involving the “politics of representation”, while exhibiting her works during the 70s and the 80s. “Gentlemen”, exhibited between 1981 and 1983, perfectly represents the British class system under the patriarchal conservative values during the Falklands war. 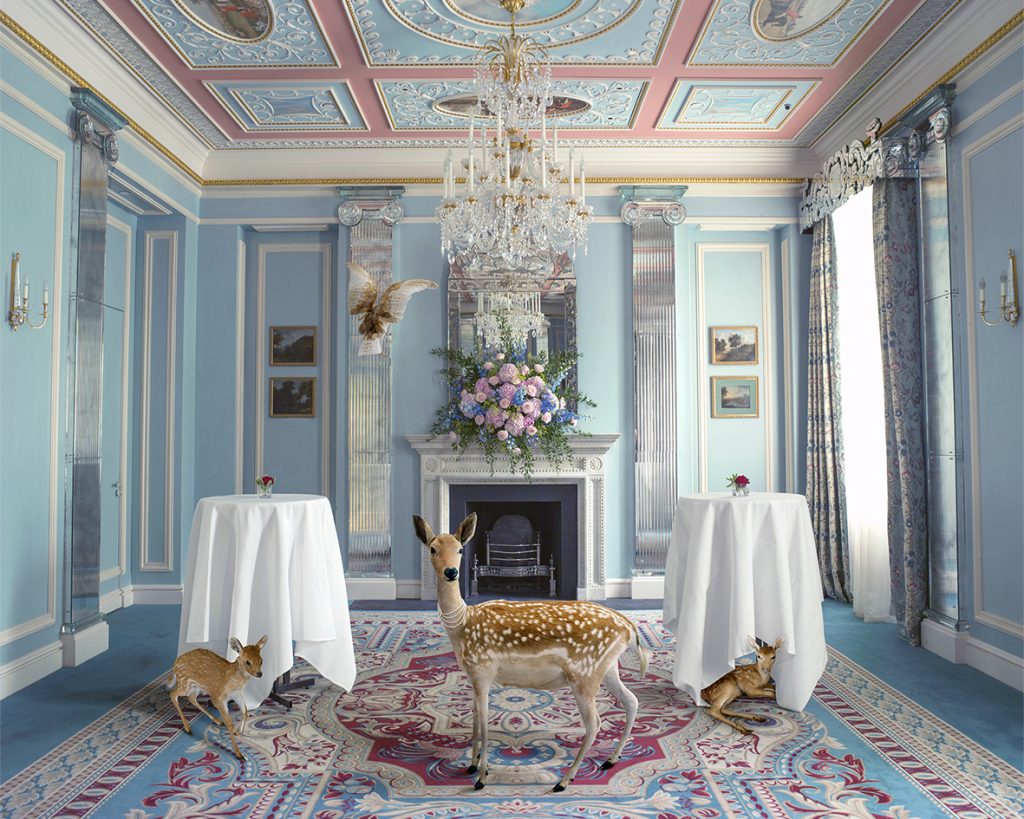 Her work captures an elegant loneliness in which every subject is left alone amongst luxurious furniture and lights. Karen Knorr pursued her artistic focus on British art heritage, whilst inserting uncommon elements such as wild animals and exotic birds. 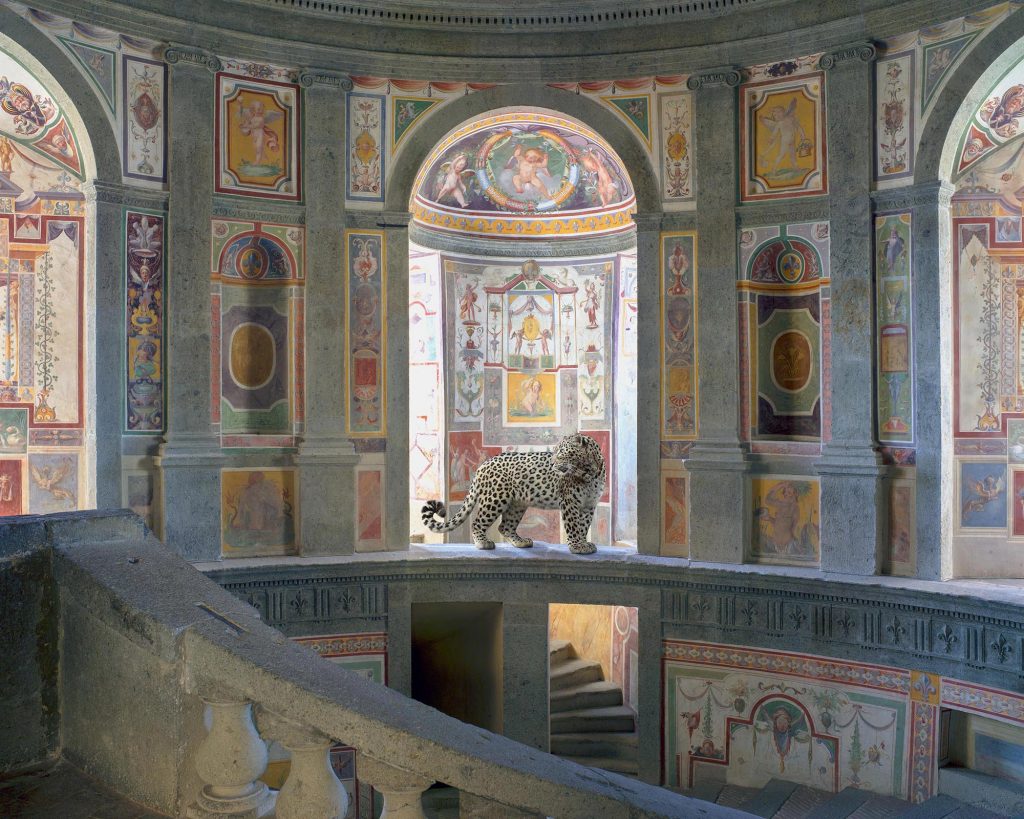 And so a new wave of artistic production was born, which took the photographer to a long safari among dreamy surroundings. In an empty corridor, a silent cheetah is sitting next to an imperial chair, while two deer are battling vigorously in a museum hall, with all the paintings hanging and quietly staring at them. While her search focused on the elements that lead humanity back to a more humble space than the one it currently is, her career brought her to open a dialogue with future generations. Indeed, she is now Professor of Photography at the University for the Creative Arts in Farnham, Surrey. 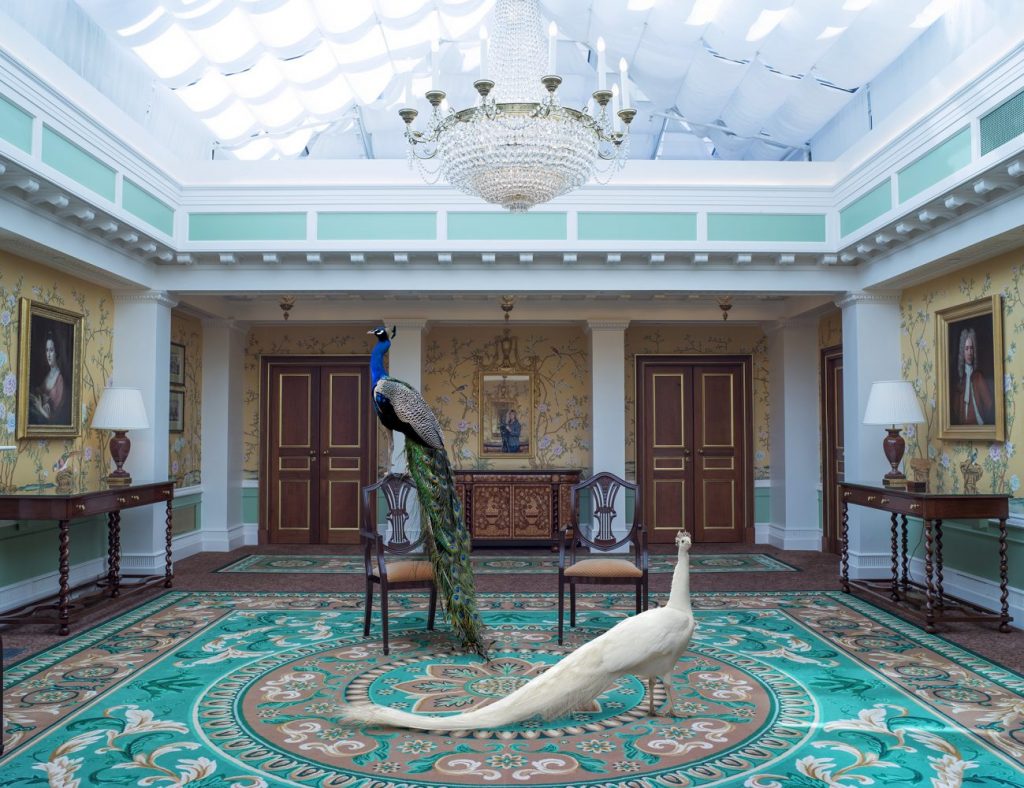 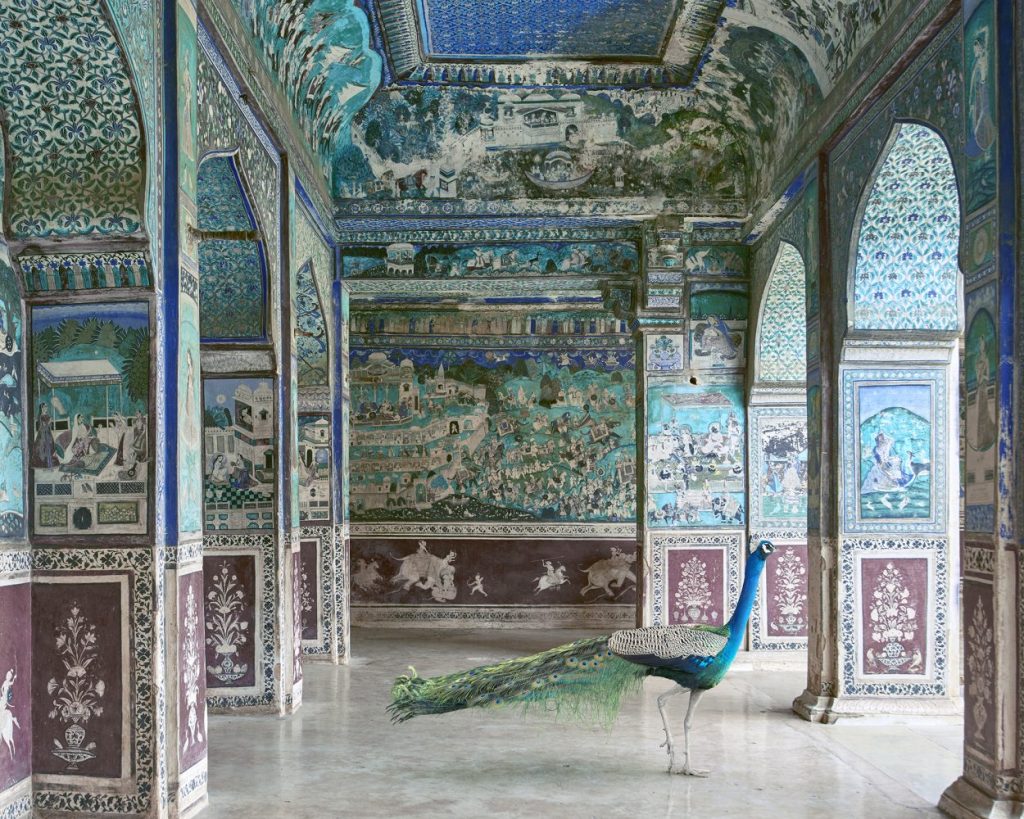 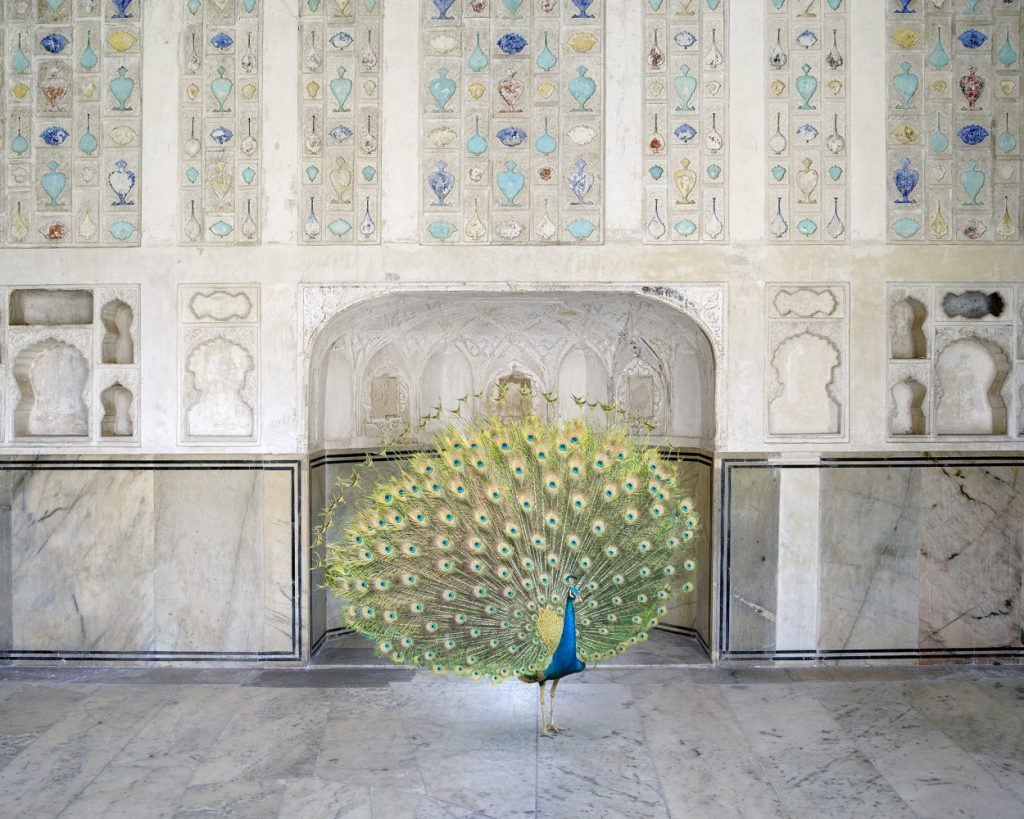 This contrast between pure search for conceptual freedom with the challenge of passing it down to future generations lead Karen Knorr to investigate more on the substantial interrelationship between humans and animals. Her photography lead her to explore new worlds and cultures, but the core of the research remained directed to the heritages different cultures keep within modern codes, and her exhibition “Academies” had a great success in the following years. Between 1994 and 2001 Knorr travelled throughout Europe to depict the ongoing culture and its consumptions. The 2000s were years of intense production where the artist mixed analogue and digital photography in order to represent a composition of Ovid, Aesop and La Fontaine’s tales, and the popular culture’s imagery of Disney and Attenborough. 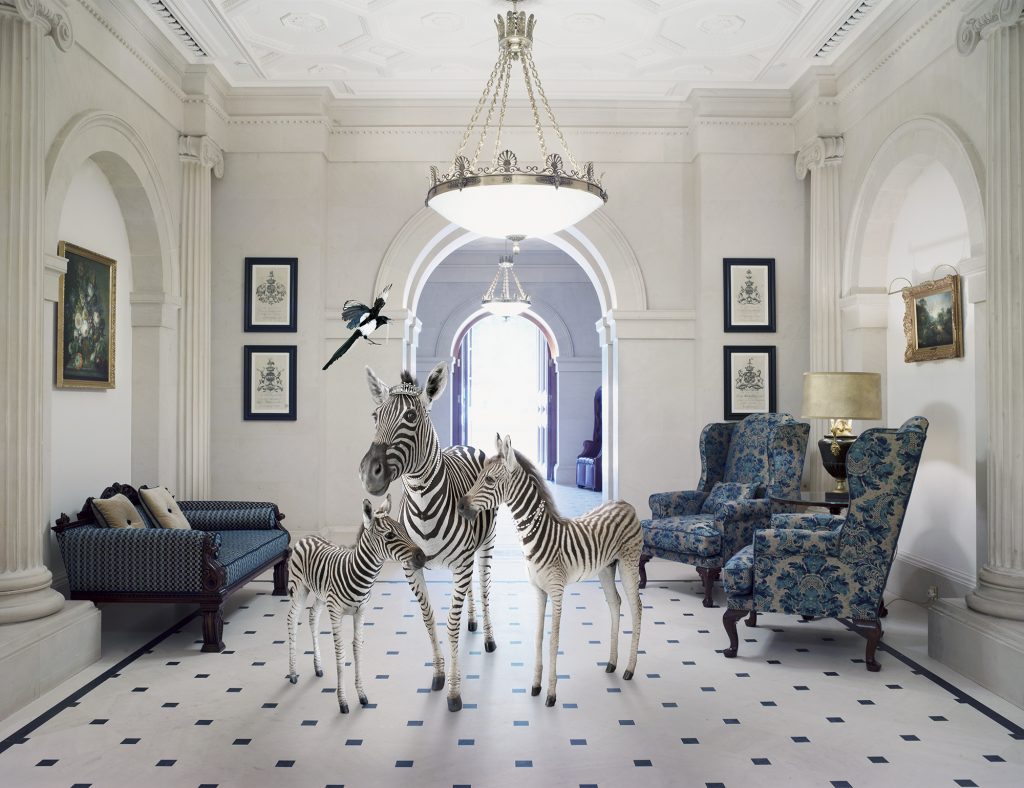 Peers of the Realm

“Tales”, the name of the exposition, was produced between the 2004 and 2008, when the artist often spent time in Paris’ cultural environment. During the years she never stopped travelling and, after the life-changing trip to Rajasthan (India) in 2008, Karen Knorr still continues to investigate the feminine subjectivity and the animal realm. This small change on her path allowed her to depict a new side of human weakness and her journey to Japan in 2012 enriched the long open dialogue about the relationship between humans and other creatures. Whilst still looking for a new point of view on the subject, Knorr is now developing her upcoming works in Italy, India, Japan and USA.